One of Us: Conservative Firebrand Christine Flowers

Delco’s controversial syndicated columnist — and immigration attorney — talks about her cricket phobia, what she has in common with Tina Fey, and why she’s tired of people saying she looks like a certain sorta-hot right-wing lady. 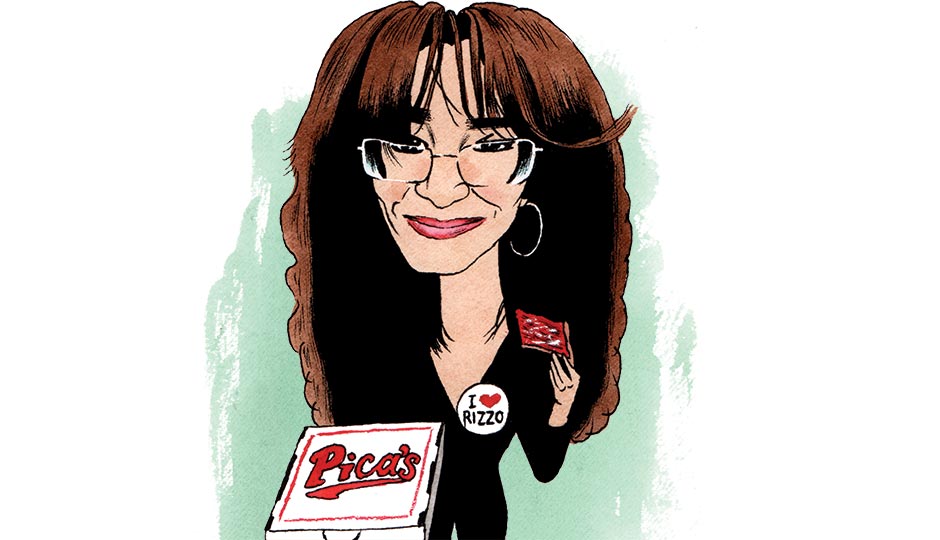 My name is … Christine Marie Rachael Flowers. That’s my confirmation name. My mom got the idea crossing the Christina River. I’m glad it wasn’t the Schuylkill. My dad wanted to name me April, but my mom said with a name like April Flowers, I’d end up on a marquee at a burlesque club.

People call me … Chris or Christie or Christine or four-letter words.

I grew up in … Logan and then Delco, around the corner from Tina Fey. We have two things in common and nothing else: where we grew up, and the fact that we think Pica’s is the best pizza in the country.

I went to school … on the Main Line — the R5 education. Merion Mercy, then Bryn Mawr College, then Villanova Law. Sixteen years of single-sex education until I got to Villanova.

If you really want to piss me off … tell me I know nothing about football, or that I don’t have the right to an opinion on parenting just because I’ve never birthed a child.

I buy most of my clothes at … Kohl’s.

The best decade was … the ’70s. That was the happiest time for me.

My first car was … a Country Squire station wagon with the wood paneling. It was the bomb.

I love to collect … old 45s of people that nobody admits listening to anymore, like Neil Sedaka, the Captain and Tennille, Bobby Sherman and the Carpenters.

I wish people would stop … telling me I look like Sarah Palin. I went into Wawa yesterday and some random guy said it again. Happens at least once per week. Yes, she’s hot, but I don’t look a thing like her!

My relationship status is … exactly what I want it to be. I’m not married. Am I available? Depends.

I decided to become an immigration attorney because … it was the one way I could prove to my father that I could do something with a French major and still make money.

The biggest problem facing Philadelphia today … is that Philadelphians don’t realize what gold we have, and we’re constantly trying to pull each other down.

My biggest phobia is … crickets. I once overturned a bag of crickets that we feed to my nephew’s bearded dragon, and there were crickets everywhere. The next day I put on my boots and there was a cricket in there.

I learned to write … because yelling about my feelings got me detentions.

One bad habit I cannot break is … leaving my hair in the sink.

When Donald Trump won the election … I smiled and thought, Oh my God, I am going to have material for columns for the next four years.

Published as “Christine Flowers: One of Us” in the June 2017 issue of Philadelphia magazine.