Listen to the Latest “Pushback” Podcast: The Burdens and Privileges of Being the Face of a Movement 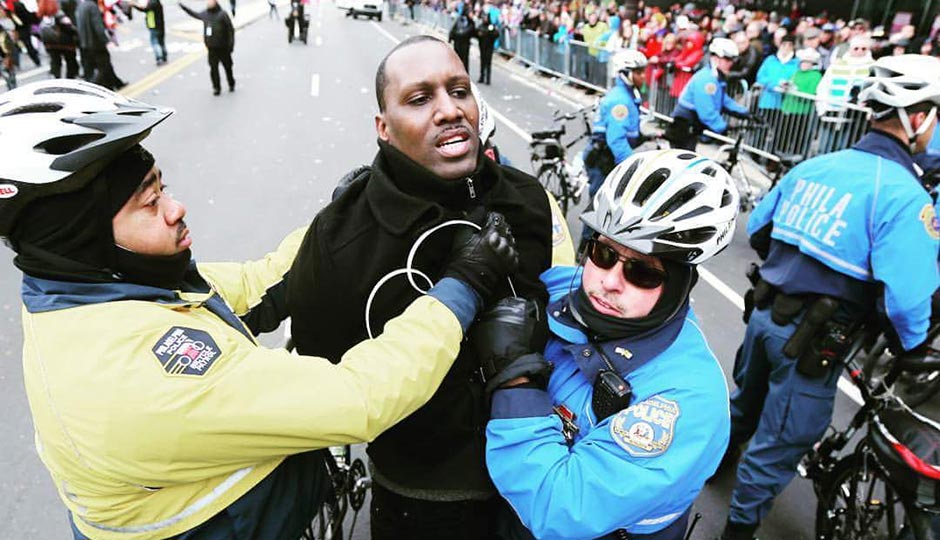 The latest episode of “Pushback,” the podcast co-produced by Philly Mag and WURD, is now available. Listen and subscribe to the podcast on iTunes, or check it out below.

On any given day in Philadelphia, you’re likely to hear Black Lives Matter activist Asa Khalif – whose 26-year-old cousin, Brandon Tate-Brown, was shot and killed by a police officer in 2014 — on the radio. At the same time, you may flip on TV news to see him condemning the latest reports of police violence and racism in our region and speaking on everything from the inequities of stop-and-frisk numbers to discrimination in the Gayborhood.

Khalif might be Philadelphia’s version of Deray McKesson, Shaun King, and Jamal Green — activists who have emerged from the Black Lives Matter movement as memorable personalities on whom the news media often relies for commentary.

Khalif is ubiquitous in local media – his blunt style makes for great radio and television (though not everything he says is safe to print) — but don’t call him a celebrity. “I never liked putting myself as someone who’s a leader,” he says. “You’ve never heard that come out of my mouth.”

Sought or imposed, rejected or embraced, celebrity has affected Khalif’s life for good and bad. His endorsement of a candidate – Larry Krasner, a white man – for district attorney of Philadelphia has been repeated in numerous publications to tout Krasner’s support in black communities. At the same time, his endorsement has also received criticism. Khalif has won awards for his work — in June, he’s set to receive the Lucien E. Blackwell Guiding Light in the Community Award at City Hall — but not everyone is a fan.

Some in the activist community have labeled him an opportunist – a common charge leveled at popular black activists throughout history – and say that his Black Lives Matter Movement Pennsylvania branding is too close in name to Black Lives Matter Philly, a sanctioned chapter under the national network, thus causing people and news organizations – like Breitbart, who ran a story about the Philly chapter using an image of Khalif – to become confused.

Khalif recently appeared on Pushback, a social justice podcast produced and distributed by Philadelphia magazine and WURD Radio, to discuss the burden and privileges of being the face of a movement. Listen below, subscribe on iTunes, and share with your friends.