The Best Thing That Happened This Week: Philly Did Philly

The NFL draft and the Penn Relays? Whatever. Bring it on. 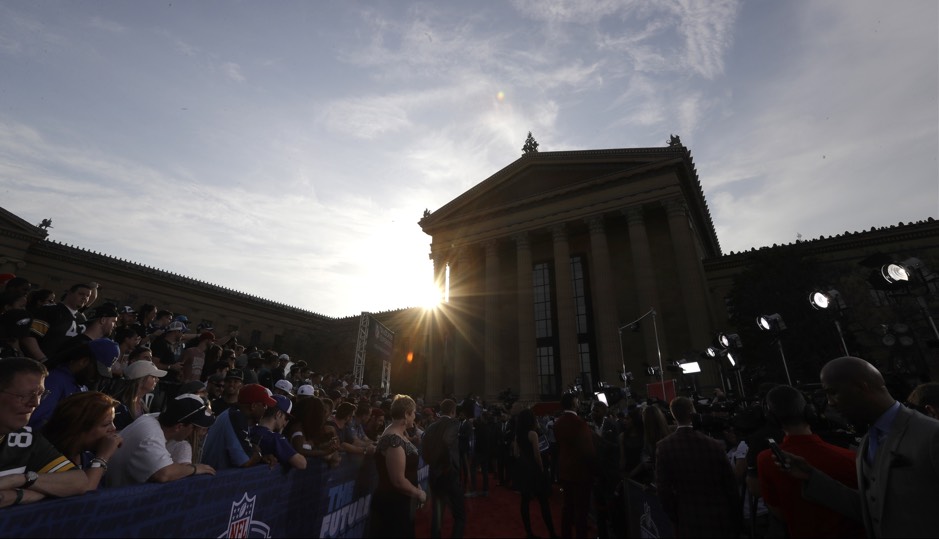 Fans and media gather on the red carpet before the first round of the 2017 NFL football draft, Thursday, April 27, 2017, in Philadelphia. AP | Julio Cortez

Some cities might have been thrown for a loop by all that went on here this week, between the NFL draft, the Penn Relays, and the first really summer-ish weather. Not Philly. We smiled at the wide-eyed strangers in our midst, waited indulgently in traffic for packs of roving bruhs, made way for the odd feminista uprising, waved at all the cops. We booed Roger Goodell with lusty pleasure. We booed first-round Eagles pick Derek Barnett. (Welcome to Philly, kid!) We gave hometown hero Haasan Reddick, the Temple walk-on who went to the Cardinals just ahead of the Birds’ pick, the biggest cheers of opening night.

Sure, people who live near the Parkway griped about the inconvenience. But Philadelphians always gripe about inconvenience; why do you think we gave birth to Wawa, the world’s greatest convenience store? The fact is, we’re getting pretty darn good at being the center of attention, what with the Pope, the DNC and now this. We know how to throw a party. Look at us, putting on our big-city pants! Philly’s all grown up.