We chat with the queer Latinx community leader about being a member of the Mayor's LGBT commission and what's next for Mazzoni Center. 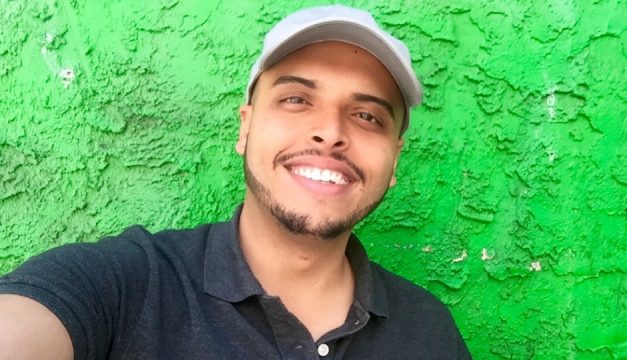 Anthony Leon is the youth education manager at Mazzoni Center and a member of the Mayor’s Commission on LGBT Affairs. We chatted with the queer Latinx community leader on improving LGBTQ issues within government institutions and what he’s looking forward to after the recent leadership changes at Mazzoni.

Tell us a little bit about yourself.
I moved to Philadelphia in 2013 after lip-syncing for my life in front of my best friend (and former boss) Louie Ortiz and a few others at Mazzoni Center. I was born in NYC and grew up there as a kid. My family moved to Lancaster shortly before I started high school. When I’m not working as the youth education manager at Mazzoni, I can be found hanging out with friends in North Philly or inboxing Louie a funny GIF. Louie and I also work on the Gran Varones (a project that highlights the experiences and stories of Latino gay and queer men) whenever he is in town. Currently, I’m wrapping things up at work and getting ready to start law school in August.

You are a Latinx queer community advocate. What motivates you to serve in the multiple intersectional communities you belong to?
I never had the privilege of becoming “woke,” as some may call it. I grew up a kid in the Bronx and East Harlem in the ’90s, when Rudy Giuliani was mayor of New York City. Institutional police brutality, inadequate schools, and kids that went to bed hungry were a daily thing in my neighborhood. I had no choice but to understand that working-class people and especially Black and Brown folks were being oppressed. I remember vividly walking down 117th Street in Manhattan with my father and aunt when a few cops rolled up and harassed every guy on the block. They even took one person inside an abandoned building to beat him up. This was before the Costco and condos opened up. I also remember watching the news the day the police officers that shot unarmed Amadou Diallo 41 times were found not guilty. I had so many questions, but no one could answer them because that’s just the way things were. I’ve sworn to myself ever since then that I would use my existence to stand up against oppression. That’s what motivates me to do some of the things I do.

As a member on the Mayor’s Commission on LGBT Affairs, how have you observed the connection between government and community engagement?
The Mayor’s Commission on LGBT Affairs and the executive director of the Mayor’s Office of LGBT Affairs are still both very new. Time will tell what community engagement looks like in that respect. As far as the demand for accountability and engagement within the LGBTQ community, we’ve seen elected officials recently stand up on the right side of history. City Councilwoman Helen Gym was very vocal and supportive of the patients and front-line staff at Mazzoni through recent events. I can’t even begin to tell you how much the staff at Mazzoni appreciated her calls for transparency. Councilman Derek Green introduced a measure that holds businesses in Philadelphia accountable when they violate the city’s Fair Practices Ordinance. I have to give a shout-out to my friend Sandra Garcia. She works for Senator Bob Casey, and as soon as I reached out to her she quickly connected me with his office. I can’t say that there has ever been a time when the city or its elected officials have been more engaged and responsive with the LGBTQ community.

This month has seen a lot of controversy surrounding Mazzoni Center. As an employee who has spoken out during these recent events, what pushed you go public?
Frustration and exhaustion pushed me to take very public actions. I know that there are many front-line staff and even some in management at Mazzoni that go above and beyond in providing quality services for the people that walk through those doors. However, there is a culture at Mazzoni Center that perpetuates white racial dominance within its management and leadership ranks. Anyone can look at the website and it becomes clear pretty quickly that folks with the word Manager or Director in their title are for the most part white cisgender individuals. Diversity at Mazzoni is a buzzword and a photo opportunity, not an actual practiced value. There is no accountability for senior management, and that is very evident with the way allegations of misconduct made against the-now former medical director have been handled. More important, I feel like staff have been lied to over and over again. A lot of that is the doing of the former CEO and the people that were complicit in holding her leadership up. It was time to hold them accountable. Although I was a little apprehensive because nonprofits have a history of creating excuses for retaliatory dismissals, I felt very empowered at the moment because other staff (about 70 “some individuals,” to be exact) were just as vocal about their frustration. I won’t name them, but there were several other brave individuals who did a lot to make that walkout and petition happen. It became clear that this was front-line liberation and the structure in place was coming down one way or another.

Now that there’s been some major leadership changes at Mazzoni, what are the next steps staff members are requesting to bring about change for the community?
Mazzoni Center has an opportunity right now that isn’t given to many organizations that have been around for so long. It will have new leadership and a new building. It’s up to the board and current front-line staff to make change happen, and the community needs to continue hold them accountable. I know staff are demanding: a formalized on-boarding process for the board of directors with a focus on governing/guiding versus fundraising (and that this process be shared with staff); amending the board’s bylaws to promote a more inclusive & diverse group; formal staff representation at board meetings; formal staff representation at upper management meetings; formal staff participation as well as voting power in the hiring of new staff and leadership; and so much more. I know some of these demands might come as a shock for people that are accustomed to doing things a certain way, but we’re just trying to make Mazzoni an even better place.