Excited About Tax Reform? Don’t Be.

The money the feds want to put back in your pocket is going to come right back out for funding-starved state and local governments. 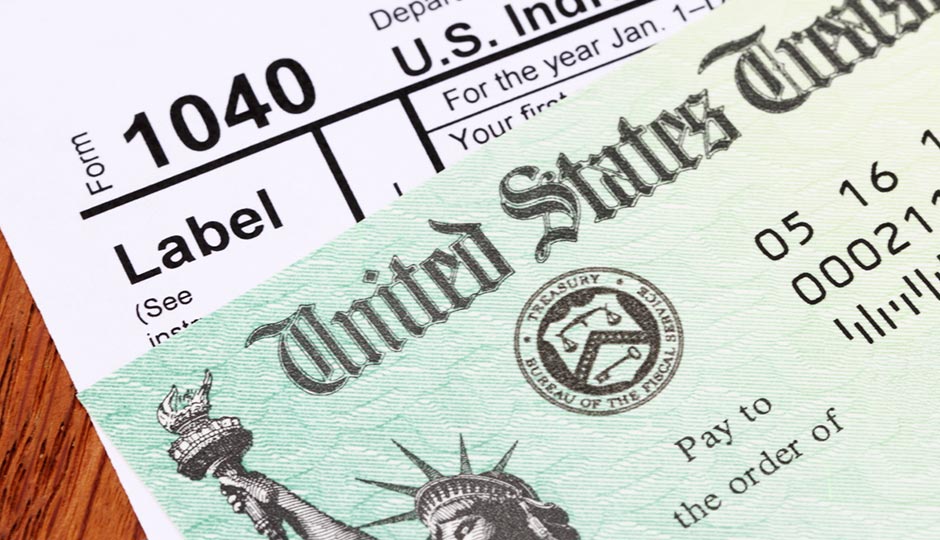 It’s tax deadline time, and regardless of whether we’re receiving a refund or we owe money, most of us usually take a moment to look at our returns and reflect and on just how much we’re paying to the government. Sure, we know that taxes are a necessity and we’re all willing to pay our fair share. In fact, a Gallup poll released last week found that 61 percent of us believe our federal income tax is fair. But that same poll also concluded that more than half of us still feel that our taxes are too high. So if we could pay a little less, that would be nice too.

That’s what the Republican party believes. Which is why tax reform is such a high priority on their agenda. The Trump administration and congressional leaders feel that making the system less complex and — most important — lowering tax rates for both individuals and businesses will spur economic growth and investment. That’s the reason behind their push for tax reform.

We’re told that federal tax reform could put a lot of money in our pockets, and it’s hard to argue against that. The latest proposals would bring down both individual and corporate rates. They would lower capital gains taxes depending on income levels. They might punish companies who have parked money overseas and those that manufacture goods outside of the U.S. and sell them here. They could eliminate the estate tax while still keeping important deductions for mortgages, charities, and childcare. There’s also a potential, if Congress can pass a healthcare reform bill, that our Medicare and other payroll taxes could be cut as well.

What would you do with this extra money — spend it? Save it? Buy a new house? A new TV? Invest? Whatever you decide to do with your money, many feel that it would be better for the economy than if it just went into the governmental black hole.  But, there’s a problem. Even if the federal government passes tax reform, our taxes will probably not go down very much. That’s because the federal government is not the only government that collects taxes.

States like Pennsylvania are facing huge potential shortfalls in federal funding if either tax or healthcare reform legislation is passed — or if both are.  Potential changes in Medicare funding that will give the commonwealth a fixed “block grant” instead of matching current need levels will force the state to make cuts. Budget cuts of as much as 30 percent are on the table for some federal departments – many of which provide grants, subsidies, and other monies to our commonwealth and its institutions. More cost reductions will be needed to pay for the currently proposed tax plans, which some research groups say will add as much as $10 trillion to the national debt at the government’s current spending levels. Although the Republican-controlled legislature in Harrisburg has resisted any tax increases, there are few remaining options available to confront the commonwealth’s $3 billion deficit, let alone the potential loss of funding from Washington.

“Our solution is always to cut spending, but we know we’re at a pretty bare point right now,” said Rep. Jeff Pyle (R-Armstrong) in this Penn Live article. “So we know we have to come up with some revenue.”

Townships, municipalities, and cities like Philadelphia — where I live – could also face huge shortfalls. Philadelphia, for example, continues to deal with massive pension and healthcare liabilities, and relies on both the federal and Pennsylvania governments for subsidies. Just within the past few weeks, the Trump administration has threatened to withhold payments to “sanctuary cities” which, in its opinion, don’t provide information on illegal immigrants to the federal government. Philadelphia is among those cities. The mayor’s fiscal year 2017 budget proposal continues to run an operating deficit (although lower than in prior years) and alarmingly doesn’t address what would happen if the cash currently coming in from the federal and state governments dries up. Sure, income and business taxes are holding steady and the mayor is hoping to reduce these over the next few years. But that could quickly change.

Besides hikes in income taxes, where else would this money come from? More taxes on the stuff we buy, like food, alcohol, or other future lifestyle choices we make that are deemed by the government to be “unhealthy.” Higher real estate tax assessments. Increased rates on school taxes. Added and new fees for state and city services – from taking the turnpike to putting gas in our cars, parking, and applying for permits and licenses. You can call it whatever you want, but if you’re paying money to the government, it’s just a tax.

So sure, federal tax reform is great. But don’t get too excited. It looks as if whatever we might save in federal taxes will likely be paid, in some form or another, to the state and city.