The former Pa. governor said incumbent Alan Butkovitz has been in office for "far too long." 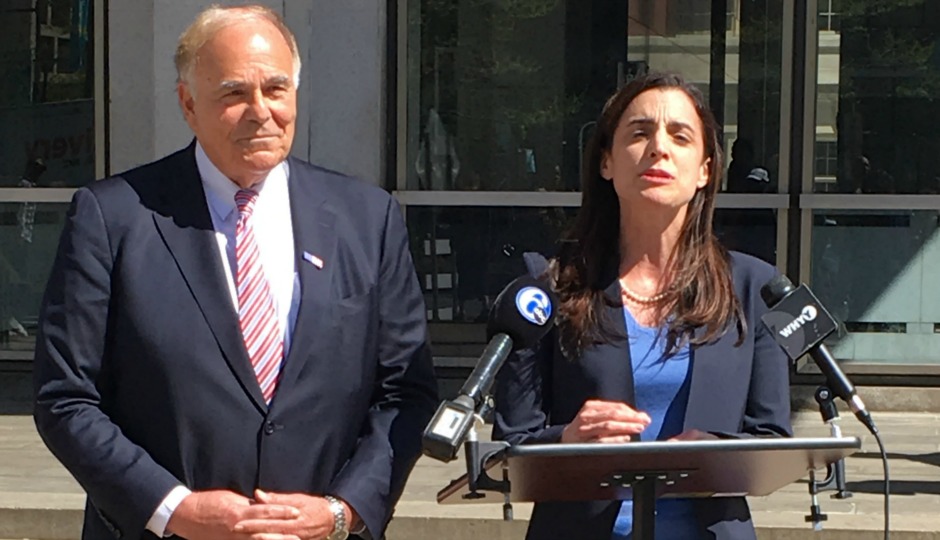 Rhynhart, 42, stepped down from her role as Mayor Jim Kenney’s chief administrative officer shortly before she announced her run against third-term incumbent Alan Butkovitz last December.

At a press conference held outside the Municipal Services Building this morning, Rendell said Rhynhart is not only “extraordinarily qualified for the job, but she also represents the change the City of Philadelphia needs.”

“The incumbent, Alan Butkovitz, has been in office for 12 years, far too long,” Rendell said. “The Mayor is term-limited to two terms, and a fourth term for Alan would clearly not benefit the citizens of Philadelphia. We need an aggressive controller who will act as an independent auditor of all aspects of the city’s finances to achieve savings of potentially millions of dollars in waste and unfound dollars that could be going towards important city services, support the School District or back into taxpayers’ pockets.”

Rendell’s support comes just one week after Rhynhart was endorsed by the Philadelphia chapter of the National Organization for Women. Speaking at the press conference this morning, Rhynhart said Rendell’s backing “means a great deal to me and I am grateful for his confidence and for his vote.”

Prior to joining Kenney’s administration, Rhynhart served as the city treasurer and finance director under former Mayor Michael Nutter – a position that many (including Butkovitz himself) claim puts her at add with Butkovitz, who has long feuded with Nutter, most recently about the city’s controversial Mayor’s Fund.

In an interview with City & State, Rhynhart said her decision to run for city controller had little to do with Nutter.

“I am my own person running for office,” Rhynhart told the publication. “And I am extremely qualified, with all of my years of financial experience and a master’s in public administration from Columbia. I’m very well qualified for this job, and I’m running because I want to make a difference.”

Rhynhart and Butkovitz will hold two public debates before the Pa. primary in May – first on April 27th at Springside Chestnut Hill Academy in Chestnut Hill and again on May 9th at Industrious Philadelphia in Center City.