After a week of speculation surrounding his sudden paid leave, the nonprofit's board confirmed the longtime staffer's resignation. 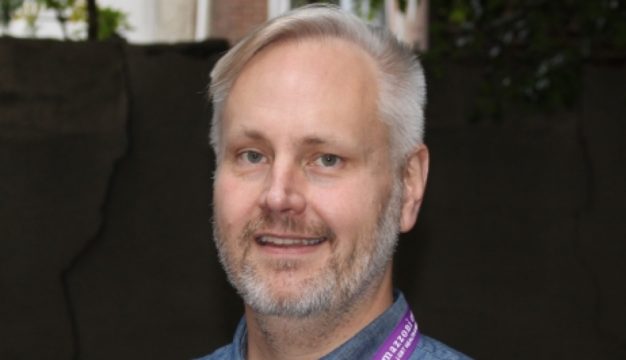 After a week of speculation and public outcry from community members over the suspension of Mazzoni Center medical director Dr. Robert Winn pending the outcome of an investigation, the nonprofit’s board confirmed his resignation on Friday morning. The announcement follows a private Mazzoni executive session board meeting held on Thursday night.

The board released this official statement to G Philly:

Statement from Jimmy Ruiz, MD, on behalf of Mazzoni Center’s Board of Directors

On April 13, 2017, Dr. Robert Winn tendered, and we accepted, his resignation as medical director of Mazzoni Center. We have taken immediate steps to ensure his patients are cared for by our medical team. Additionally, Dr. Shanin Gross has been named acting medical director, and will be working with an internal leadership team.

Caring for our patients is paramount. Through our staff of 140, Mazzoni Center provides much-needed access to high-quality, comprehensive health and wellness services for the 35,000 patients and clients who pass through our doors each year in a safe, LGBTQ-focused environment.

I also want to emphasize that Mazzoni has not previously ignored and is not now ignoring any allegations. There is zero tolerance at Mazzoni for anything but best practices and appropriate care. In the case of the recent allegation concerning Dr. Winn, our CEO immediately initiated a third-party, legal investigation which is not yet complete. This is a complex situation and we have an obligation to respect the rights and confidentiality of all parties. We also have an obligation to help ensure that the conclusions we reach are based on facts. The Board and staff at Mazzoni will continue to fulfill these commitments in a way that is confidential and thorough to protect everyone’s interests, especially our patients.

G Philly first reported on Monday that sources connected to Mazzoni Center claimed that Dr. Winn had been put on paid-leave suspension pending the outcome of an investigation whose nature they would not disclose. On Tuesday, a group of the nonprofit’s employees participated in a protest walkout, and on Wednesday Philadelphia Weekly reported that, according to a former board member, sexual misconduct allegations against Winn had first surfaced as many as five years ago. Dr. Winn has not spoken to the press about these allegations and has not been available for comment.

Mazzoni Center, the city’s only health center specifically focused on the needs of LGBT patients, has been under recent public scrutiny. Earlier in April, Gayborhood bar owner Michael Weiss resigned from the board after coverage of his role in the indictment of District Attorney Seth Williams; two other board members announced their resignation around the same time. In January, Mazzoni was one of two Gayborhood nonprofits currently complying with a racial bias training mandate from the Philadelphia Commission on Human Relations (PCHR) following an investigation into possible discriminatory practices at the organization.