Monarch Swim Club — the Northern Liberties pool where the buff and the beautiful like to drink and sunbathe — has accused former owner Brian Nagele of doing just that in a new federal lawsuit. 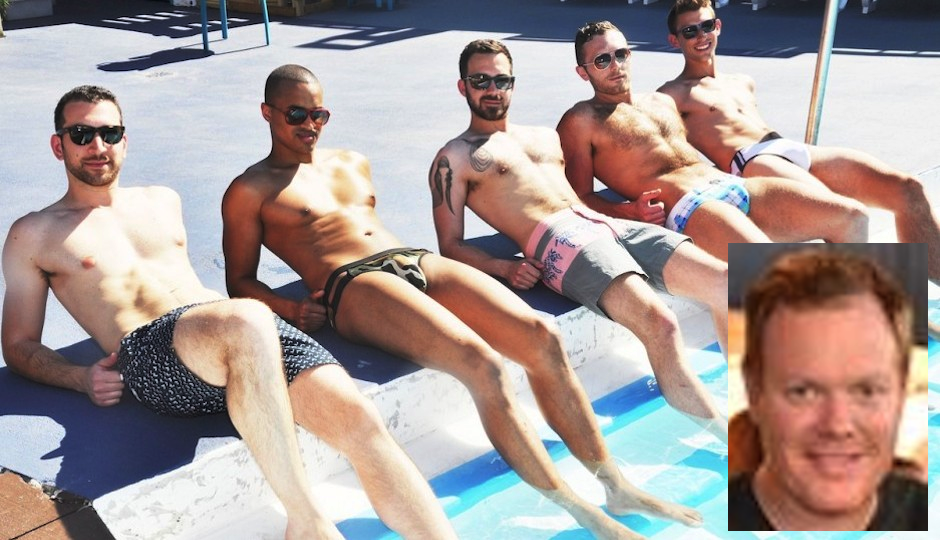 Monarch Swim Club is not your average swimming pool. At just over four feet deep, the seasonal pool at the Piazza in Northern Liberties doesn’t actually see much swimming. Instead, it’s where the buff and the beautiful go to ogle, drink, and work on their tans. But as management works to get Monarch ready for the season, a big old behind-the-scenes drama is unfolding.

New Monarch Swim Club owner Tim Lu has accused former owner and Philadelphia nightlife veteran Brian Nagele of selling “fraudulent” memberships to the pool at $350 a pop. These allegations — and more! — play out in a federal lawsuit that Lu just filed against Nagele in Philadelphia.

But before we can get into all those juicy details, we need to give you a brief history lesson on Monarch Swim Club, because a storied history it is.

The site originally debuted in 2011 as Arrow Swim Club, a private establishment with memberships priced at $1,000 for the season. High-profile DJs, bottle service, private cabanas, body painting — you get the idea. This was not the pool you’d be taking mom to when she comes for her August visit.

The entrepreneurs behind Arrow were Bart Blatstein, who still owned the Piazza at the time, and publicist and professional party-thrower Nicole Cashman, and the whole thing was launched with just the air of exclusivity that you’d expect. There was even a posh preview party at a nearby space — yes, a preview party for a pool that hadn’t opened yet — where the rich and famous-in-their-own-minds ate canapés, hung out with cabana boys and bikini girls, and went on and on about how fabulous Arrow would be.

Well, we’re not sure exactly how fabulously it all turned out, but less than one year later, a new pool owner was announced: Brian Nagele, one of two protagonists in the story at hand. (Nagele has not responded to requests for comment.)

For years, Nagele was the guy behind Philly2Night, a website that describes itself as the “guiding light to some of the best restaurants, bars, clubs, and events in Philly & AC” — and also a website that no one we know ever looks at — and now he apparently thought he wanted to be a pool club owner.

Nagele changed the name to North Shore Beach Club, which debuted in 2012 with lower membership rates. In 2013, Nagele found himself in hot water with the neighbors after he rented out the club to promoters: Things got out of hand, larger crowds than expected showed up, and noise complaints followed. Nagele cancelled all remaining private events for the summer.

Blatstein had tapped Nagele to open WAV, an ambitious nightclub inside Blatstein’s Playground in Atlantic City. A few months before WAV opened in April, Nagele entered into an agreement to sell Lu 49 percent of the pool ownership for $50,000. (Shortly after WAV opened, Nagele was charged in Philadelphia with making a false statement relating to an unemployment compensation case at North Shore; the charge was later withdrawn after $3,064.22 in unemployment compensation restitution was paid.)

Under the agreement with Lu, Nagele would continue to receive half of the door revenues at the pool through August 15, 2016, and then Lu would have the option to buy the remaining 51 percent of the pool company in October, which, according to documents included in the lawsuit, he did.

But by that time, Nagele’s situation had changed completely: WAV had imploded. As is so often the case in the murky nightclub business, it’s unclear exactly what happened.

In late June, rumors started swirling that the massive club was in trouble, and Nagele reportedly emailed staff the following: “Don’t feed the rumors, we are not closing … you and the remaining team are the core of the business. We have a big holiday weekend in front of us and it’s up to us as a team to push the promos and stop the rumors in their tracks. We will be successful as a team and WAV will prosper and you will make money.”

WAV did, in fact, have a big holiday weekend, and then right after July 4th the website went blank, the social media accounts evaporated, and the phone number stopped working. Employees were left in the lurch, and apparently some vendors were as well: New Jersey wine and spirits distributor Allied Beverage group later won a judgment against WAV and Nagele for $2,782.43.

And now, back to the pool.

According to Lu’s lawsuit, Nagele has absolutely nothing to do with Monarch and hasn’t since last year, but that isn’t stopping Nagele from allegedly selling fraudulent memberships to the pool.

Lu claims that Nagele was supposed to turn over all North Shore property to Monarch and that he has not. Case in point: the North Shore Beach Club website, which is currently offering 2017 memberships to North Shore for $350 — $50 less than the memberships that Monarch is offering. But more to the point, claims the lawsuit, Nagele is selling memberships to a pool club that no longer exists. 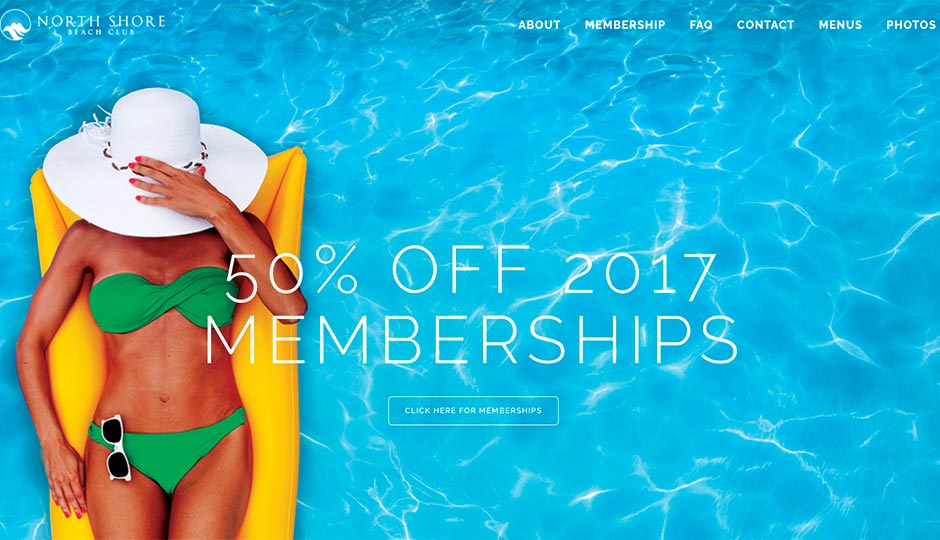 The homepage for the North Shore Swim Club. 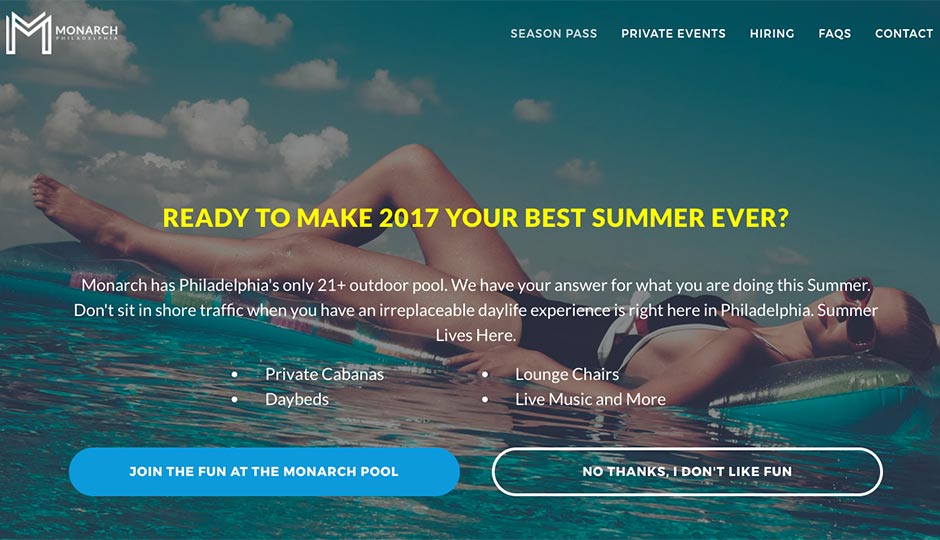 As the suit sums it up in its allegations:

The suit accuses Nagele of cybersquatting on the North Shore domain, and it seems that someone is actually running a Google ad campaign that pushes anyone searching for Monarch Swim Club to the North Shore site:

That site even lists the owners of North Shore as both Nagele and Lu, with accompanying photos:

From the “About” page on the North Shore website.

“And it’s a terrible photo of me,” says Lu, who is represented by Northern Liberties attorney Jordan Rushie. “I cringe at it.”

Lu says he was told by an attorney representing Nagele that Nagele has sold approximately $70,000 in pool club memberships. So what’s going to happen to all those people who show up, Hawaiian Tropic in hand, ready to bathe in the Northern Liberties sun?

According to Lu, he’s trying to work out a settlement that would allow Nagele to keep some of the money, assuming he’s willing to turn over the website and other intellectual property to North Shore, and Lu would honor the memberships that Nagele has supposedly been selling. But, says Lu, Nagele hasn’t accepted the deal. Hence the lawsuit.

Lu’s lawsuit seeks unspecified damages over $150,000, and he’s also asking a judge to issue a temporary restraining order that would prevent Nagele from selling memberships to the pool.

“I don’t think Brian walked into this deal trying to be malicious,” Lu observes. “But I think he’s in a situation where he’s backed into a corner, and he’s forced to make these wrong decisions. But in this case, it might be a criminal decision. And now he’s hurting my brand.”