Last week’s killing of three civilians and a police officer by an Islamic radical did not happen in a vacuum. 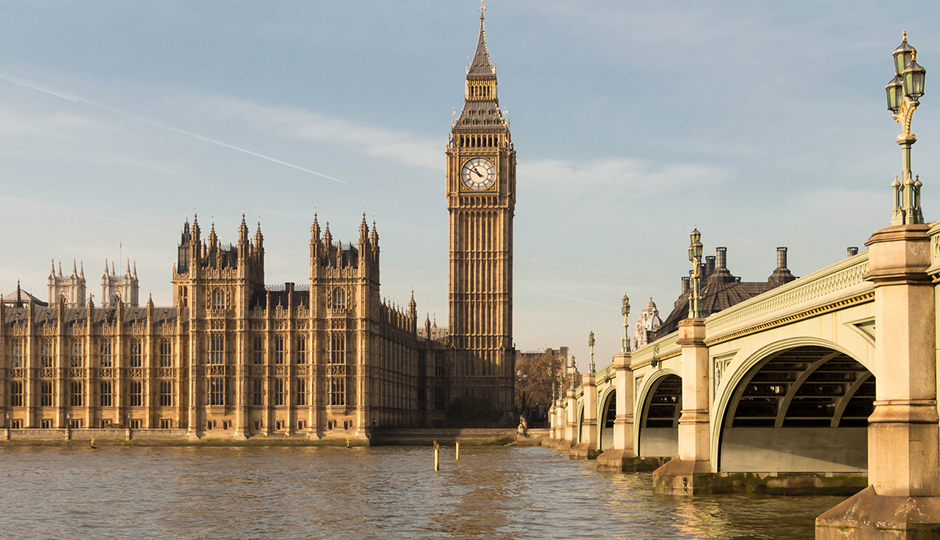 Westminster Bridge and the Palace of Westminster, the home of the British Parliament, in London. Photo by KovalenkovPetr/iStock

Last week’s deadly attack in London by Islamic radical Khalid Masood — in which he drove into crowds of pedestrians on Westminster Bridge and then stabbed a police officer in an attempt to gain entrance into Parliament, before being shot and killed himself — did not happen in a vacuum.

For a number of years now the city of London has been boiling over with radical Muslims calling for Sharia Law in predominantly Muslim neighborhoods. The clash of immigrant Islamic cultures with western democratic values is getting worse not only in the U.K. but throughout Europe. It’s not surprising that this uneasy situation has proved to be the perfect breeding ground for terrorists.

Members of the Britain First movement responded to the tragedy by saying that much of the blame rests squarely with the left, because it was the left that allowed “these people to come into our country.”

Bruce Bawer, an American author living in Norway and author of the book While Europe Slept: How Radical Islam is Destroying the West From Within, wrote: ”The pretentious, abstraction-ridden multicultural rhetoric in today’s politically correct world of journalism succeeds in whitewashing the execution of gays, apostates, adulterers, and rape victims” in the Muslim world.

Other commentators reminded us that London mayor Sadiq Khan infamously said such attacks are just “part and parcel of living in a big city” after the September 2016 Chelsea bombing in New York. There may be some truth to this statement, but to have heard it from the lips of London’s first Muslim mayor remains disconcerting. Why hasn’t Khan addressed the increasing radicalization of the U.K.’s Islamic communities?

Most troubling, of course, is the fact that the immigrant Muslim groups in Europe have avoided assimilation into the culture of their host countries, spelling disaster for progressive, modern democracies.

In the United States, political progressives often turn a blind eye to the dangers of radical Islam. Feminists here complain of date rape but withhold criticism when the subject is Islamic honor killing. They also talk about the war on women in Washington but casually overlook the possible subjection of women when it comes to the large numbers of hijab-wearing women in downtown Philadelphia.

In Center City recently I spotted a café with a sidewalk chalk board listing all the ‘hatreds’ the café does not support. Muslims were among the listed groups.

How silly, I thought — I don’t hate Muslims. I hate the ideology of Islam.

Is it really hatred to express concern about an ideology that is ultimately incompatible with western values? Is one guilty of hatred because he finds fault with Islam as a belief system, just as Voltaire, Winston Churchill, G.K. Chesterton, Alexis de Tocqueville, and John Quincy Adams did in ages past?

The left, of course, coined the word Islamophobic. Its meaning is open to interpretation, covering everything from a highly critical study of Mohammad’s life to unacceptable expressions of hatred toward individual Muslim people, which should always be condemned. If we were to judge the standard definition of ‘phobia’ as an irrational fear of something, then there’s nothing irrational about fearing whole-scale Muslim immigration from backward countries into heretofore highly liberated, free western societies.

But tell that to the doctrinaire left as they manufacture charges of “hate” faster than your local FedEx outlet can route packages. You’re a racist if you compare cultures; you’re a xenophobe if you say there’s a difference between legal and illegal immigration or question Philadelphia’s sanctuary-city status. And, of course, you’re an Islamophobe and a racist (a double-decker sandwich) if you have a problem with Islam — never mind the fact that Islam is not a race.

Some years ago I attended the Muslim wedding of a friend of mine when she converted to Islam after meeting a Middle Eastern man. While I personally found my friend’s conversion disappointing, our friendship remained intact because I respected her choice. This does not mean, however, that my views on Islam have softened because my friend and her husband are “nice.”

No one, after all, is obligated to “like” a belief system or an ideology. For any movement or government to tell you otherwise is an insult to intellectual freedom and liberty.