Maybe We Should Panic: Adam Joseph Says a Blizzard Is Coming

We hear the Acme is insane. 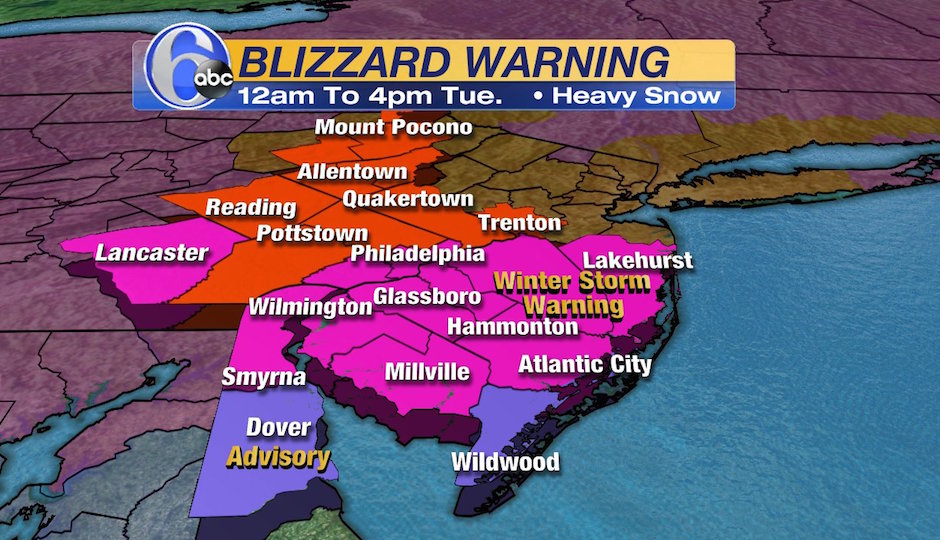 We’ve been pretty impressed with our local team of meteorologists this week. As the snowstorm continued to take shape, they were fairly reserved in their predictions. But now 6 ABC meteorologist Adam Joseph has us a little bit worried.

Joseph went full-force on Twitter, invoking not just the B-word but also all caps and an exclamation point. Game on!

BLIZZARD WARNINGS!
Have been issued for our northwest suburbs & Trenton. Winter Storm Warnings for I-95 and SE. pic.twitter.com/K6s403L6L7

According to the 6 ABC report, the blizzard warning covers parts of Montgomery, Bucks and Chester counties and calls for “sustained or frequent winds of 35 mph or higher with considerable falling and/or blowing snow that frequently reduces visibility to 1/4 of a mile or less.”

6 ABC says to expect those blizzard conditions for at least three hours. The National Weather Service is predicting 18 to 24 inches in those areas.

Meanwhile, Philadelphia itself is still under a Winter Storm Warning.