His decision not to run for reelection is either a sign the party is taking a small step forward—or the other shoe hasn't dropped. 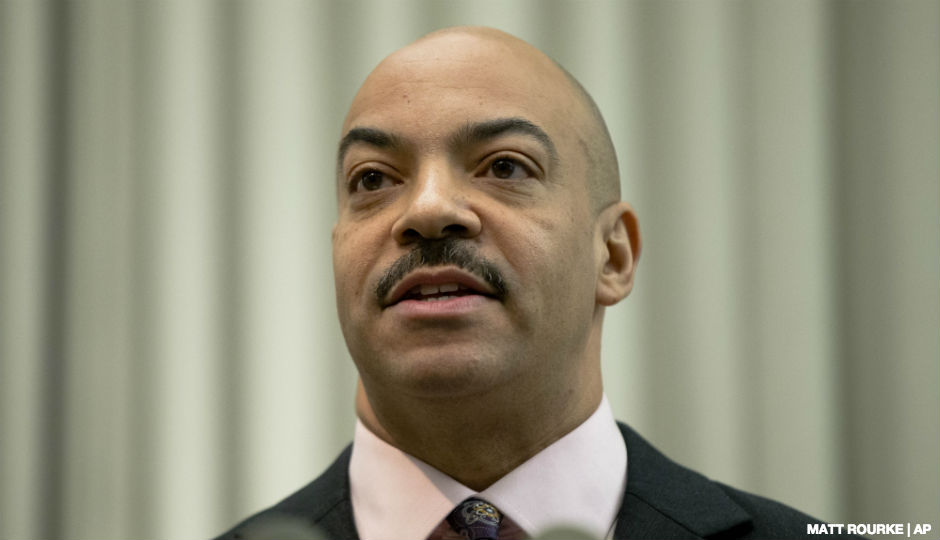 Something extremely rare in Philadelphia politics happened today: A Democratic elected official who has been under investigation by the FBI announced that he would not run for office again.

In a last-minute news conference, District Attorney Seth Williams told shocked journalists that we was dropping out of the primary election because he “made mistakes that cast an unnecessary shadow on the District Attorney’s office.” It was a shocking turnaround: Just two days earlier, Williams insisted to reporters he would stay in the race, despite the federal probe into his finances, a record-high fine slapped on him by the ethics board, and the furor he unleashed by allowing the city’s infamous Porngate prosecutors keep their jobs.

Philadelphia Democrats are known for holding onto their dear lives—not stepping aside—when faced with federal investigations. City Councilman Bobby Henon, whose offices were raided last summer by the FBI in front of TV cameras, still comes to work every day in a suit and tie. Ex-Congressman Chaka Fattah ran for reelection last year after the feds hit him with corruption charges, and the brave leaders of the city’s Democratic Party made clear that they’d enable such alleged behavior by endorsing him. Former state Rep. Leslie Acosta, who had not only been charged but pleaded guilty in 2016 to conspiring to commit money laundering at a mental health clinic, ran uncontested for another term in November. The list goes on and on and on.

Until Friday, it looked like Williams would be part of the long Philadelphia tradition of not letting an FBI investigation interrupt one’s political ambition. Commentators and party insiders were also becoming more and more certain that Williams would win reelection: Five Democrats were running against him, making it extremely difficult for one of them to stand out in an off-year election that usually attracts few voters. Unless Donald Trump’s surprise victory spurred voters who don’t normally turn out to go to the polls, a super PAC got behind one of Williams’ challengers, or some other unforeseen event occurred, it looked like Philly might yet again elect a politician with a federal investigation and numerous ethics problems hanging over his head.

That this was even a possibility suggested that local Democrats were failing to understand how much their party is a smoking pile of rubble, just like party leaders nationally seem to be clueless about their pitiful state. Democrats today hold fewer offices across the country than at any other point since the 1920s, and yet the party is doubling down on a failed “We Aren’t Trump” message and ignoring the dire need to develop a clear, positive economic platform. The Democratic Party is also perceived as hopelessly corrupt to many voters: That happens when you nominate a presidential candidate under FBI investigation. Philadelphia’s top law enforcement official staying in the race despite his own legal troubles wouldn’t exactly help to shake that image.

To be fair, Philadelphia Democratic Party boss Bob Brady had indicated months ago that his committee wouldn’t endorse anyone in the District Attorney’s race, which seemed on its face like a step in the right direction. But the question remained why party leaders, who pride themselves on being deal-makers, couldn’t persuade Williams to drop out. And if you’re a skeptic, you might wonder if they had gotten behind the idea of an open primary in the first place because they anticipated that the field would balloon, and thus keep Williams in office.

Does Williams’ Friday announcement mean some Democrats are finally learning the error of their ways?

Or does it just mean that the other shoe hasn’t dropped yet for Williams?

Philadelphians will be watching closely to learn the answer.