D.A. Seth Williams Shocks City: He Will Not Seek Reelection

We can’t say we’ll miss him.

The upcoming race for district attorney has just lost a candidate: Two-term incumbent Seth Williams has announced that he will not seek reelection.

Williams, the city’s first African-American district attorney, made the announcement on Friday morning, telling stunned reporters that it was a “difficult” choice. Only two days ago, a reporter asked Williams if he would drop out of the race, and he said that he would not. Quite a reversal.

His announcement comes just weeks after the Ethics Board fined him $62,000 for failing to report gifts he received, including $45,000 worth of free repairs on his Overbrook home. “It was wrong to fail to fully and accurately disclose the payments and gifts I received,” Williams said in January. 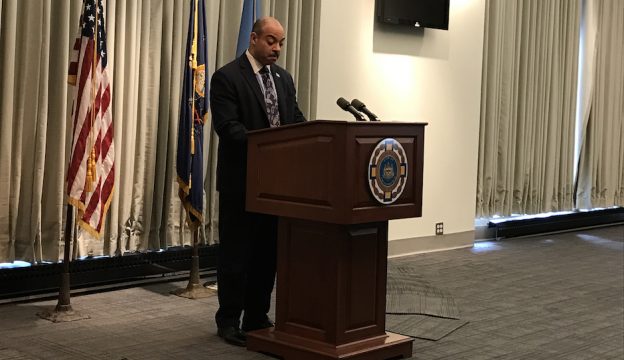 At Friday’s press conference, he once again apologized for the gifts fiasco, saying he “made mistakes that cast an unnecessary shadow on the District Attorney’s office.” He refused to take any questions.

But the failure to report the gifts was just one in a long series of missteps, failures, and just plain bad decisions by Williams.

We don’t even know where to begin.

His nonprofit has reportedly been under investigation by the FBI. His personal life has been a shambles, with a girlfriend of Williams’s arrested for a tire-slashing at his house. There’s his incredible Porngate bungling. The Fraternal Order of Police has come out against him, going so far as to put up anti-Seth Williams billboards.

And that’s all just in the last year. Scandals and whiffs of impropriety have long dogged Williams. Who can forget his mysterious $75,000 “party planner,” who earned much more than many assistant district attorneys?

Must we go on?

Well, all of this is going to make for one interesting district attorney’s race, with the primary scheduled for May 16th. The field currently includes five Democrats and one Republican. And what’s going to happen next is anybody’s guess.

With reporting by Sophia Pizzi