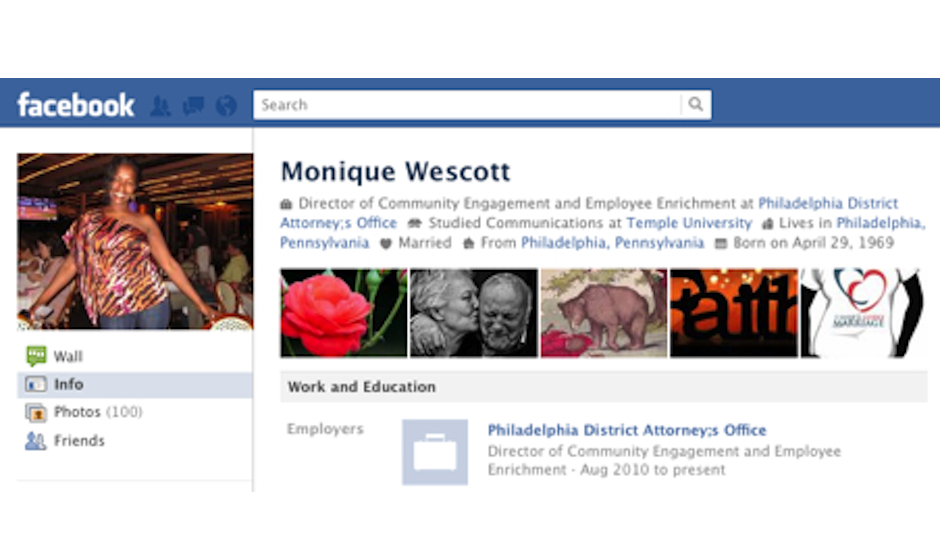 Morale is not good in the Philadelphia District Attorney’s Office. In fact, it’s downright dismal. Lower-level staffers complain they are overworked and underpaid, having not received any cost-of-living raises for years while the amount of work they do has risen sharply. And there’s trouble at the top, too, with a series of high-level departures, most recently that of Deputy District Attorney Brian Grady—who either resigned or was fired and escorted out of the offices—just one week ago. And what do people do when morale is low? They complain. And they’re complaining about Monique Wescott, whose role in the office is, ironically, to boost morale.

“You’re going to have to fill out a right-to-know request,” instructed District Attorney spokesperson Tasha Jamerson when I started asking questions about Wescott, who was described by multiple D.A. sources simply as a “party planner.” And when mouthpieces like Jamerson start telling you to fill out right-to-know requests about how taxpayer money is being spent, well, usually that means they don’t like you sniffing around.

Fortunately, the Office of the City Controller, whose very charge is to sniff around, was more forthcoming. According to Controller spokesperson Brian Dries, Wescott, whom Seth Williams hired in 2010 from her post as special events and community relations manager at Community College of Philadelphia, receives an annual salary of $75,900. (Wescott did not immediately return a call this morning seeking comment.) She also gets an office on the top floor, which, according to one source who works in the office, “means it’s big and fancy.” Assistant district attorneys—the worker bees charged with handling the actual cases that come through the office—start out at $48,975.

Wescott’s job title is less certain than the money she gets. On her Facebook page and outgoing voicemail message, she lists her job as “Director of Community Engagement and Employee Enrichment.” (Aren’t you glad your tax dollars are being spent on employee enrichment?)

According to an internal staff list, Wescott heads up “community outreach and government relations.” Meanwhile, as far as the controller’s office is concerned, Wescott is simply an administrative assistant. I asked Dries if he thought it was peculiar that an “administrative assistant” would be paid $75,900 each year. “Yes,” Dries confirmed. “It is odd.”

But what does Wescott actually, you know, do? “She stands at the bottom of the steps and collects money for the Christmas party,” says one disgruntled employee. “And she did send out a blast [two weeks ago] for discounted tickets to the upcoming Sesame Street show.” Wescott also helped coordinate a toy drive during the 2011 holiday season. And in January 2011, she was the point person for the District Attorney’s suit drive, part of the Martin Luther King Day of Service efforts. Both good causes. But $75,900? Really?

“If Seth would just give out some raises, nobody would care about Monique,” says one former A.D.A. “When she came on, she was originally just an event planner, but to assuage the storm, she got the additional title of employee enrichment. And now, she’s just the whipping girl, the poster child for the new DA’s top heaviness and poor management. The fact that her name comes up is almost unfair.”