Every 51 minutes, a baby is born in and around Philly. And with every new arrival comes hope, joy and a new beginning. On November 14, 2016, our photographers fanned out and captured the arrival of 16 of them. Welcome to Philly, kids. May the Eagles win a Super Bowl in your lifetime. As a teacher in Princeton, Amanda Hartstein has an hour-long commute. Her first child — Paul, now 16 months — was a July baby. “With Aria, I was working up until the day of,” says Amanda, 31. “I was terrified I was going to have to drive from Princeton to the hospital in Voorhees.” Luckily, her contractions started way before the school day did. Amanda is on maternity leave for three months and will rely on family for childcare. When Amanda’s husband, Paul, a Cherry Hill firefighter, is on one of his 24-hour shifts, her mother, who lives in the next town over, and her mother-in-law, who lives in an attached house, will pitch in. “My brother is having his first baby in February,” Amanda notes, “so my mom will have her hands full with my kids and his! When Kaitlyn Darrach had her first child three years ago, she had a C-section because her daughter was breech. This time, she was determined to have a vaginal delivery — one, it turned out, that happened much more precipitously than anyone anticipated. “The nurses seemed surprised that he was out so quickly. The doctor wasn’t even in the room yet,” Kaitlyn, 29, explains. “It was quiet, and then all of a sudden everyone came running in like, Oh my God, the baby is here.” Just 48 minutes after she started pushing, Kaitlyn had a son. “It’s a whole new experience, and we’re all so happy,” she says. “My daughter is so proud to be a big sister. She loves him.” “Everyone was convinced I was having a boy,” says first-time mom Alexandra Dowling, 31. “But when I was pregnant, I only had dreams I was having a girl.” Turns out Alexandra was right. Her husband, Stephen, 35, was the one who announced their baby’s sex during the C-section, and the two were so overcome with joy — after all, the only name they’d agreed on was Josephine Tess, for Alexandra’s grandmother and for Stephen’s — that both parents broke down in tears in the operating room. Alexandra observed Josephine’s first moments with Stephen from the operating table. “She wrapped her tiny hand around his finger, and I just saw his heart melt,” she says. “Mine melted, too.” Compared to the delivery for David and Megan Pomante’s first son, Dominic — 36 hours of labor, an emergency C-section, a blood transfusion — this time was a breeze. “We dropped Dom off at daycare, went to the hospital, and they wheeled me in for the scheduled C,” says Megan, 33. “It was pretty seamless.” Still, she felt sick from the drugs after surgery, so while she recovered, David stepped in to provide skin-to-skin contact with Gabriel. It’s something more and more parents are clamoring for — and hospitals are accommodating; skin-to-skin boosts baby’s mental development, promotes bonding and reduces stress, according to studies. “You do what you need to do for your kid,” explains David, 35. “I couldn’t wait to hold him.” Maritza Badillo Cruz, 28, was nervous when she found out — after her contractions started, after the doctors broke her water, after she got an epidural — that the baby was in the wrong position (face first) and she was going need a C-Section. “My first two kids were natural, so I wasn’t expecting it,” says Cruz. “It didn’t hurt as much as when you give birth, but it hurt a little afterwards. I’m managing well though.” The baby is named after her husband, Christopher Torres Rivera, 28. 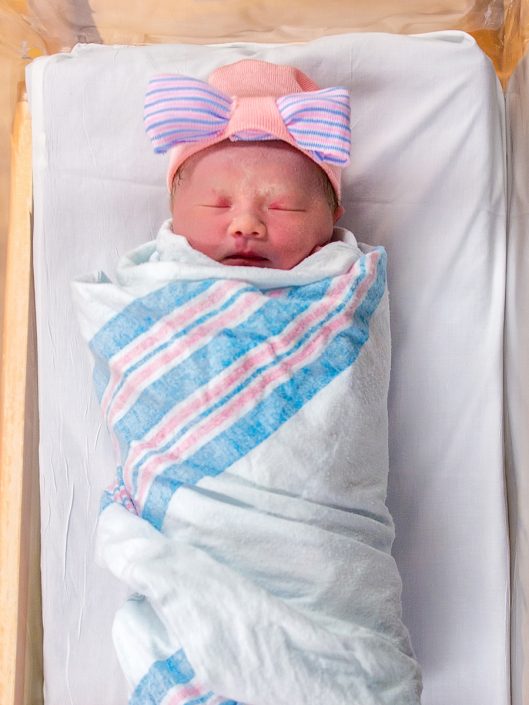 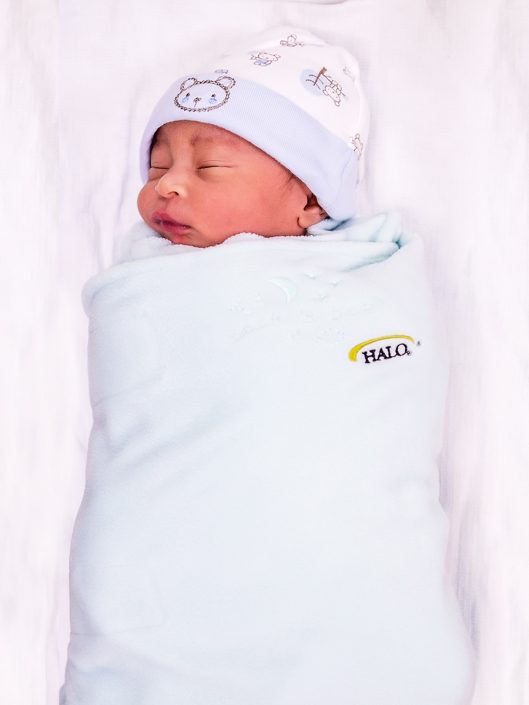 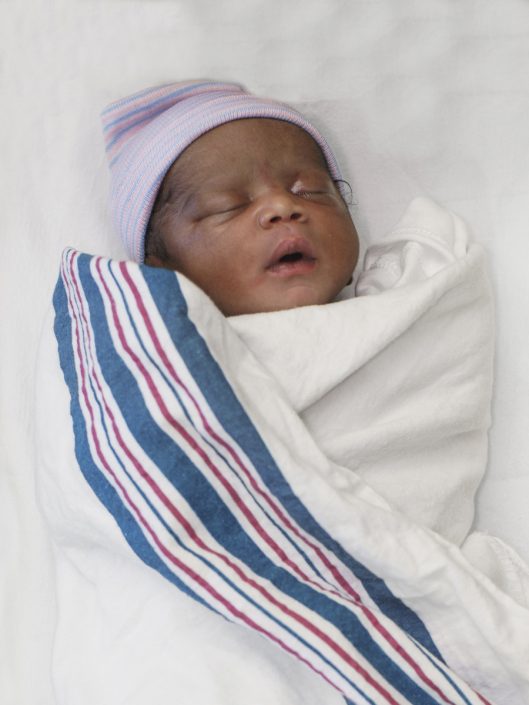 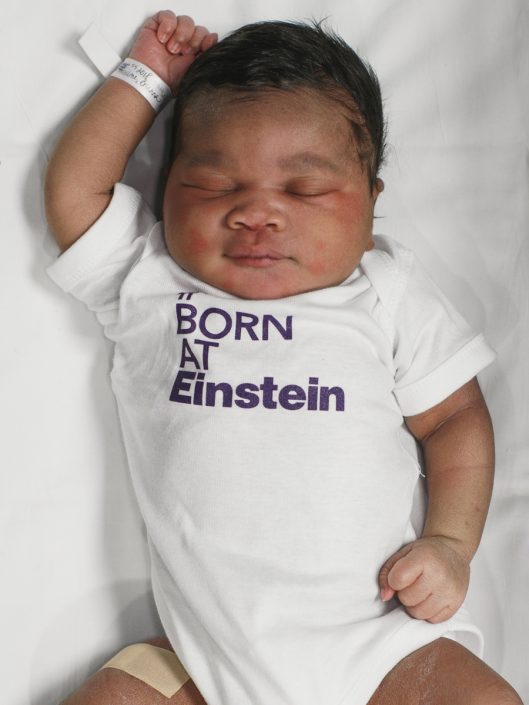 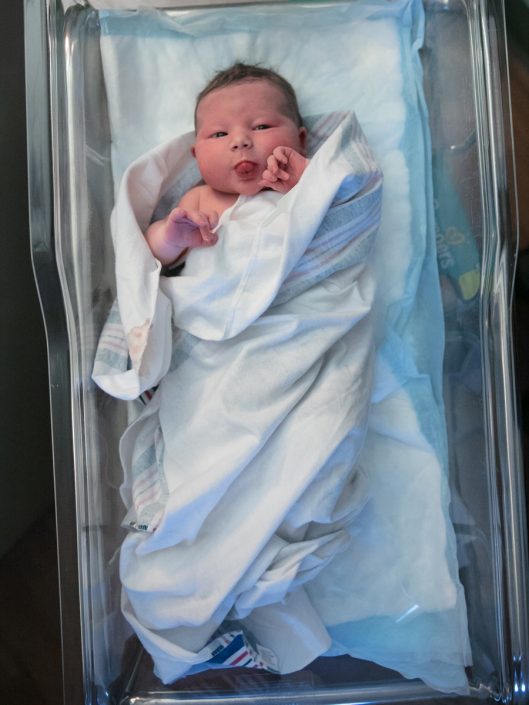 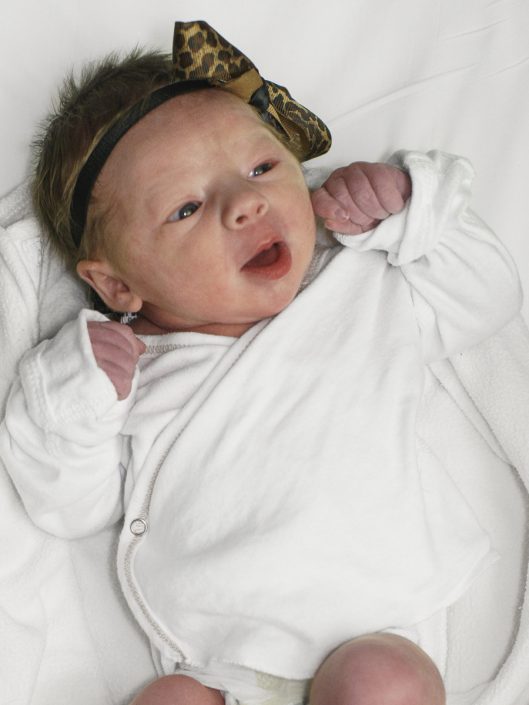 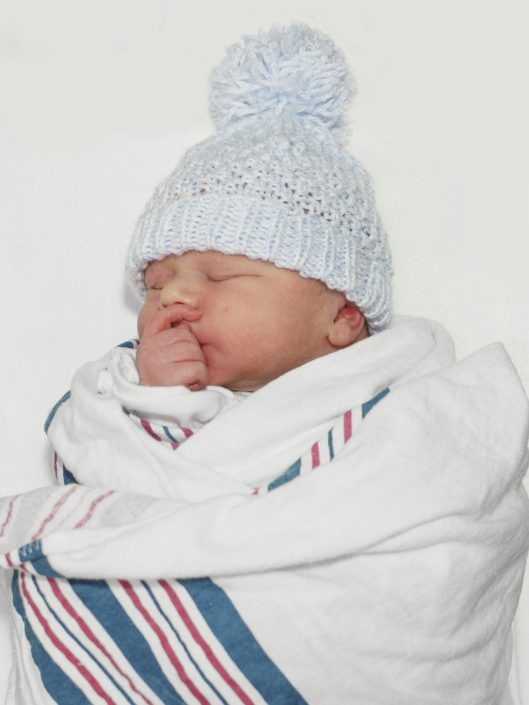 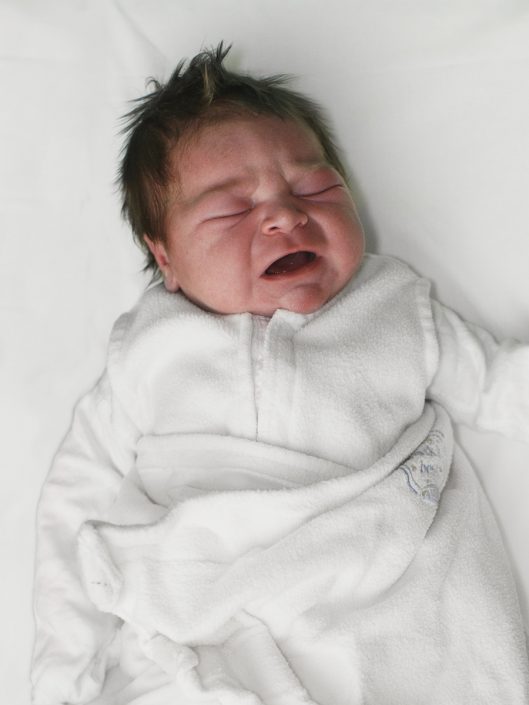 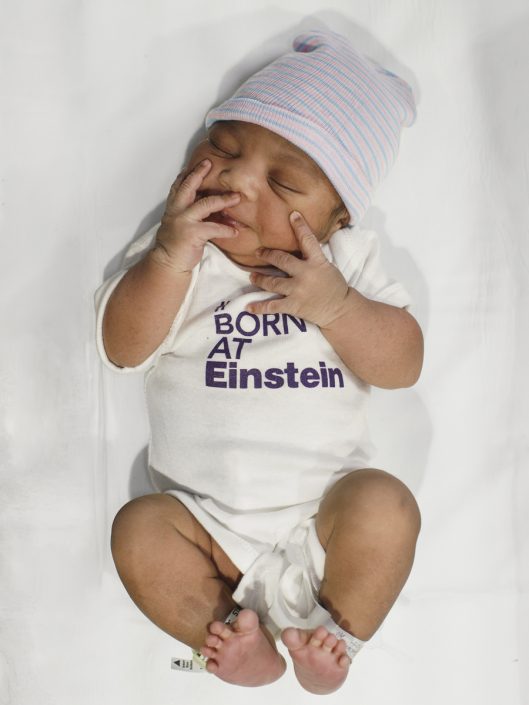 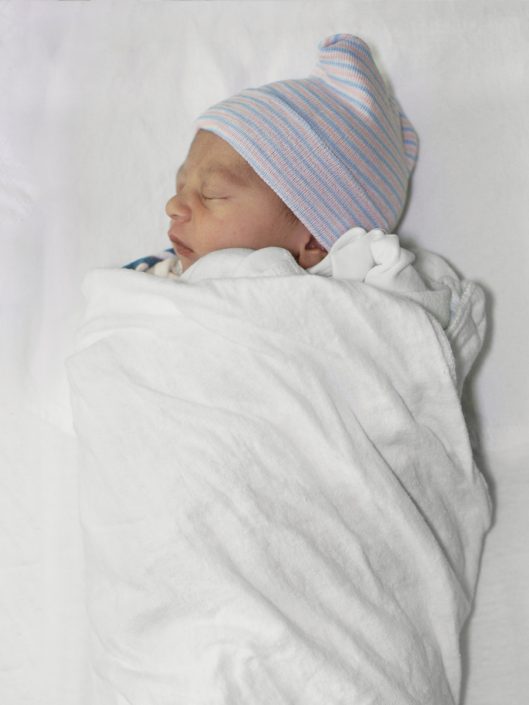 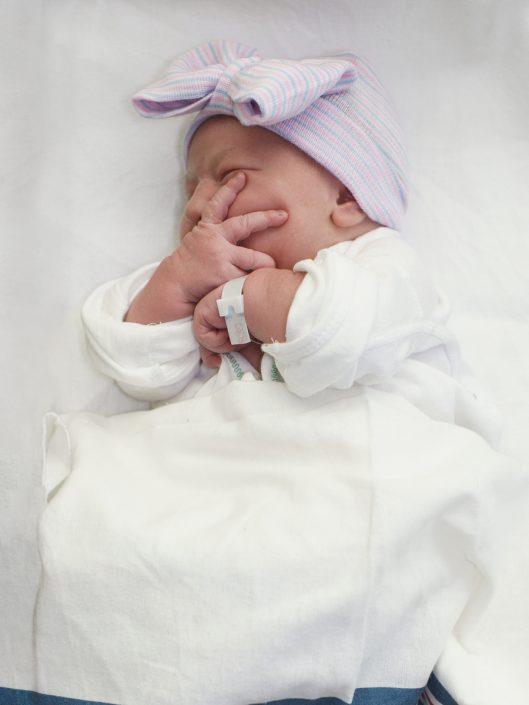 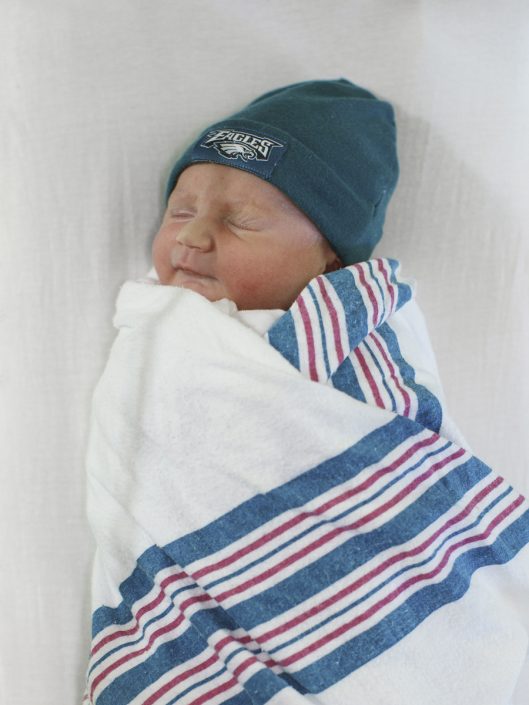 Published as “Babies” in the January 2017 issue of Philadelphia magazine.