The adorable baby boy pictured above is Jack; he’s a 10-year old Turkish Bengal cat who went missing several days ago in the Washington Square West neighborhood of the city (10th and Spruce, to be exact). If Jack looks familiar, it might be because you saw him, not wandering the streets, but on Grindr and Scruff.

Yes, you read that right.

“It would be ignorant to use these apps as a mere way to make a friend or find a date,” says Jack’s owner, local photographer Kene Yo, who took to Grindr and Scruff in an attempt to spread the word about his missing feline. “I’ve had 25 responses in a day. No one seen him, but there’s been lots of support and shares, all from Grindr.” 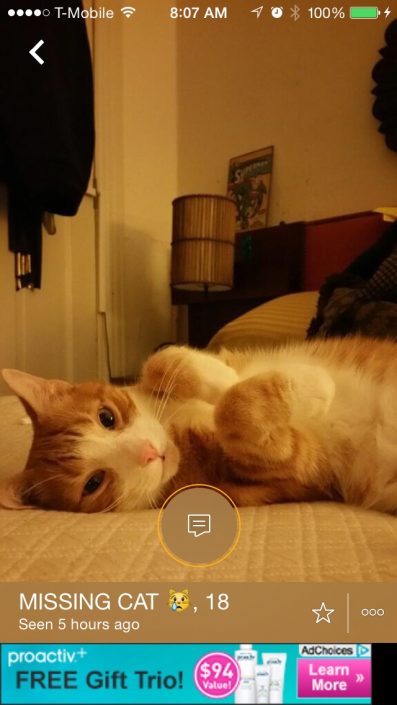 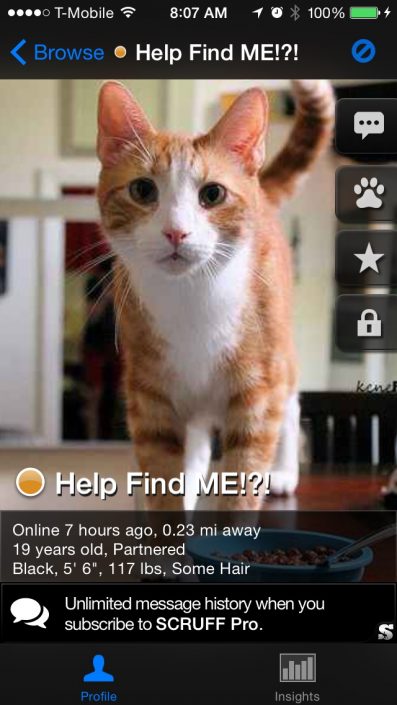 For Yo, Jack is more than just a pet; he considers him his best friend and his greatest support, especially in his fight against his depression.

“He sleeps above my head on my pillow,” Yo shares, adding that he’s become very attached to the cat after 10 years. “And he totally has another 10. He’s very young about it.”

Jack may have another 10 years, but he’s used up several of his nine lives already. It isn’t the first time he’s gone missing: Last Halloween, Jack went missing for 48 hours, only to be found stuck under a car’s hood, covered in grease.

“He was scared in the rain on halloween,” says Yo. “He wanted to hide.”

The most surprising thing about Yo’s Grindr and Scruff campaigns to find his missing kitty is just how kind the headless men behind the buff profile pictures are when they see a missing cat.

“I found people care more than you would think, even if they are just a photo of a torso,” says Yo.

If you have any information on Jack, or if you have seen him, contact Kene Yo directly at (267) 507-5363. Below are several other pictures of Jack, taken by Yo himself. 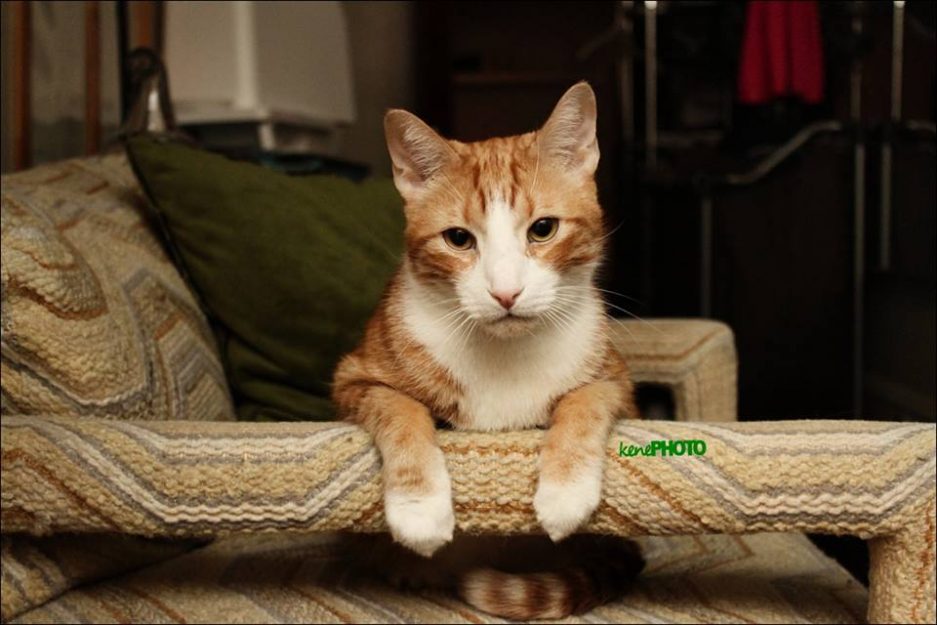 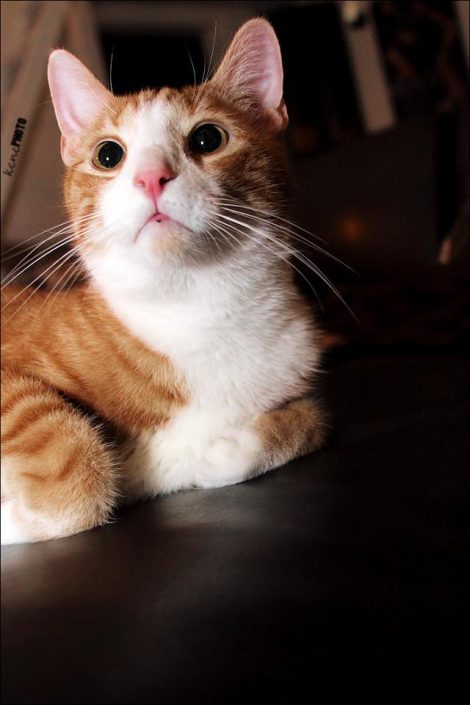 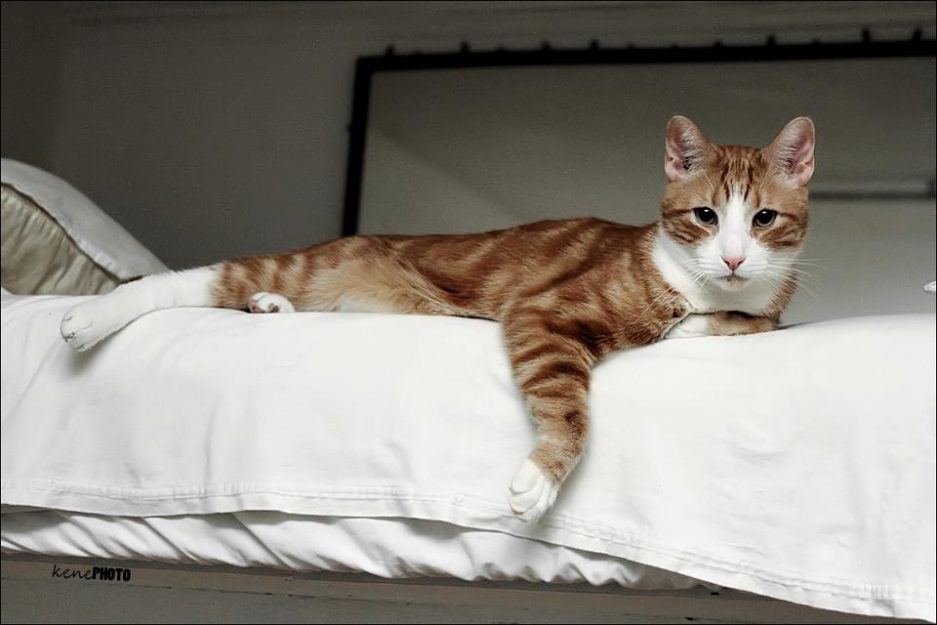 Extra reading: The Grindr Network: It’s the sex app that gay men can’t help firing up. But can you really use Grindr for a different kind of hookup?