Frank Danay of the Philadelphia Banana Peel Project has been compiling photographic evidence of the city's predilection for treacherously positioned fruit skins since 2009. “When I’m walking with friends, they tell me it’s a little awkward for them,” says Frank Danay. “They’re the ones standing next to the guy who’s in the gutter taking pictures.”

Danay’s buddies know better than to compromise the process. He’s simply chronicling another day of potassium-rich existence on the streets of Philadelphia, an apparent national leader in the field of wayward banana peels. 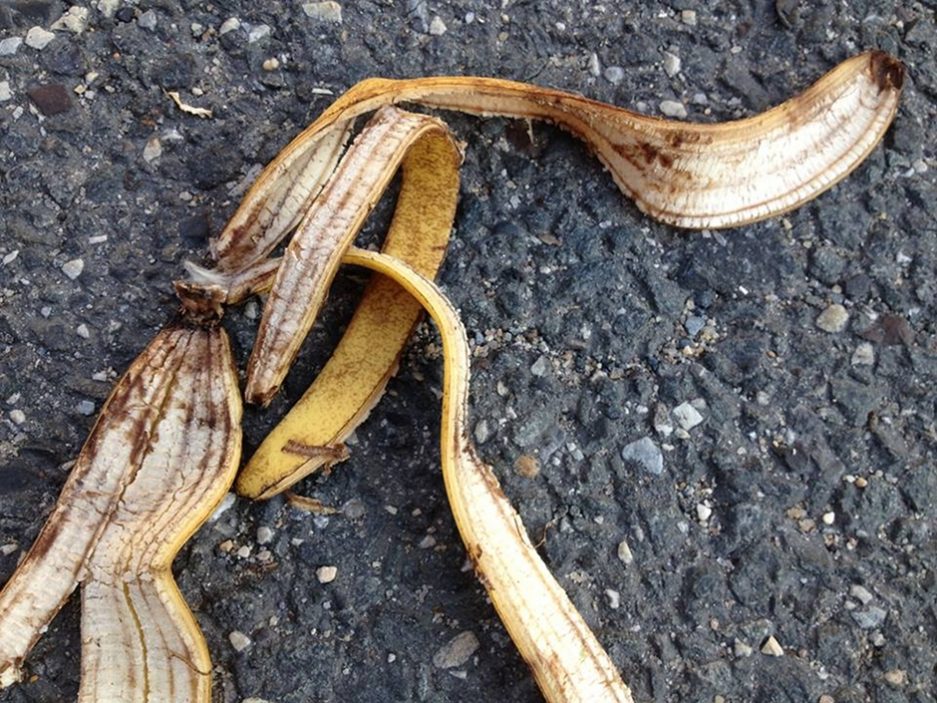 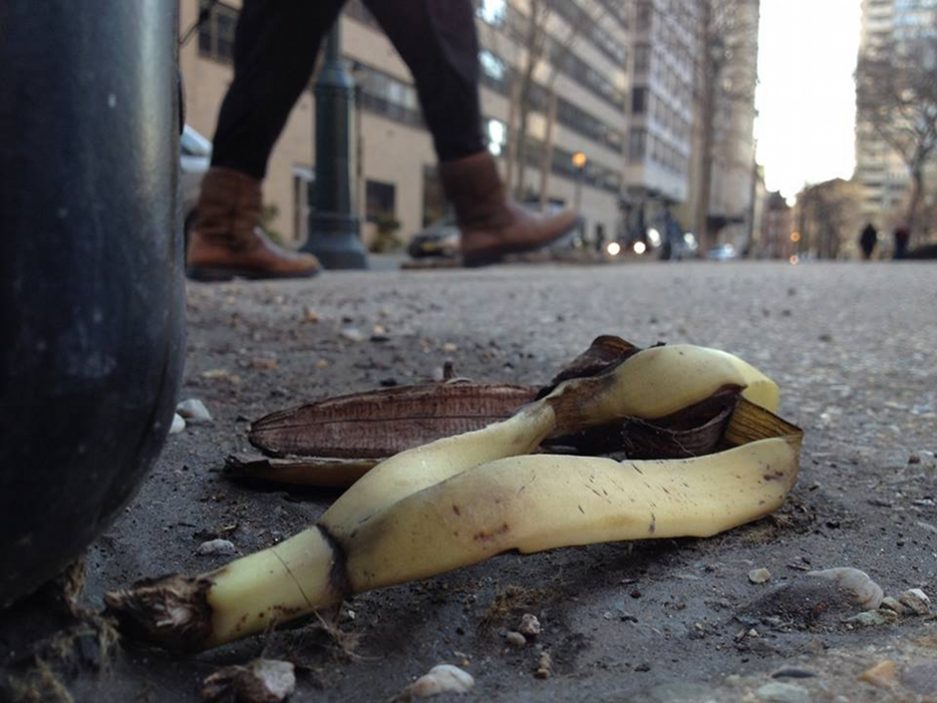 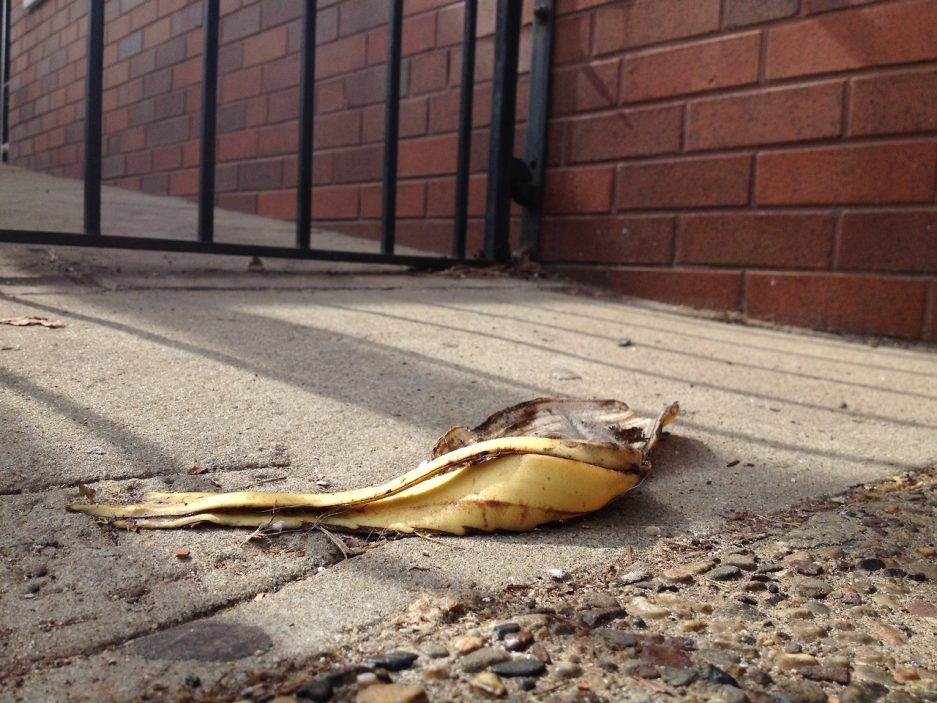 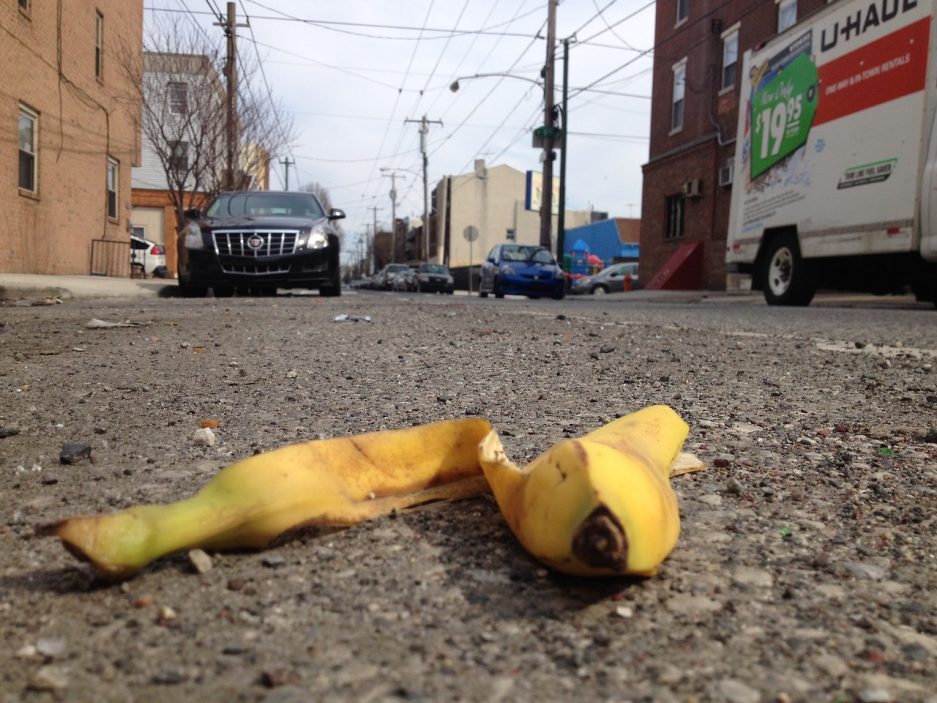 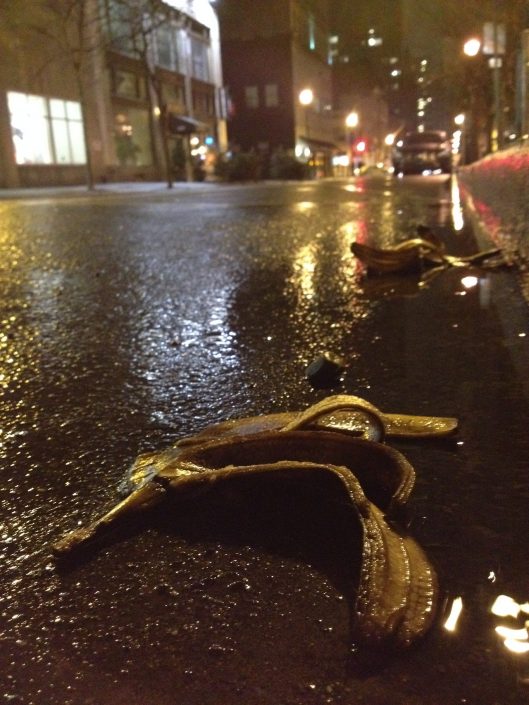 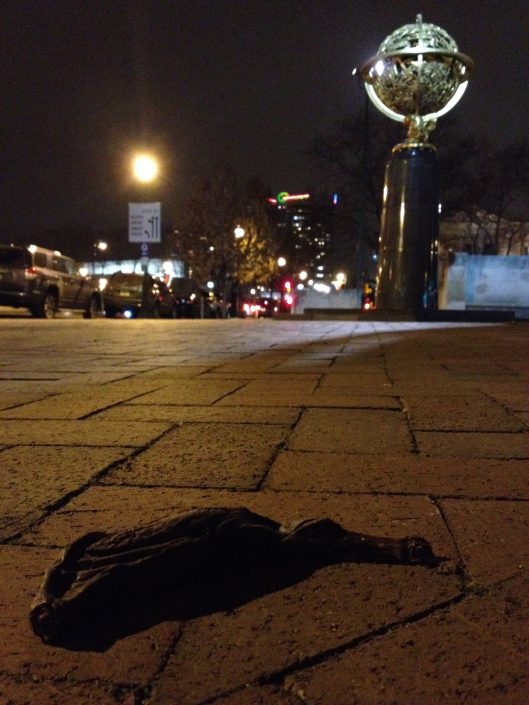 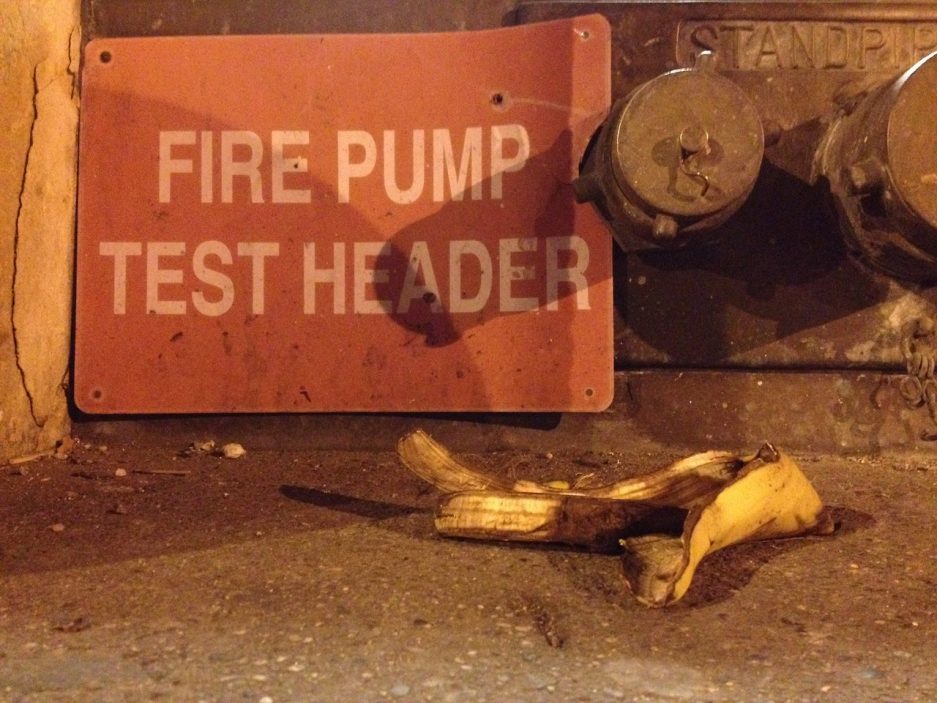 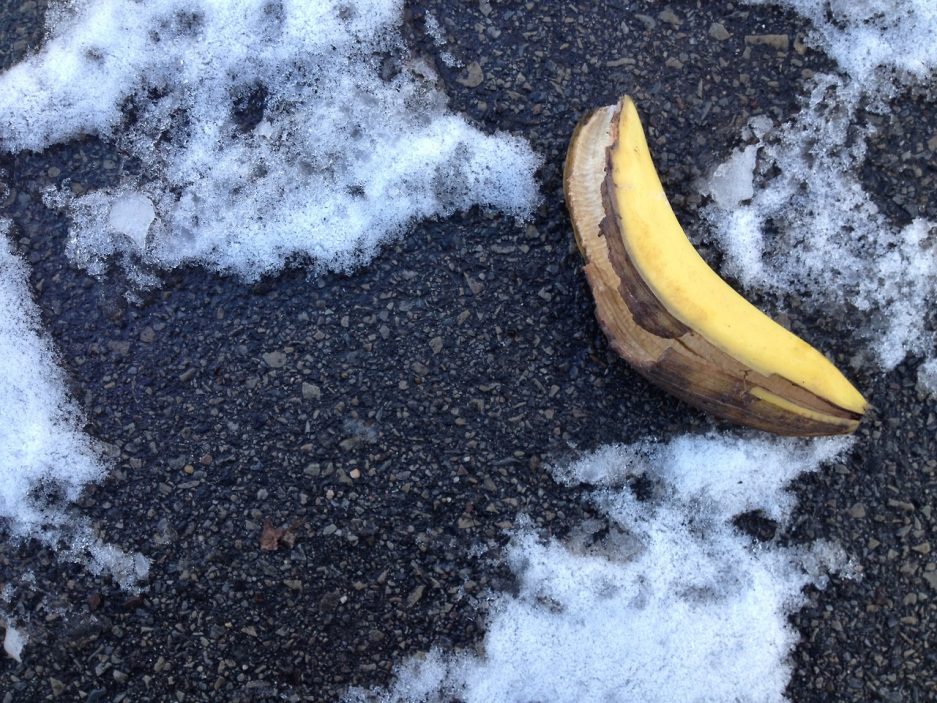 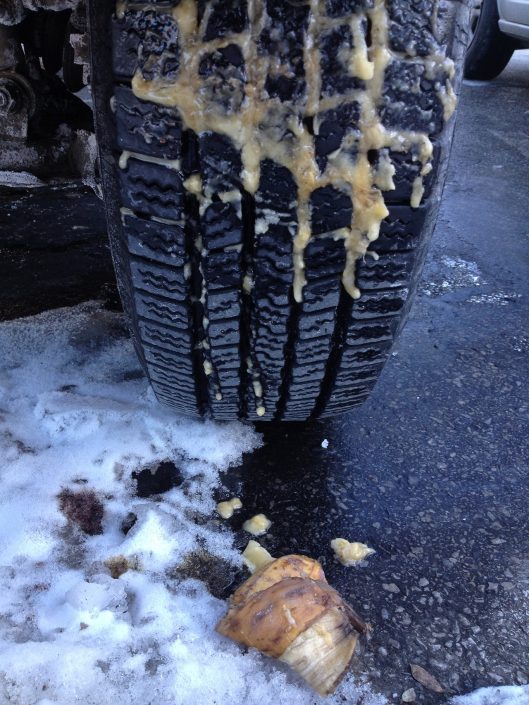 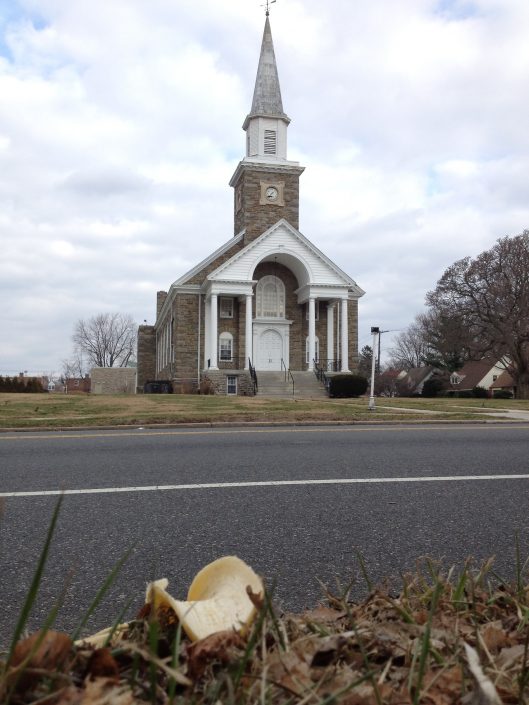 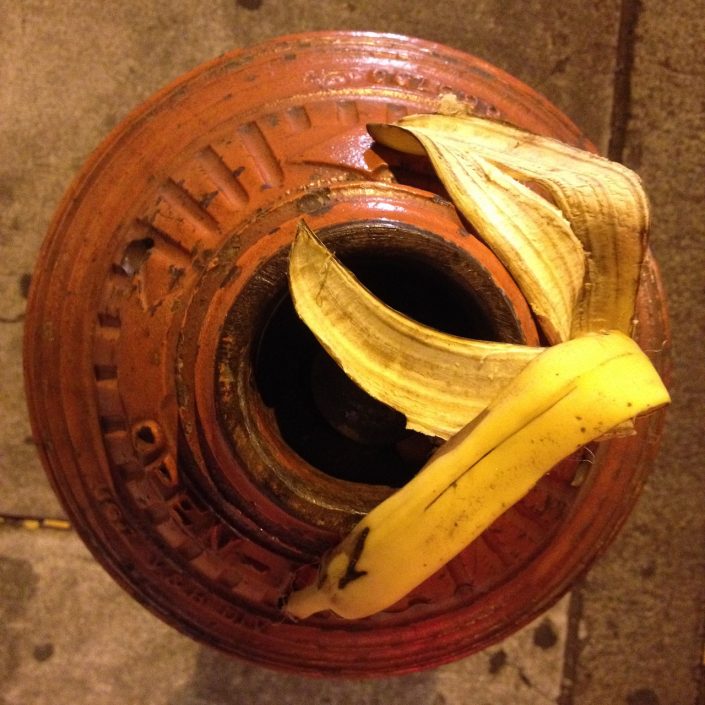 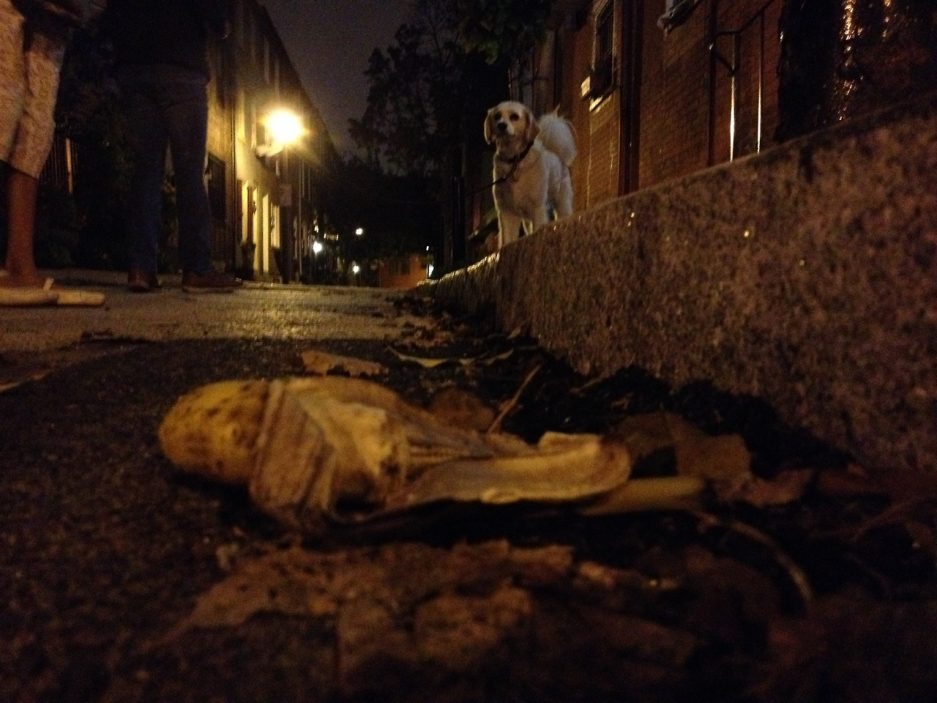 A copywriter by trade, Danay and his partner moved here from Asheville, North Carolina, in 2001. Beginning in a rental near Rittenhouse (they now own a place in Germantown), it didn’t take long for Danay to realize just how much his strolls began resembling sequences from Marx Brothers movies. Once he began seeing them, he couldn’t stop: Discarded banana peels, in every conceivable state of decomposition, lined the local sidewalks like a mine-scattered Mario Kart track. “They just kept catching my eye,” says Danay, who’s also lived in cities like New York, Boston, and San Francisco, never noting above-average urban peelage in any of those towns.

Inherently comedic but also oddly beautiful — “you never know how it’s going to land” — Danay began snapping peels with his iPhone around 2009, posting the images to the Philadelphia Banana Peel Project Facebook page. Several years, one Tumblr and nearly 1,200 distinct pics later (more, if you count reader submissions), Danay has built an anecdotal but eye-catching body of evidence: Philly really does seem to have a predilection for treacherously positioned fruit skins.

Danay doesn’t make any anthropological conclusions about his findings. He has no concrete idea about how, or why, this project has proven so easily sustainable. He’s just a guy who spots them, and he’s damn good at it. He never alters or repositions the peels he comes across (strict city-limits operational borders; it’s not “the Bala Cynwyd Banana Peel Project,” after all). He shoots the scenes as-is, incorporating street details as much as possible. “Sometimes, I’m driving by, I see one and I have to pull over to take a picture,” says Danay, whose bloodhound-like ability to locate peels has earned him the nickname “psychic monkey.”

The item he most commonly mistakes for legit nanner skin? Lengths of bright yellow police tape, snipped around a knot to form feathery strands.

Though he’s created off-shoot products like calendars, Danay has no grand plans for the project aside from maintaining its slippery reign. As long as Philadelphians continue missing or disregarding wastebins when it comes time to dispose of a spent peel, he’ll continue documenting them. And he’ll continue consuming one banana every day, as part of his morning breakfast shake. (He composts those peels in his back yard.)

Danay’s proud to report that he has yet to eat it, figuratively, as a result of his exposure to the world’s most recognizable falling hazard. “I had some friends predict that’s how I’ll die, though,” he says.