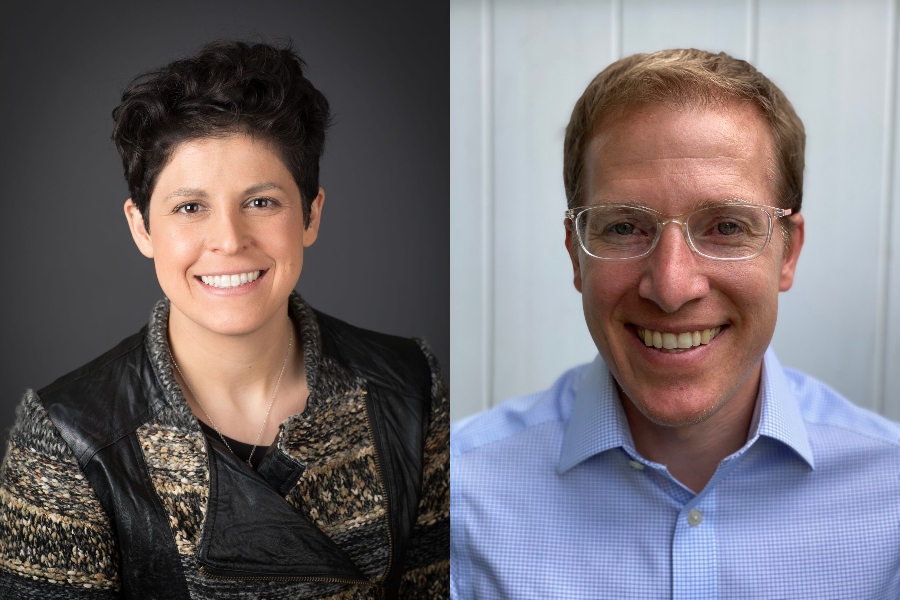 Who: Julia Anthony lives with salt-wasting congenital adrenal hyperplasia (CAH), meaning her adrenal glands don’t produce enough aldosterone (the hormone that regulates sodium and water in the body) to help manage her body’s sodium levels. (For those living with non salt-wasting CAH, cortisol is lacking.) This hormonal imbalance can result in severe symptoms and complications, including dehydration, low blood pressure, heart arrhythmias, low blood glucose, and cardiac arrest. Plus, the condition can lead to an adrenal crisis, which can be fatal if not treated immediately with a life-saving injection of reconstitutable drugs, or drugs that require mixing prior to injection.

Anthony, who has experienced multiple adrenal crises throughout her lifetime and has almost died because of her condition, has found the existing medical protocol challenging. “Life-saving medication requires 12 steps and multiple minutes to mix and administer,” she says. “Due to the rescue injection’s complexity, folks experiencing an adrenal crisis rarely [are able to] self-administer.”

Her frustration with the complicated nature of current emergency injectables — along with the fact that her brother, who also lives with CAH, experienced four adrenal crises in a single year — are what led her to create a one-step injector for delivering adrenal crisis medication in a rescue situation. She began working on the project in 2017 as a graduate student at Thomas Jefferson University, and officially launched both the device and her own company in January of 2019.

What: SOLUtion Medical is a Philly-based life science company working to improve the administration efficacy of life-saving injectable medications. Their lead device, TwistJect, is an auto-injector for people living with adrenal insufficiency including Addison’s Disease and CAH. TwistJect, which is pre-filled for single use (like an EpiPen is), aims to provide a more user-friendly process for properly, safely, and efficiently administering reconstitutable drugs needed to survive an adrenal crisis.

When: In 2020, Anthony brought on Jonathan Kiel as chief scientific officer and co-founder. That same year, SOLUtion Medical received the Professor John Wass Emergency Medicine Award from the Addison’s Disease Self-Help Group, which recognized the company’s research and development. Recently, the company was awarded the Pennsylvania Pediatric Medical Device Consortium grant from CHOP and has collaborated with local engineering business Neuma, both of which will help optimize TwistJect for manufacturing.

Anthony has also helped spearhead a quarterly consortium for adrenal insufficiency awareness and advocacy with the National Adrenal Disease Foundation. “Basically, we’re trying to create the UN for adrenal disease in order to disseminate more knowledge, education, and first-hand experience, so that more patients feel served and supported, and that there can be a universal, streamlined standard of care,” she says.

What it means: Though CAH affects as many as one in 10,000 people in the United States, failure of adequate preventive measures or delayed treatment has led to unnecessary deaths. Because the current standard of care involves 12 steps for reconstitution and is better suited for external administration (as opposed to self-administered), Anthony believes those living with CAH need a more efficient way of injecting rescue medication — their life literally depends on it. TwistJect’s one-step reconstitution makes the entire drug delivery process simpler and faster, as it automatically mixes medication without requiring shaking or visual monitoring. According to SOLUtion Medical’s initial data, TwistJect is found to be 20 times faster than the current standard of care for adrenal crisis.

Why it matters now: From her experience, Anthony knows that people living with CAH or Addison’s disease need a device that provides at-home reassurance. “Because of COVID-19, some people might still be reluctant to go to the ER, even when they’re experiencing a medical emergency, because they might not be able to have an advocate with them,” she says. “That’s why the device is designed to be patient-friendly and self-administering. I don’t want anyone to fear for their life due to their condition.”

Looking ahead, Anthony hopes to expand her target audience in order to help provide at-home delivery of reconstitutable drugs for other medical conditions or situations, like rheumatoid arthritis and IVF.