NextUp: The Philly Company Working on a Wearable Device to Detect COVID-19 Symptoms

RTM Vital Signs is working on monitoring symptoms that can be used to track everything from heart health to respiratory function. 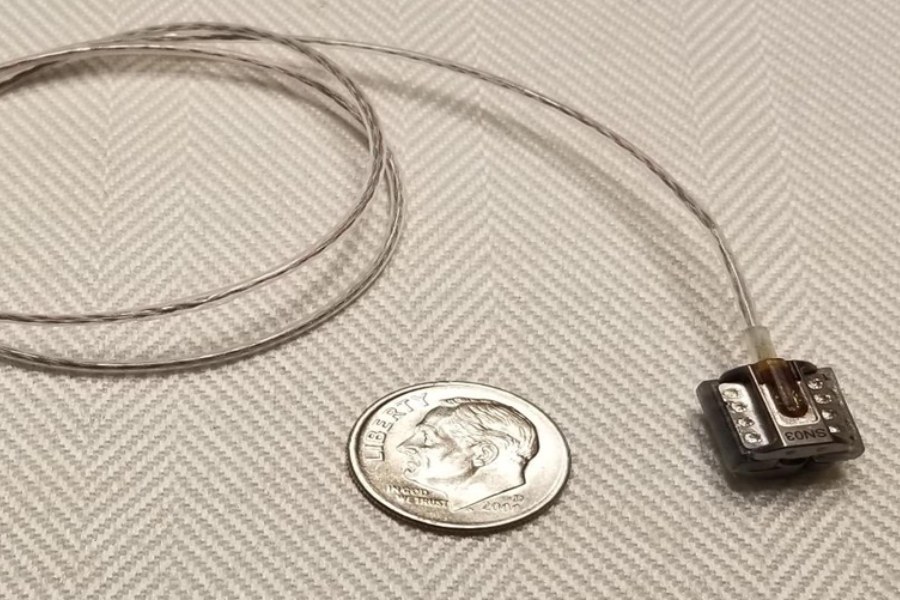 RTM Vital Signs has developed a miniature implantable cardiac monitor that can measure the entire blood pressure wave form in addition to other cardiac vital signs remotely, in real-time while the person wearing the device is carrying out the usual activities of their day.

Who: The founders of the University City-based medical device company RTM Vital Signs are proof of Philadelphia’s propensity for bringing researchers and scientists together. The company’s chief executive officer, Nance Dicciani, met co-founder Jefferey Joseph roughly 30 years ago in Philadelphia when she and Joseph’s wife worked together at Rohm and Haas, a specialty chemicals manufacturer now owned by Dow Chemical. Dicciani also met the company’s third co-founder, Denise Devine, in Philadelphia roughly two decades ago, when the two fellow alums of Villanova University found themselves serving together on the university’s Board of Trustees.

In 2014, Joseph, a cardiac anesthesiologist, researcher, and innovator of medical device technology; Devine, a business executive with over 25 years of leadership experience in general management, operations, and finance; and Dicciani, the former president and CEO of Honeywell’s $5 billion Specialty Materials Business Group with experience in engineering, research, and business management, combined their unique skillsets to launch RTM Vital Signs, a medical device company focused on developing tools that enable real-time sensing, monitoring, and analyzing of critical health information.

“When we talked about what was one of the greatest needs in healthcare, we actually started by looking at monitoring cardiac function because, just in the U.S., nearly half of all American adults have hypertension, millions of them are uncontrolled, and yet no one knows what happens two minutes, 20 minutes, or even two hours before somebody dies of sudden death or has a heart attack or stroke,” Dicciani explained, adding that each day in America, an estimated 1,000 people die each day of sudden cardiac arrest.

In the U.S., issues of heart health are deadly. Every four minutes in the U.S., someone dies of a stroke, and every 40 seconds, someone suffers a heart attack. Yet Dicciani says little has been done to predict these cardiac incidents or prevent them from occurring.

“It’s not predicted, it’s not well understood, and it’s not monitored. So, that’s what our company decided to start with,” she said.

To measure someone’s cardiac vital signs and respiratory function, doctors typically use a stethoscope, a blood pressure cuff with a sphygmomanometer, and a numbered pressure gauge that allows them to listen for lung sounds and tells them how well your heart is beating and resting. While effective, this longtime standard method only captures those vital signs in the moment. When the stethoscope and cuff are removed, there is currently no way to monitor whether those vital signs change.

RTM Vital Signs has developed a miniature implantable cardiac monitor that can measure the entire blood pressure waveform in addition to other cardiac vital signs remotely, in real time, while the person wearing the device is carrying out the usual activities of their day.

Dicciani says her team just completed a full year of testing the device in dogs and saw “no adverse effects whatsoever” related to wearing the monitor. Following the next logical step, RTM has already begun preparing to test the device in humans and determining what other conditions the device might be used to track. 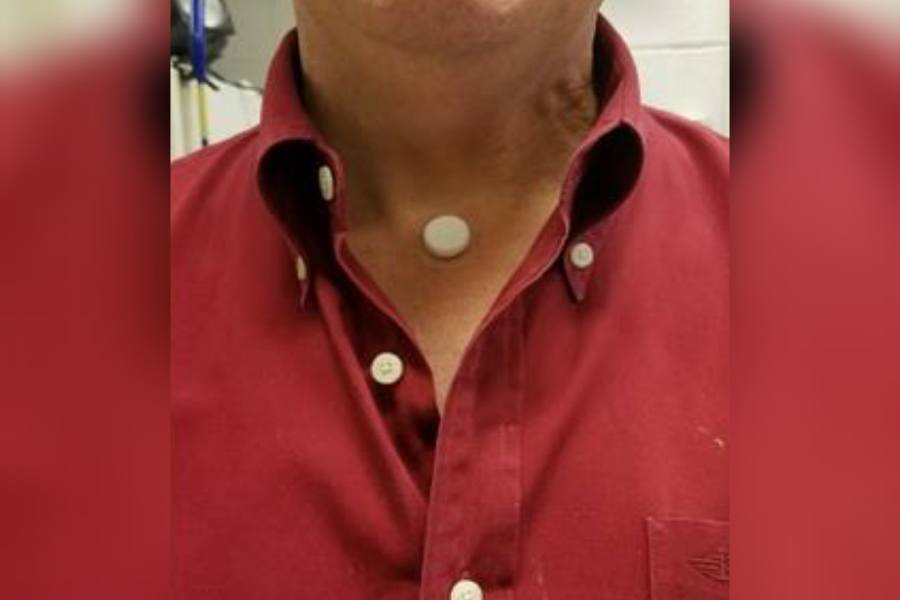 When: In 2018, shortly after the opioid epidemic was declared a public health emergency, RTM saw an opportunity to meet a need. The Joint Commission, the oversight and accrediting organization for 22,000 hospitals in the U.S., had already recommended that anyone taking opioids should be monitored for respiratory function on a continuous basis because depressed respiratory function is one of the first indicators of an opioid overdose. And RTM already had a device that was capable of continuous vital signs monitoring. So, the company decided to take the same technology used in its heart monitor to develop a device that could remotely monitor respiratory function.

“Our device is wearable, it’s wireless, it can pick up trends and changes in respiratory function and send those trends and changes to your smartphone, to a physician, or to a central monitoring station if an adverse trend is picked up,” Dicciani said.

In 2020, when COVID-19 arrived in the U.S., RTM again saw an opportunity to apply its technology to address a pressing need. Like in opioid overdoses, one of the primary ways to monitor COVID-19 patients is to watch for changes in their respiratory function. According to Dicciani, this involves more than just listening through a stethoscope for good breathing patterns.

But Dicciani says a new device her company has developed with a professor at Villanova University’s College of Engineering, can.

What it means: Director of the Center for Advanced Communications in Villanova’s College of Engineering Moeness Amin recently joined forces with RTM Vital Signs to developing an accurate, easy-to-use technology to monitor at-risk individuals, including seniors, for early signs of COVID-19 — before the infection progresses to a dangerous and potentially irreversible degree.

The system includes a small device (about the size of a dime) that is affixed to the sternal notch, that little indent at the base of your throat, using an adhesive plastic sticker like the one found on EKG electrodes. Instead of measuring breathing through the lungs, the device uses an acoustic sensor to measure the acoustic sounds as the air goes in and out through the trachea.

According to Amin, his team has expertise in analyzing and processing signals to gain intelligence, whether those signals come from ultrasound sensors, radar sensors, global positioning systems (GPS), or acoustic sensors like the one found in RTM’s latest device.

“Our objective is to analyze the signal and make sense of it,” he said. “The sensor measures all the markers — temperature, oxygen level, breathing rate, and heart rate. Then, through an app, the algorithm comes up with a risk index that will alert the person wearing the device, and if needed it can also alert the caretaker or doctor that this person has crossed a risk threshold and that it might be time for the person to get tested.”

Amin’s team is currently tweaking the algorithm and app while RTM’s team has created the device’s hardware and the sensor.

Dicciani says the wireless, wearable device is perfect for people in nursing homes or for people who are living alone — especially in this era of COVID-19 — who “may not even know that they are approaching a critical point in their respiratory function until it’s too late.”

Why it matters now: The monitoring devices that RTM has created could play a critical role in identifying people who might be experiencing key symptoms of COVID-19 sooner, so they can be tested and receive treatments before the virus does too much damage. But the devices RTM is creating have even more far-reaching potential uses.

And even outside of medical uses, Amin says the device could become important in the sports and exercise industries, potentially making everything from sudden marathon collapse deaths to respiratory distress for cyclists who ride in high altitudes a thing of the past.

“In sports and exercise, it can be important to monitor the person’s breathing conditions to see how quickly the person recovers,” he said. “Maybe wearing a sensor like this can indicate whether a person is on the right track in terms of recovery or if their respiratory recovery is taking longer than it should.”

After RTM’s acoustic ventilation device was awarded breakthrough/fast track status by the Food and Drug Administration (FDA) earlier this year, the company was prepared to launch a clinical trial to test the device in humans at Thomas Jefferson University (TJU). The pandemic temporarily put those plans on hold. Dicciani says she’s hopeful the clinical trial will be able to move forward within the next month or so with results expected in early 2021. The company is also working with audio and video product company Harman/Kardon, who will assist with manufacturing the device.

“This respiratory device could be very quickly and very easily scaled up,” Dicciani said. “Depending on the FDA approval, we could be in the market in the next 18 months.”