Experts weigh in on the likelihood that Pennsylvania lawmakers would make coronavirus-caused smoke-free policies permanent beyond the pandemic. 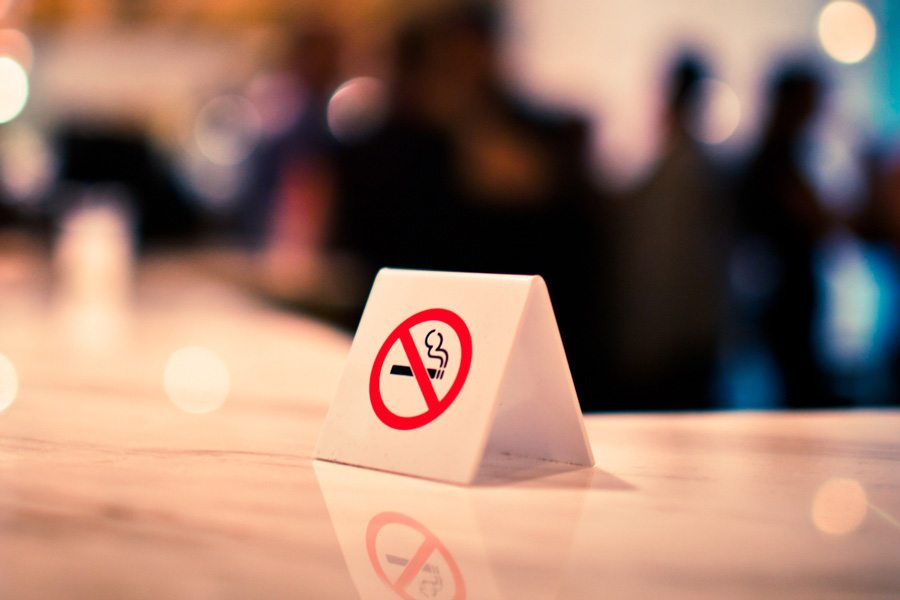 When Pennsylvania lawmakers approved the Clean Indoor Air Act (CIAA) in 2008, placing an effective ban on smoking in public places and workplaces, the law left quite a few exceptions. Private clubs, cigar bars, and gaming floors at casinos in the state, for example, were granted exceptions from the ban. But today, if you visit any of the state’s 12 licensed gambling properties, you’ll find that they’re all smoke-free.

That’s because in July Gov. Tom Wolf and Pennsylvania Department of Health Secretary Rachel Levine signed an order requiring mandatory mask-wearing in any setting outside of one’s home to prevent the spread of COVID-19. Pulling down a mask to smoke in a public place was no exception. So, for the past three months, Pennsylvania’s casinos, which previously allowed smoking on up to 50 percent of their gaming floors, have voluntarily gone smoke-free.

Now, members of the Breathe Free Pennsylvania coalition are urging state lawmakers to make these smoke-free policies permanent even after COVID-19-related restrictions are lifted. The Breathe Free PA coalition leadership consists of the American Cancer Society Cancer Action Network, American Heart Association, American Lung Association, Americans for Nonsmokers’ Rights, and the Campaign for Tobacco-Free Kids, organizations who are all pushing for policies that protect the health of patrons and employees in the state.

The smoking ban could be made permanent with the signing of House Bill 2298, an amendment proposed by State Rep. Dan Frankel. Frankel, a legislative supporter of Breathe Free PA, says the bill is designed to close loopholes in the Act that have put the health thousands of Pennsylvania’s hospitality workers at risk from long-term secondhand smoke exposure.

“Allowing smoking in casinos makes every one of those buildings less safe because smoking would require patrons to remove or improperly wear their masks,” Frankel explained during a recent, virtual Breath Free PA press conference. “While visitors could always choose to find tables that are less subject to secondhand smoke, employees are completely captive, and nobody should have to choose between a job and their health.”

Like any proposed law, a majority vote from both chambers of Congress will ultimately determine whether the bill makes it to Governor Wolf’s desk to sign.

Law and policy analyst from the Center for Public Health Law Research at Temple University, Sabrina Ruchelli, says Pennsylvania wouldn’t be the first state to make these kinds of changes to its policies around smoking and the fact that there is precedence in other states for amending laws like Pa.’s Clean Air Act, could make it somewhat easier to get the bill passed. According to Ruchelli, 27 states and D.C. have passed comprehensive smoking policies. Still, she says, the bill isn’t guaranteed to pass just because “other states are doing it this way.”

“Pennsylvania would be joining a technical majority,” Ruchelli explained. “The fact that 22 other states don’t possess comprehensive [smoking] policies definitely indicates that it’s clear that not everyone is in agreement about what should be covered under smoke-free laws, so it does not seem like it would be a straight walk in the park either.”

Frank Leone, director of Comprehensive Smoking Treatment Programs at the University of Pennsylvania says there are, however, other positive effects of enforcing a permanent, comprehensive smoking ban: it could encourage more smokers to quit. As Leone explains it, nicotine is one of few addictive substances that “do not rely on its own sensory experience in order to become addictive.” Meaning, someone could become addicted to nicotine somewhat haphazardly through environmental triggers; pulling the knob on a slot machine while having a smoke, for example, could trigger someone to want to have a smoke every time they engage in that behavior.

“The sights, sounds, and smells of smoking in a casino could trigger smoking behavior among people, so any effort to remove that would reduce the instinctive compulsion to smoke,” Leone said. “So in the long run, overall, [the smoking ban] could help people quit, not because it makes it harder for people to smoke, but because there would be fewer environmental signals encouraging them to do it.”

“These laws can also help to reduce the introduction of youths to smoking and de-normalize the culture of smoking by making it less acceptable, and help increase the chances of current smokers working to quit,” Ruchelli added.

House Bill 2298 was introduced in November 2019 and has not yet been scheduled for floor action.