CHOP doctor and infectious disease expert Paul Offit has a message for people spreading misinformation about vaccines and the virus. 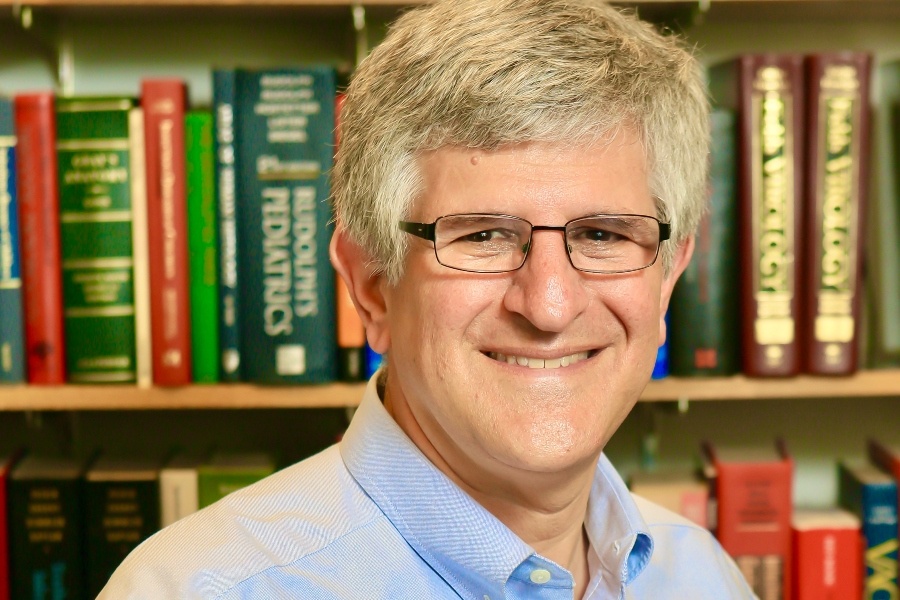 Paul Offit is the director of the Vaccine Education Center and professor of pediatrics in the division of infectious diseases at Children’s Hospital of Philadelphia. / Courtesy

Vaccines have always been a divisive topic, primarily for parents who fear vaccines could have a negative effect on their children. No one has borne the brunt of these fears more than Paul Offit. As the director of the Vaccine Education Center and professor of pediatrics in the division of infectious diseases at Children’s Hospital of Philadelphia, Offit has spent more than three decades working to dispel myths and misinformation about vaccines. This has, of course, made him a prime target of anti-vaxxers, people who oppose vaccines. With a coronavirus vaccine in the making, anti-vaccine activists have been reinvigorated. They’re joining stay-at-home order protests to share their message and pre-campaigning against a vaccine that has yet to be created.

NextHealth PHL spoke with Offit about the basics of vaccine development, how vaccines work and why a vaccine for coronavirus would do more help than harm.

NextHealth PHL: There is a lot of misinformation circulating about vaccines in general. Some people believe getting a vaccine means you’re being injected with the virus it’s supposed to prevent. Can you explain how vaccines work?
Offit: The purpose of a vaccine is to produce an immune response as a consequence of natural infection without having people pay the price of a natural infection. There’s a variety of ways to do that. You would never inject someone with the actual virus. You would inject them with a killed preparation of the virus, or a weakened preparation of the virus — so that it can’t cause disease but can still produce an immune response — or you would inject them with just one protein or part of the virus.

Why do we need a vaccine for COVID-19?
It would stop the scourge that has killed hundreds of thousands of people across the globe, which I think we all agree would be a good thing. But people think if just enough of the population is infected with this virus naturally and becomes immune to the virus that the virus will just stop spreading. That’s not true. The only way to get population immunity is with a vaccine, period.

Measles is probably the best example of why this is true. I had measles as a child in the 50s, and that gave me protection for the rest of my life, as was the case with everybody who got the measles. But every year, two to three million people in the United States get the measles, about 50,000 of them will be hospitalized and 500 of them will die even though all those people who had just gotten infected had lifelong immunity. So, there’s always going to be a new susceptible population and there’s always going to be a susceptible cohort who can suffer from these viruses unless you have widespread vaccines.

A lot of myths are circulating about the impending coronavirus vaccine and vaccines in general. Let’s talk through some of these. Some people believe there is a government conspiracy to force people to get a mandatory injection that could be harmful to them. Can the government force you to get a vaccine?
It’s an interesting theory because it would mean they’re willing to burn the entire economy down and go back to depression level unemployment just to make people take a vaccine. The fact is, the federal government doesn’t mandate vaccines — those are state-issued. At the state level, governments can mandate vaccines for say, public school entry. But almost every state, at least 45 of the 50 states, have an opt-out where you can claim you have a religious or philosophical exemption to vaccines. There are five states that don’t have those exemptions, and in those states, the only way to avoid your child getting a vaccine would be to homeschool.

But vaccines have side effects; they typically include experiencing some pain or redness or tenderness at the site of injection, and some vaccines can cause serious side effects. The biggest one and probably the most common one is that you can have an allergic reaction to the vaccine. It’ll usually occur within 15 minutes of getting the vaccine, and that’s why you should get it in the medical setting so the doctor can give you a shot of epinephrine if you have this hypersensitivity or allergic reaction called anaphylaxis. That occurs in roughly one per every 1.4 million doses.

What do you say to people who believe the race toward a COVID-19 vaccine is all about pharma companies making money?
They don’t work for free. I mean there’s a lot of money that goes into vaccine research and development, so of course, they expect to make money off of it but that’s doing the business of creating vaccines. Should they spend millions of dollars to make them and then give them away? I think if there wasn’t a financial incentive to making vaccines they wouldn’t get made.

President Donald Trump recently made a statement that others have begun to echo: The coronavirus “will go away without a vaccine.” Can the virus go away on its own?
He also said this would all be gone by April, and I think more people died in the month of April than died in the Vietnam War. So, he was wrong about that too. But at one point, the hope was that, as the weather got warmer, the virus would start to dissipate. And if you look back at the measles, which was a devastating virus, there was big measles epidemic in Philadelphia in 1991. There were at least 1,400 cases and many deaths, and the health commissioner at the time said ‘this will all go away when the weather gets warmer’ and in that instance, that was true. But I don’t know about this virus. It’s a bat coronavirus that has suddenly, for the first time, entered the human population. I don’t think anybody has a good idea of how it’s going to go away. I mean there are still warm weather climates where the virus is circulating. So, the hope that it’s going to completely go away in the summer months is probably more hopeful than what’s really going to happen, but we’ll see.

Why do you think anti-vaxxers are joining stay-at-home order protests, and how might that affect public health efforts in the future?
I think that the anti-vaxxers and stay-at-home protesters share a disdain for government mandates. Both feel that these mandates violate their freedom. In this case, presumably, the freedom to catch and transmit a potentially fatal infection. If this [COVID-19] vaccine appears to work and is safe, and the virus is still a scourge, I think people will be falling all over themselves trying to get it. It will be like the end of the movie Contagion.