Swarthmore professor Syon Bhanot on how to help the defiant make smarter choices during the coronavirus pandemic. 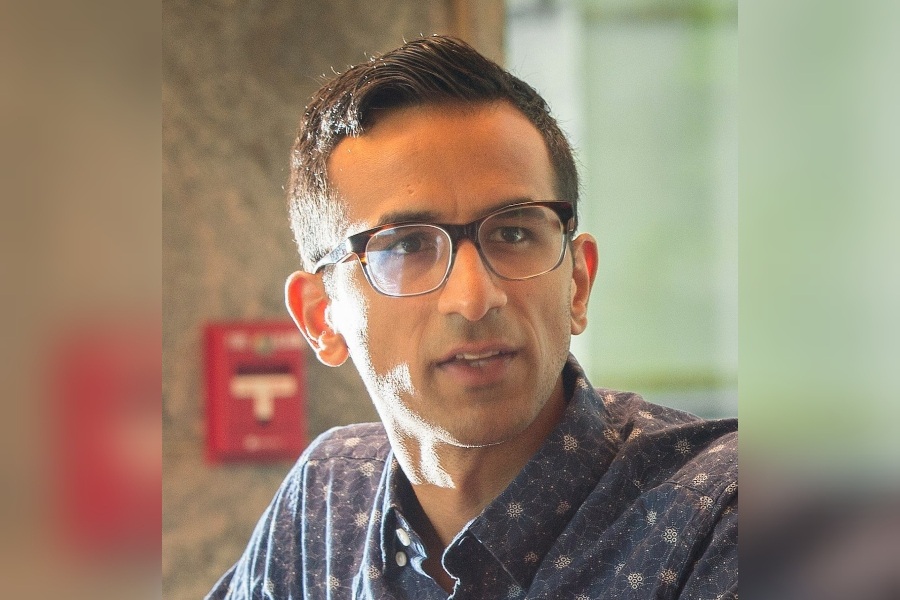 Syon Bhanot is an assistant professor of economics at Swarthmore College. / Courtesy

It’s been three weeks since Governor Tom Wolf issued the first stay-at-home order for seven counties in Pennsylvania. That order has since been extended statewide through April 30th, restricting residents from leaving home unless it’s to complete essential tasks. Despite the order, some people still refuse to observe restrictions put in place to help stop the spread of the coronavirus.

Since social distancing and stay-at-home-orders were mandated, we’ve seen college students hosting house parties, shoppers refusing to wear masks at grocery stores, and groups gathering at parks with very little distance between them. In the past week, residents in some states including Pennsylvania have even held protests to demand that officials “reopen” their states despite expert advice that says restrictions must remain in place to prevent more infections and deaths.

Syon Bhanot, an assistant professor of economics at Swarthmore College, says such acts of defiance and rebellion might be best explained through the lens of behavioral economics. Behavioral economists like Bhanot study the science of decision — what influences people to make certain choices and how people rationalize their participation in society through activities like voting, preventing pollution, or social distancing. In other words, actions that may ultimately do a lot to benefit the greater good.

When individuals bear personal costs, like taking the time to vote, pick up litter on the street, buy and wear a mask or stand six feet apart to benefit others, behavioral economists call this cooperation. But people rarely change their way of living without some resistance, even in normal circumstances. Amid a global pandemic, resistance to change seems to have multiplied. NextHealth PHL spoke to Bhanot about why some people are choosing to ignore expert advice and what residents and governments can do to encourage people to adopt behaviors that keep everyone safe from contracting the virus.

NextHealth PHL: Why are people rebelling against social distancing and other rules designed to keep them safe from the spread of coronavirus?
Bhanot: One driving force here is that people are trying to make it feel normal by making the argument that this is overblown. And it really is a method for calming themselves down or trying to reassure themselves that this can’t possibly be that serious.

The other part is that this kind of reaction is psychologically built into us. Once your freedom is constrained to some extent, especially by an outside force, we tend to kind of push up against that. That’s what a psychologist would call a system one reaction. Our immediate response is to go in a completely different direction from what you’re telling me to do because you’re trying to put shackles on my freedom. So, I’m going to respond to that by exerting it to show you that I still have my freedom.

There’s also some appeal to being seen as a rebel. We tend to think of rebelliousness as a good thing or some consider it to be a virtue, especially with younger people in schools. Pushing back against authority is seen as cool, even though it’s not.

Are people also ignoring advice because they don’t trust experts?
When you think about most of the people that you trust, it’s your friends, your family and your immediate connections. And there’s a lot of distrust for government, whether local or national. And we sort of have an anti-expert culture where people just don’t trust the experts. But they do trust their neighbors and friends to a greater degree.

I think finding avenues for communicating directly with your friends and family about social distancing, suggesting activities like watching movies together on a virtual platform, it’s not only a nice thing to do to get the social connection and help with the feelings of isolations, but it also communicates to them that you’re staying home, taking social distancing seriously, and that helps spread the social norm in subtle ways.

Early in the pandemic, we even saw government leaders push back on some of the recommended restrictions. Mayor Kenney initially didn’t want to cancel major parades, Donald Trump refused to wear a protective mask in public, and Boris Johnson said he’d continue to shake hands despite the risk of spreading the virus. What is driving this type of behavior?
There are multiple things at play here. One is that there is a trade-off between not wanting to cause panic and wanting people to do the right thing because if we collectively freak out there are other bad consequences to that. That’s the most generous reading of what’s going on. I don’t think it’s helpful though because people don’t need ambiguous messaging.

Part of it is also this desire to be seen as a tough or a strong person when what we’re supposed to be doing is sheltering in place. That doesn’t feel like a tough reaction to a threat. When you think of the fight or flight response, it’s kind of the flight response, right? By isolating ourselves it might seem like we’re doing it because we’re scared of the virus. That is probably the psychological thought process some people have. It has certainly been frustrating watching commentary that promotes this notion that we’re going to fight the good fight, as if this is a war, when it’s not really a war, it’s a virus, a biological entity, and we can’t sort of wish it to not afflict us.

We need to get past the “tough guy” mentality. I mean, it’s a part of our basic human biology, we’re all vulnerable to it. There is often a gender component to this, too. I’ve noticed a lot of male leaders being a little bit machismo about this, with guys treating this almost like a terrorist threat or something but this is not something you can “tough guy” to make it go away.

How can we encourage people to avoid high-risk behavior during the pandemic?
We have to make doing the right thing cool, like getting prominent people to try to bring a little bit of joy and fun to the acts we are required to do. Celebrities can put on funny videos about washing their hands to show that we are all at home. It presents this as the social norm and something that’s cool and fun to do. And it’s a way of saying, “We’re all in this together.” That really helps to flip the script.

There’s also a lot of research suggesting that concreteness is really important. Even some of the messaging that’s out there now, like “keep your distance from others,” is not very concrete. People might not know whether that means 100 feet or nine feet. You have to give people concrete instructions for what’s acceptable and what’s not acceptable. I think the 6 feet rule is helping. Messaging about 20 seconds of hand-washing is helping. But we need more of those things, and we need our leaders to appreciate and promote that.

You also have to find a way to confront those around you who are behaving inappropriately and some of it is in the language you use. If you approach these people with aggression, they’re immediately going to justify their behavior and may even lean more into the behavior. You’d be putting fuel on the fire instead of putting it out. You have to find a way to relate by saying, “I see where you’re coming from” or “I know this is really hard, but we’re in this together.” Finding the right way to communicate in an empathetic way is really important.