Thomas Jefferson University population health expert Dr. David Nash wants to enlist people who’ve lost jobs to the shutdown and put them to work to prevent the next shutdown. 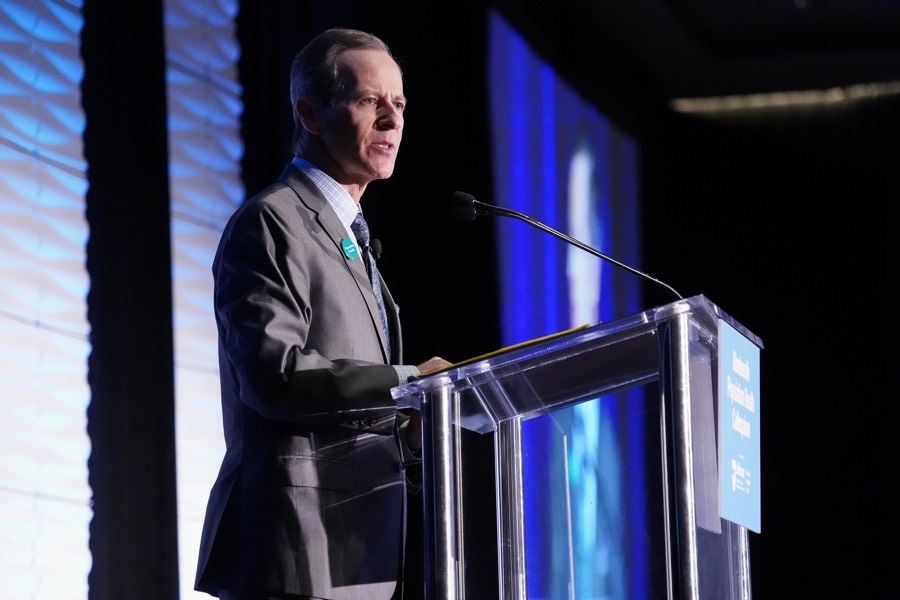 Dr. David Nash, the founding dean emeritus of the Jefferson College of Population Health at Thomas Jefferson University, knows we’re far from done with COVID-19. Until there’s a vaccine, the conventional wisdom goes, there will be waves of resurgence, especially as states clamor to reopen their shuttered economies. Along with vastly improving our testing capabilities, Nash envisions employing a tried-and-true method — contact-tracing — as key to tempering the economic impact of successive flare-ups of COVID-19. In a nutshell, contact-tracing — the simple act of alerting everyone an infected person has come in contact with — will allow us to target who needs to self-quarantine rather than bringing the entire economy to its knees over and over. We chatted with Nash about the “Army of First Preventers” — a battalion of contact tracers culled from people out of  — he proposes Philadelphia and its academic medical centers (including Penn, Jefferson, Drexel, Temple and Cooper) embark on enlisting now.

Philadelphia magazine: Can you talk briefly about how contact tracing works and why it’s so important?
Dr. David Nash: Let’s set a little context. Contact tracing is a tool that’s been around for literally a century. It was done during the [1918] flu pandemic. It’s all about moving us from where we are now— mitigation, suppression. Contact tracing works like this: Who is sick, and who did they come in contact with? And then you trace the contacts and get all of those people to self-quarantine instead of having everybody shut down.

Let’s use you as an example. If you didn’t get a phone call from one of these contact tracers, then you’re probably good to go. But if you got a phone call, they’re going to ask you all kinds of intimate questions. Who’d you talk to? Who was on the bus? What’d your wife make for dinner? Who else was home? Are you sure you didn’t wander around at night? And then they’re going call those people and give them the sense that, “Okay, we’re not going to divulge a name to you, but you’re at risk, and we highly recommend that you self-quarantine.”

So in Philadelphia, when we had 50 to 70 new cases a day, it’s likely that the Department of Public Health could have done contact-tracing early on. But at one point we were having 700 new cases. It overwhelmed our ability to do this tried-and-true public health tool. And here we are.

What you’re saying is that we need help. An army of helpers.
We started thinking and I borrowed this phrase, “preventer,” and I set out to enlist an Army of First Preventers. We want to give people the armamentarium of population health. [The analogy] makes sense because we’re going to send this army forth to do battle with this virus. And we have to think about doing that now to implement the training and get the boots on the ground in … let’s call it July, August, September, so that when the second wave of COVID-19 comes, we’ll be ready to do the contact-tracing. I’m happy to say that other towns are doing this, everywhere from little Danville, Pennsylvania, with Geisinger Health, to Boston, which has a huge commitment to contact tracing, and Seattle and San Francisco. So, Philadelphia needs to start doing the planning, the training, and get ready to deploy. There’s pockets of progress. Health Commissioner Thomas Farley knows, and I think he wants to do this. Now it’s all about who’s going do it and who’s going pay for it.

Part of what I think is ingenious about your plan is that you’re proposing employing a ton of people who are out of jobs due to the pandemic. It’s very New Deal, but also specifically targeting the cause of the economic crisis.
I hope it’s not radical. It seems like a pretty smart idea. You got all these smart people — blue- and white-collar — out of work. And this just requires good people skills and a telephone. And probably modest training and an algorithm, which we could put into a book that anybody can follow. So why don’t we start thinking about who might be able to do this?

There is one proposal in the literature, and I’m not advocating this, but some very smart guys in our field wrote a piece in the Journal of the American Medical Association that essentially said: Every first-year medical student nationwide who’s going to start school in September? No, they’re not. They’re going to become the contact tracers. Well, you know, that’s a little radical. So, if that’s over here, I’m over here: Who’s out of work? Let’s get the amazing healthcare infrastructure in this town, which is our biggest business, and let’s start thinking about: How do we prepare to train and deploy the gumshoes necessary to go knock on doors or make phone calls and say, “Hey, you know, you’ve been exposed, and we want to tell you how.”

I think the alternative is a little bit Big Brother, which I’m not sure we’re really ready for. Those folks in Wuhan, they were locked down for 70 days. At a minimum. We’re on day 42. When it’s 80 degrees and sunny out, do you think everybody’s going to stay indoors? I don’t. I’m pretty nervous. This is a huge issue, and there’s an amazing, super-low-tech 100-year practice that ironically could be the first wall of defense against the second surge.

What are the challenges to getting this off the ground?
First, who’s got the political will to do this? It’s above my paygrade. Second: Who’s going to pay for it? And then, who’s the general? My view would be Commissioner Farley is the commander in chief of this army. No question. And are the city’s academic medical centers willing to cede command to the commissioner? My personal view would be, Let’s do it. I can’t speak for the other places. Penn, they’ve got a small effort. You’ve probably read about it—some community health workers who are being retrained to become contact tracers. Great. And our leadership, they’re actively thinking about this. We’re still in mitigation and containment mode, so it’s hard for people to pivot, but they’re certainly thinking about it. And there have been conversations with the governor’s office and the mayor. So, it’s not a surprise to anybody.

Is there any precedent for that kind of cooperation among the city’s big teaching hospitals?
The planning that went into swine flu was probably the last time. And also, big events, like the Pope’s visit. But the swine flu planning — which is now, gosh, probably ten years ago — everybody had a representative at the table. And some of that’s actually very eerie because the things they said we would need — i.e. ventilators and masks — when you go and you look at those reports, it’s pretty scary. It’s all in there.

Do you have a ballpark figure of how much this would cost?
The short answer is no. There certainly would be two parts. One would be the startup phase, which would take some dollars, to find the people, register them, start the curriculum, deploy them. Certainly, that would be a couple thousand dollars in startup costs on a per-recruit basis. And these kinds of folks are, relatively speaking, not that expensive to employ — less expensive than a doctor, nurse or a pharmacist. And I think we could have a great return on that investment, certainly from a health perspective. But it’s probably going to cost a couple of grand per head to get started.

How big an army are we talking about?
I think looking at our city and then you add Montgomery County, Delaware, Buck … I would say thousands.

I assume such a program would need to be active for as long as the virus is considered a threat. But you seem to have plans beyond that.
I think they could have another role, and this would take more training. It’s much more akin to the traditional community health worker. These are men and women who could be literally in the corner barber shop taking blood pressure. In the churches. In the synagogues. In in the Italian market. Everywhere. And they’re saying, “Yo, Philadelphia, you are fat. You have diabetes. You have hypertension.” And guess what? All of that caused us to have unnecessary deaths in wave one. Right? Because this town is really more about health care than about health. There’s lots of blame to go around. I’m not casting aspersions here, but look, we know we’re America’s poorest [big] city. And we’re fat. And we smoke. And it’s disproportionate in [non-white] communities, which are getting whacked [by COVID-19]. These “first preventers,” they could do more education and training as it relates to health. It could be a rallying opportunity, too. Getting people behind the idea of better health may help protect us from the second wave, and you could be a part of this.

What are the benefits of doing this locally as opposed to a nationwide program or through technology?
I saw that two senators from New York actually have a proposal out for a federal bill to help fund, at a pretty high level, an army of public health workers. That’s fascinating, and it’s getting all kinds of good attention. I think all health care is local. And in this town, we’re talking block by block. I think it would work a lot better in our crazy patchwork quilt city to do this at the local level. And I think we’d feel a bigger commitment. We’d probably pay closer attention, if we can do it at the local level. I certainly wouldn’t give back any kind of federal dollars that might be apportioned to do this. And I’m sure Commissioner Farley would love to have some federal money flowing to this. It’s going to take federal sponsorship to get it off the ground, probably. But, why don’t we start the conversation now? Let’s be prepared, instead of wondering, Are we going to get this money? We could start it on a smaller scale, practice how it’s going to be set up, get feedback. Let’s figure it out and make mistakes with 100 people before we have 2,000 on the street talking to citizens.

If the funding arrived today, how long until this is up and running?
Wow. Yeah. That’s a great thing to think about. Well, anything’s possible in the post-COVID era. I would say two to three weeks. Yeah. I mean, we’ve got the schools and the political will. I think the money would go a long way to get people off their duff. Three weeks, and we could probably get the first people out the door.