Here’s Everything You Need to Know About Cancer Screening

During Cancer Screen Week, the American Cancer Society's Carmen Guerra talked to us about how to ensure equal access to preventative cancer screenings. 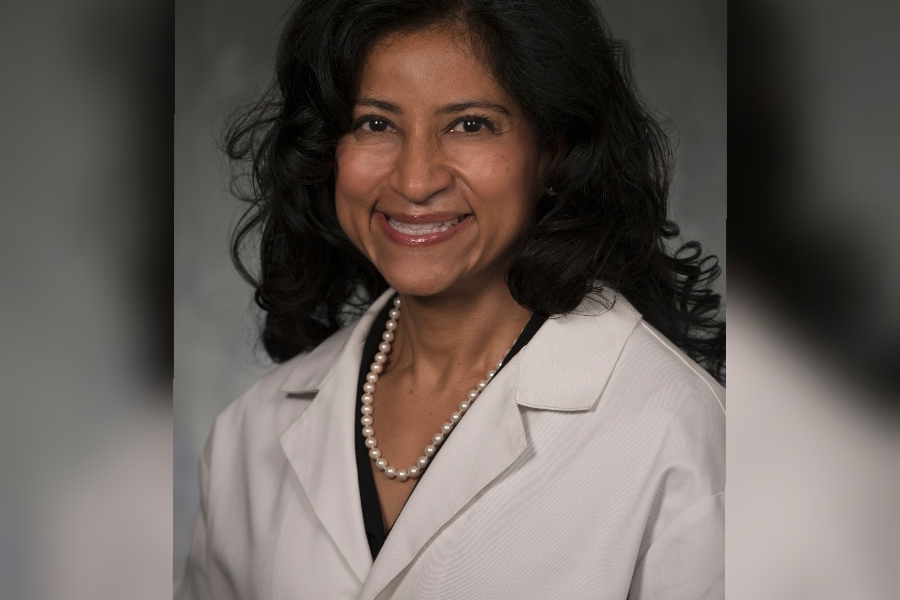 Carmen Guerra is the scientific officer for the board of the American Cancer Society and an associate professor of medicine at the Hospital of the University of Pennsylvania.

It’s officially Cancer Screen Week, a time of heightened awareness of the troubling reality that more than 600,000 people in the United States are expected to die from cancer by the end of 2019. The annual week also highlights the fact that cancer screenings, which increase the chance of early cancer detection, are not readily available to everyone.

According to the American Cancer Society, screening rates for colorectal, breast, and cervical cancer are lower in Philadelphia than in other areas of Pennsylvania, while 25 percent of the city’s residents live below the poverty line with decreased access to care and higher rates of illness and death.

“Philly does have several areas where we could definitely increase cancer screening rates and thereby avoid many cancers. And not only avoid them, but if we do diagnose them, we’d be able to diagnose them at an earlier stage,” said Carmen Guerra, the American Cancer Society’s board scientific officer.

As an associate professor of medicine at the Hospital of the University of Pennsylvania, Guerra studies the patient and provider behavior related to colorectal cancer screening and health literacy as it relates to that diagnostic procedure. She also works to improve screening rates among racial and ethnic minorities, people with low socioeconomic status and those with traditionally low cancer screening rates. NextHealth PHL spoke with Guerra about the barriers that prevent some communities from getting screenings and the innovative methods she and other healthcare professionals are using to remove the barriers. She also offered tips for people who are considering having a cancer screening.

“There’s this big misunderstanding that in order to get a cancer screening test you have to have a symptom or a problem or a family history of cancer. That’s a huge misconception,” Guerra said. “The truth is, cancer screening is, for the most part, for people who are asymptomatic and don’t even know they have cancer or are at risk for cancer.”

But there are guidelines about what age you should begin getting screened for certain cancers.

Colon cancer screenings don’t have to be invasive

“There are a lot of people who say they will never consent to this test. In particular, men and men of color tend to feel the test is too invasive and won’t agree with the idea of having somebody inserting a small camera, rectally, to look at the colon,” Guerra explained. “So, what I’ve learned is that we have to innovate for that group. If we can’t use colonoscopy, we have to think of other things that are less invasive and more palatable.”

People who don’t agree with colonoscopy can request a fecal immunochemical test (FIT). This less invasive screening tests for hidden blood in the stool, an early sign of cancer.

Free screenings are available for people who are uninsured

“One issue is that we do have a proportion of uninsured patients in Philadelphia and although the ACA allowed us to have a law that mandates coverage by insurance companies of all preventive health tests, there’s still a pretty high proportion of uninsured men and women in this county that still don’t have access to cancer screening because they don’t have insurance,” said Guerra. “That’s one of the main barriers that keeps people from getting their cancer screening tests, and that’s something that we’ve tried to overcome by offering free cancer screenings.”

Be aware of the barriers some communities face

“Philadelphia has one of the most diverse populations, and sometimes these diverse populations have language and literacy barriers. In some communities, people may not know how to access cancer screenings, or they may not know which cancer screening they should be getting,” Guerra said. “Beliefs can also be a barrier in communities that are underserved. There’s a very prevalent concept of fatalism, which is the idea that everything is predetermined and if you’re going to die of cancer, you’re going to die of cancer and nothing you can do is going to help prevent that destiny. It’s a really troubling and difficult barrier to overcome as well.”

Guerra said healthcare professionals should also consider ways to help people overcome common barriers by doing things like ensuring patients have an escort and a ride home after a screening or making sure a patient can afford prescriptions that might be required for a particular screening.

“Often, when we meet our patients, they’re still very fearful. So, one of the things they need most when they arrive at our doors is just emotional support, someone to hold their hand to let them know that no matter what happens, they’re going to be okay,” Guerra explained. “Cancer screening navigation is still a new concept in medicine. It was introduced in 1990 by a black professor of surgery in New York who created this concept of navigation when he observed that many of his patients of color were showing up with late-stage cancer and when he would ask them why they didn’t get a screening they’d reference many of the barriers we’ve discussed.”

Studies have found that patient navigation — programs that assign individuals to help patients overcome obstacles to seeking care — may be effective in encouraging patients in underserved communities to get preventative screenings.

“Machine learning is making its way into the medical field,” Guerra said. “At the Center for Healthcare Innovation at the University of Pennsylvania, one team is looking at ways to use machine learning to improve outreach for screenings by looking at patient records to see who should be getting cancer screening tests but haven’t been screened. And then, using an algorithm, they’ll be able to  contact those individuals to tell them that they’re eligible for these tests and hopefully make it easy for them to accept or refuse those cancer screening tests.”