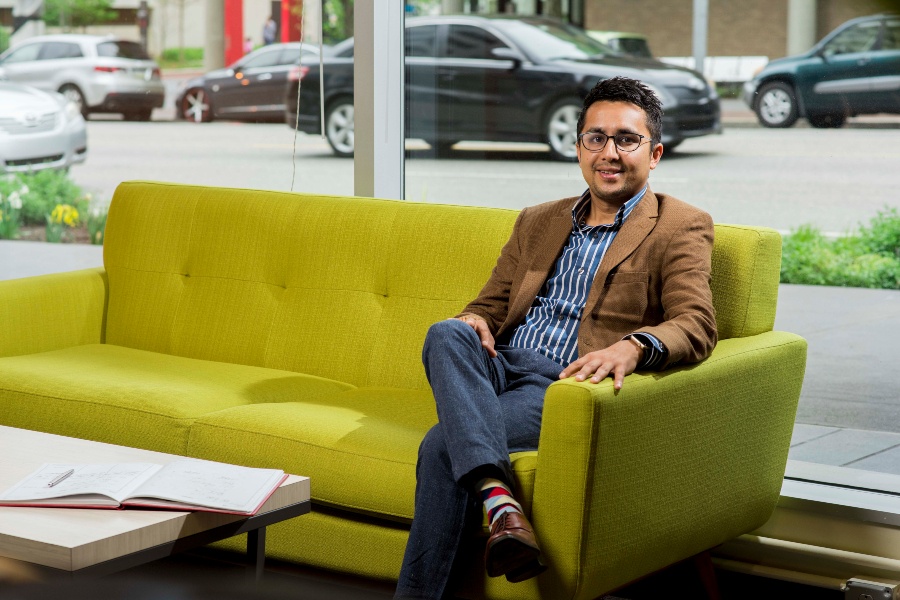 Who: Twenty-three years ago, Mihir Shah came from Mumbai to Philadelphia to study computer engineering at Drexel University.  Driven by a desire to help women in India and in other countries that lack access to preventative medical screenings, Shah and his colleague Matthew Campisi used a $150,000 angel investment to launch UE LifeSciences in 2009.

What: UE LifeSciences is a med-tech startup with headquarters in Philadelphia and satellite offices in India and Malaysia. The company’s flagship device, iBreastExam, is a low-cost, battery-powered handheld device that detects lumps or variations in breast tissue. The device allows even lay health workers to perform breast exams in just five minutes. Unlike traditional mammograms, the iBreastExam is painless and does not require exposure to radiation. Results from the exam are made available via a companion mobile app just minutes after the exam. The iBreastExam device has a near 90 percent accuracy rate for diagnosis and has detected breast cancer in more than 120 women.

When: In 2014, UE LifeSciences was selected to participate in the first class of the University City Science Center’s Digital Health Accelerator program. The company used funding and mentorship from the DHA program to secure approval for its breast exam device from the Food and Drug Administration (FDA) in 2015. In 2017, UE LifeSciences secured a distribution partnership with GE Healthcare to commercialize iBreastExam in more than 25 countries across South-Asia, South-East Asia and Africa, targeting women in developing nations who’d benefit most from the product. UE LifeSciences has screened more than 250,000 women in 12 countries. To date, the company has reeled in $1.5 million in grant awards and $4.2 million in revenue.

Breast cancer is most curable with early detection, but there are still so many barriers that prevent women from getting early detection exams, including lack of access to radiologists, the expensive cost of mammogram equipment, and fear of pain and radiation. Sixty percent of breast cancer deaths occur in developing countries where more than 90 percent of women don’t have access to breast cancer screening.

What It Means: The iBreastExam is the first major innovation in breast health screening since the mammography machine became the standard for detecting breast cancer tumors more than 50 years ago. While the product is primarily being used in developing countries, UE LifeSciences’ iBreastExam could make painful and expensive mammograms an element of the past. Increased access to early detection exams may ultimately result in fewer breast cancer deaths and better health outcomes for women and men with breast cancer.