With its free summer programs at the Science Center, FirstHand could lead more youth to choose careers in science. 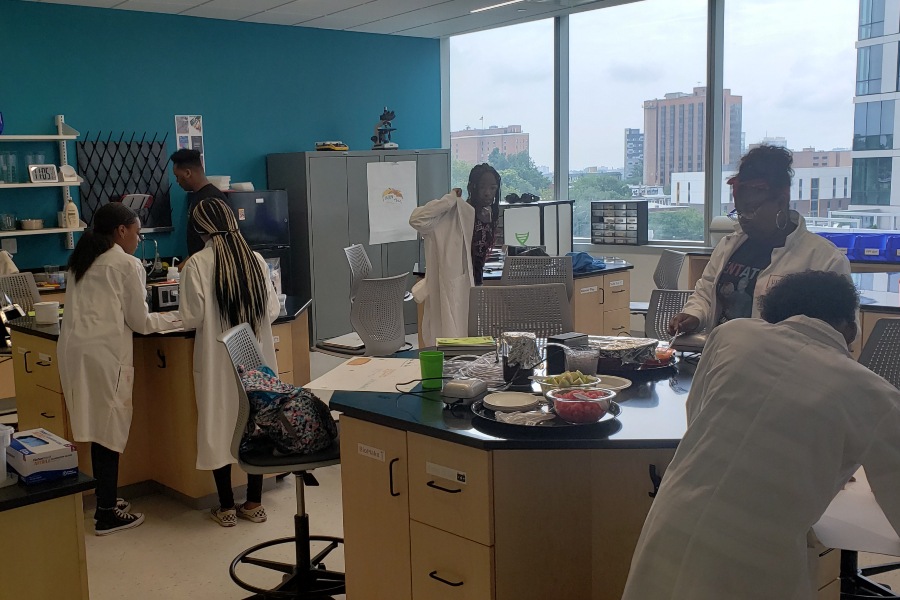 FirstHand engages middle and high school students in creative projects that marry the arts and STEM in a real-life laboratory at 3675 Market Street. / Queen Muse

The U.S. Bureau of Labor Statistics estimates that by 2027 the number of jobs in science, technology, engineering and math (STEM) will grow 13 percent, compared to nine percent for non-STEM-related jobs. But, according to the National Math and Science Initiative, only 36 percent of all high school graduates are ready to take a college-level science course. These stats seem to beg the question, are we doing enough to prepare the next generation of STEM innovators?

FirstHand, an educational initiative at the University City Science Center in Philadelphia aims to do just that, or at least pique students’ interest in science as early as sixth grade.

“Most scientists can trace back to the class or teacher that inspired them to enter the science field,” said FirstHand’s program manager, Maya Heiland. “We want to be a part of that shift in perspective toward science.”

Through a series of free programs, FirstHand engages middle and high school students in creative projects that marry the arts and STEM in the Science Center’s laboratories at 3675 Market Street. Every day is different for student participants who come to FirstHand during after-school hours or over the summer. Sometimes they tinker with batteries and circuits or create genetically modified organisms and other times they learn the inner workings of human DNA or use laser cutters, power tools, and hot plates to recycle plastics into new materials. 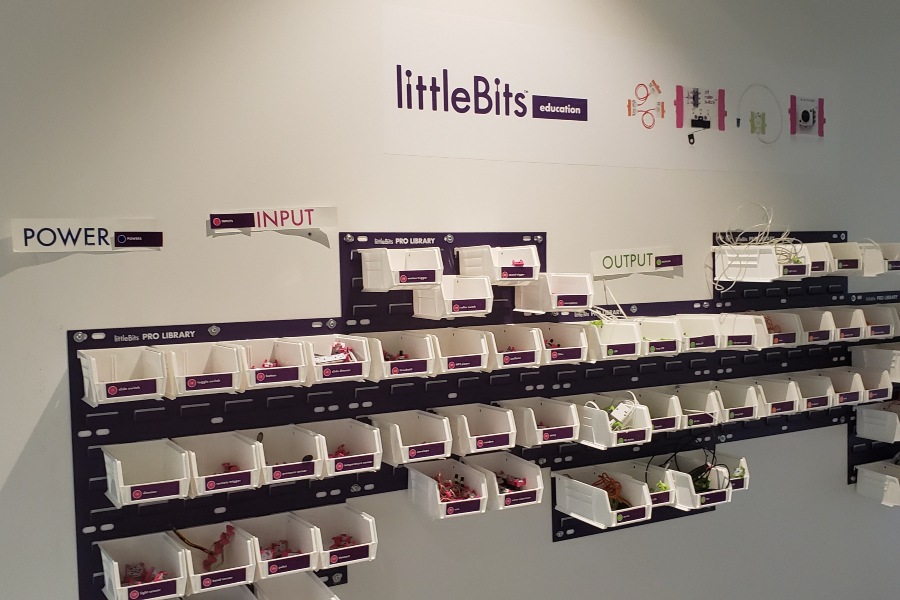 AmpItUp, a FirstHand program, allows students to learn the basics of electrochemistry by tinkering with designing different types of batteries and experimenting with electrical circuits. / Queen Muse

In August, FirstHand wrapped up a five-week program aimed at teaching students the basics of molecular gastronomy, a sub-discipline of food science. This summer’s cohort had only one challenge: change one variable of a common food to see how it affects the tasting experience. To do so, students first learned about the many variables that contribute to our experience of flavor, including taste, temperature, texture, sound, smell and presentation. The groups then created their own altered flavor projects and presented them to members of the Science Center community in a mock pitch presentation to ‘investors’ for a chance at earning up to ‘$10,000’ in ‘seed funding.’ 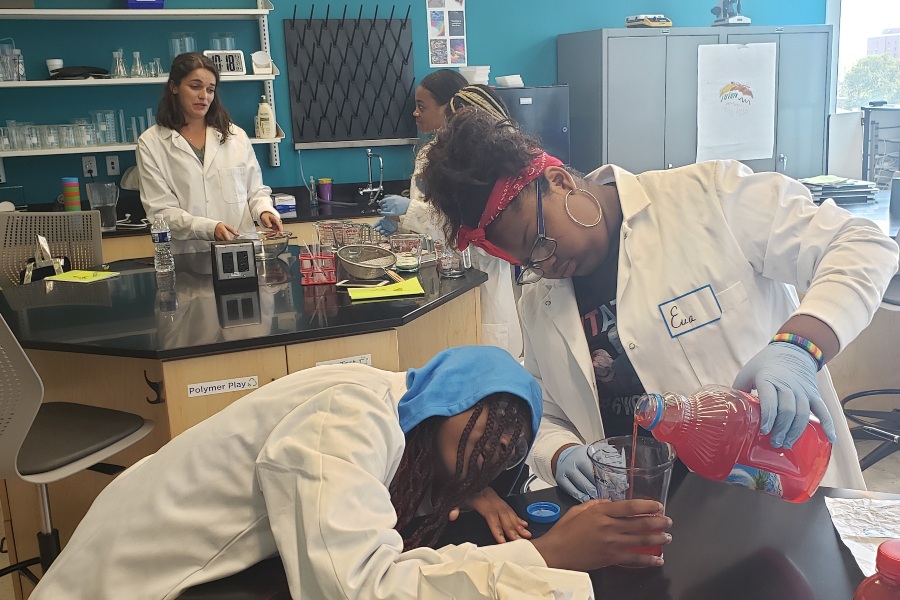 Hours before the formal presentations, students gathered in a lab to make bite-sized samples of their creations. One group took a creative approach to making ketchup. Instead of using tomatoes, sweeteners and spices, the group combined fruit and vegetable juice and presented it as a dipping sauce for cheesesteaks.

Another group took a stab at manipulating the flavor of fruit by dipping it in various flavors of Kool-Aid. Using a combination of soy protein, xanthan gum, an immersion blender, and an aquarium pump, several students turned their liquid mixtures into cups of flavorful bubbles. 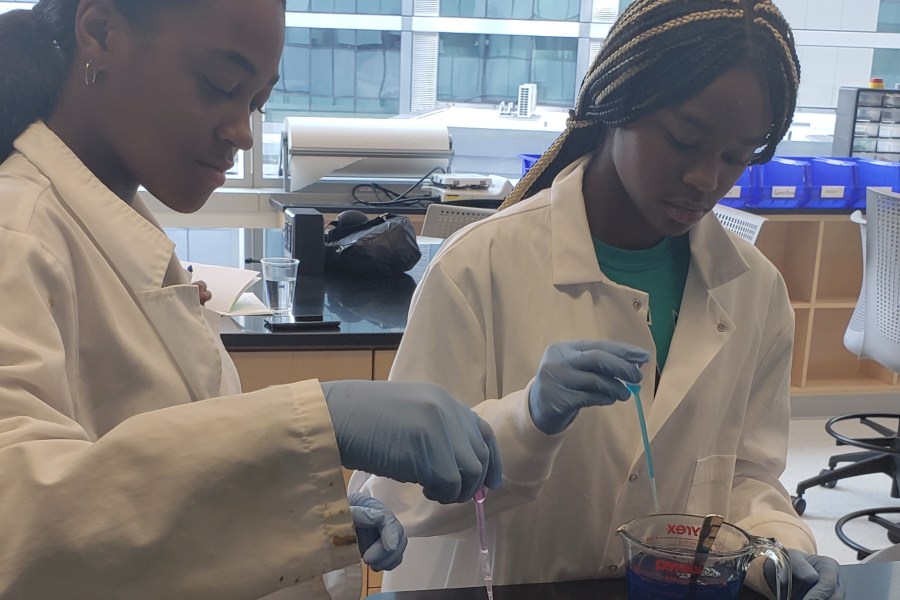 Another group attempted to make colorful “caviar” using a mixture of agar agar and fruit juice and dripping it into ice-cold oil. When the mixture didn’t form the perfect, tiny little balls the group hoped for, they improvised, making cups of colorful Jello mixtures to manipulate the taste of vanilla ice cream.

Heiland, a former high school biology teacher, says she never claims to be a science genius. When student groups face difficulties during experiments, she often turns to Google or YouTube right along with the student to help them discover potential solutions. 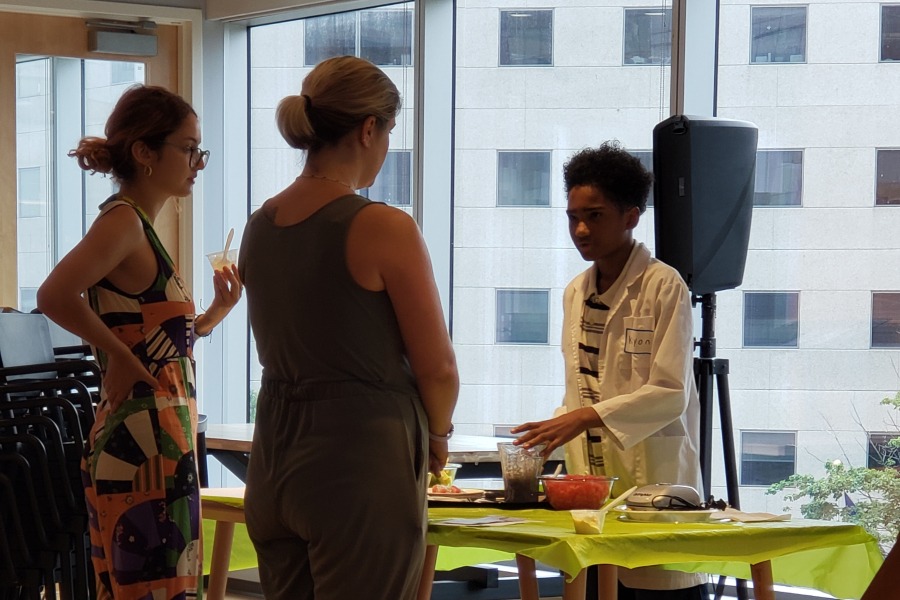 The students presented their work to members of the Science Center community, including a FirstHand alum, Brooklyn Johnson-Cole, who now serves as an intern for software incubator, ic3401.

“The best thing was just having the experience,” said Johnson-Cole, a junior student at the Science Leadership Academy. “I came from a middle school in West Philly where the science was not really where it needed to be. So being able to have science and labs, and being able to create whatever you liked, it was really nice.” 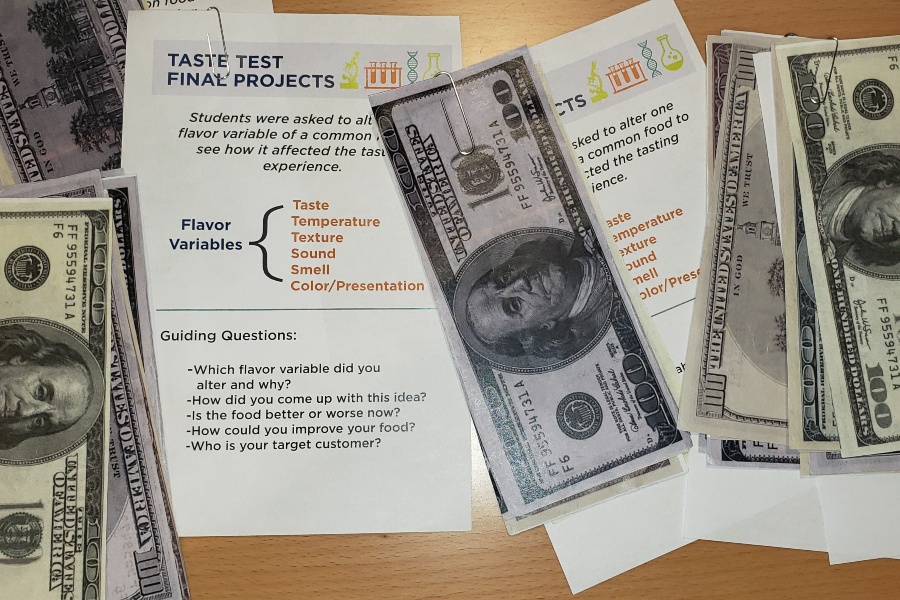 FirstHand’s Taste Test program allows students to do a mock pitch to investors for a chance to earn seed funding. / Queen Muse

On arrival, guests received fake money in the amount of $500 and were given the option to invest some or all of their funds in the group or product that most impressed them. Heiland says the investment angle was recently added to the program as a method to get adult participants to be more engaged with the students and to make the experiment more real.

“The next step would be to have real money but this does get the students to think strategically about product presentation,” she said.

Planning for the Future 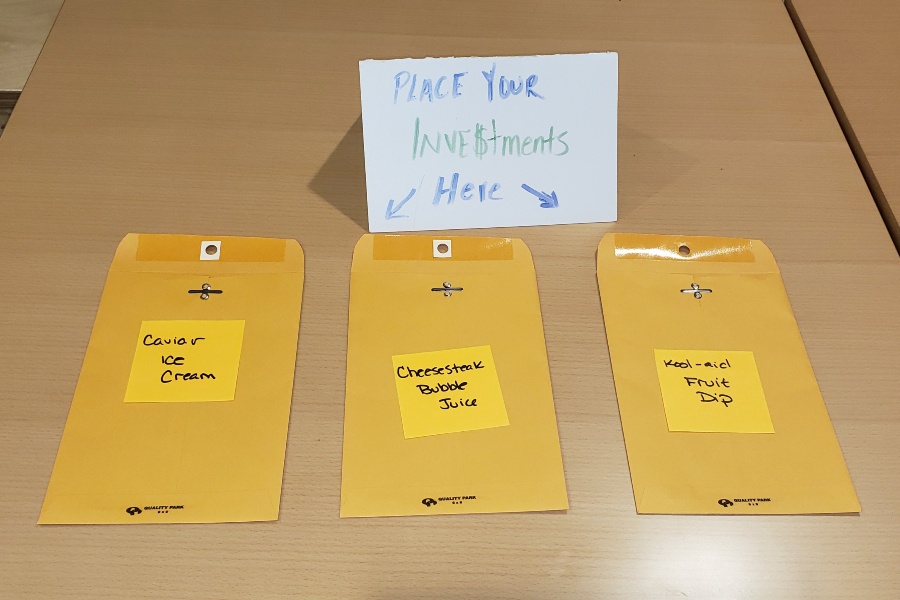 Guests were given the option to invest some or all of their ‘money’ in the group or product they were most impressed with. / Queen Muse

At the moment, FirstHand is not moving students from its programs directly into jobs in STEM, but the program is headed in that direction.

“I always wanted to do something technology-based but I was scared to really jump into it. I have a different perspective now, being a former student and now being a teacher,” Thompson said. “I want to be an inventor. Just seeing the things people create when we’re in the lab, it’s inspiring. I want to be a part of that. I want to help advance technology in general.”

Thompson is headed to Penn State-Baring in the fall where he’ll major in mechanical engineering.

But many of the students we met in the program said they don’t know whether they’ll enter a STEM field when they get older.

“I liked making things, but I wasn’t really into science,” said Ghazalah Washington, a seventh-grader from Aloysius L. FitzPatrick Elementary School who says her parents made her join the program. “I might not do it when I get older, but this has been a lot of fun.”

“There are so many variables to the STEM workforce pipeline. So our work is less about making sure they do science when they grow up and more about them learning how to ask questions and figure things out,” Heiland said. “I always tell students, don’t be a scientist because everyone is telling you to. It has to be a part of who you are. We don’t have a direct career path yet, but we’re learning as we grow.”

“Consumers around the globe are demanding that the food and beverage industry formulate healthy products that taste great,” Horvitz said. “Exposing students to real-world examples of taste science has the potential to stimulate their curiosity, which may very well lead to a career in this exciting field.  And if they have the entrepreneurial spirit, they can even start their own company.”