Here are his thoughts on what to expect next from Philadelphia’s gene and cell therapy sector. 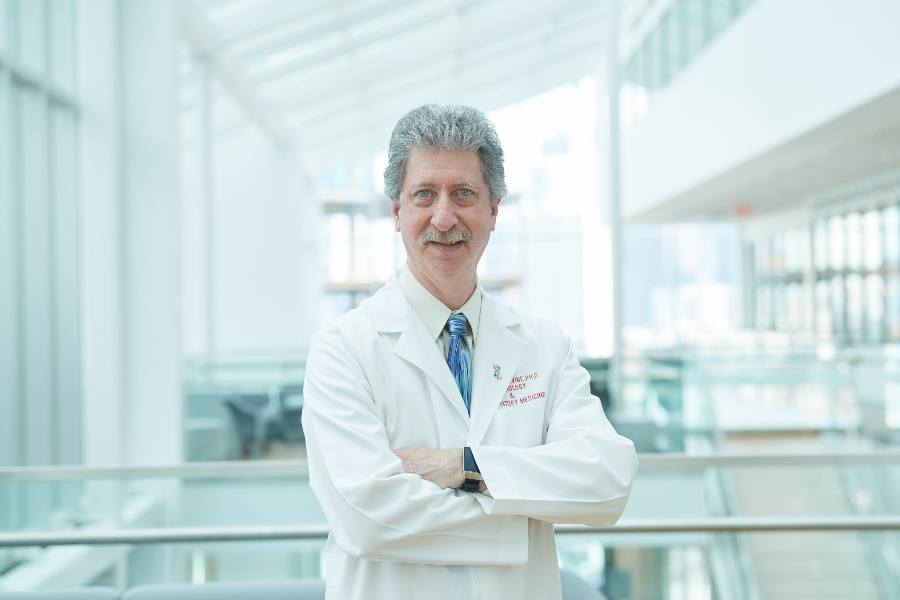 Bruce Levine holds many titles. He serves as the Barbara and Edward Netter professor in cancer gene therapy and founding director of the Clinical Cell and Vaccine Production Facility (CVPF) in the Department of Pathology and Laboratory Medicine at the Abramson Cancer Center of the University of Pennsylvania’s Perelman School of Medicine. He’s also a scientific founder of Tmunity Therapeutics, a successful Penn spin-out aiming to commercialize its breakthrough immunotherapy treatments for cancer. In 2020, Levine will begin serving as president of the International Society for Cell and Gene Therapy.

As of late, though, Levine has become more well-known for having given Philadelphia an aspirational title: Cellicon Valley. The phrase is now frequently used to describe Philadelphia’s unique success at accelerating the development of gene and cell therapy treatments. It became so popular, the Pennsylvania Senate declared May 22 Cellicon Valley Day across the Commonwealth. With more than 20 years of experience conducting groundbreaking research in the local medical community, Levine feels he’s now uniquely positioned to serve as an influential guide to researchers, investors and regulatory agencies around the world as they grapple with the challenges of deploying new therapies.

NextHealth PHL sat down with Levine to find out why he coined the phrase and how he believes the region can live up to the hype of becoming the home of the next generation of medical breakthroughs.

NextHealth PHL: You’ve been conducting research in Philadelphia for over 20 years. What would you say is the city’s greatest strength right now?

Levine: We don’t like to brag like our neighbors to the north, but maybe we should be bragging more than we do. The city has changed a lot, and that’s a good thing. When I compare the medical school and health center footprint at Penn from when I was in undergrad at Children’s Hospital of Philadelphia (CHOP) to now, it’s between ten and twentyfold more square footage than it was back then. That type of contiguous growth just doesn’t happen in other major medical centers, especially those located in major cities.

I think sometimes people don’t appreciate what’s happening in West Philadelphia, where we have some of the best universities all in one place. You have Drexel and the University Science Center, contiguous, and the new Pennovation Center. That’s a critical mass. And now there’s another one growing down at the naval yard with GSK, Adaptimmune, Wu Xi, Iovance and others. There’s more out in the suburbs with Tmunity and other companies. I think that all bodes well and shows our strength as a city.

How is this footprint an advantage for Philadelphia?

The work that we’re doing now continues to grow not only because of the growth of the field but because the more established centers in other regions have severe growth restraints, and I’m talking specifically about San Francisco and Boston. Companies are being priced out of those markets. There are real estate constraints and constraints on recruiting people who can commute less than two hours to get to those regions.

In terms of geography, San Francisco is constrained on three sides by water and mountains; Boston is constrained by water on one side and infrastructure that cannot support additional growth and traffic. Philadelphia, of course, has traffic, but we have a public transit infrastructure and the ability to grow in 360 degrees, not only in the Pennsylvania suburbs but over into New Jersey and Delaware where we have established pharma. So I think all of that comes together in a region that is much more affordable than others.

Can you take me to the moment you coined the phrase Cellicon Valley?

I wish I could say it was a fantastic moment of inspiration where I had thought about it for a long time. But I had a patient’s family in my office. We frequently have patients whose families want to tour our cell production facilities. And I was talking to this family about Philadelphia and what we’re trying to build here, and it literally just popped into my head. I didn’t mean it to be a serious marketing thing. I meant for it to set a vision of what we could be in terms of cell and gene therapy and how we have now grown from Eds and Meds to Eds and next-generation Meds.

What does Cellicon Valley look like in five to ten years?

A lot of the conversations that we are having at Penn and CHOP are about educating the next generation of cell and gene therapy professionals, and this goes all the way up from technicians to residents and fellows, and young investigators. We’re going to see more fellowship and training programs. We’re looking to meld the education and training — our traditional Eds — with the new generation of meds to make sure we can serve as a resource for the growing industry in the region.  There will be a lot of growth, not only in the infrastructure but in training and education, to ensure the next generation can innovate and have command of these expanding laboratories and clinical trials.

What are the biggest challenges to getting there?

It’s an unmarked path. From a scientific and clinical evidence standpoint, we know what some of the newest approved therapies can do but we don’t really know how they will be deployed, managed, reimbursed and paid for, not only in Philadelphia but around the world. So there’s a lot of thinking going on about how we can accelerate the development of these new therapies. With new technology and new therapies, we’ve got to be thinking three or four steps ahead. The FDA is projecting ten to 15 new cell and gene therapy approvals in 2025. We have to make sure our medical centers and clinical staff are prepared to manage that.

And what are the keys to overcoming those challenges?

We need to build a mechanism for collaboration to occur. There isn’t infinite collaboration because universities and companies develop and want to secure their intellectual property. But we do need to think about what information companies can share in a non-competitive space in terms of learning so that the whole field can continue to move forward.