Katherine High recalls the days when men regularly questioned a woman's right to be a doctor. Though those times are mostly behind us, there's plenty of room for women to step up and lead, the leader says. 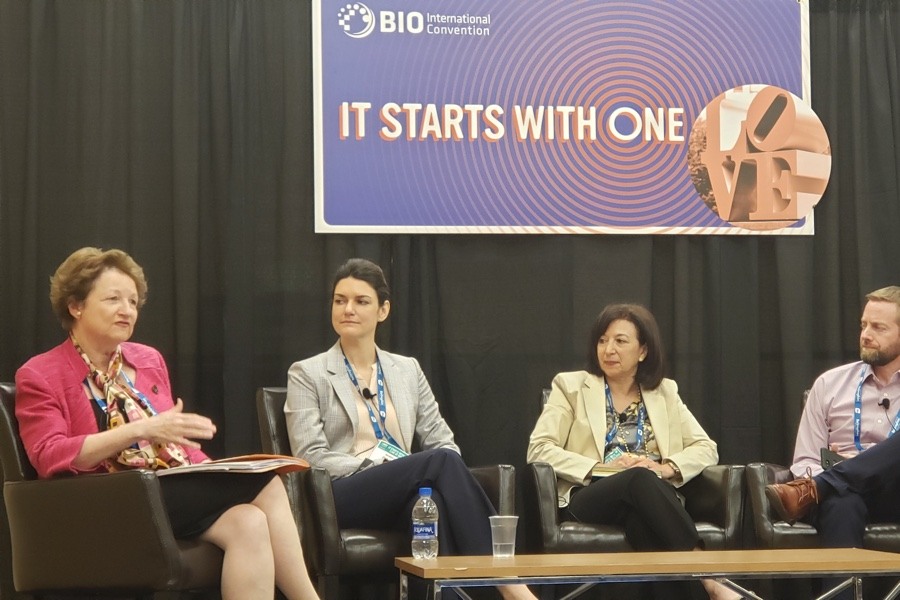 From the outside in, the life sciences industry appears to be a man’s world. At least, at the upper echelons of the industry, women are strangely absent. Data from one study found that roughly 90 percent of all biotech companies in the U.S.—and the venture capital firms that fund them—have male directors or CEOs. A mere 15 percent of biotech company board seats are held by women despite their entering the industry workforce at the same rate as men.

Inside the industry, however, is an abundance of talented women who, according to Spark Therapeutics president and head of research and development Katherine High, need only a nudge in the right direction to improve their likelihood of taking a position in leadership.

“It’s not so much that women don’t enter the field, it’s that they don’t take that next step to lead something,” High said. “It’s good to remind women who are hanging back that if they don’t take the job, someone else will, even if they are not as qualified as you are. You have to ask yourself, is he good enough to be your boss?”

During the 2019 BIO Conference, High joined several women leaders in science for a panel discussion aimed at “shattering the lab’s glass ceiling.”

Philadelphia is leading the way on diversity in STEM, including in positions in healthcare, pharmaceuticals, and biotech. And High says we’ve come a long way. Her early days in the industry were laden with cringe-worthy moments from peers. As many men in the field wrestled with the idea of women as physicians, it was not uncommon for her to hear her male superiors say things like, “What do you think of this whole thing of girls being doctors?”

“When I look back now at some of the things we put up with, it was totally like #MeToo, #ILookLikeASurgeon, and all the movements that are out there for women now,” Wills Eye Hospital ophthalmologist-in-chief, Julia Haller said.

High added that women who experience sexism and misogyny in their field should ultimately learn to “develop a strong internal image of what you want to be so you can be brilliantly resistant to other people’s fairly denigrating images of you.”

The panelists offered four key pieces of advice for women who want to pursue leadership roles in science:

“If women want to go into science today, I think the world is their oyster. But you do need mentors, men or women, or whoever they may be to help you find your way,” said Susan Dillon, president & CEO at Aro Biotherapeutics.

“The same thing that makes women not want to go for a leadership role or negotiate a better salary offer is the same thing that prevents women from saying they need advice from someone. That’s a huge issue,” said Gwendolyn Binder, executive vice president, Science & Technology at Cabaletta Bio. “It becomes a question of putting yourself out there to get what you need and advocating for yourself. You’ll never find one mentor that has everything you need. I don’t think it matters whether it’s a male or female mentor. It’s their attitude toward women that matters.”

Join committees and boards that matter.

“There is a lot of data out there now that we didn’t used to have about how women are likely to behave versus men,” Haller explained. “I think it’s extremely helpful to understand that there’s a reason behind the way we react that’s different from the way men react. And once we’re armed with that information — say, for example, if you know you’re prone to accept the first salary offer — then you can work to fight against it.”

“I think every company is starting to realize that they need a woman, at least one, on their board,” Dillon said. “One of the things that I’ve started to watch out for is the board that’s looking for a woman just to say they have a woman. You have to speak to the CEO and the other board members and really ask questions to see why they specifically want you, because you don’t want to just be a token or a number, you want to be there because you belong to be there.”