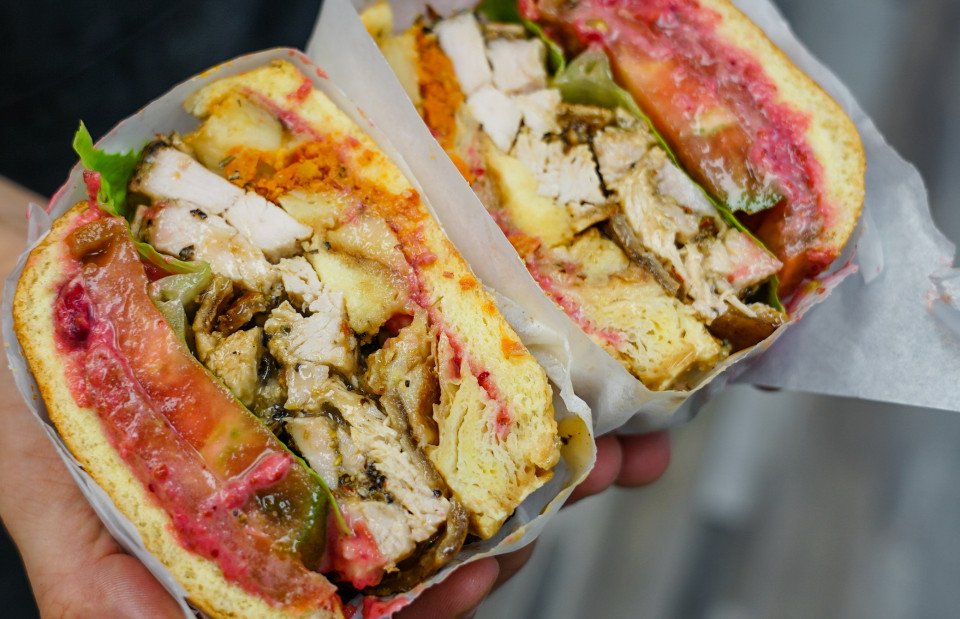 Here’s an opinion that I actually think a lot of people hold: Thanksgiving leftovers are better than the actual meal. The holy grail of Thanksgiving is the bite where you get a little bit of everything, anyway, and the leftover sandwich is simply a more efficient means to that end. But to eat the leftover sandwich, you need leftovers, and if you’re attending someone else’s Thanksgiving, you might very well walk away empty-handed. Even if you host yourself, you might sleep late on the day after, only to find that your mannerless family members have cleaned you right out (a fate that has indeed happened to me because I come from a family of ravenous monsters). Enter these Philly spots that are doing the lord’s work keeping the leftovers stocked up for the sandwiches we’re all counting on.

Wawa, literally everywhere
Let’s start at the beginning, which is, obviously, Wawa. The Gobbler has returned once again, and it’s triple the fun. The Original, with turkey, gravy, stuffing and cranberry sauce is the baseline. You can also add mashed potatoes and garlic aioli OR, get this, mashed sweet potatoes. Wawa just keeps dreaming big.

The Original Turkey, Reading Terminal Market
While the rest of us are roasting one turkey every year, doing a mediocre job and then forgetting about it for the other 364 days of the year, Original Turkey is cranking out turkeys (and multiple Thanksgiving-related sandwiches) all year round, so we have to assume they know what they’re doing with their sandwiches.

High Street on Market, Old City
Thanksgiving sandwiches tend to be cold, to follow the leftover theme, but High Street’s is a hot turkey and cheddar on rye (my personal favorite bread for a Thanksgiving sammie) with cranberry chutney, Brussel sprout slaw, and a fried egg, because why not. This is a limited-time offer: It will only be available the day after Thanksgiving.

McNally’s, Chestnut Hill
Another year-round option is at McNally’s, where The Dickens is served with house roasted turkey, classic stuffing and plenty of cranberry sauce. Classic.

Nick’s Old City, Old City
There’s an argument to be made that the most important part of a Thanksgiving sandwich is the gravy. Nick’s makes that argument by dousing their sandwich in gravy, which is basically all you need to know about it.

Porcos, Point Breeze
Porcos Gobbler features a skin on turkey breast rubbed with pork lard (!) and doused with herbs, roasted then sliced and stacked with cranberry mostarda and savory stuffing pudding, and topped with gravy on a brioche roll. They’ll serve it November 6th through December 7th, so you’ll have plenty of time before and after Thanksgiving to get your fix.

Huda, Rittenhouse
Leave it to Huda to add bacon to the leftover sandwich, which comes on a squishy milk bread bun, plus iceberg and green goddess dressing for a touch of freshness. This sandwich will hit Huda’s menu on November 13th.