The story behind the Cantonese seafood staple, how it's made, and why you should be going out of your way to eat it.

Welcome to Just One Dish, a new Foobooz series where we write about an outstanding item on a Philly restaurant’s menu — the story behind the dish, how it’s made, and why you should be going out of your way to eat it. 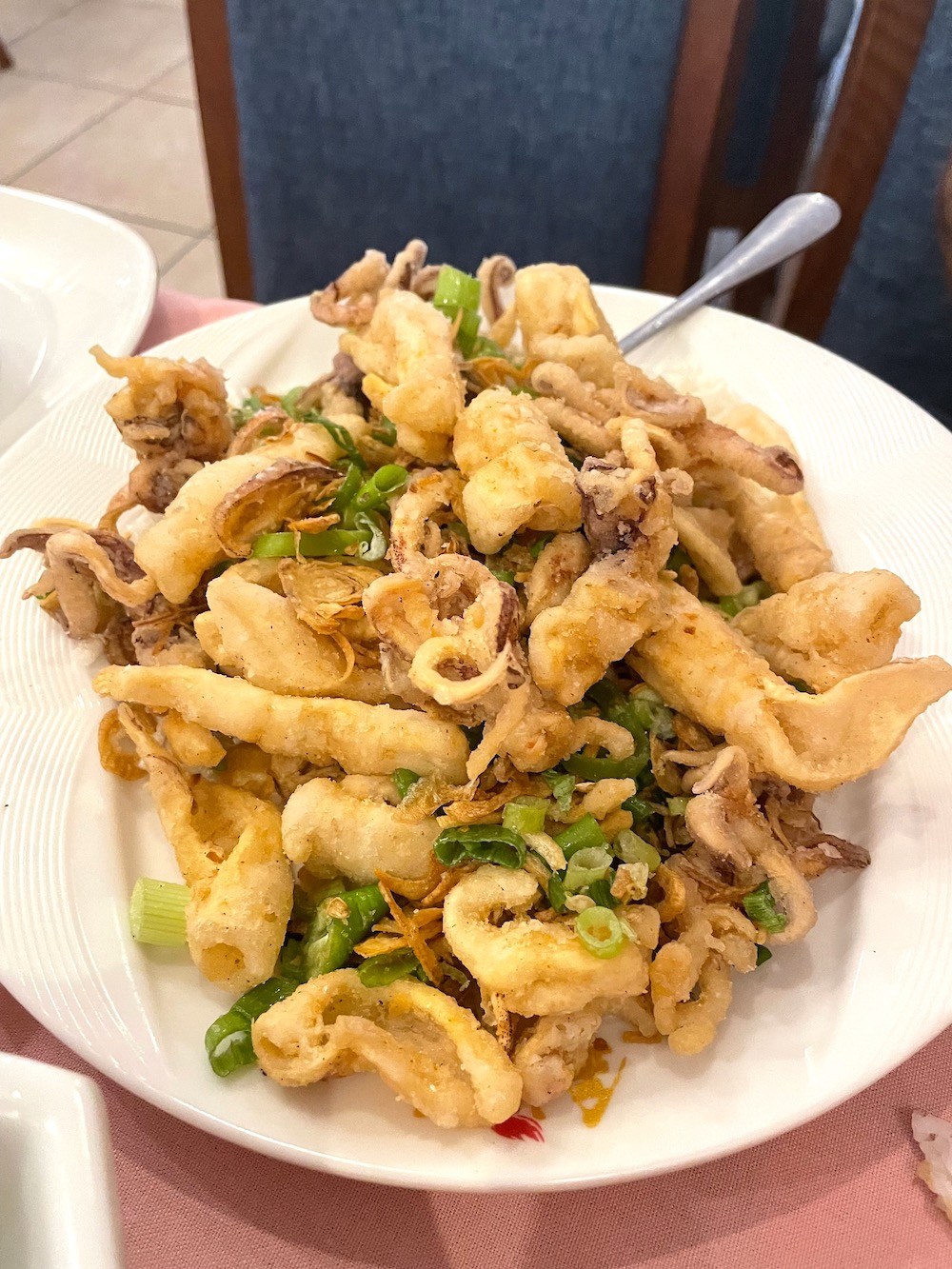 On weekend mornings, China Gourmet in Mayfair is usually packed with families, groups of friends, and parades of steaming, pleated har gow. Carts filled with xue shan bao — with their stucco-like exterior and a sticky pork center — drift between tables. Live lobsters, wiggly eels, and diabolically large crabs bob around fish tanks lining the dining room’s walls. The Cantonese restaurant, which opened next door to an Asian grocery store in the Northeast about six years ago, serves dim sum starting at 9:30 a.m. every morning. But to call China Gourmet just a dim sum place would be like saying an iPhone is just a fancy camera or that Pete Davidson is just America’s favorite ex-boyfriend. All of these things are true, but there are more layers at play to consider.

Promptly at 11 a.m., China Gourmet’s menu extends beyond its dim sum classics. A new chef team comes in, focused solely on preparing shareable mains and dinner-time specials. On a random Monday night in August, you might find couples sharing enough stir-fried clams in XO sauce and eggplant with garlic to adequately feed an NBA starting lineup or, if you happened to be there the night I was, maybe a family of four with a pre-teen kid listening to headphones and chomping on fistfuls of Doritos while her parents split chicken and broccoli. The dinner menu at China Gourmet certainly gets less fanfare than its dim sum sister operation. (I get it, it’s hard to actively object to a meal consisting of piping-hot shrimp and pork shui mai held together tightly in a yellow wonton robe.) But come anytime after 11 a.m. and there’s just this one dish you’ve got to try: an exceptionally well-made version of salt-and-pepper fried squid.

China Gourmet’s salt-and-pepper fried squid has been on the menu since the very first day the restaurant opened. It’s not necessarily special for its singularity: salt-and-pepper anything is easy enough to find in Philly. China Gourmet, instead, treats the staple with a ton of care. The end result is a disco ball of textures: light, crunchy, and squishy at once. The variety of pieces — the baby squid heads, the cylindrical cuts which have more of a squeaky-squeegee thing going for them, and tiny rectangle sheets that curl a bit when they cook — make every bite feel different from the last. 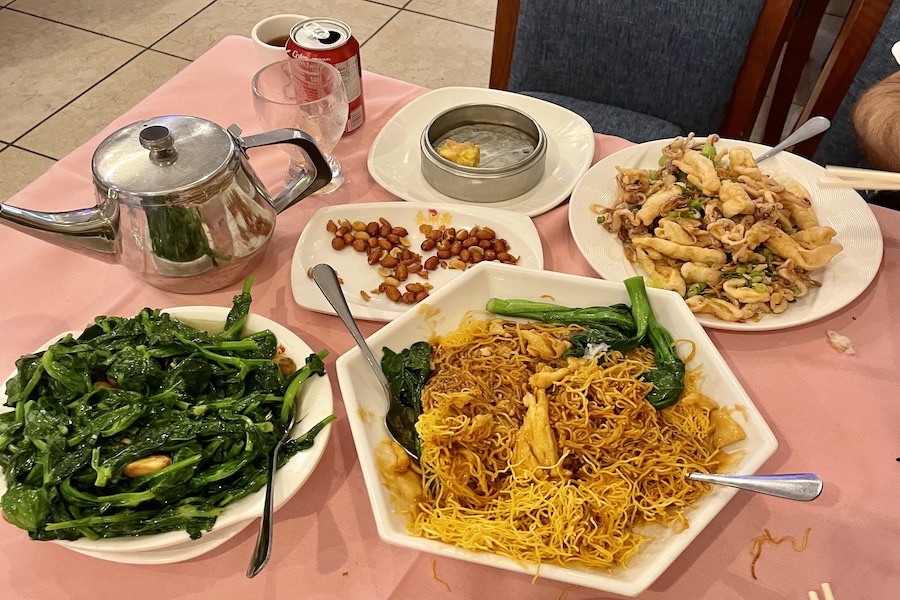 “It’s finger food, and good to eat with beer,” David Yuen, the manager at China Gourmet tells me on the phone. “It’s hard to make at home.”

Every day, according to Yuen, China Gourmet receives well over 100 whole squid. (He says they have a local Chinese seafood supplier for their deliveries, and that squid is still relatively cheap right now, compared to a lot of other seafood products. As a response to inflation and fluctuating costs, China Gourmet has begun listing “M.P,” or market price, for many of their seafood dishes.) The team cleans the whole squid, cuts each one up into pieces, and coats everything overnight in corn starch, salt and pepper.

When an order comes in, the chefs flash-steam the marinated squid with hot water. Then the squid is dried and battered in rice flour before it’s deep-fried in a wok with vegetable oil, a chicken stock base, salt, (more) pepper, and jalapeño peppers. Lastly, it gets topped with scallions and crispy shallots that blend in with the color of the batter — you won’t even notice them until they crunch in your mouth. What you will notice, at first, is that unmistakably twang of fresh squid — not quite salty enough that it feels like a shrimp chip, but deeply oceanic in its own right. As if these little guys were just swimming in the sea covered in rice flour, salt and pepper.

There’s virtually no separation between the squishy-fresh squid pieces and the light rice-flour exterior, so don’t look for one. With the right prep and supply of seafood, China Gourmet takes their salt-and-pepper squid from that thing over there on the other side of the table to the thing everyone is reaching for first.

On a Monday night in August, eating a plate full of salt-and-pepper squid felt not totally dissimilar to what that pre-teen across the aisle must have experienced while she was downing Doritos at her table. By the time I thought I was ready to quit, my fingers were dusted in salt and pepper, and I had no choice but to eat three more handfuls. But those nacho-cheese triangles have nothing on salt-and-pepper fried squid — sure, you might not be able to bring them in a bag to other restaurants. You’ll just have to head to China Gourmet for your fix.

What: Salt-and-pepper fried squid, listed on the appetizer menu.

Share Them With: At least two people who love fried seafood as much as you do.