The new shop from a beloved NYC pizza family is setting up in the old Amis Trattoria space on 13th Street starting June 20th. 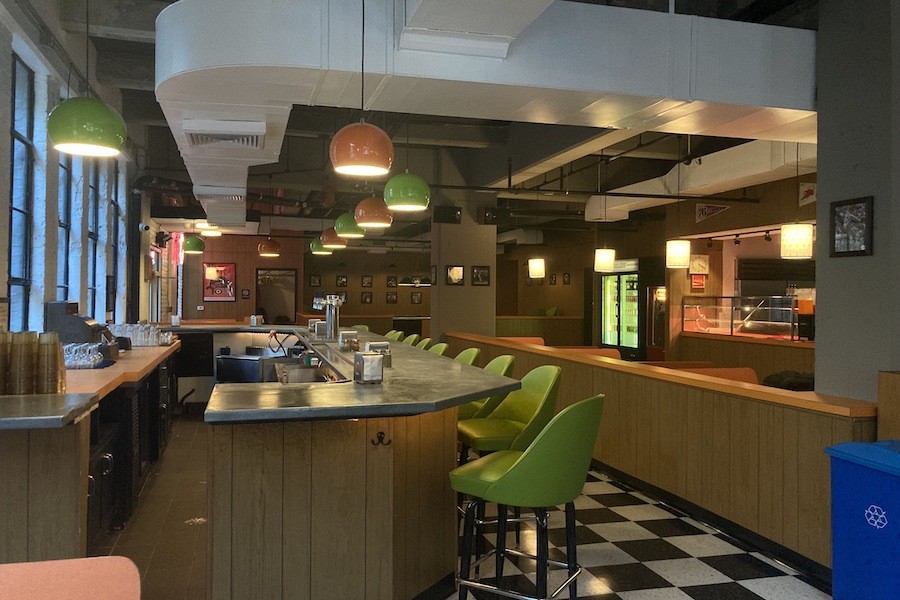 For anyone who has a special, triangle-shaped hole in their heart reserved for New York-style pizza (or a square-shaped hole reserved for Sicilian pies), Paulie Gee’s Soul City Slice Shop might just be your new favorite place to hang out in Philadelphia.

Actually, that’s exactly what owner Derek Giannone wants you to do. Hang. That nostalgic kind of 12th-birthday-at-a-bowling-alley, slumber-party-in-your-friend’s-basement, old-school-corner-shop-in-the-summertime hang. Though, here, you’ll be able to play pool and eat pizza until 2 a.m. on Fridays and Saturdays (and 11 p.m. during the rest of the week) without anyone telling you to keep the music down.

Paulie Gee’s Soul City represents the latest offshoot of the family’s original slice shop, which is run by Giannone’s parents, Paul and Mary Ann, and located in Greenpoint, Brooklyn. The first slice shop models itself on NYC mid-century Americana — the kind you can eat, drink, and feel clinging in the air. In Center City, Paulie Gee’s Soul City Slice Shop will have even more of a focus on a clubhouse vibe than its Brooklyn equivalent, but roughly an identical menu of Sicilian squares and thin-crust pizza made with simple, slightly-sweet yeasted dough and baked in a PizzaMaster electric oven. All of the pizza will be available by the slice or whole pie. 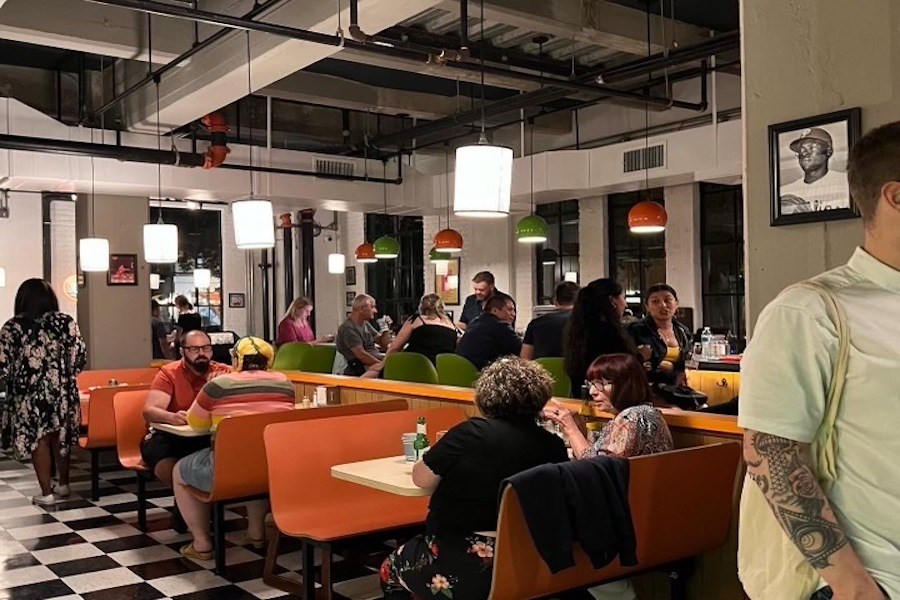 After looking around for about eight months for his very own unicorn restaurant space, Giannone signed a lease on the old Amis Trattoria location in February. But Giannone and his team (a team that includes his parents as well as a few chefs who moved from Brooklyn to help open the shop) have been kicking around the idea to bring Paulie Gee’s to Philly for a while. Raised in Jersey’s Somerset County, Derek spent years working for his parents at their sit-down Neopolitan pizza place in Greenpoint, which is separate from their slice shop in the same Brooklyn neighborhood. He moved to Philly for grad school about seven years ago, and sees himself living in Philly forever.

Pizza in Philadelphia: The Ultimate Guide

“The pizza scene in Philadelphia is amazing,” Giannone says. “We don’t want to step on anybody’s turf. We just want to do our thing, we want to serve the pizza we like and show people a good time, and give people a bar vibe.” The menu at Paulie Gee’s Slice Shop will range from classic cheese slices to vegan options, and the Hellboy Square: an upside-down Sicilian pie with a sesame-seed bottom that’s beloved in New York City for all the right reasons. It’s got mozzarella, tomato sauce, Ezzo pepperoni, and a drizzle of Mike’s Hot Honey on top.

Giannone says he’s hoping to run a couple of Philly-centric specials, like a roast pork pizza made with provolone. You can also expect a full bar with a rotating cocktail on draft, plus beer, wine, and cider. They’ll be shipping in spumoni from the famous Brooklyn pizza shop L&B Spumoni Gardens, and plan on offering water ice in a bunch of classic varieties as soon as they get into the flow of service. 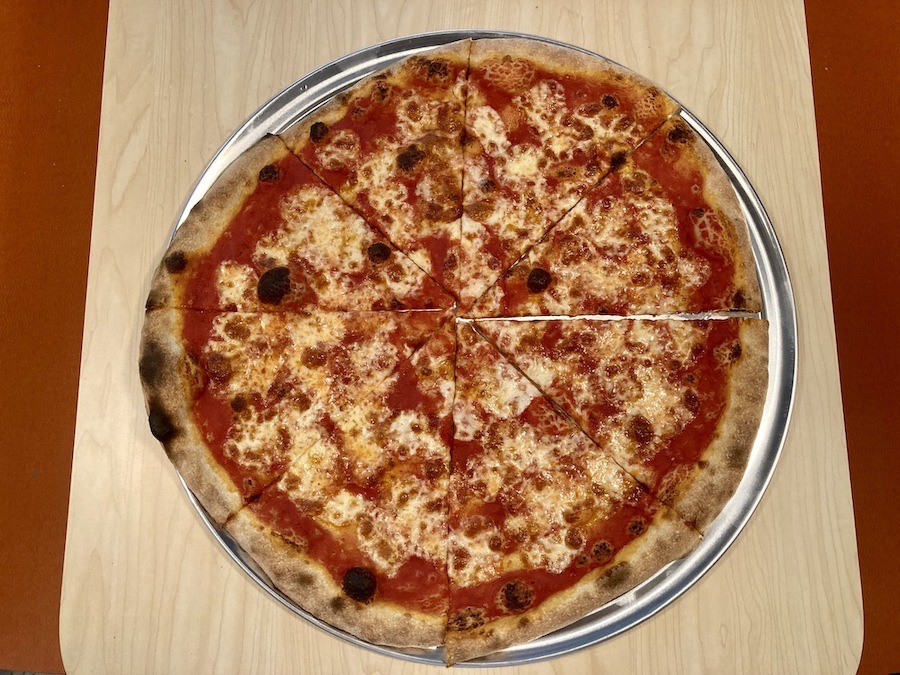 Paulie Gee’s Soul City Slice Shop’s name celebrates Derek and his father’s shared love of ’70s soul music. On roadtrips to see Derek’s grandparents in Florida, he and his dad would listen to pioneers of Philly’s music scene, like the O’Jays, the Intruders and Harold Melvin & the Blue Notes. You can see those roadtrip memories on display in the shop, with a framed single of “The Soul City Walk” by Archie Bell & The Drells, and plenty of vinyl available for purchase. The restaurant’s playlist certainly won’t be limited to soul, but it’ll skew ’60s and ’70s.

In terms of the look of the place, Paulie Gee’s Soul City Slice Shop could have easily been dug up in a (very large) time capsule. There’s a pool table, a TV for playing Pac-Man, and black-and-white tile floors with orange booths. Your slices, which you can order at the counter or directly at the bar, will arrive on a bright orange tray.

“As I’ve gotten older I’ve really gravitated back to what I loved as a kid. I just love a plain slice with a nice balance and simplicity. A regular, plain New York-style slice is beautiful when it’s done in a minimalistic way.” Giannone says, “I think we’ll offer something that’s maybe a little bit different than what other people are doing.” 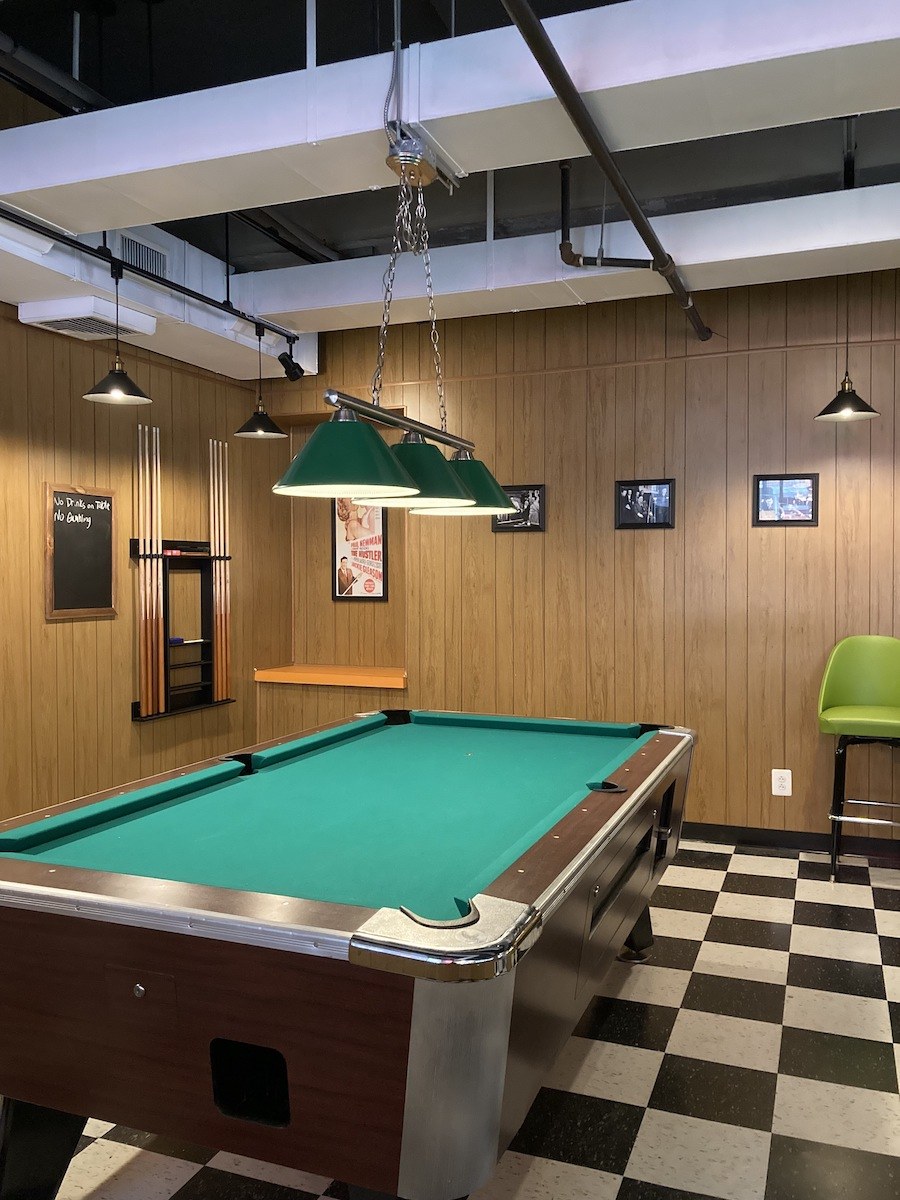