Donna and Mike Kolodesh are set to open Saami Somi in mid-July. 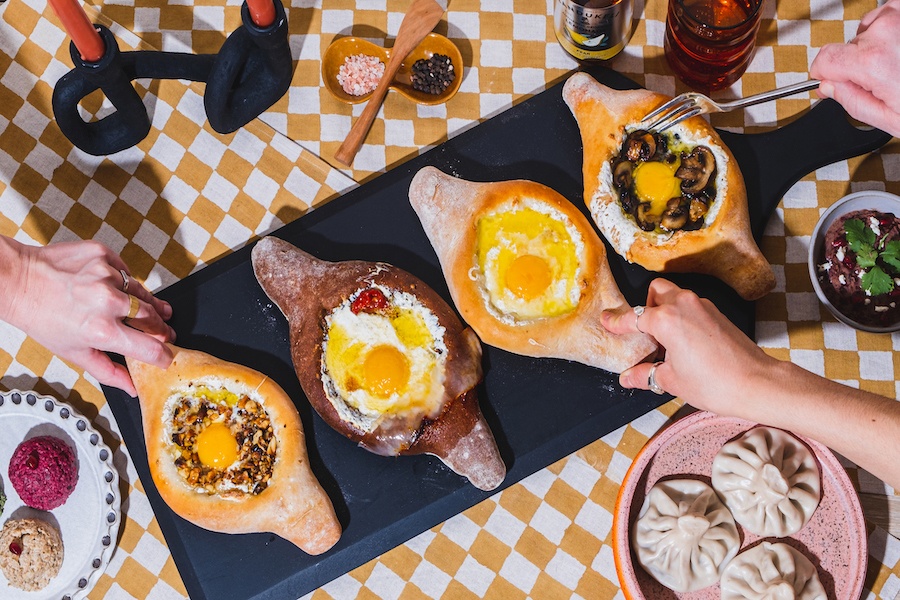 The spread of khachapuri available at Saami Somi, coming to Reading Terminal Market this July / Photograph by Alyza Enriquez

If you want to eat Georgian food — without having grown up with someone who regularly made doughy-thick knots of khinkali in your own home — there’s really only one destination in Philadelphia. Head to Somerton in the Northeast. But, even there, the restaurants on Bustleton Avenue are few and far between, and many are relatively new to the city.

“There weren’t really any Georgian restaurants when we were growing up,” Donna Kolodesh says. “There would be like one or two, but they would always kind of go out of business.”

Donna and her brother Mike grew up in Northeast Philly, after their parents fled Tbilisi in the Republic of Georgia in 1993 as political refugees. Like so many other ex-Soviet immigrants who settled in Philadelphia, Donna and Mike’s parents set roots down in the Northeast alongside neighbors with ties to Ukraine, Uzbekistan and Russia.

Starting in mid-July, Donna and Mike will put their own stamp on Philadelphia’s Georgian restaurant scene at a new stall in Reading Terminal Market — named after the three types of bread dough: an heirloom matsoni yogurt dough, dumpling dough, and leavened sourdough.

The concept has been brewing for years, starting roughly around the time they traveled to Tbilisi with their parents before the pandemic, where their grandmother’s former home was being repaired as part of a UNESCO world heritage site. “We all went back as a family. We saw that the house was being restored. We saw that like Georgia had this new win,” Donna says. 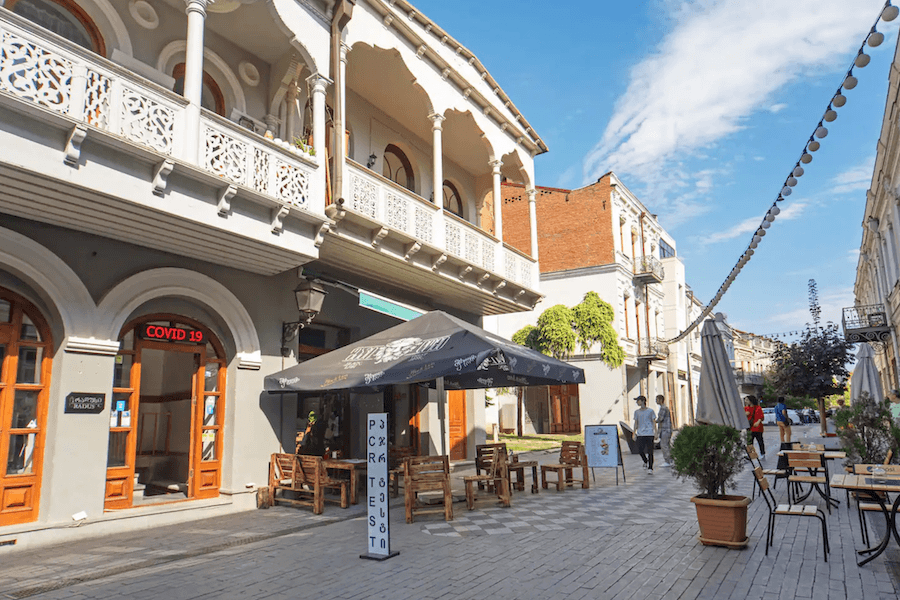 During their visit, Donna and Mike say they took note of the traditional ways in which food is treated in Georgia — from the 8,000-year-old process of making skin-contact wine to non-industrialized farming in the mountains. “The connection to food there is very close,” Mike says. “That got us very excited and we knew that, in Philly, like little spots are starting to pop up, but there’s nothing really that’s been downtown. We wanted to bring kind of a taste of that to Center City.”

As soon as they get back to Philly, Donna and Mike got their hands on every Georgian cookbook available in English. “We started talking to our grandma a lot more about it, our mom. It became a family project,” Donna adds.

They were looking to start the business on a small scale. When a Reading Terminal spot opened up (a portion of the former Tootsie’s space with 10 seats), Mike says they jumped on it. “[Reading Terminal Market] is known as a kind of culinary center of the city — kind of a melting pot … and we are kind of just adding new flavor to that melting pot. We thought it’s a very accessible way for a lot of different people to learn about the food, and by extension, the culture.”

Mike and Donna will be supported by chef Lorean (Lor) Kats — who is the son of Ukrainian immigrants and an industry veteran with previous gigs at Pumpkin and Pearl’s Oyster Bar — as well as general manager Anita Hirsch, who has cooked all over the country and studied at The Restaurant School at Walnut Hill College. 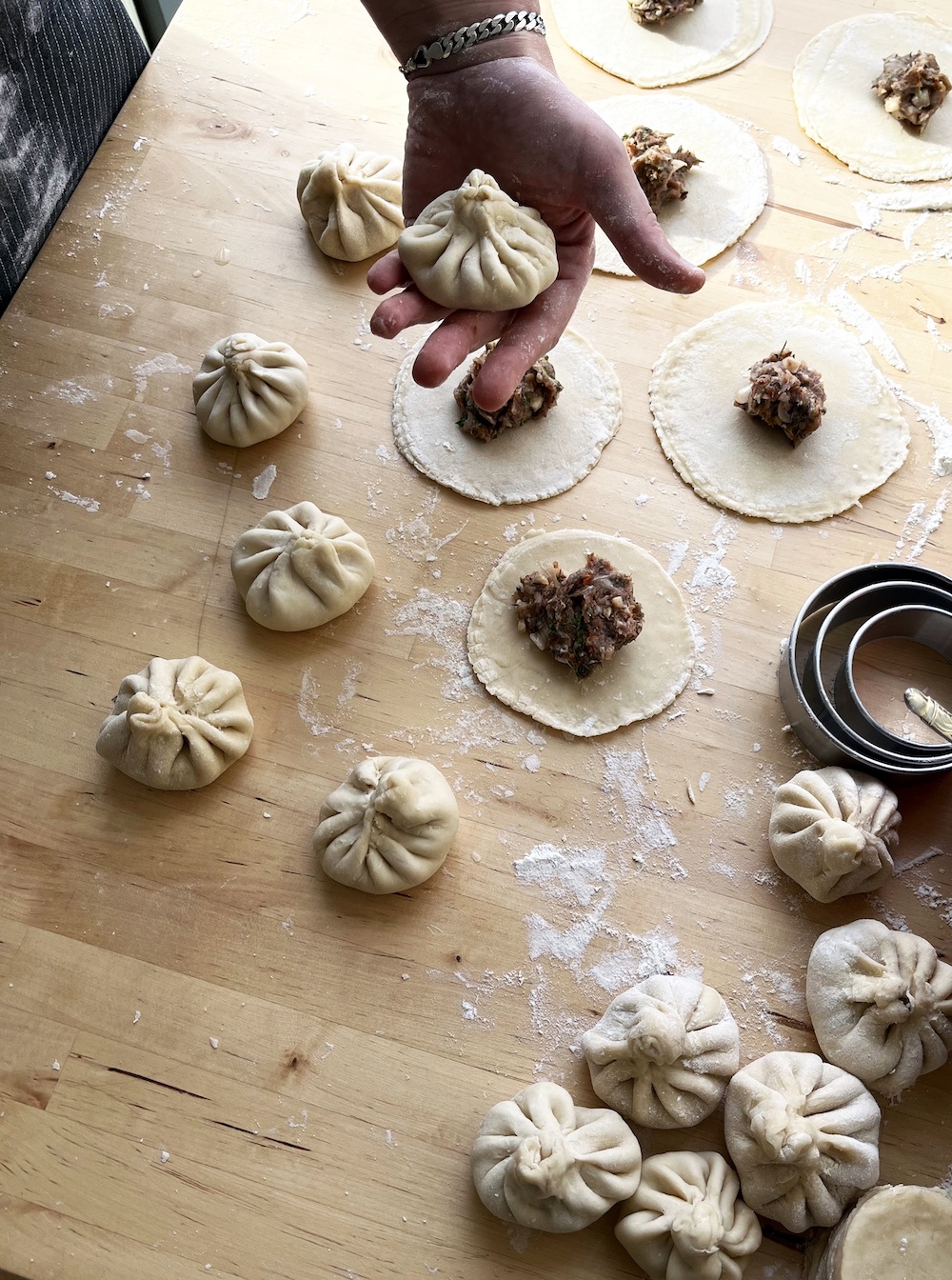 Saami Somi will serve a tight menu of bakery items as well as sides dishes that are popular at a Georgian supra (a feast). Adjaruli khachapuri will be primarily featured — the hot, cheesy bread that originates in the Adjara region of Georgia. (In addition to serving food, Saami Somi plans on offering pantry items and a retail section of Georgian goods.)

The team is planning on baking their adjararuli khachapuri with a combination of sulguni and imeruli cheeses, which are comparable, respectively, to low-moisture mozzarella and feta. These are baked at a high temperature and served with a cracked egg and butter on top, ready for you to break off a piece of the bread and dip into the middle of what’s very literally a dairy dreamboat. They’re shaped like boats as a reference to Adjara’s location on the Black Sea where sailors would use the sun (represented by the egg yolk) to find their way back home.

Part of the bakery program will be dedicated to traditional Georgian breads that have their own, unique Northeast Philly twist. “We’re taking that kind of ex-Soviet community culture and bringing in Georgia a little bit as well,” Mike says. “That’s what you might not find maybe in the Northeast restaurants, you know? Something a little bit new and different.” 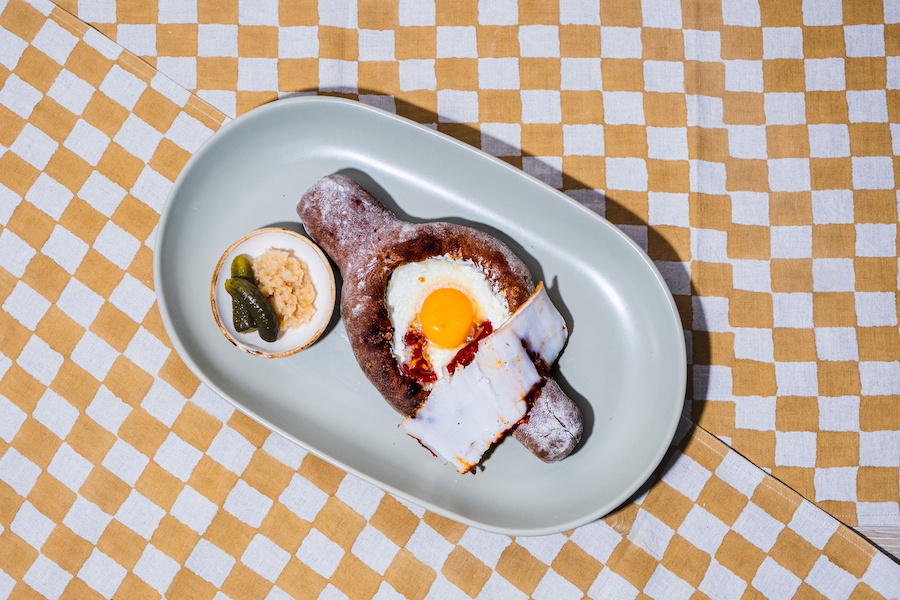 A shotis puri, for example, will be made in the style of Russian black bread — which Mike and Donna grew up eating often at home. Everything-bagel shotis puri is in the works, too, as is Russian-style borodinsky bread (a deep-brown rye loaf that’s sweetened with caraway and molasses) made in the form of a cheese boat and served with pickles, Russian mustard, and a slice of salo. Mike and Donna say that they hope to serve khinkali dumplings with a variety of traditional and not-so-traditional fillings, like mushroom-spinach or jalapeño and oxtail.

“I always say that we kind of grew up in between cultures — kind of both in and out of several cultures. I think that’s something that we’re personally trying to bring to the table,” says Donna. “As Georgians, but then also as members of the larger ex-Soviet community, as well as Philadelphians… not just culturally, but also generationally.”