Plus, a Mardi Gras pop-up, a new Greek concept coming to Center City, an update on Rex at the Royal and more. 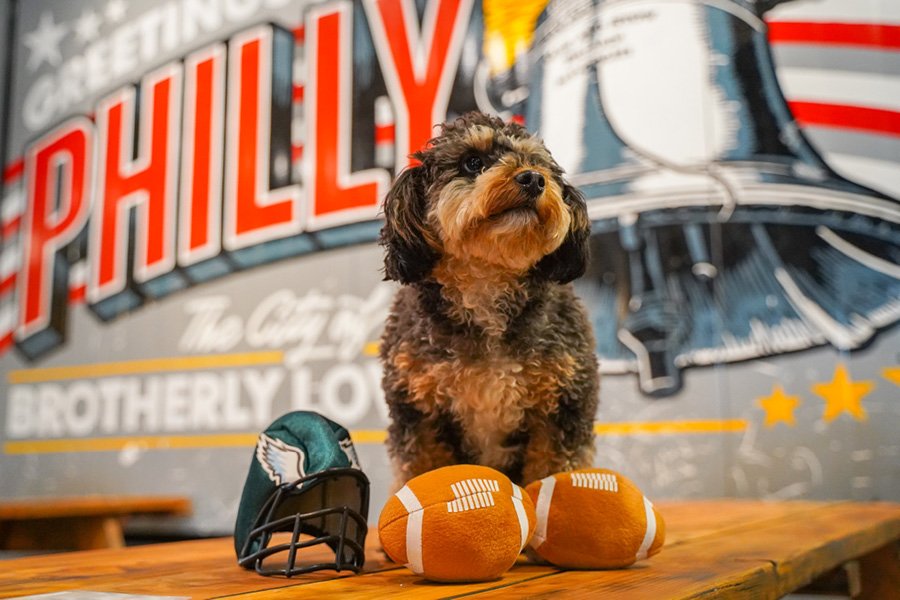 Howdy, news buckaroos. Welcome to the pre-Valentine’s Day edition of the Monday Round-Up.

In Restaurant World this week, all eyes are on the double-holiday weekend. We’ve got Valentine’s Day AND the Super Bowl both happening in the next few days — each affecting different ends of the business spectrum — so that’s where most of the industry’s attention is at the moment. But I’ve still got some news for you involving cheesesteaks, Mardi Gras, dogs and liquor.

Not all in the same story, of course. That would be too much to hope for. But let’s get started, shall we? I’m gonna kick things off with … 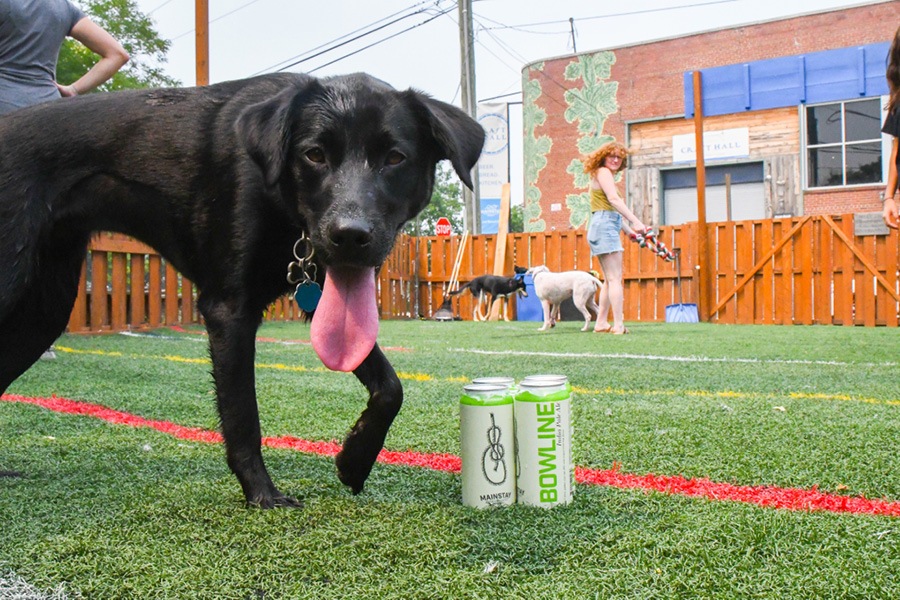 No, for real! Craft Hall and the attached Unleashed Dog Park are getting in on the action with their first Bark Bowl. On Saturday, February 12th, from noon to 2 p.m., they’ll be teaming up with the Pennsylvania SPCA for a fundraising and adoption pop-up event at a specially designed indoor park where patron’s dogs can compete in a variety of competitions while the PSPCA’s adoptable dogs are on the sidelines acting as cheerleaders.

There’ll be a field, a photo booth and props, a big-time Puppy Bowl-style game where patron’s dogs will be divided into teams to see who can get the most chew toys into the end zone, an agility course, fumble recovery games, and a half-time bubble party for all the pooches.

The PSPCA will be selling pint glasses on-site (one free draft with purchase) and collecting a dollar from each puppy-themed cocktail sold to the humans during the event. There’s eight to choose from — such as the Corgi Cranberry Black Mule and the Pugger Upper — plus a whole bunch of food from the Craft Hall kitchen, like Green Wings with roasted jalapeño hot sauce and foot-long Kobe beef dogs.

So if you’ve ever dreamed of your dog making it to the big game, this is your moment, folks. You can check out all the details right here before game day. 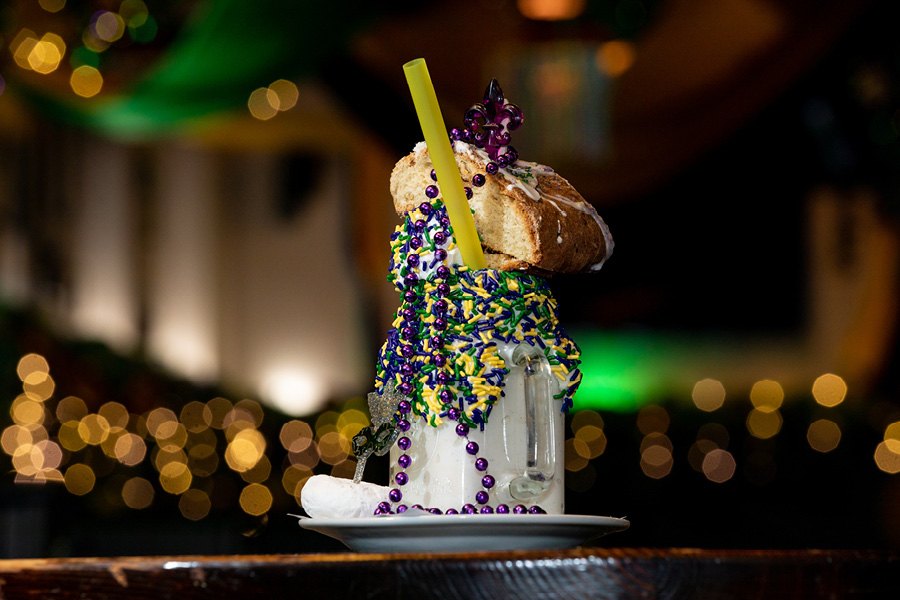 Now that the Christmas decorations have been put away, the crew at Craftsman Row Saloon have transformed the place yet again — this time into a pop-up Mardi Gras party complete with masks, beads, glitter, jazz music on the hi-fi, and lots and lots (and LOTS) of booze.

I honestly don’t know if that sounds gross or like the best thing ever, but I’m writing this pretty early in the morning.

After all the tinsel came down, Craftsman Row co-owner George Tsiouris decided to pivot to this ongoing Mardi Gras party because it’s been a rough start to the year for a lot of people. We all need a smile right now, and this is his (and his crew’s) way of helping out. “We can all use a little fun, a little color and a little something out of the normal to bring a smile to our face during these challenging times — and we hope to give everyone something to look forward to for February and as we get closer to spring.”

The party will roll on at Craftsman Row through Fat Tuesday (March 1st). You can get a look at the festivities (and the milkshakes) on Instagram.

A Double-Shot of Restaurant Week News

We’ve got two different Restaurant Weeks coming up after all the Valentine’s Day craziness dies down and the industry goes into another little lull until spring.

First, there’s East Passyunk Restaurant Week, which is celebrating its 10th year, from Monday, February 28th through Friday, March 11th. They’ve got a whole spread of Philly’s best restaurants on the list (I mean, this IS East Passyunk), all doing special menus with prices starting at $20 and topping out at $55. We’re talking Le Virtu, Bing Bing Dim Sum, Gabriella’s Vietnam, Townsend, Ember & Ash and more. You can check out the full list and peruse some of the menus right here.

Meanwhile, Main Line Restaurant Week is doing its first spring version this year, starting on February 21st and running through March 6th. They’ve got more than 30 restaurants lined up for the 14-day celebration — including Terrain, Savona, Lola’s Garden, Estia, Autograph Brasserie and Amis. The deal here is a three-course prix fixe lunch for $27 (plus tax, tip and drinks) or dinner for $40 (plus same). For the full list and details, check out Main Line Today’s explainer.

According to the cats over at the Philadelphia Business Journal, Teddy Sourias (Bru, U-Bahn, etc.) is making a big play in Center City — filing a liquor-license application for a 10,000-square-foot space at 13th and Chestnut and hoping to open a big, food-focused Greek concept called Mona in the neighborhood.

Leaning away from the nightclub vibes that have served him so well at his other projects, Sourias is looking to make this one all about the food — meaning table service, a serious chef and a menu of Greek specialties. He’s already got a design in mind and an architect on board, but is waiting on the usual zoning approvals. Opening is going to take at least a year, but I’ll be keeping an eye on this one for you. As always, you’ll know more when I know more. 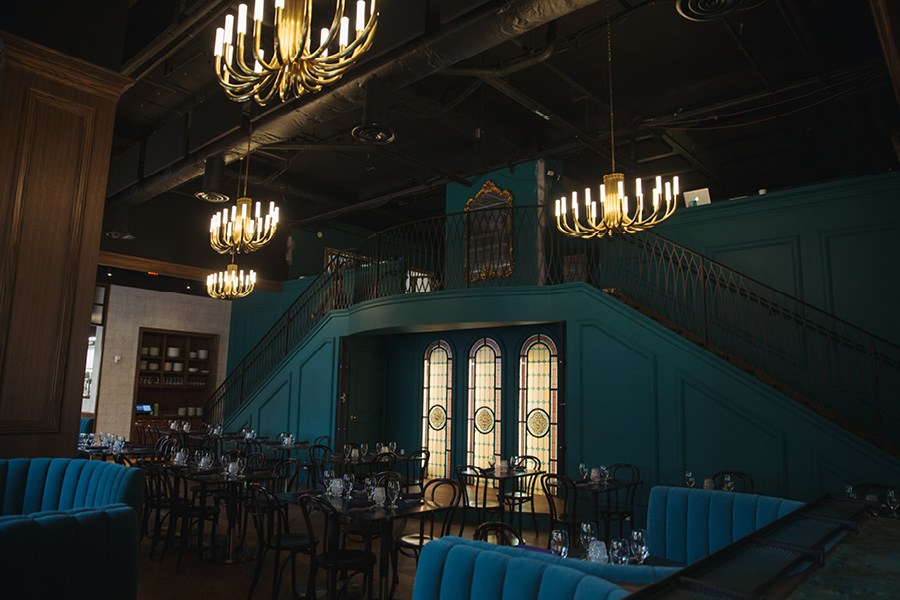 Photo courtesy Rex at the Royal

Speaking of knowing more, I’ve got an update for you on Rex at the Royal: They’re now doing brunch service on Sundays from 11 a.m. to 2:30 p.m. That means a serious low-country spread with shrimp and grits, country ham with gravy, chicken and waffles and a crab-cake Benedict, plus a spread of new brunch beverages.

They kicked things off yesterday, so if you’re looking for somewhere new this weekend, check ’em out.

More updates: Hop Sing Laundromat reopened (again) this past weekend after taking an extended holiday break. The staff took a vote and Friday was their first day back. It went exactly how you’d expect. 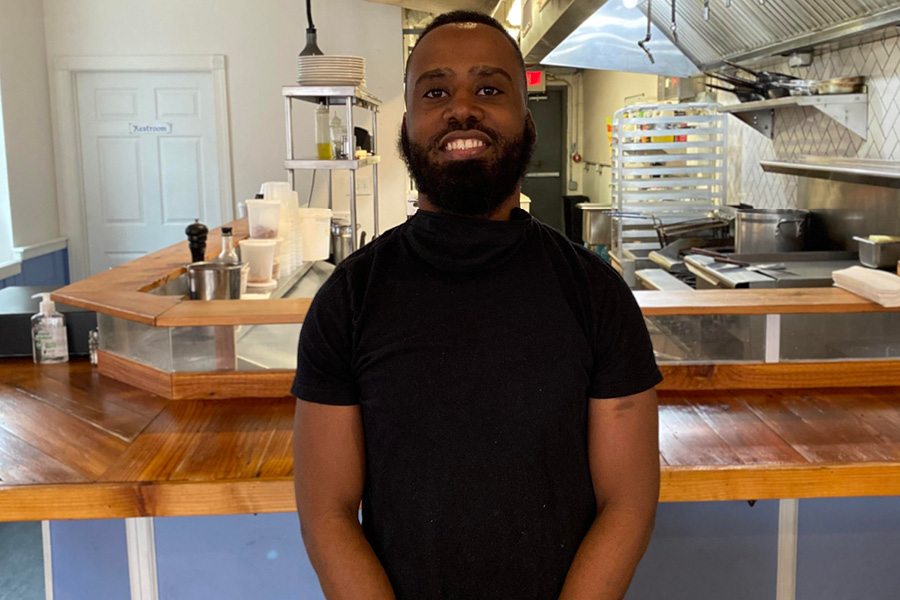 Chef Kevin Watters is bringing his Mom Mom’s Soul Food pop-up back to The Dutch for Black History Month — on Thursday, February 10th, Friday the 11th and Monday the 28th. He’ll be doing takeout buttermilk-fried chicken thighs, short rib, baked mac and cheese, collards and strawberry shortcake from the original Pennsport location of The Dutch on the first two dates, and a full-on, sit-down version at the brand-new location (1537 South 11th Street) on the 28th. Ten percent of sales for all three events will be going to Everybody Eats, a BIPOC-owned and chef-driven nonprofit fighting hunger in Philadelphia.

Interested? Of course you are. Online orders for the first two days can be made here, and reservations for the third can be made by emailing info@thedutchphilly.com.

Finally this week, there’s this: Before the pandemic hit, my favorite (new-ish) restaurant at Reading Terminal Market was the corndog-and-funnel-cake specialist Fox & Son. The place spoke to the child in me — the one with impulse-control issues and a firm belief that eating three corndogs a day was a perfectly balanced diet.

Whatever. Point is, this is a complete corndog (with stick) folded up inside a Spataro’s cheesesteak, topped with Cooper sharp, sauteed onions, ketchup and mustard. I swear, if I lived any closer to the Market, I’d be there right now.

They’re calling this monster “an indulgence.” I’m calling it a necessity. The cornsteak will run you $15, and it is only available through the end of February, so go get yours right now.

And bring me one while you’re at it.