Do you daydream about seeing people play music up close the way I do? 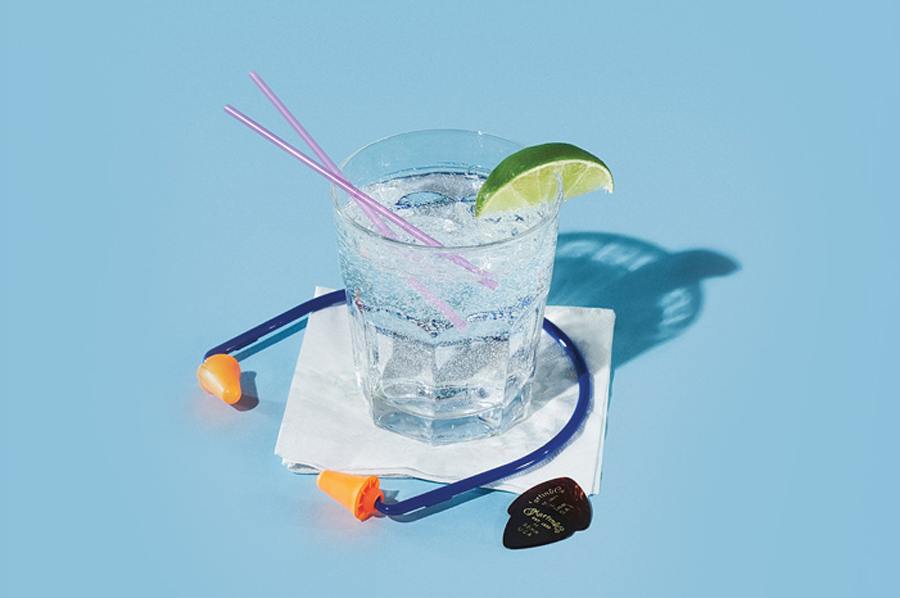 I identify as an alcoholic, and not in that cute It’s wine o’clock somewhere! kind of way. And while I’m sober, I still missed going to bars last year. I missed bellying up to a table that’s not in my house with a good book and a cold fake beer. I missed being left alone in public in that very specific way.

But that’s not what I daydream about. What I miss most is live music. If there’s one simple, delightful thing I really ached for in 2020, it was watching someone play music up close. Not the big-venue, itty-bitty-people-onstage kind of thing, but the intimate shows you get to see at spaces like Johnny Brenda’s or Boot & Saddle (RIP). The shows that feel more like conversations. The I-can-smell-the-singer’s-drinking-a-PBR kind of performance.

If there’s one simple, delightful thing I really ached for in 2020, it was watching someone play music up close.

There’s one beforetimes show that I can’t stop thinking about, and that’s seeing Alex Cameron at Johnny Brenda’s back in 2019. If I could re-create any show, it’d be that one. Me, standing by the crystal-ball staircase on my fifth seltzer water, watching my absolute favorite Australian performer and singing along to every word. Dancing! Sober! And standing behind a bunch of 21-year-olds screaming the words, too, sloshing beer all over themselves, their dates. I remember one in particular who was really closing in on me, backing up, up, up to my toes with that eyes-closed-wavy-fingertip dancing. Then, beer on my toes. God, she was so annoying. I’d do anything to see her again. 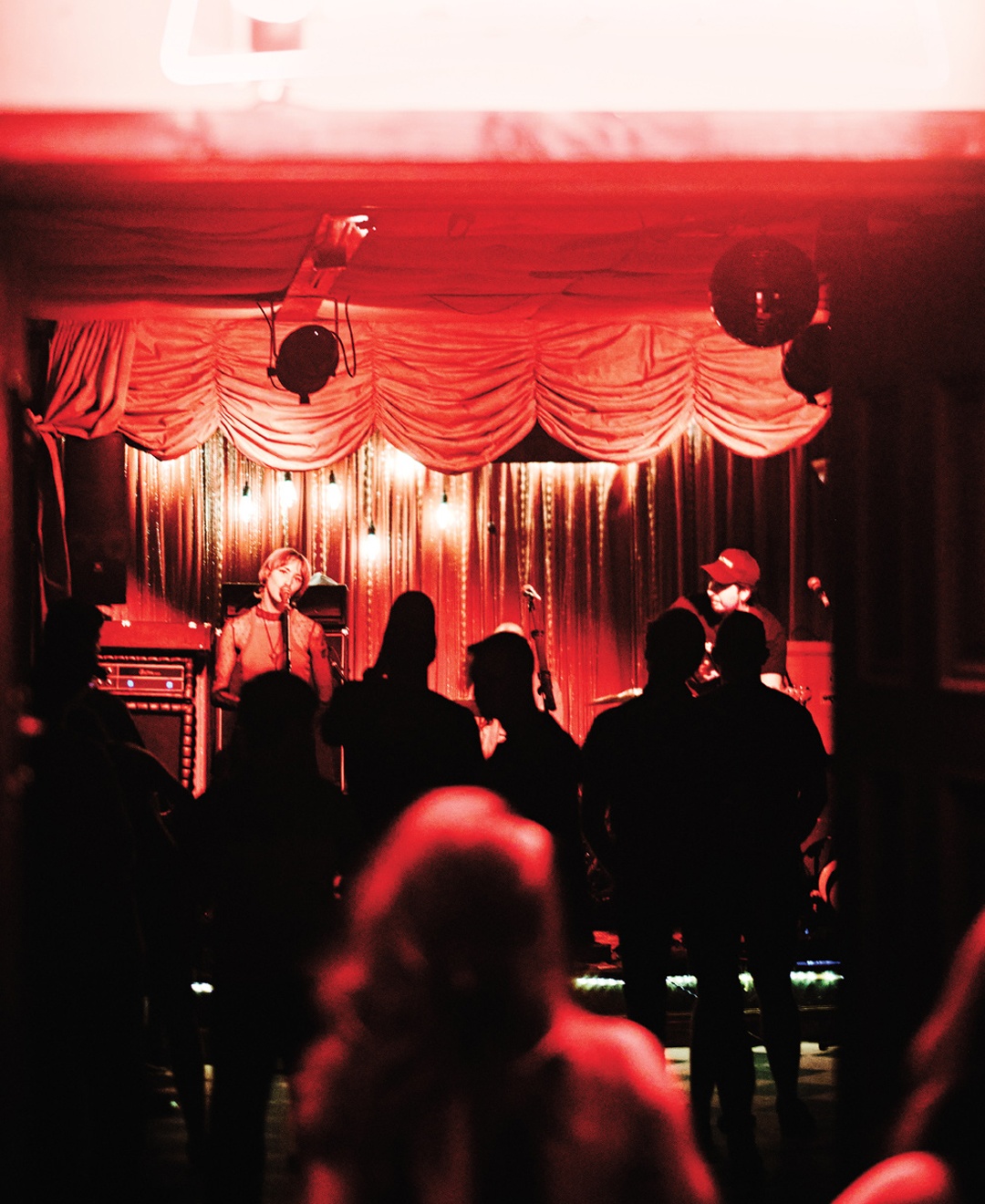 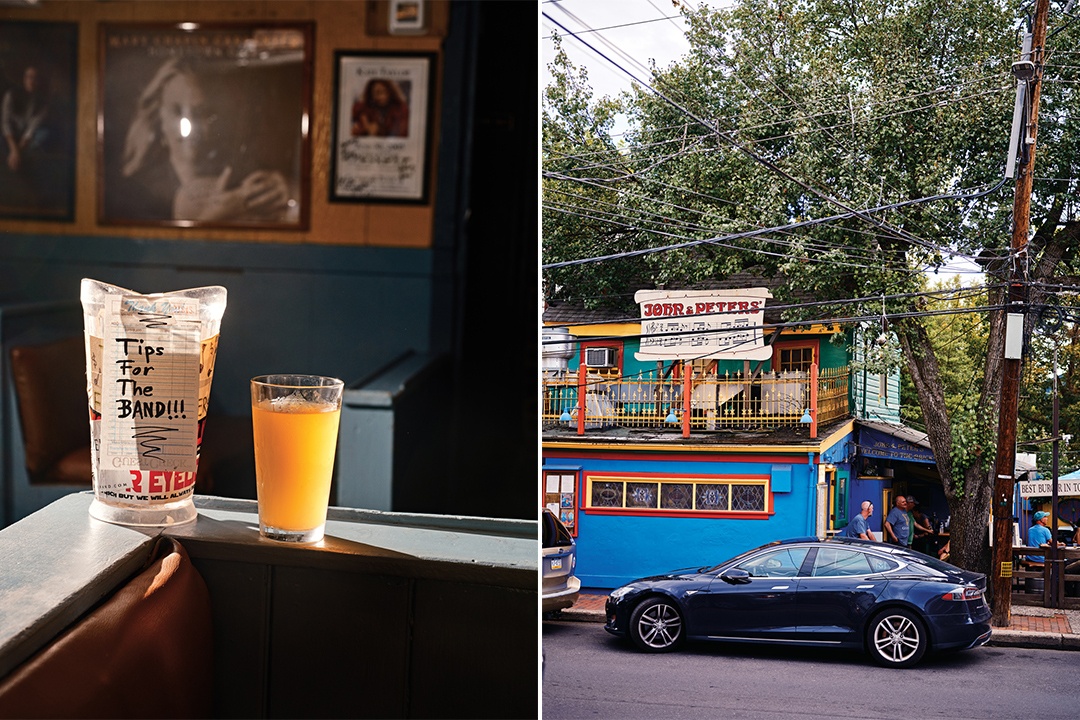 John & Peter’s has a tiny stage in the back for rockin’ and rollin’. Photograph by Ted Nghiem

My dad got me into music in the first place. When I told him I wanted to sing like Britney Spears, he threw a Janis Joplin CD at me and said, “Try harder.” This Father’s Day, I figured — why not get us tickets to see a live music show? What a novel idea. So I buy tickets to see Black Midi, some band he can’t stop talking about that I’ve never once listened to. (He’s much cooler than I am.) I give my dad the tickets, and he’s all, “Oh, wow, thanks … but you know this show isn’t until next year?” 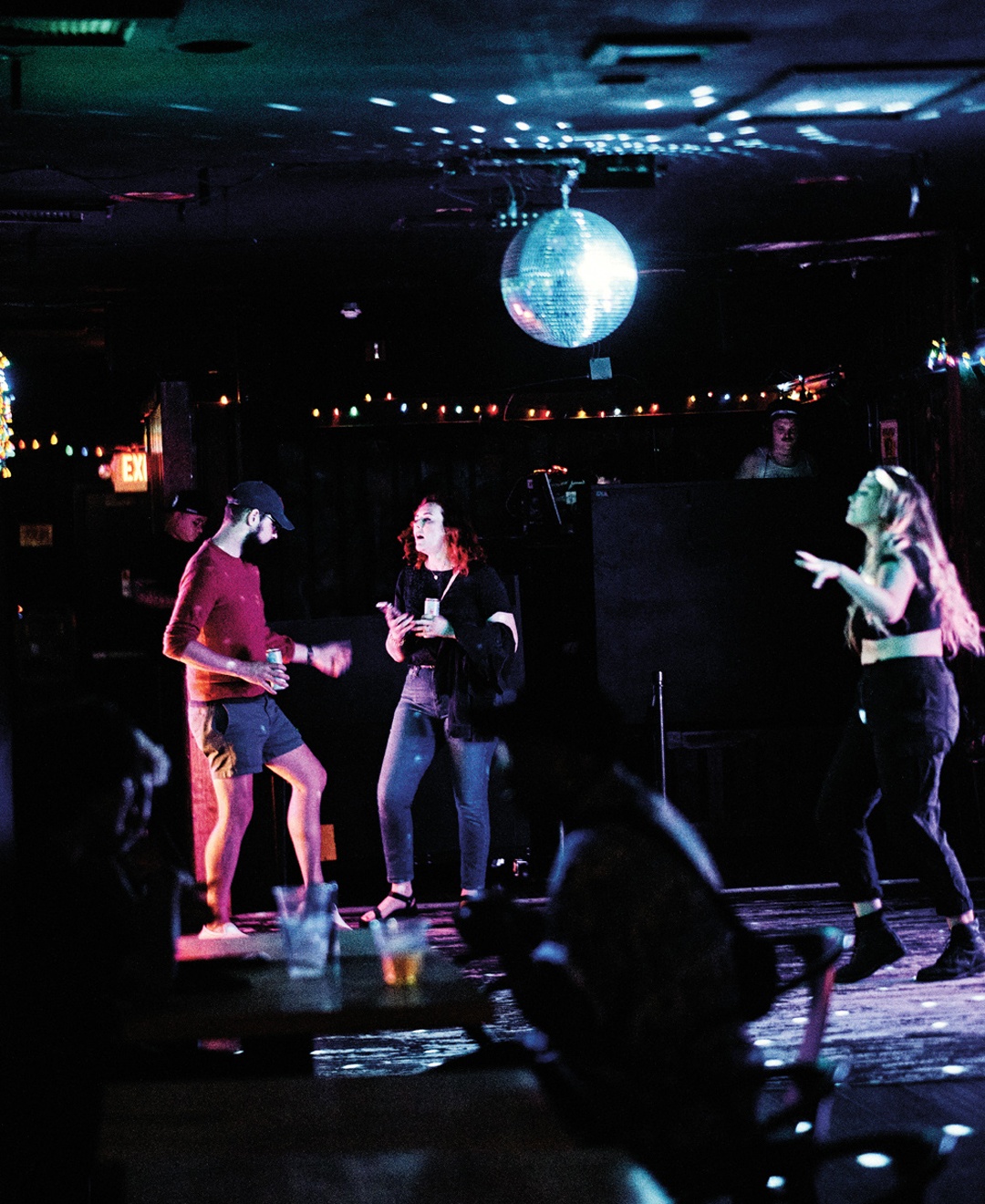 And no, I did not realize that, because I don’t even know what month it is, and I might never fully grasp the meaning of time again. I’m just really, really, really excited that live music is back. I’ve refreshed the Johnny Brenda’s website 100 times, and never once with the goal to Order Pick-Up or read the Draft List. I was thisclose to cutting some side bangs, reinstating my white studded belt, and buying $100 tickets to Green Days’ HELLA MEGA TOUR featuring Fall Out Boy and Weezer.

Published as “Enjoying Live Music in a Bar” in the “We Really, Really Miss Bars” article in the October 2021 issue of Philadelphia magazine.