Driving Route 47 to the Shore: Where to Stop for Oysters, Cheesecake and Massive Sticky Buns

Take a drive on this meandering road that goes through fields and farmlands as well as small towns and main streets, showing off South Jersey in all its quaint and quiet glory. 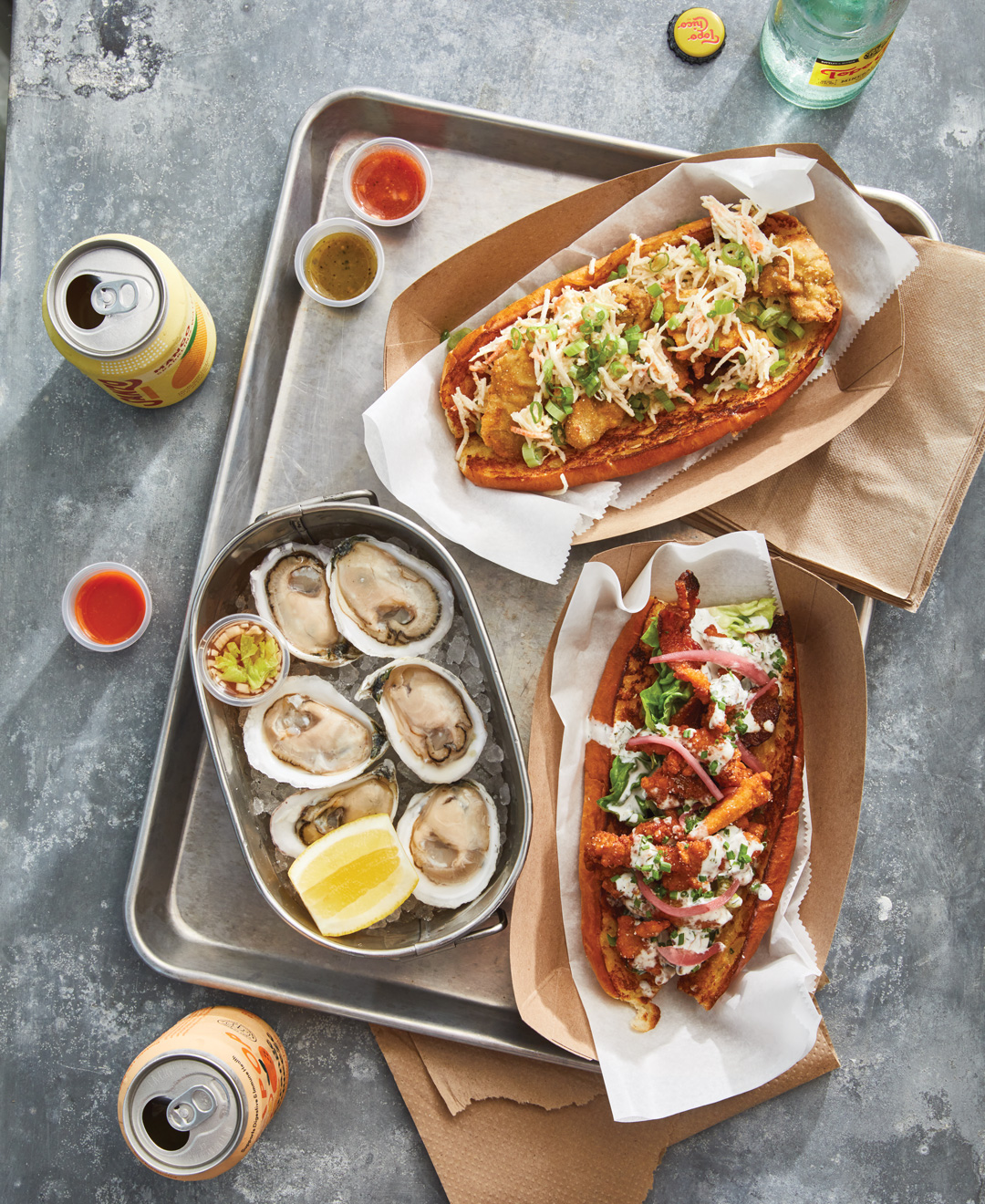 Also known as Delsea Drive (so named because it takes you from the Delaware River to the sea), Route 47 is a meandering road that goes through fields and farmlands as well as small towns and main streets, showing off South Jersey in all its quaint and quiet glory.

With stops in Franklinville, Newfield, Vineland, Port Norris and Woodbine

You come here for cold beer, fast cocktails, trays of steamed shrimp, clams in garlic butter, crabs and oyster stew. One thing you’re not coming here for is vegetables. Or, really, any sides at all. We’re not joking; they don’t do sides here. Not a single salad. No cole slaw. In fact, they encourage you to bring your own. Yep, it’s BYOS. 3111 Delsea Drive, Franklinville. 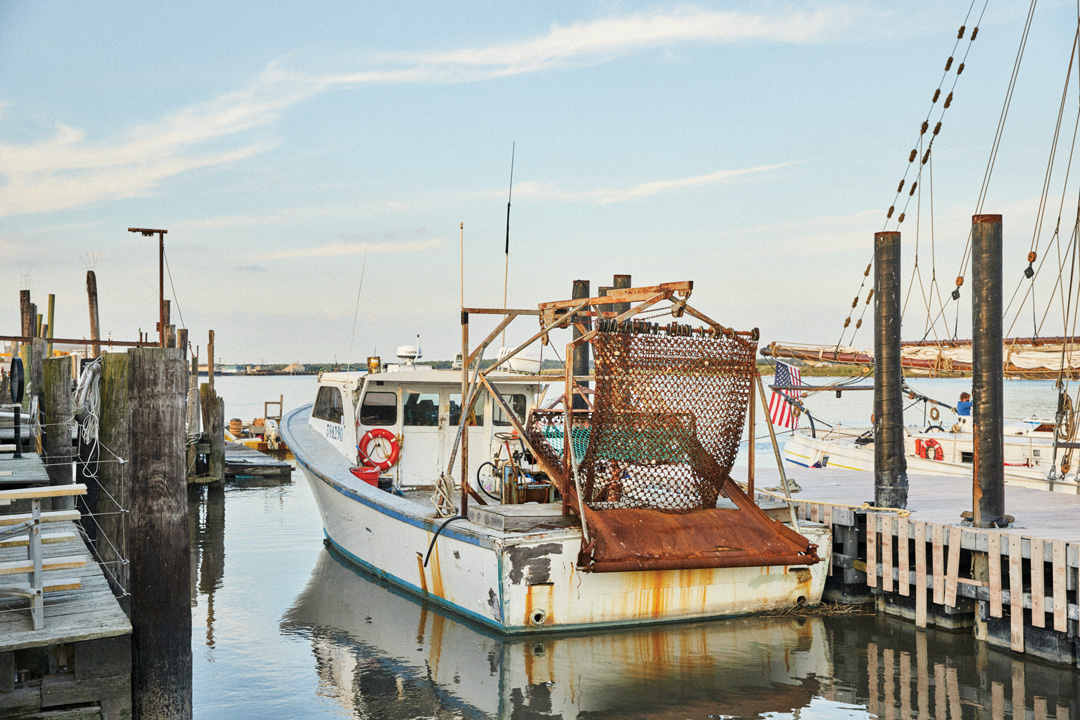 A marina outside the Oyster Cracker Cafe. Photograph by Michael Persico

If you pay attention to such things, you may know Sweet Amalia Oyster Farm as the place that supplies Philly’s best chefs with the plump, perfect oysters they serve on the half shell with fancy mignonettes. Well, a few months ago, that little ol’ oyster farm opened a little ol’ farm market, painted it sunshine yellow, and started selling gorgeous Jersey vegetables, Jersey honey, Jersey rice (!!), and, behind the deli counter, soups, salads and sandwiches by chef Melissa McGrath, known to locals and shoobies alike from Avalon’s Diving Horse. The fried oyster roll, served on a soft, buttered brioche roll, is required eating here. That, plus a plate of fresh Sweet Amalias, best slurped at one of the picnic tables outside. 994 U.S. Route 40, Newfield.

John Tierno, co-owner of Dad’s Seafood, goes out every morning to catch crabs. Every afternoon, those same crabs are for sale at the market. And almost every day that Dad’s is open, he sells out of those crabs, and he sells out fast. Call ahead. 1568 North Delsea Drive, Vineland. 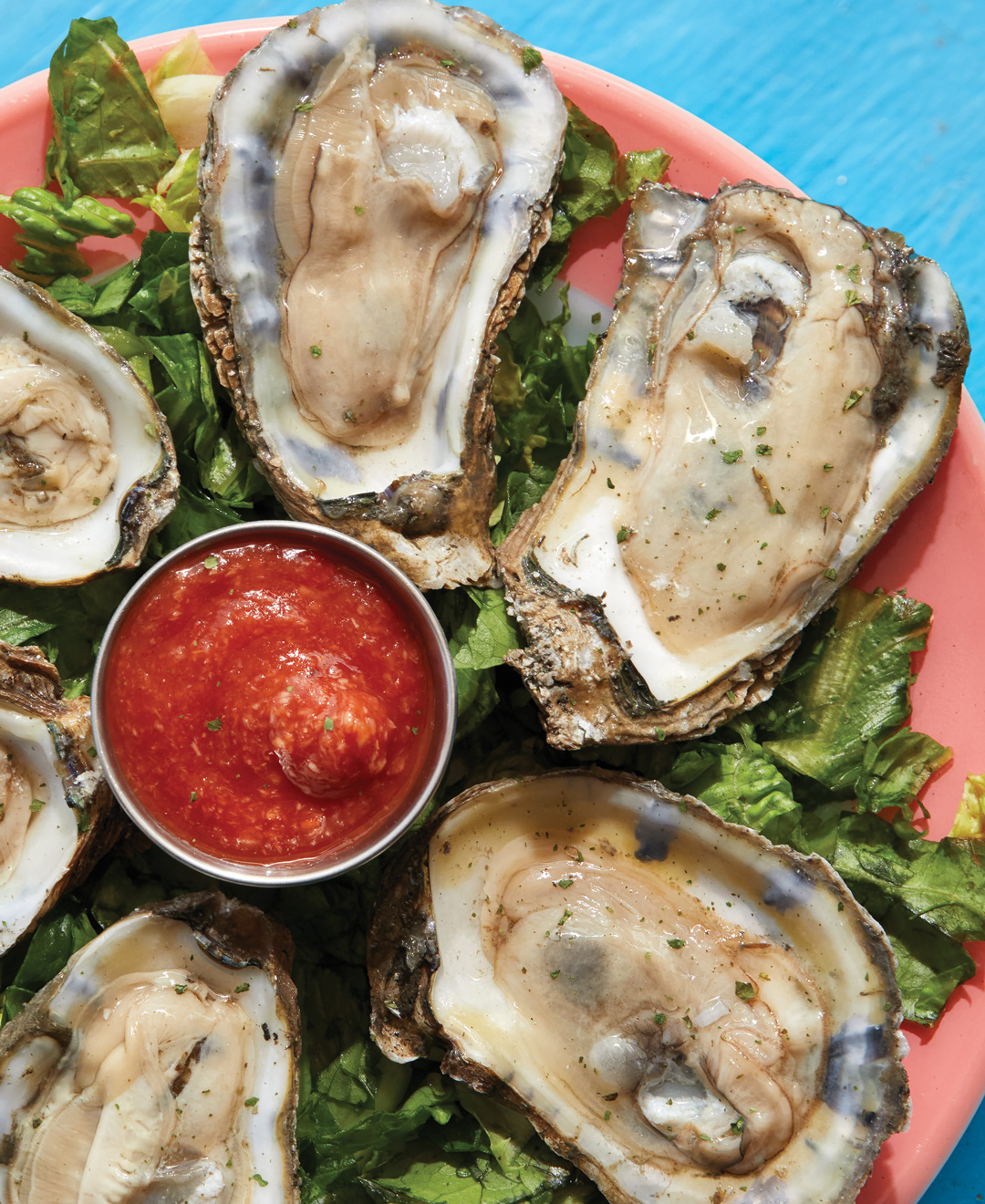 Oysters on the half shell at the Cafe. Photograph by Michael Persico

Along the Maurice River, there’s a small village called Bivalve (naturally) in Port Norris, and in that village, there’s a small museum called the Bayshore Center where you can spend a lazy afternoon sailing around on an old oyster-dredging schooner, learning about the history and significance of the Delaware Bay wetlands. Hidden on the premises? A tiny restaurant called the Oyster Cracker Café that serves shrimp in garlic butter and Delaware Bay oysters shucked to order — both of which pair quite nicely with one of the best sunset views in the state. 2800 High Street, Port Norris. 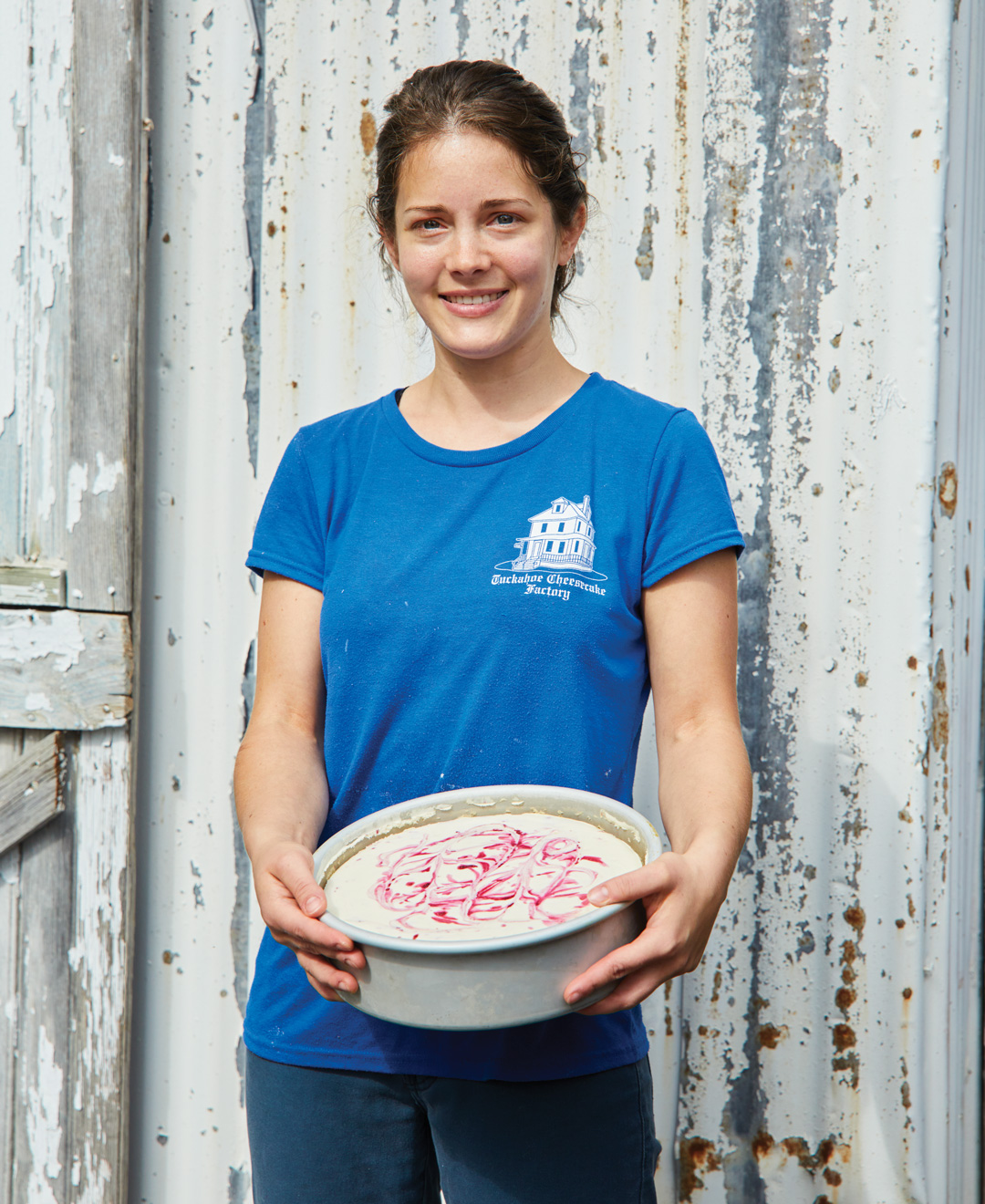 There’s something special about a place that commits to doing one thing — cheesecakes, in this case — and doing that one thing really, really well for 40 years. That Tuckahoe is housed inside an old three-story cottage in a small South Jersey town just adds to the charm of it all. And that this is a “factory” (more than 25 flavors sold by the quarter cake and as whole, half-and-half or mix-and-match cakes) without being, you know, the Cheesecake Factory is just icing on the … oh, you know. 2177 State Route 50, Woodbine.

Philly natives may know Barry’s Buns from its five-year-old Chestnut Hill location or its short-lived time at the Bourse. (COVID shuttered that outpost, sigh.) Now it’s put down roots in Wildwood Crest, offering its big, beautiful sticky buns that give other Shore versions a serious run for the money. Don’t leave without some of the sticky-bun bread pudding (and the babka. And the Liege waffles). 6107 New Jersey Avenue, Wildwood Crest.

Published as “Route 47” in the “On the Way to Cape May” guide in the July 2021 issue of Philadelphia magazine.