The Most Anticipated Philadelphia Restaurant Openings of Early 2021

From Peter Serpico’s new rotisserie chicken concept to Nick Elmi’s new restaurants on the Main Line, here are the most anticipated restaurant openings of the new year. 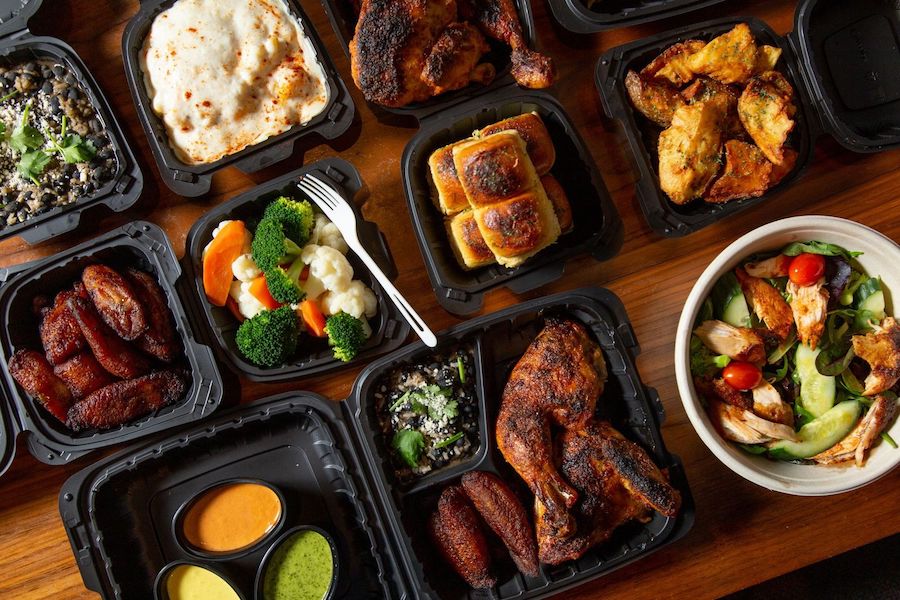 Throughout the COVID-19 pandemic, we’ve seen too many beloved restaurants close their doors. At the same time, surprising as it may seem, new eateries are opening up too. Some are takeout only, while others are planning for socially distanced indoor and outdoor dining. Here are the most promising new places opening their doors this spring. 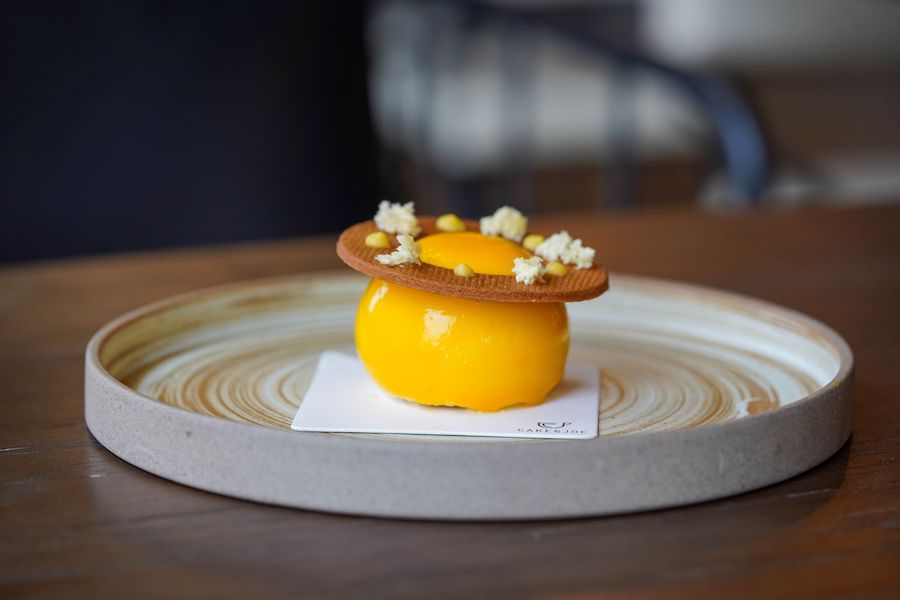 Cake & Joe, Pennsport
Those impossibly perfect little tarts and cakes popping up all over your Instagram feed? Those are all Cake & Joe, a new coffee and sweets shop from Sarah Qi and Trista Tang. Takeout only for now

Chicken Scratch, Bella Vista
Operating out of the Serpico kitchen, this new Starr Restaurants concept is all about something our dining scene has been lacking: really good (like, Peter Serpico-level) rotisserie chicken. Serpico’s satisfying menu includes mac and cheese, fried plantains, and signature green, yellow, and red sauces. Takeout and delivery available 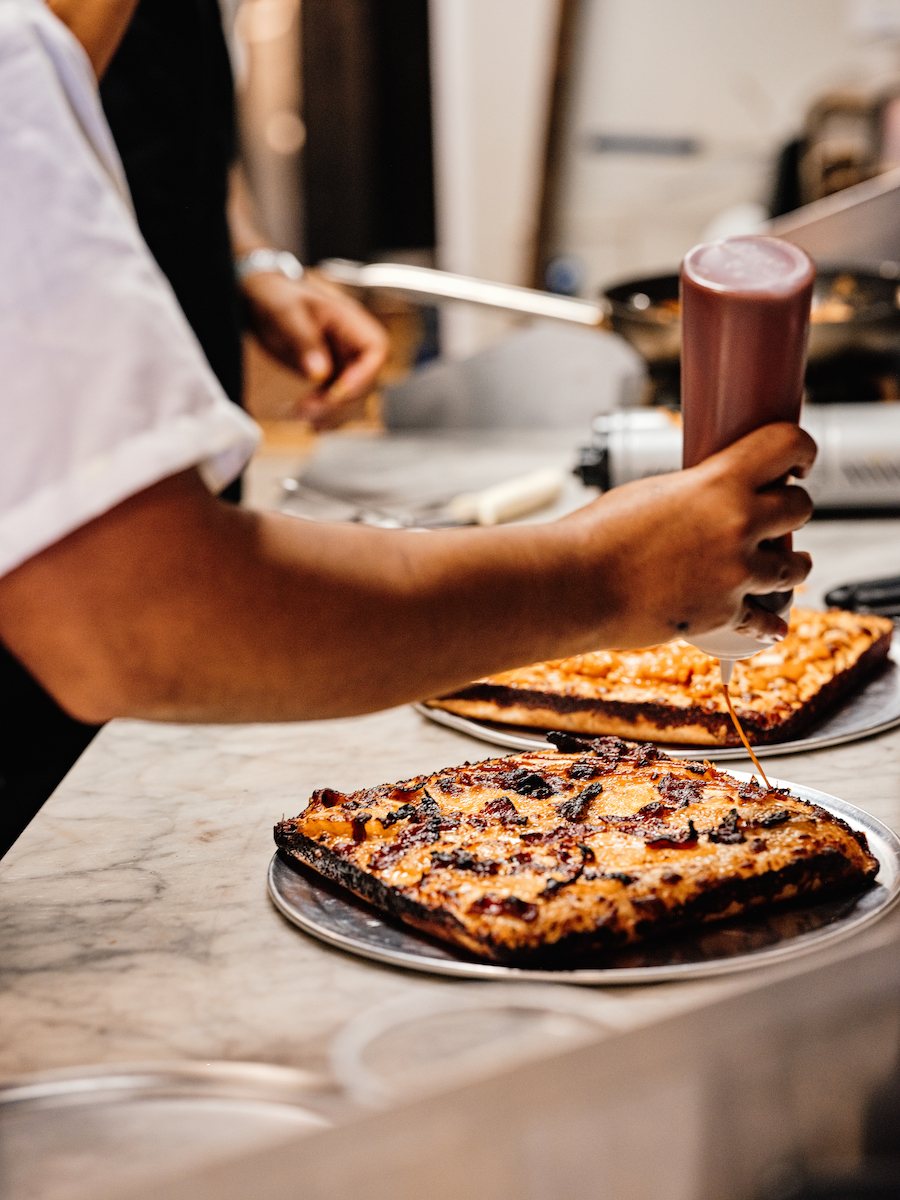 Down North Pizza, Strawberry Mansion
Down North is about much more than its craveable, rectangular Detroit-style pizza. Kurt Evans — the celebrated chef behind the End Mass Incarceration dinner series — employs people who were once incarcerated and provides them with fair pay, housing above the restaurant, training, and mentorship. Open for takeout on weekends

Ember and Ash, East Passyunk
Describing their style as nose-to-tail and root-to-leaf, Scott Calhoun (ex of Osteria, Parc, and Spice Finch) and Dave Feola (ex of Vernick, Southgate and Barclay Prime) cook luxe dishes with humble ingredients over a wood burning hearth in the former Brigantessa space. Gianna Spatoulas, a veteran of the Vetri and Schulson restaurant groups, is running the front of the house. Open for pickup and delivery. 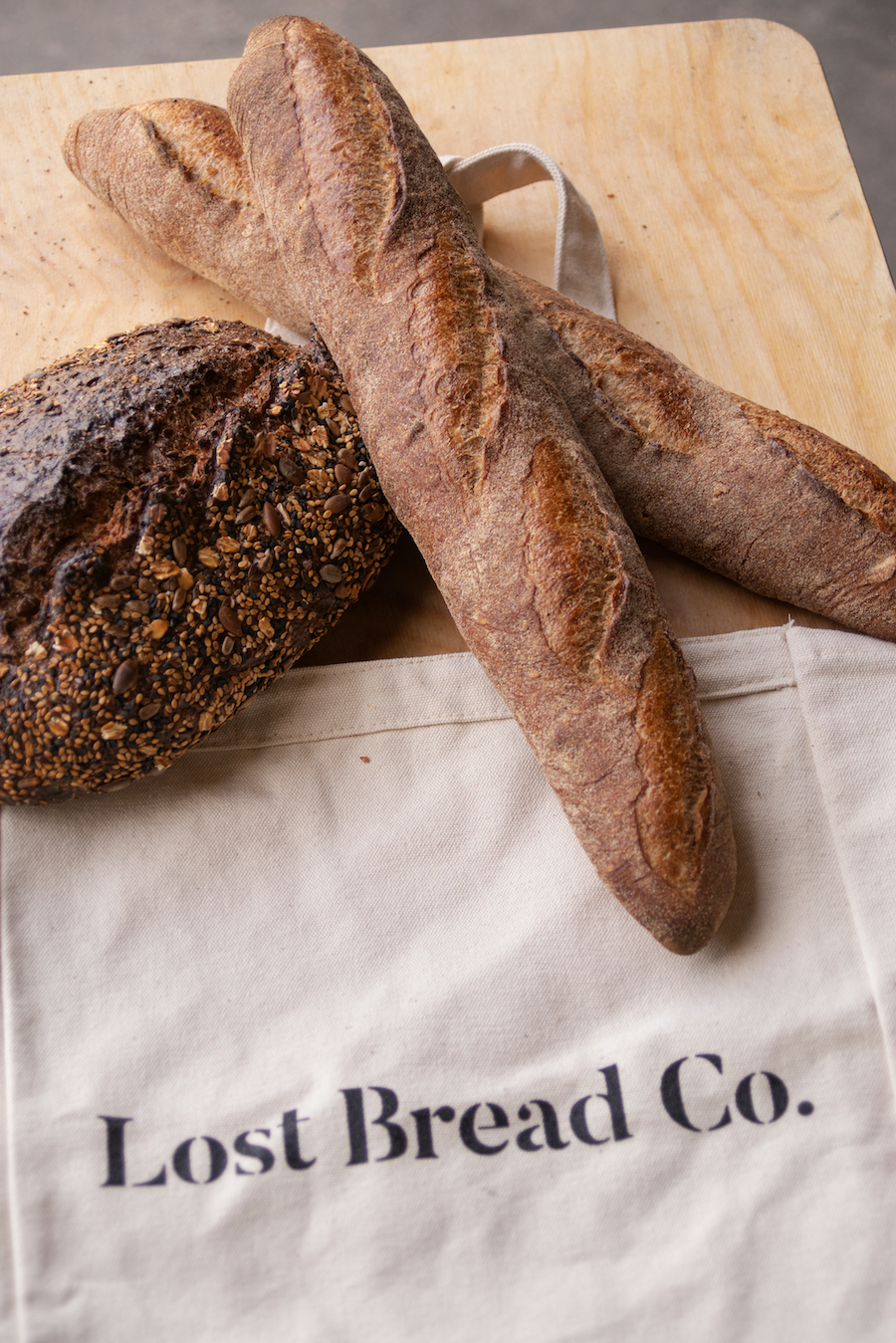 Lost Bread Co., Rittenhouse
A Lost Bread outpost in Center City? That’s a reason to celebrate. Our local baker extraordinaire Alex Bois and restaurateur Avram Hornik partnered up on this new cafe where fresh-baked bagels are a speciality, along with sandwiches and whole grain pastries. Takeout only for now 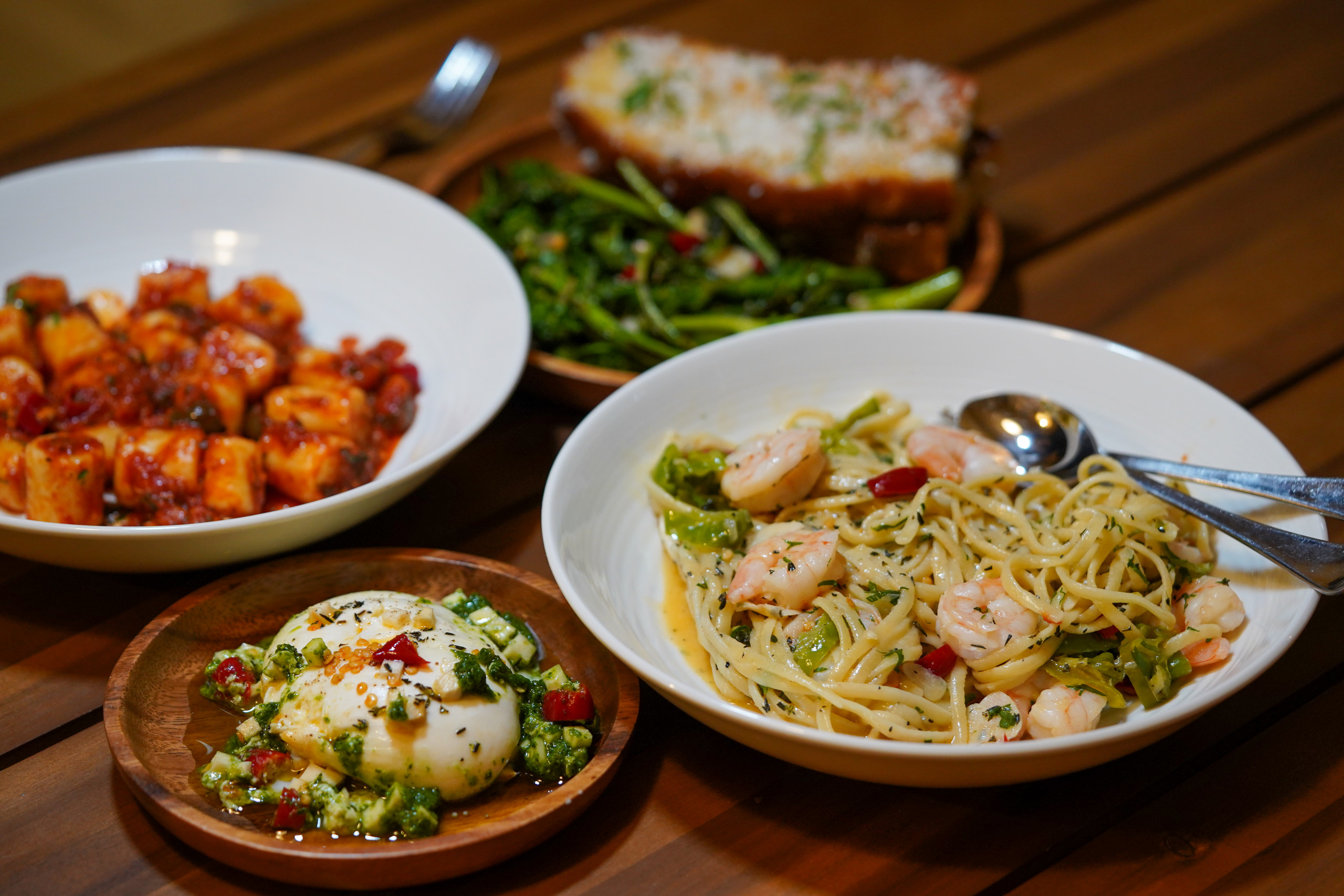 Sally, Fitler Square
With a rotating menu of takeout-ready sourdough pizzas and small plates, plus a bottle shop for discovering great natural wines, beers, and ciders (that even has an online shopping option), Sally is perfect for an era when all we want is comforting takeout-ready foods and a constant supply of good drinks. Open for takeout.

Di Bruno Bros., Wayne
A Di Bruno Bros. on every corner would be a dream, and the town of Wayne is getting a little closer to the promised land this spring. This outpost will feature all of the cheese, charcuterie, and imported foods we know and love, plus a wine and cheese bar, pizza counter, and coffee bar.

Grace and Proper, Italian Market
From the owners of Bella Vista’s Hawthornes and Fishtown’s Martha, this new neighborhood bar and restaurant is expected in early April. Given its location, the menu is being described as an “ode to the Italian Market.” 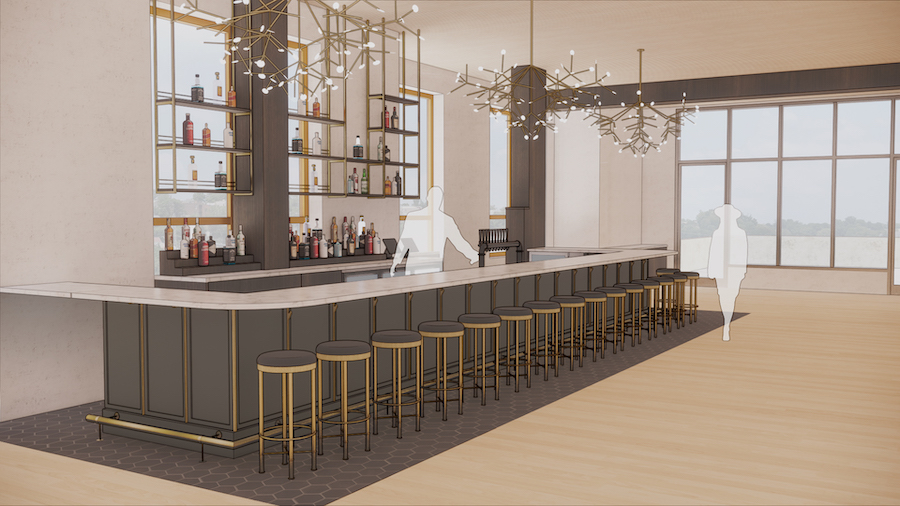 The Landing Kitchen and Lark, Bala Cynwyd
Two new restaurants from star chef Nick Elmi and hospitality veteran Fia Berisha are making a play for the Main Line. Lark will celebrate sustainable seafood and seasonal produce in an airy space with a rooftop terrace overlooking the Schuylkill River. The Landing Kitchen rides the all day café wave with breakfast and lunch service, plus fresh-baked pastries and Curiosity Doughnut pop-ups. 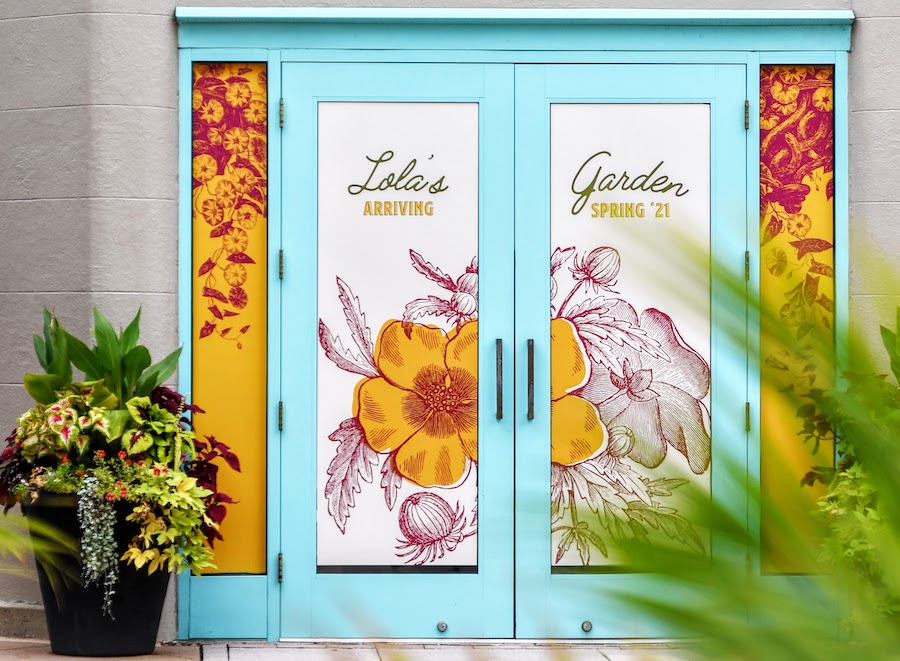 Lola’s Garden, Ardmore
Avram Hornik, Philly’s prolific restaurateur behind Morgan’s Pier and Harper’s Garden, is going suburban for the first time with this 260-seat American restaurant. Overlooking Suburban Square’s grassy courtyard, Lola’s Garden will offer something for everyone, including vegan and gluten-free fare, plus a bar full of Pennsylvania-made wine and beer. Expected to open in April.

Sor Ynéz, Kensington
The Cafe Ynéz crew is launching a new Mexican restaurant with a vegetable-forward approach a few miles northeast of its Graduate Hospital home. Though easily accessible via public transportation, Sor Ynéz will have plenty of parking in the attached building. Expected to open in February with takeout and outdoor dining later this spring. 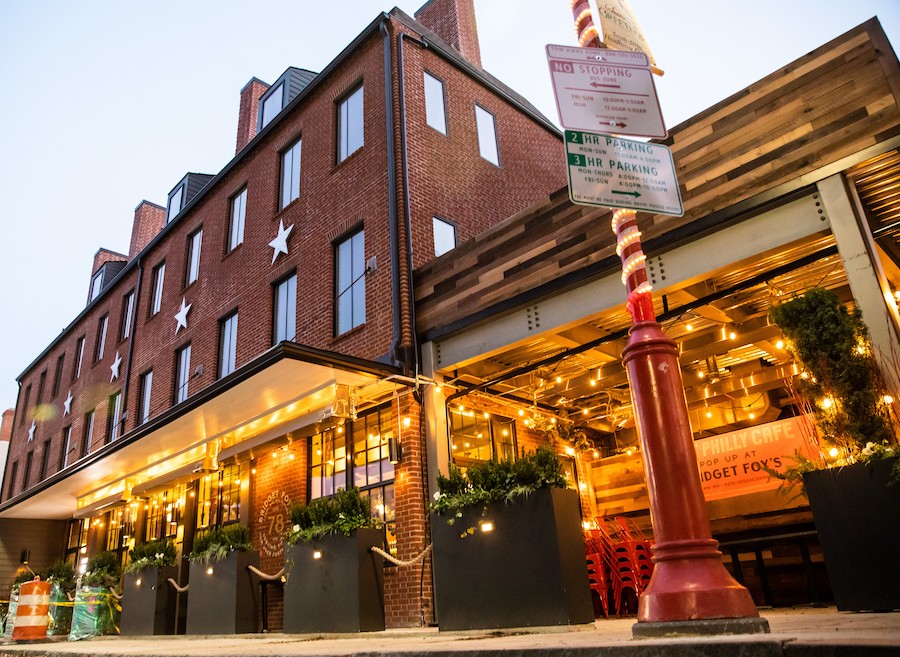 Bridget Foy’s, Headhouse Square
It’s been more than three years since a two-alarm fire tore through Bridget Foy’s. Now the decades-old bar and restaurant is gearing up to reopen in February. 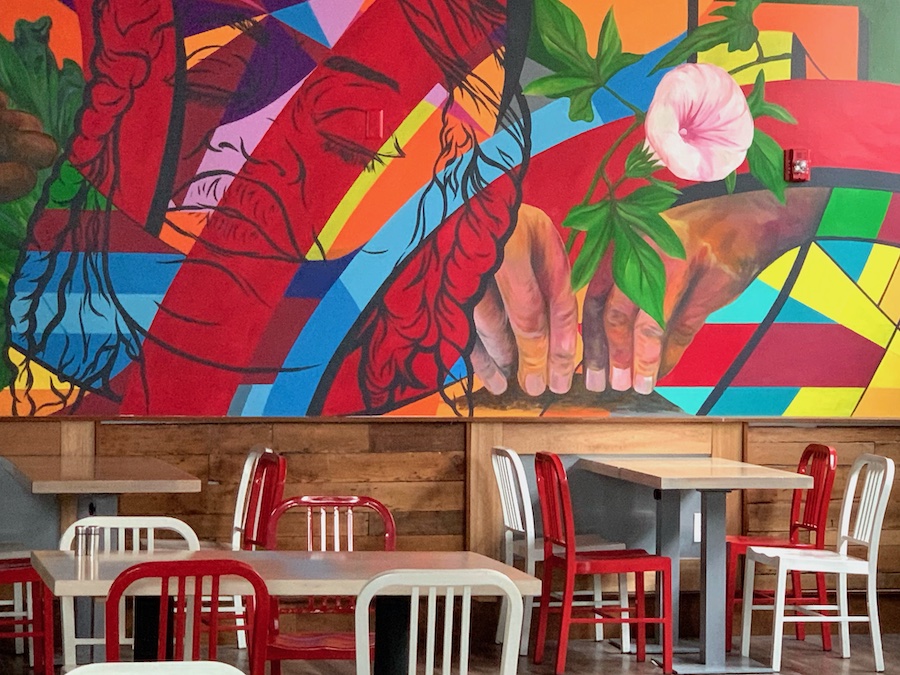 Warmdaddy’s, Spring Garden
For its 26th year, Warmdaddy’s will reopen next door to sister restaurant South. The jazz club and soul food specialist launched at Front and Market in the 90s and then moved to Columbus Boulevard before closing in search of this new home.