We Have the Pandemic Baking Craze to Thank for Huda

Yehuda Sichel’s new sandwich shop, Huda, is opening in Rittenhouse. Here’s how the menu got made. 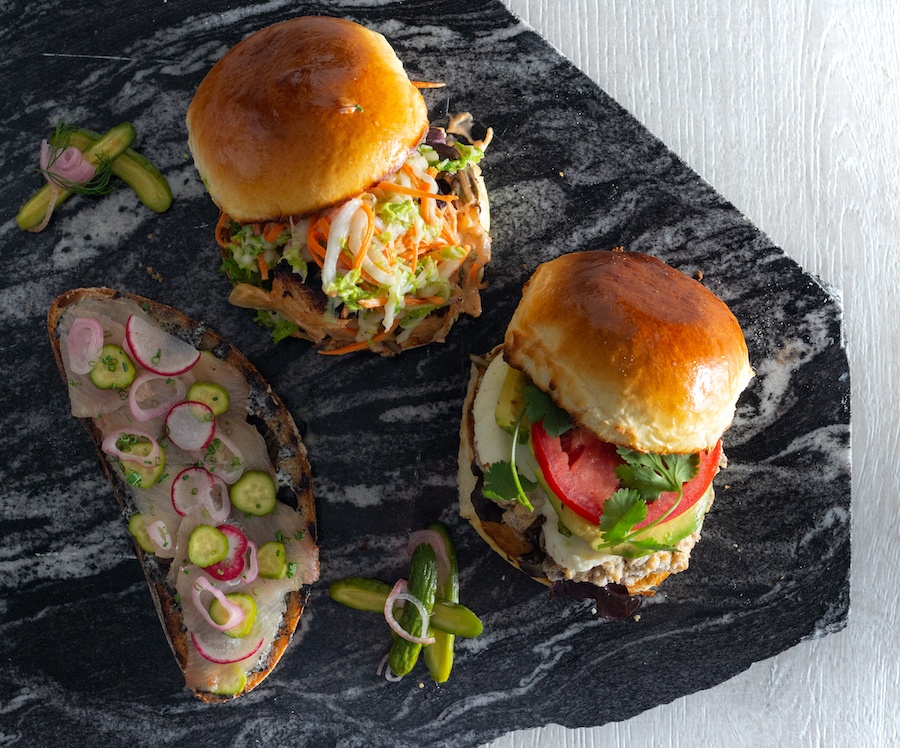 Some say that bread makes the sandwich. But I’m not sure that’s quite right. I think bread sets the tone. It sets expectations. It tells us everything we need to know about the handheld we’re about to devour before we taste it. At Yehuda Sichel’s new sandwich shop, Huda, in Rittenhouse, every sandwich is built on house-made sourdough or house-made milk buns — which tells us a lot about the restaurant’s origins.

Sichel, as you know, is the chef who opened and ran the city’s one and only modern Jewish restaurant, Abe Fisher, since Michael Solomonov and Steve Cook opened it in 2014. He’s the guy who gifted Philly with Montreal-style smoked short ribs, veal schnitzel tacos, “Chinatown-style” duck dinners complete with schmaltz fried rice. When he decided he was ready to move on from CookNSolo and do his own thing, he found a space (the old Hai Street Kitchen space at 32 South 18th Street), got the keys in February, gave his notice in March, and then, you know, the world stopped spinning. 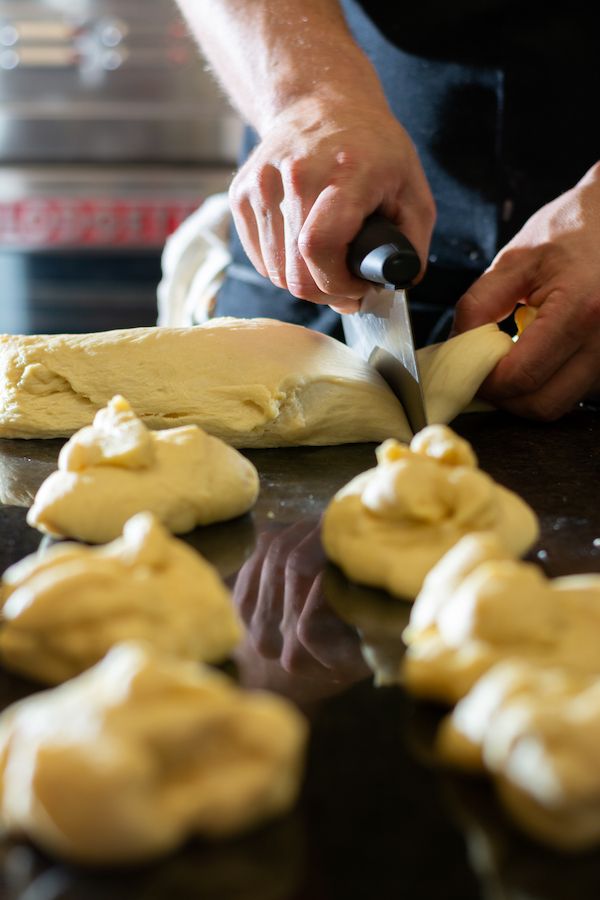 The pandemic hit the restaurant scene hard, and everyone was told to go home and stay inside. So we did. And he did. And he did what we all did: “I would watch all these bread videos on Instagram and YouTube. People were really focused on sourdough and milk bread. And I was very intrigued by both.” His intrigue, he says, grew into an obsession.

He started making bread every day. But this was quarantine baking, remember? Quarantine baking meant ingredient shortages in grocery stores across the country. “I went to the store to buy flour. There was no flour. I went to buy yeast. There was no yeast,” he says. “But when I started to learn about sourdough, I realized I didn’t need yeast. I might be the most ignorant chef in the world. I never even thought about it.” He bought some flour from Lost Bread Co., he bought the Tartine cookbook (legendary in the cookbook world) and Huda — at least a new, revised version of Huda — was born.

So You (Like Everyone Else on the Internet) Want to Make a Sourdough Starter. Here’s What You Need to Know

Sichel, who grew up in an Orthodox Jewish community in Baltimore, got his start in the industry working at a Jewish deli. “I made sandwiches as a teenager, and it paved the way for how think about food today. How I think about dishes. How I think about a bite. Because texture and flavor and layering, it’s literally the same way you make a sandwich. My idea was to bring that full circle. If we were to take away the bread, would all these components be a complete dish on a small-plate menu? If the answer is yes, then why can’t it be a sandwich?” 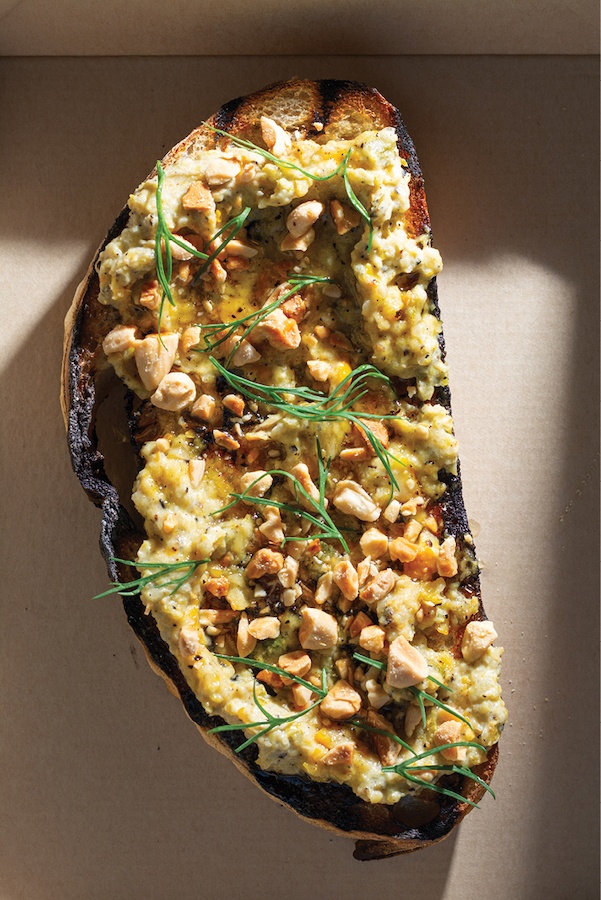 The menu really does read like a small-plates restaurant menu: hazelnut butter toast with thomcord grape jam and pluots (on sourdough); grilled swordfish with “kimchi tartar sauce and napa cabbage slaw (on milk bread buns); fried maitake mushroom in the style of a Mexican torta (also on milk bread buns). It’s a globe-trotting menu, not beholden to any one cuisine (a departure from his Abe Fisher ways). And for a sandwich shop, it’s surprisingly not … meaty. Besides the brisket sandwich, the only meat items come in the form of sides: a New York strip salad and sweet chili glazed lamb chops with black radish. “Because where else can you get lamb chops as a side?”

Huda is currently in soft-open mode, but it’s official opening day is tomorrow, September 10th. It’ll be open Tuesdays through Saturdays for delivery and takeout till 6 p.m. (or until sellout). Menu’s here: 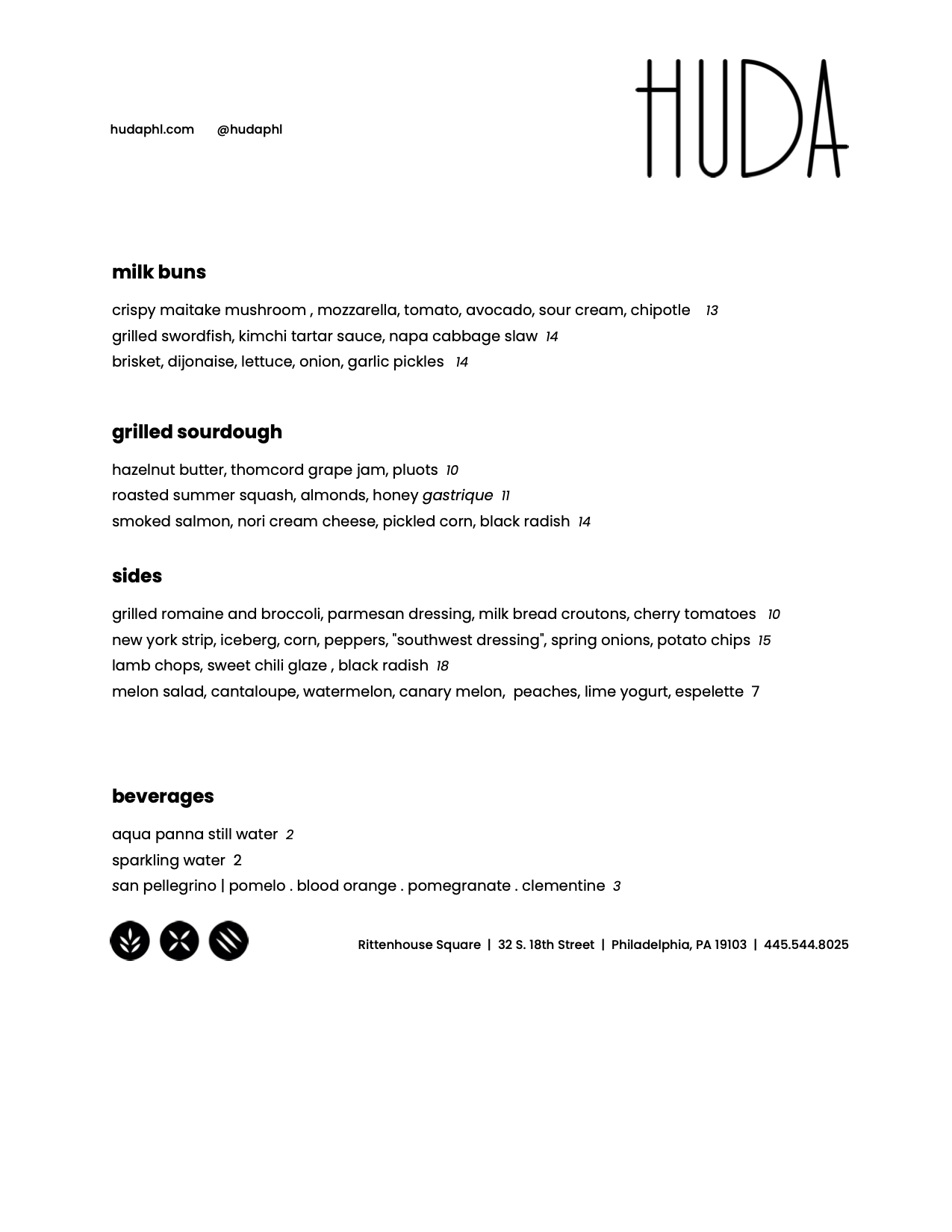