In collaboration with Lost Bread Co., Ana Caballero has cooked up a plan to help restaurant workers who are not eligible for government support. 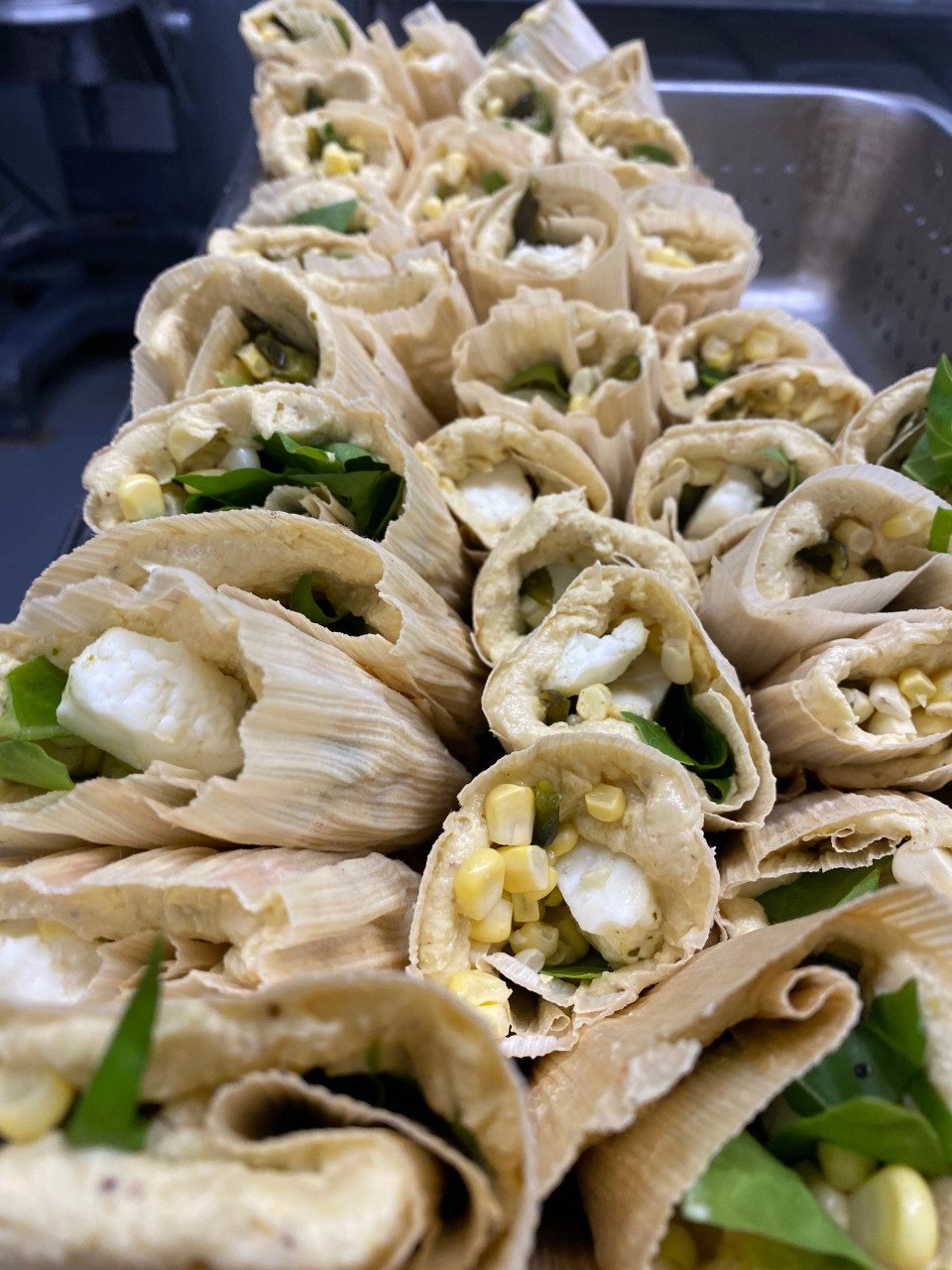 “The biggest lesson of this is that when you have a community of people who want to support an idea, you can get things done really fast,” says Ana Caballero. In the pre-coronavirus world, Caballero was the chef at Lost Bread Co., but like so many in the food industry, she was laid off when the company was forced to contract.

“I was just sitting at home feeling so helpless,” she said. “There are a lot of people I work with who are undocumented, or for other reasons, unable to get support from the government — even though they have taxes taken out of their paychecks just like everybody else. I wanted to do something to actually put some money in their pocket, because it’s crazy to think that people can survive for two or three months without even a lick of income.”

In partnership with Lost Bread Co., Caballero came up with Proyecto Tamal, a weekly sale of tamales which she makes in collaboration with a different family each week.

“I specifically had the undocumented Latino community in mind,” she said. “Many people within that community work in the food industry and they’ve been not only cut off from their livelihood, but also been left out of the multiple stimulus packages. No one can live neglected and without a source of income for an indefinite period of time. Because of this I wanted to raise awareness to the issue and most of all, raise money for the families in these situations.”

Caballero says they’re making about 400 tamales each week — the recipes are defined by that week’s partner family, and she’s working with Lost Bread’s normal purveyors to get most of the ingredients. The cost of ingredients for the first month are covered by a donation from a co-owner of Love City Brewing, and after that Caballero plans to use the contributions that people have been sending to the project’s Venmo account (@proyecto-tamal, if you’re interested in donating.) The money raised from selling the tamales goes directly into the hands of the families she’s partnering with — an average of between $1400 and $1500, depending on the price at which they sell the tamales.

They go on sale every Sunday afternoon, and have been selling out quickly, Caballero says. The number is limited by her capacity to help whoever she’s partnering with, along with one or two of their family members. Lost Bread’s space is large enough that about four people can safely space out inside.

“Tamales are made differently, through Central America and Mexico,” she explained “People have different fillings that they use, and different seasonings go in the corn, but they’re the perfect quarantine food because they last a long time in your fridge or freezer, and they’re portable and delicious.”

To buy tamales, visit this page on Sunday afternoon to place your order. Order are then available for pick-up the following Saturday at Jezabel’s Cafe in West Philly, Kalaya in the Italian Market neighborhood, and at Lost Bread‘s headquarters in Fishtown.

“This week I’m partnering with a single mom from Guatemala who actually used to be a tamal maker back in Guatemala,” Caballero said. “We’re making three types each week, and this week we’re doing a pig head one, a chicken one, and one with whole black beans. It’s not like anything most people from Philadelphia have had before.”