The Schulson Collective is betting that Philly has room for one more Italian restaurant. 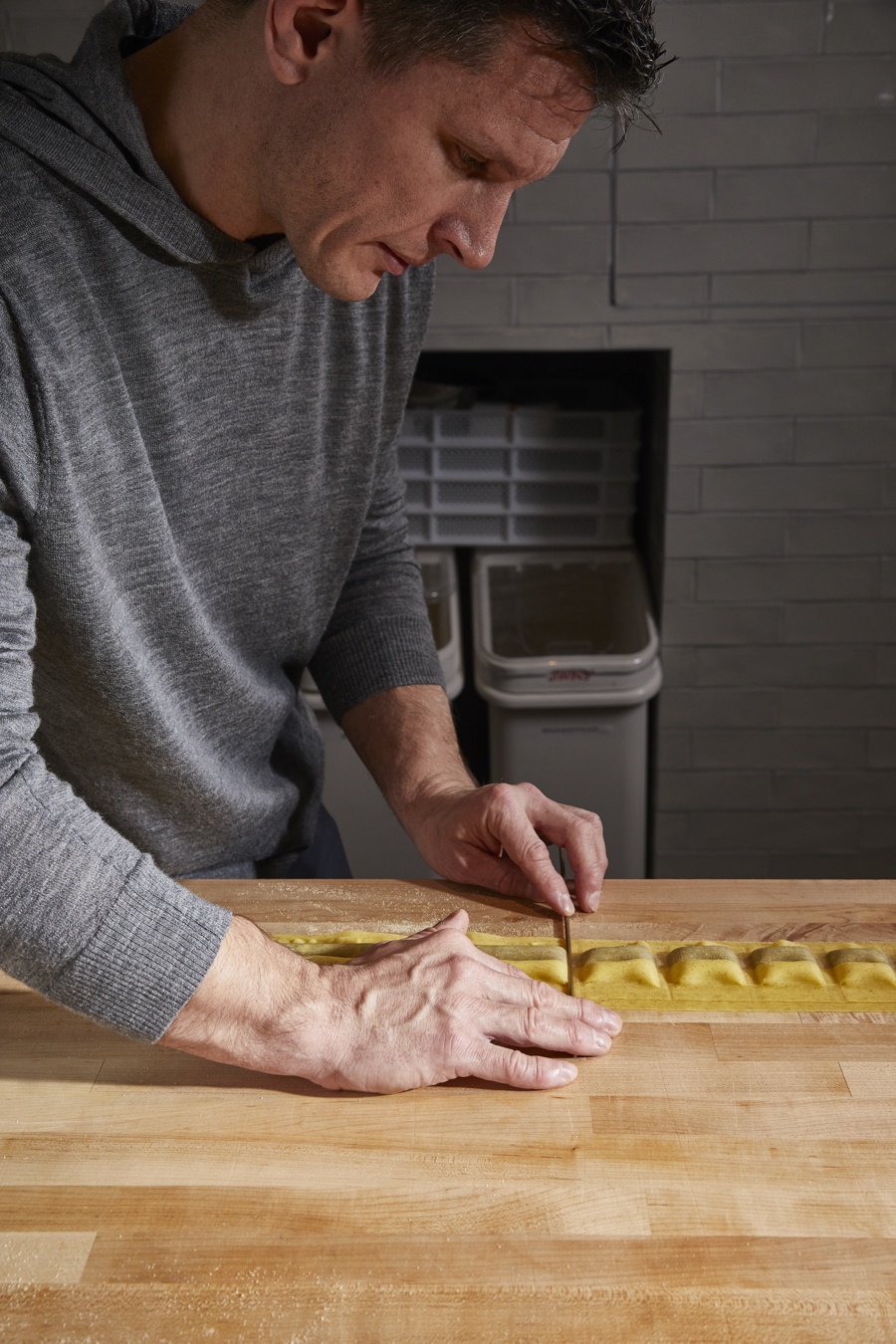 Sitting at the bar at Via Locusta on a Wednesday night, I feel like I could be eating dinner anywhere.

There was no hidden door I had to find, no password. I didn’t have to fight a goblin or decode a riddle or discover Benjamin Franklin’s secret bowling alley in order to get a seat at the newest Schulson Collective restaurant. All I had to do was walk through the door. I didn’t even have a reservation. It felt unsettling.

The bartender brings me a La Corsia Dante — bourbon and apple bitters, a dried slice of apple that smells of kinder seasons already gone. I like it a lot. I lean back from the bar and look around, still half-expecting the entire restaurant to fold in on itself and sink into the earth, revealing a secret candlelit pasta dungeon with its own hidden bocce court. Years of eating at restaurants imagined by Michael Schulson and Nina Tinari — Double Knot with its basement dining room, Alpen Rose’s speakeasy-style front door, the private bowling alley at Harp & Crown — have made me jaded. How can this room just be … a room? 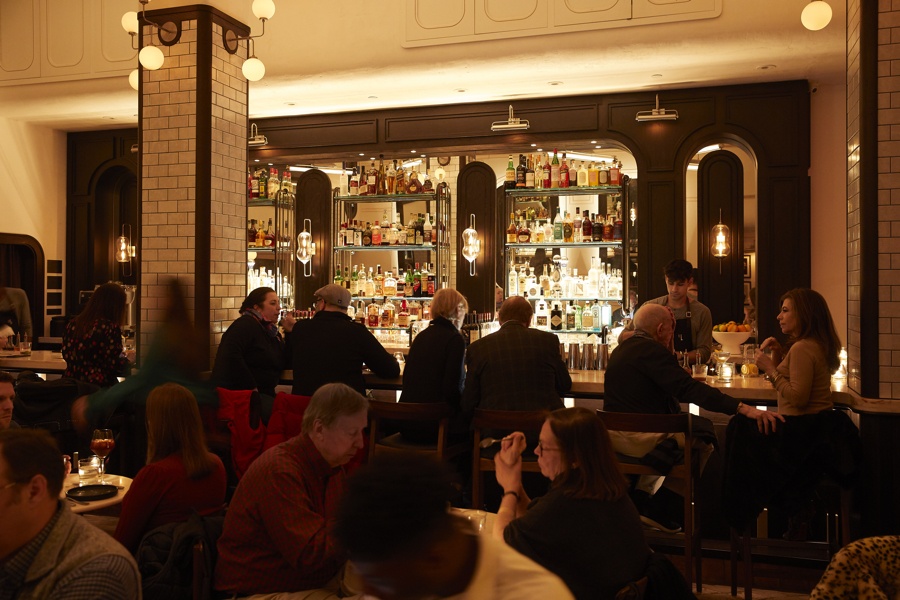 The dining room at Via Locusta | Photo by Michael Persico

Order This:
Start with the focaccia, then go straight for the pastas and eat as many as you can.

Via Locusta is a pasta restaurant. Existentially, it’s an industry power move by Schulson and partner/chef Jeff Michaud, because Schulson opened it in the same building as Parc (owned by Stephen Starr, Schulson’s former boss), and Michaud (an ex-Vetri loyalist who, with Schulson’s help, bought back his atelier, Osteria, from the company Vetri sold it to a couple years back) now has a place where he can put his pastas up against the best in the city absent any shadow of past associations. Functionally, it serves as an ideal perch for harvesting the city’s fattest wallets. As an idea, it’s a slam dunk, because who goes broke selling noodles to Philadelphians?

But it’s just a pasta restaurant, really. Not the best, but up there among the lauded few. Certainly not the most interesting concept in Schulson’s portfolio, but if you look closely, it’s surprising in unexpected ways. 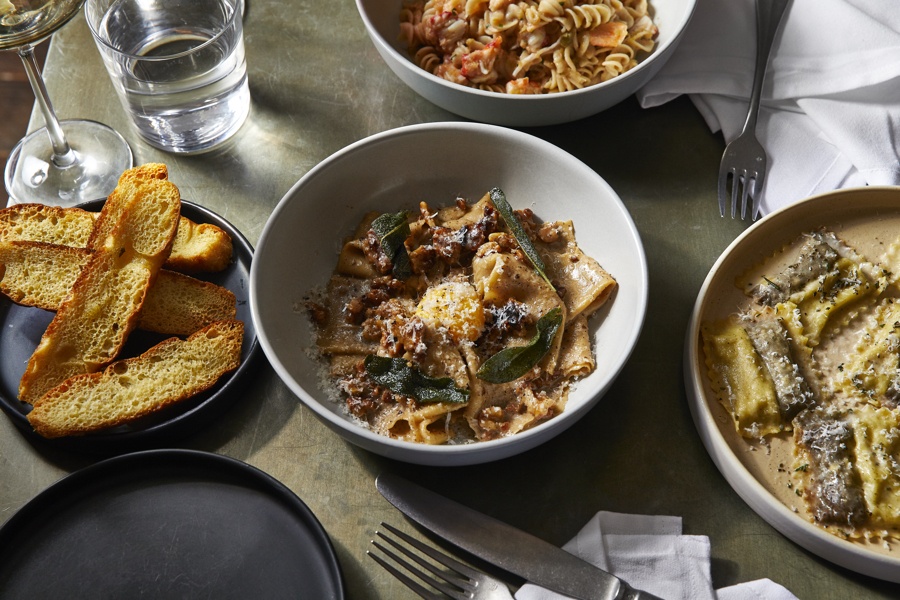 Pasta at Via Locusta | Photo by Michael Persico

Everyone talks about the porcini agnolotti, served with a cheesy truffle-spiked fonduta on the side because you’re supposed to eat them with your hands. But the paccheri is better — the thick cylinders of pasta and snowfall of pangrattato offering competing textures, the orange and anchovy a knife fight of clashing flavors that plays more like a dance. One night, my server pushed for me to try the quadretti ravioli, but the doppio ravioli is more interesting, modern bordering on mad science. Each piece is a two-humped camel — one side full of sweet gorgonzola dolce, the other of fig paste, the whole plate dressed in browned butter and rosemary. I hate that someone felt it necessary to explain to me how to eat it (Cut each across, so that you get a little of both in a single bite!), but I wasn’t going to let Mr. Pasta Einstein ruin my fun. I ate the halves separately, cut them unevenly, downed one entire ravioli in a single bite.

For the record, it really is best when evenly proportioned, but you do you. I also refused to eat the agnolotti with my fingers as instructed, using a fork and twirling each one through the fonduta like a dandy. But they’re good no matter how they end up in your mouth — the skins stiff, the filling savory, the creamy warmth of the fonduta and truffle funk an ideal pairing.

There’s honey all over the menu — in cocktails, on the kitchen’s excellent focaccia with honey butter, burnt on an appetizer of sliced pears in pancetta vinaigrette, which serves only to make the entire thing taste scorched. Michaud has filled the menu with such repeating themes (sage, the sharpness of leeks and chive, the sly inclusion of fruits or left-field ingredients, like fennel soffritto in the king crab fusilli) that add an undercurrent of innovation to the largely familiar board. There are dishes that feel too hands-off. (The salads and vegetables are more like still lives than dinner.) The room itself is warm and inviting if you don’t think too much about it. 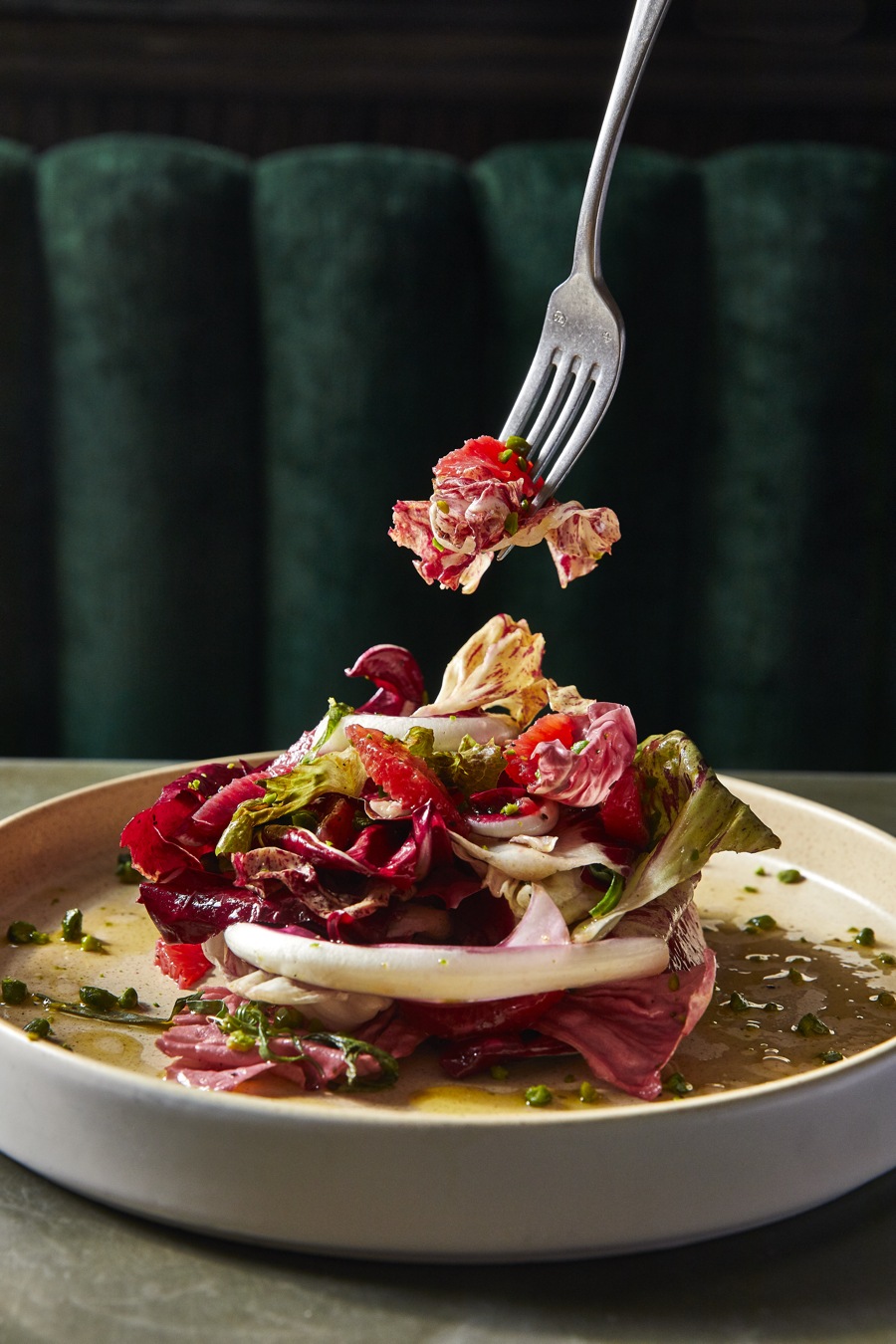 Chicory salad at Via Locusta | Photo by Michael Persico

If there’s a Prime Directive of restaurant criticism — one big rule that must always be followed — it’s that each restaurant should be judged entirely by how good it is at being itself. So, then, existing in a world without comparisons, Via Locusta is excellent. It’s an interesting, gently daring place to get a good plate of pasta and an expertly made cocktail in Rittenhouse Square. It’s precisely the restaurant it sets out to be.

But the restaurant universe isn’t a vacuum, and nothing that matters exists absent comparison. So it will always feel strange to me that there’s no stunt here at Via Locusta. No hidden side. No secret room. There’s no way to witness this place without seeing motive, opportunity and bravado inside of it. And it will always seem odd that in a city overrun with great pasta, Michael Schulson decided that what Philly really needed was more.