Torrone Is the Best Part of the Holidays in Philly

Restaurants across the city are cooking up their own versions of this classic Italian treat with historic roots. 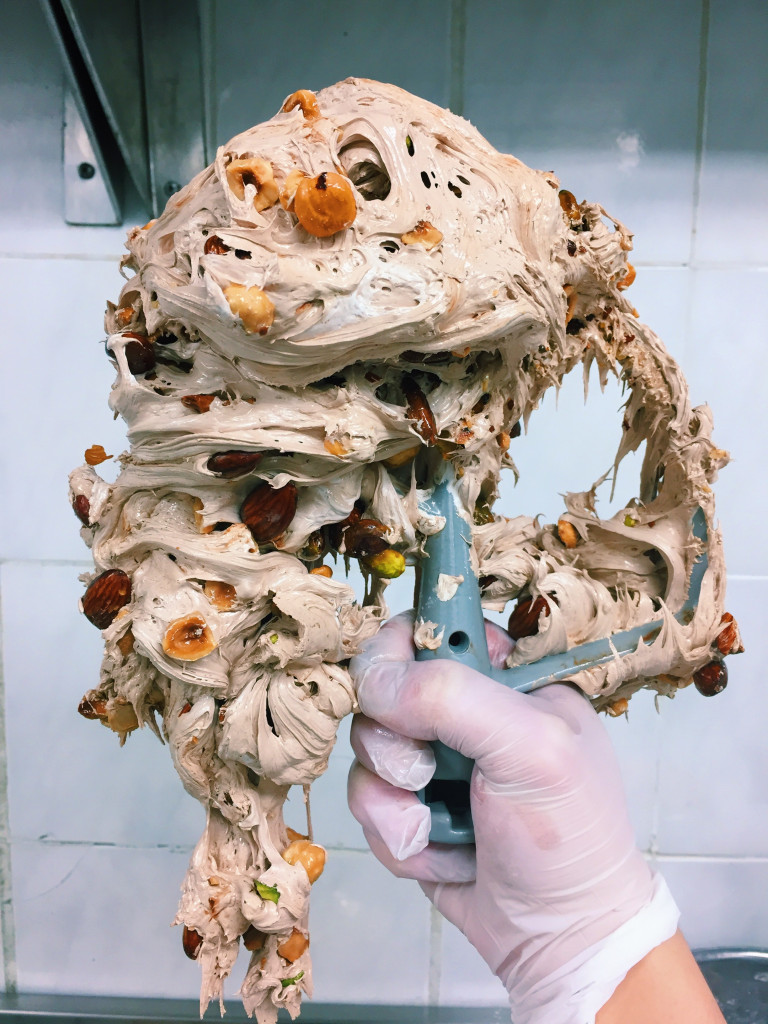 If you’ve never had torrone before, the holiday season is a good time to try it. Mostly because it’s everywhere. The egg white-based nougat holiday candy with roots in Italy and the Arabic world is popping up, freshly made, in a variety of styles from some of my favorite spots in the city.

You may have seen it in huge blocks at Claudio’s or Di Bruno Bros., where they import it from Italy in chunks, then sell off smaller pieces to the bustling, hungry people who crowd their aisles during the holidays. The most common style of torrone in the U.S. is a hard, crunchy version, filled with almonds and made with sugar, rather than the traditional honey that gives it an appealing, but not overwhelming sweetness.

You’ll find a classic version of soft torrone, made with honey, almonds, pistachios and not much else, at Mighty Bread Co., where owner and head baker Chris DiPiazza is recreating the versions he ate as a child in North Jersey.

“One of our big family traditions growing up was to go into Manhattan around Christmas time and go to Little Italy,” he said. “One of the things I’ll always associate with the holiday is going to get torrone from a couple of the Italian bakeries there.”

Even before he opened Mighty Bread, Chris made torrone every year to give as gifts around the holiday. This year, though, he’ll be selling it at the bakery in individual pieces, perfect for snacking, gifting or serving as a dessert for your Christmas dinner. 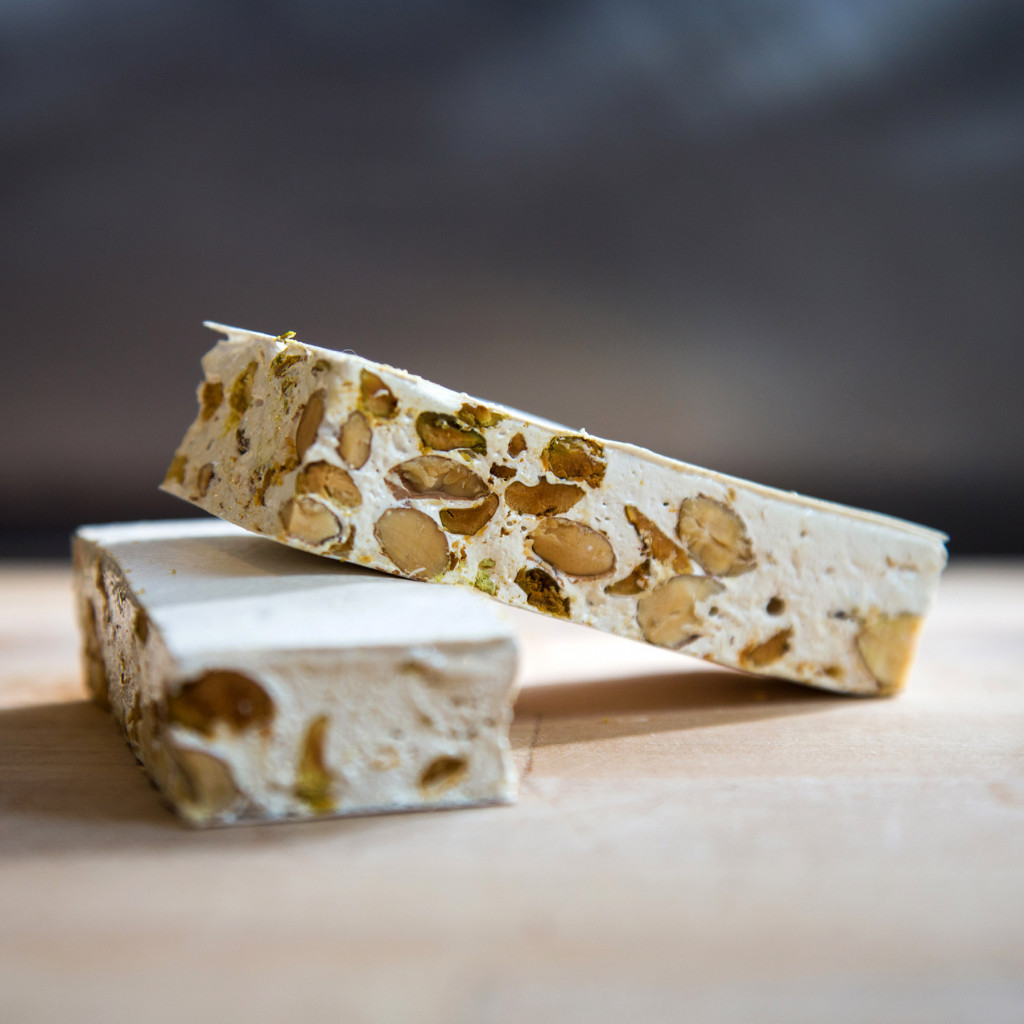 At Fiore Fine Foods, Justine MacNeil leans toward a style of torrone more commonly found in the the Abbruzo region of Italy.

“I really love the Abbruzese one,” Justine says. “Because it has chocolate in it which softens and makes it — not to totally bastardize Italy — but almost like a Three Musketeers, which is so good. I found the recipe on YouTube and it was just an Italian man speaking Italian, so I recorded it and broke it down and translated it word by word.”

Rather than straight-up chocolate, she uses gianduja, an Italian chocolate made with hazelnut paste to add even more nuttiness to the already nut-studded dessert. She also skips the traditional wafer paper, which is used to prevent sticking, in favor of dusting with a mixture of cocoa powder and powdered sugar on the top and bottom, which gives you one more hit of cocoa flavor. (I recommend dropping a piece in your cappuccino and letting it dissolve.) 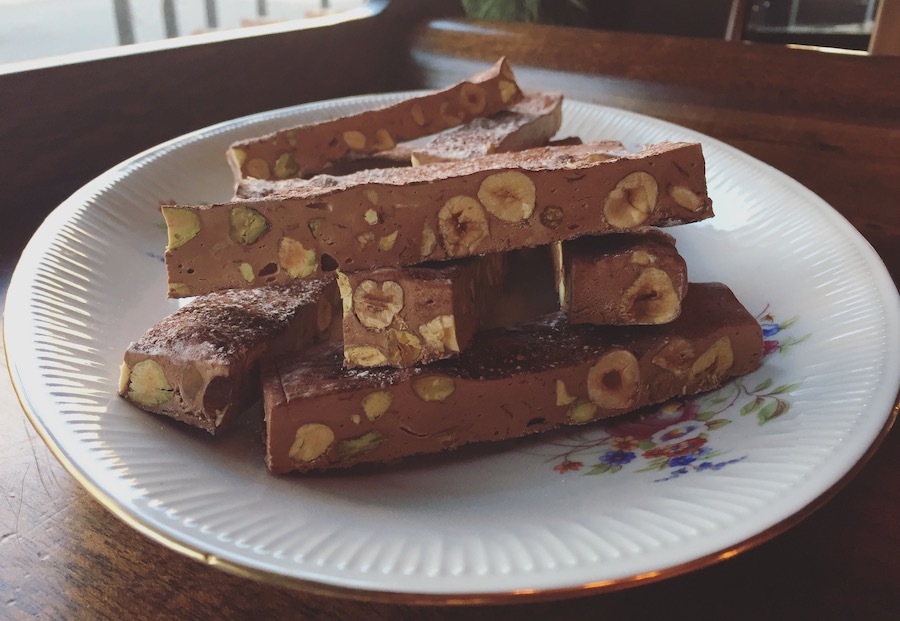 At the newly opened Cicala restaurant in Fairmount, pastry chef and co-owner Angela Rinalli-Cicala incorporates several styles of the confection into her piccolo pasticceria dessert service. The classic version, with white nougat, honey and nuts will make an appearance, as well as a version that incorporates cocoa powder. She also does a sesame version, based on recipes from western Sicily.

Angela, who has a fairly encyclopedic knowledge of Italian food, explained that torrone is most often associated with North of the country, specifically with Cremona, where residents say it was first made.

“Pretty much every recipe in Italy can be traced back to a legend or a miracle — there’s always something crazy like a wolf or a witch,” she said. “Every town lays claim to something.”

The town of Cremona claims torrone was first made in honor of a wedding in the 1400s. The name torrone comes from the tower on the church where the wedding was held. The religious connection stands up, because there are also records that indicate torrone was fed to popes, because the white color indicated its purity. When its made fresh, its also common to use rice paper to prevent the pieces from sticking together, which is the same thing Catholics use to take communion. 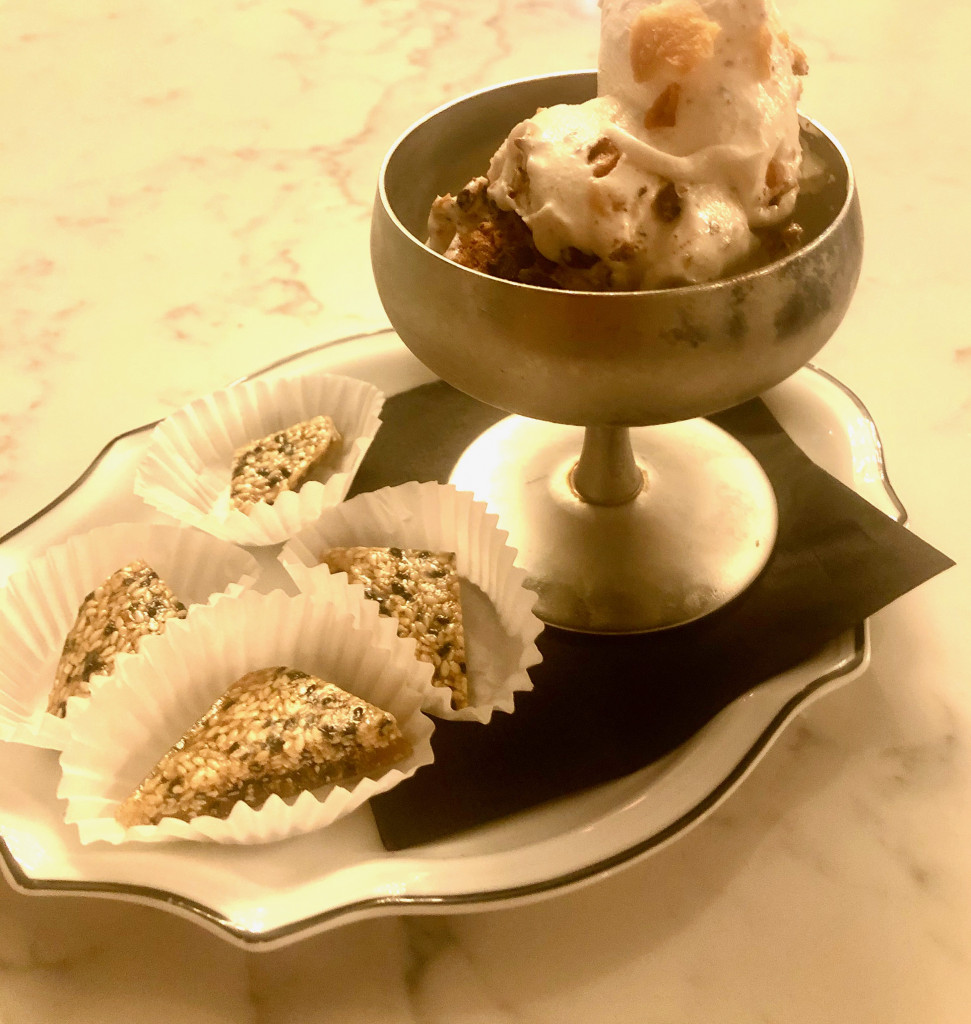 But a few years ago, Angela and Joe Cicala were looking for recipes for a dinner focusing on ancient Italian recipes, and the oldest recipes she found for torrone were from Sicily — an island to the southwest of the main landmass of the country. That version, which is packed with sesame seeds  (sometimes called cubbaita) leads Angela to believe the original versions were probably made there, or even somewhere in the Arabic world, which had a profound impact on the foodways of Sicily.

“There’s so much crap around where torrone comes from,” Angela says, laughing. “Everybody claims something from their area. We’ll probably never know where torrone really started, but it doesn’t really matter.”