University City Gets Its Very Own Dizengoff 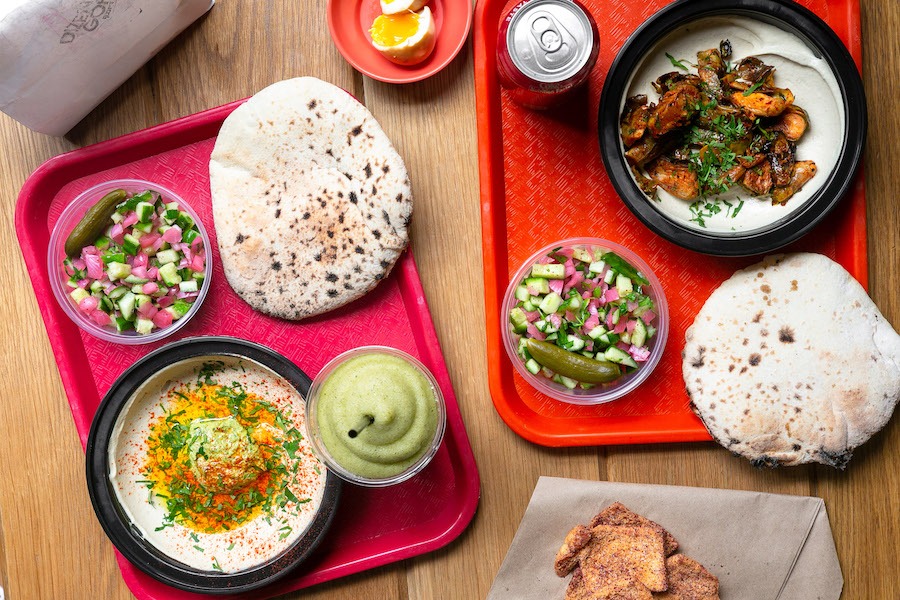 Penn students might just be the best-fed college students in the country. Later this fall, CookNSolo (Zahav, K’Far) will add an outlet of their Dizengoff concept to the already stacked lineup at Franklin’s Table food hall. So far, the luxury food hall at 34th and Walnut Streets includes a Goldie (another CookNSolo concept), a KQ Burger, a High Street Provisions, a Pitruco Pizza and a DK Sushi.

“Goldie has loved being a part of Franklin’s Table,” says Steve Cook. “And ultimately, falafel, hummus and pita belong together.”

Dizengoff serves the restaurant group’s trademark fresh hummus topped with every-changing garnishes like hot-spiced lamb with pine nuts or pomegranate with walnuts, plus freshly-baked pita, chopped salad, Israeli pickles and lemonana, an Israeli-style frozen mint lemonade to which guests can also add booze. There are currently two other locations in the city.

In addition to serving Penn students, Franklin’s Table has become a lunchtime destination for office workers in the high rises springing up in West Philly. The new Dizengoff will replace Little Baby’s Ice Cream, which apparently didn’t hit with the lunch-focused crowd in the hall. The hall is part of the SHOP PENN retail district, which includes retail and dining outlets geared toward students and the university’s wealthy neighbors. Federal Donuts, another CookNSolo spot, is also inside the district at 3428 Sansom Street. For a look at renderings of the space and it 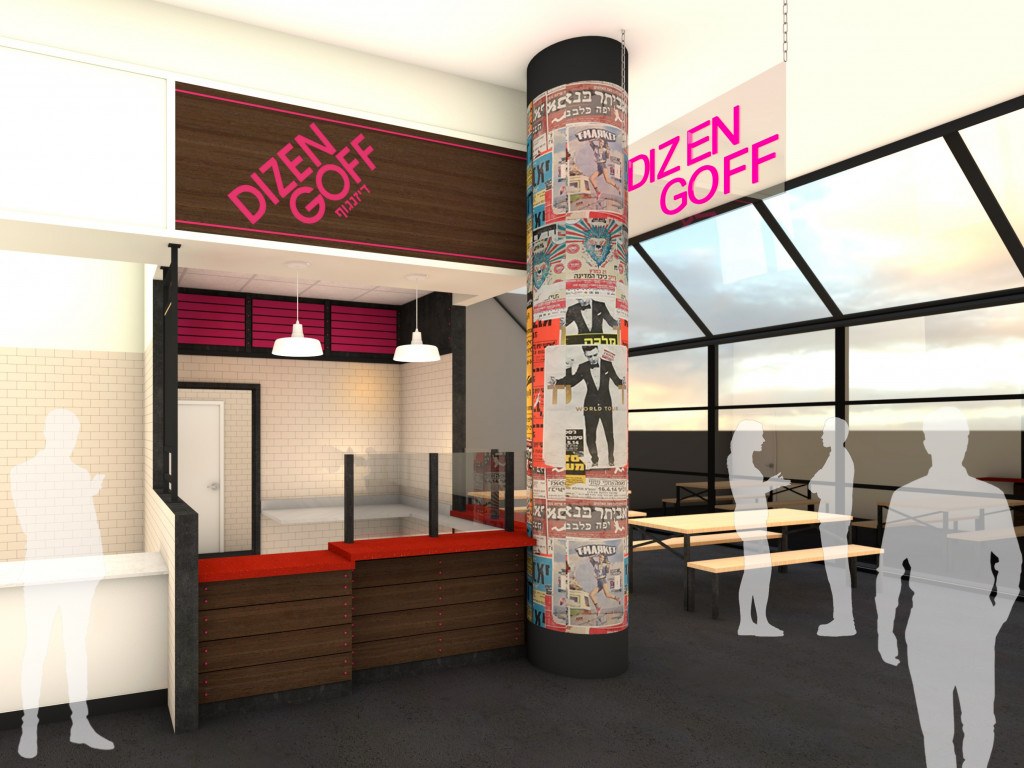 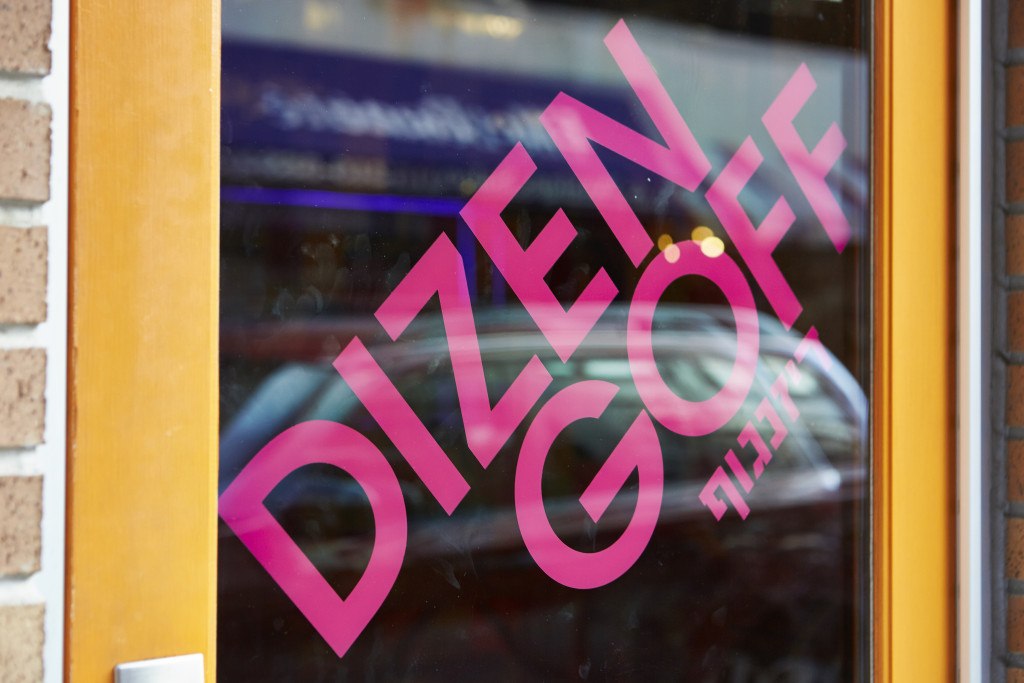 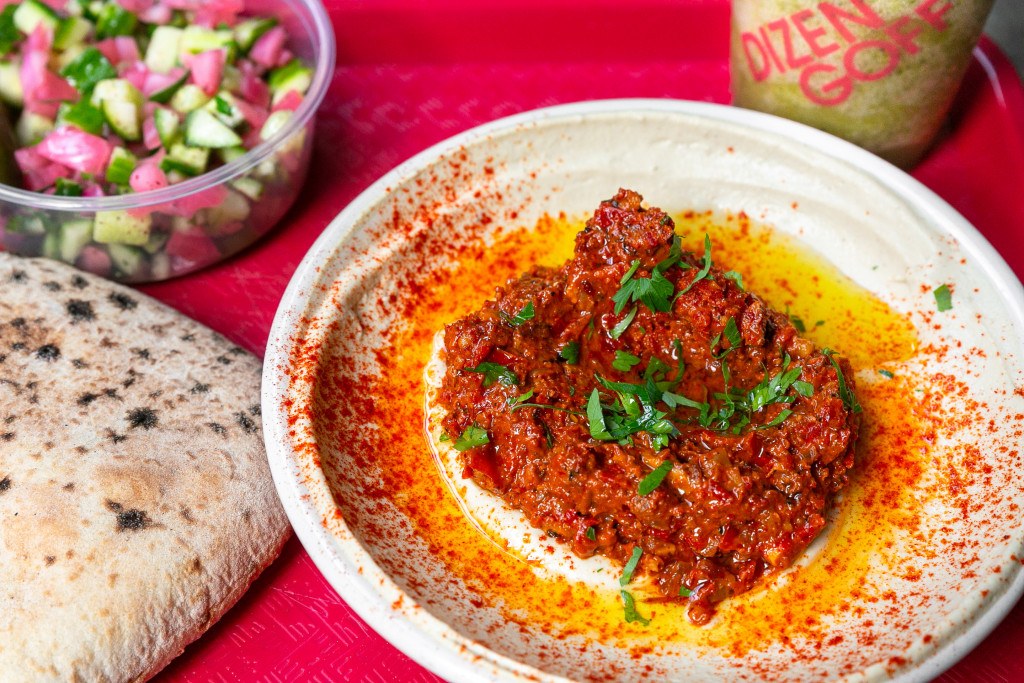 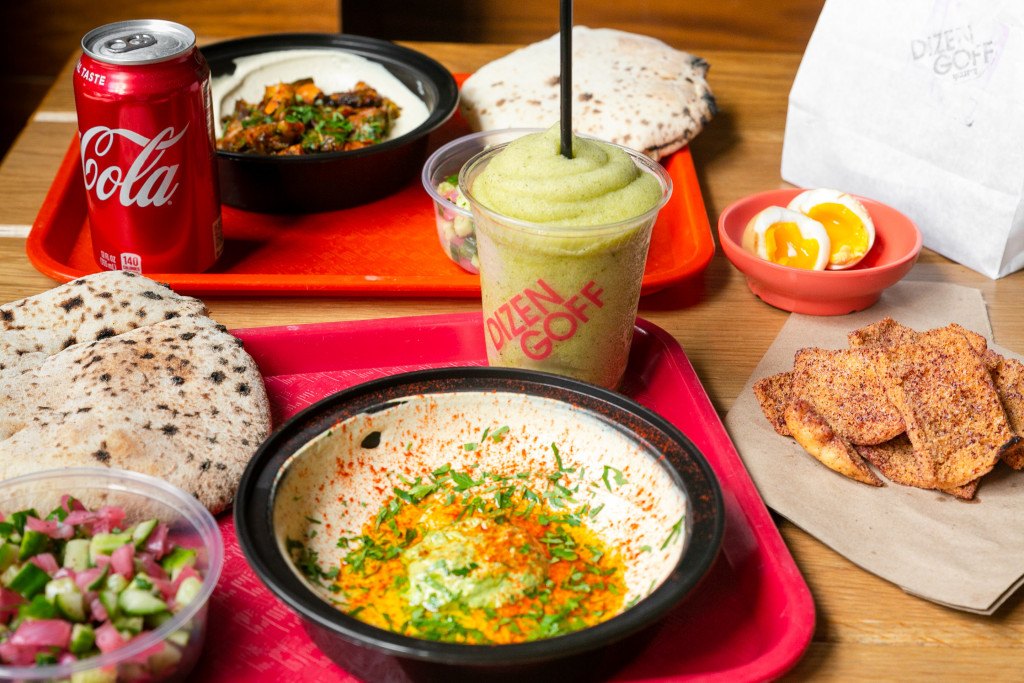