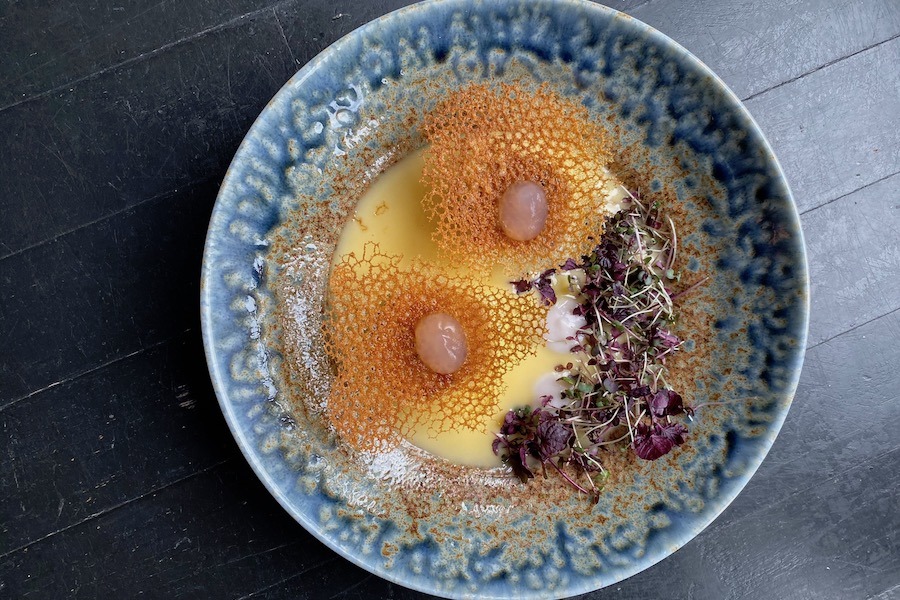 Hansen, who has spent the majority of his restaurant career in Oregon and Washington, joined the Fork team in early August, and has spent the first months of his tenure updating the menu to fit what he and High Street Hospitality founder and owner Ellen Yin see as the natural progression of the upscale contemporary American cuisine Fork has been serving since it opened in 1997.

“People are eating out more and more and I think there’s an opportunity for more high-end restaurants to show that they can make upscale food that you actually can and want to eat on a daily basis,” says Yin.

Hansen and Yin met earlier this year in New York, where Hansen was working with Nahid Ahmed and Arjuna Bull to help open their tasting menu restaurant Luthun in the East Village. Yin was drawn to Hansen’s focus on seasonality and responsible sourcing, as well as his interest in reducing food waste.

Hansen grew up in Spokane, Washington, where his uncle raised a small number of cattle that the family would butcher each fall for use throughout the year. Whole animal butchery was a natural progression and became a central element of Santé Restaurant and Charcuterie, which Hansen owned and operated with his wife, Kate. In addition to Santé, they ran a bakery, a small plates restaurant, and a whiskey bar, which are in the process of being sold to former employees so the family can permanently relocate to Philadelphia.

“As a chef, I feel like I have an obligation to our guests to source correctly and to put the highest quality ingredients on our menu – it all comes down to that,” says Hansen. He hopes to significantly reduce the restaurant’s food waste by educating the cooks and staff about how to use more parts of animals and produce.

“Fork has been on that trail for a long time, but I’m hoping to bring the next level of that and reduce even more waste,” Hansen says. “I think it’s possible. We’re taking baby steps and the cooks are starting to get what I’m talking about … I’m seeing a lot of excitement and that helps keep me excited.”

Yin and Hansen hope that the changes they’re making at Fork will encourage other restaurants to continue innovating as well.

“Fork has been around a long time, and people have a certain degree of trust in the restaurant,” says Yin. “When you change format or ideas, and you bring in a new person at a place that’s been around for a long time … you help set the tone of the dining scene in the whole city.”

For a look at the full menu, click here. For photos, scroll down. 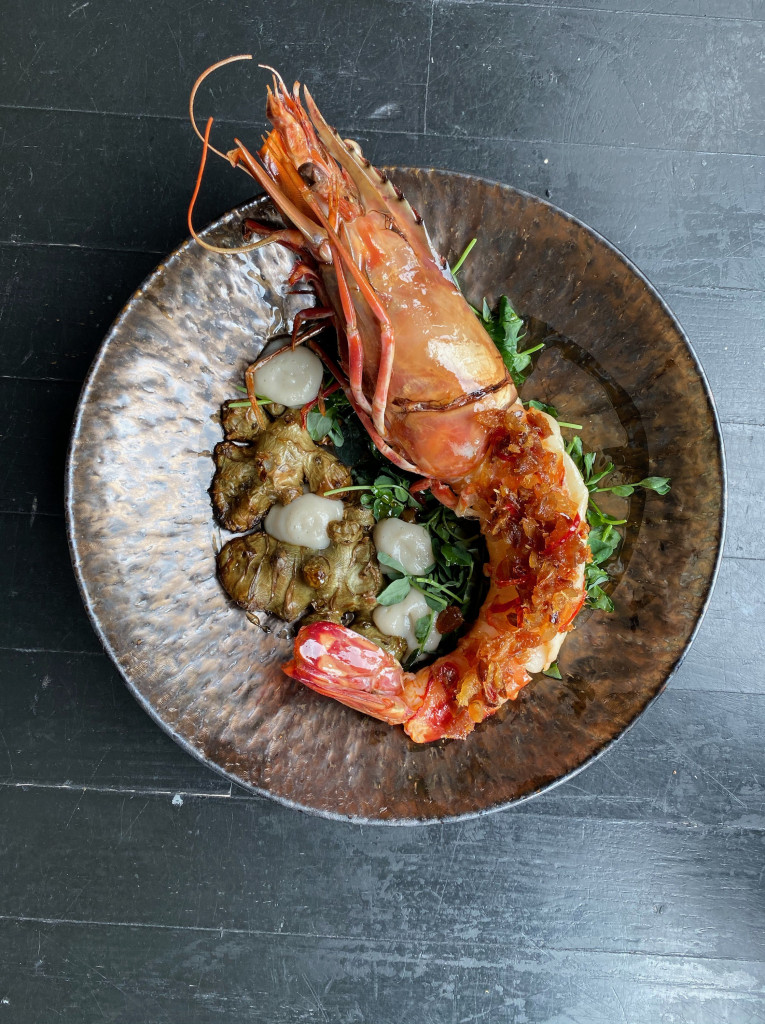 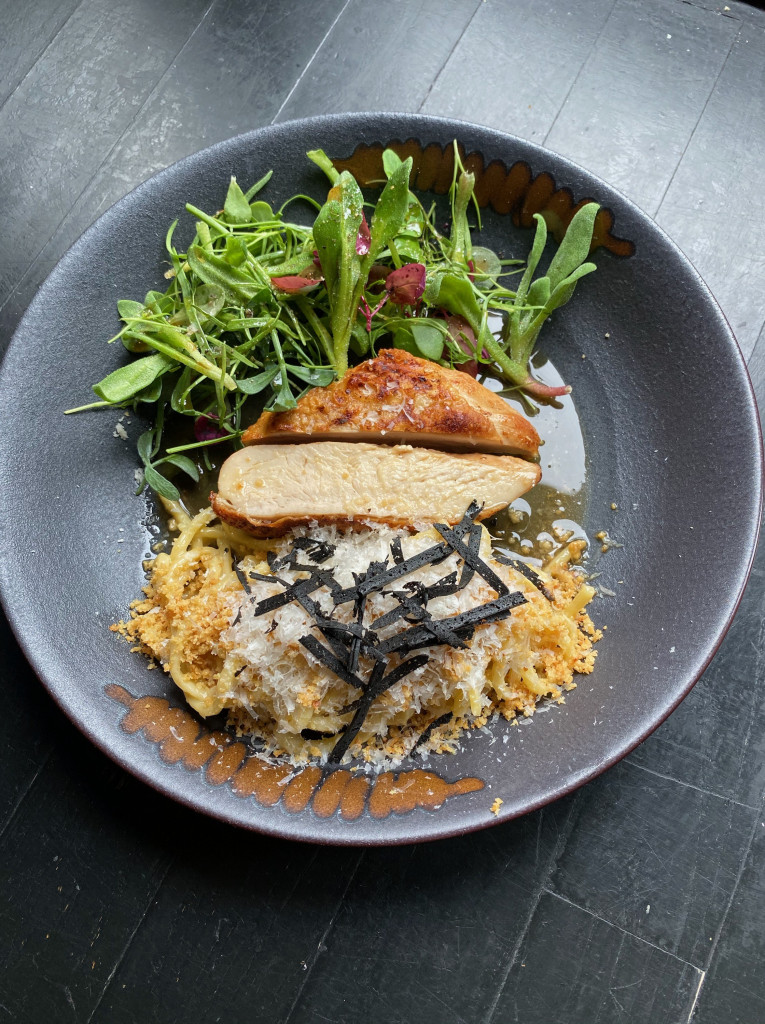 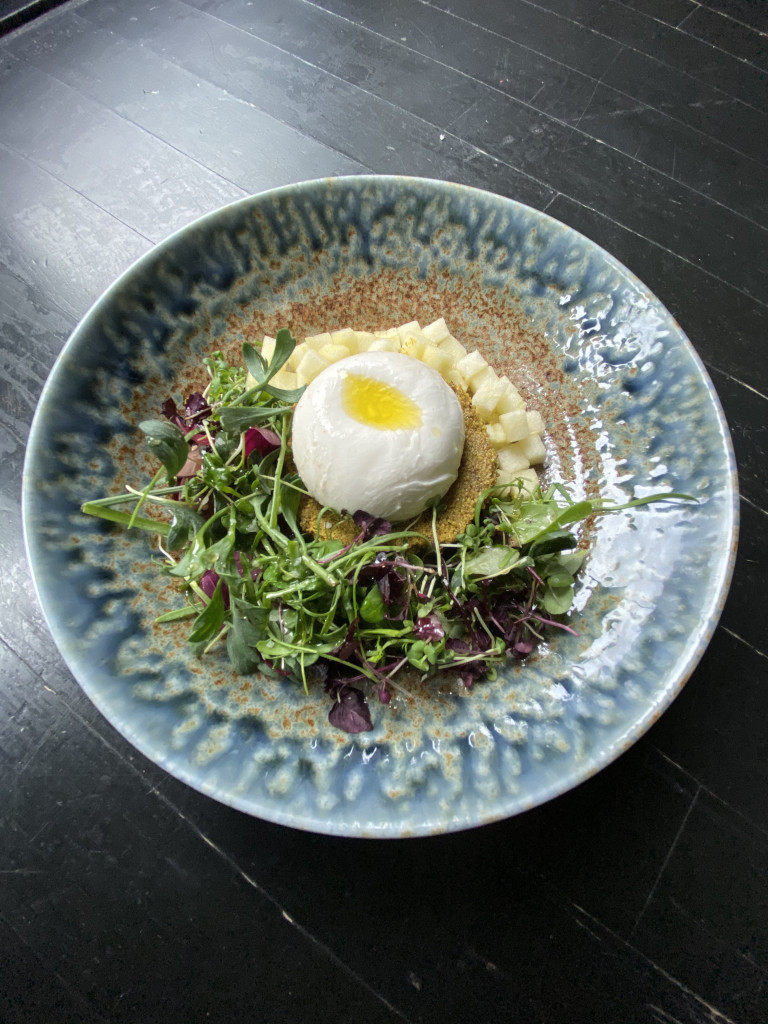