Why Mission-Driven Restaurants Fail in Philadelphia

We may be the City of Brotherly Love, but we can’t seem to keep places like Rooster and EAT Café afloat. 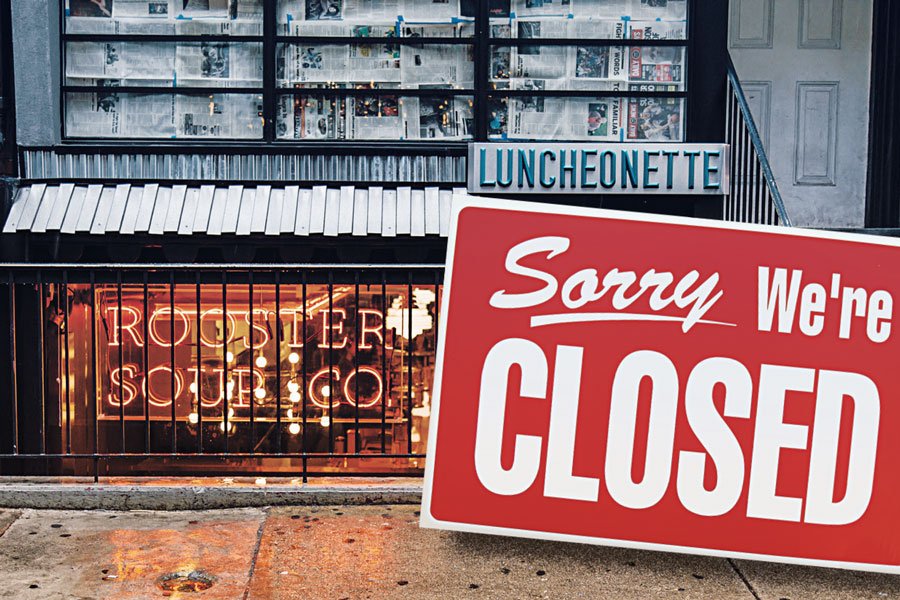 Can mission-driven restaurants survive in the City of Brotherly Love? Photograph of Rooster by Tom Baboon; sign image by iStockPhoto/Getty Images

Beneath our reputation as a tough, no-B.S. town, Philadelphians believe we’ve got an abiding openheartedness born of Quaker roots. But what does it say about Philly that its three mission-driven restaurants — opened with the goal of fighting hunger in America’s poorest big city — all shuttered in 2019?

EAT Café, the Drexel-backed nonprofit providing pay-what-you-can meals in West Philly, closed in April. So did dollar-slice shop Rosa’s Fresh Pizza, whose pay-it-forward Post-its could be redeemed for free meals. Then, in June, the Rooster, CookNSolo’s deli that donated its profits to the Broad Street Ministry, folded.

GM Valerie Erwin likened EAT Café to the United Way: You might give once a year, but not every week. “Once you get past the people who want to support the mission by coming a few times,” she says, “you’re like every other restaurant battling it out.”

Each concept faced challenges in a biz known for razor-thin margins. In the high-stakes world of dining circa now, maybe a worthy mission just isn’t a compelling differentiator. Similar establishments, like L.A.’s infamous LocoL, also flamed out. Yet others endure in places like San Francisco, New York and Vancouver. That even our most successful restaurant group struck out should prompt a hard look in the mirror. Do Philly diners just not care enough?

Maybe the problem was those spots’ all-or-nothing approach. Which is why we’re heartened by South Philly’s 1149 Cooperative, an inclusive event space and chef incubator whose free healthy breakfast program is expanding to three mornings a week this month. Rather than biting off more than it can chew, 1149 is doing what it can, turning surplus ingredients into plant-based morning meals, setting an example for those with extra on their plates. Philly’s still got a hunger problem — and a rep as a city of do-gooders on the line.

Published as “The Hunger Games” in the October 2019 issue of Philadelphia magazine.