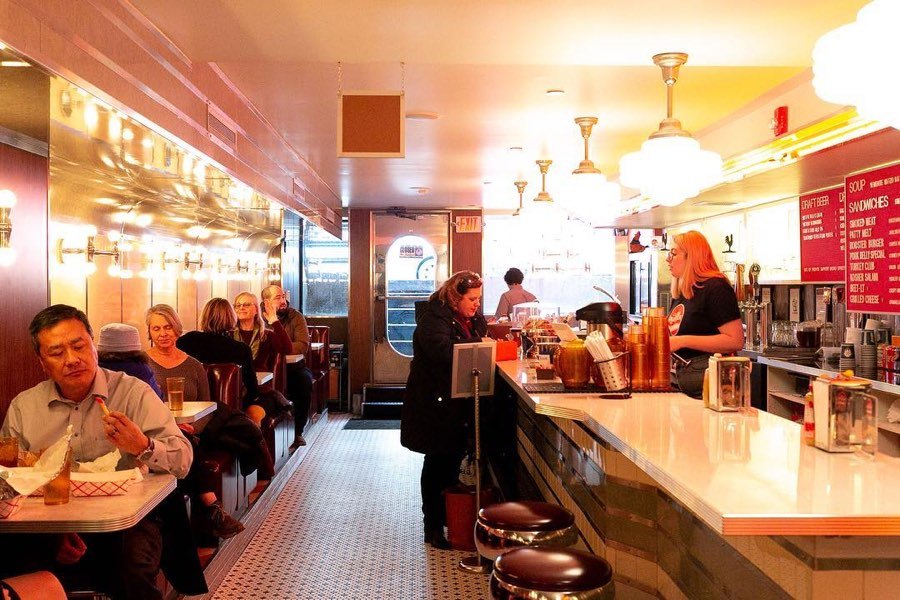 When Michael Solomonov and Steve Cook debuted the Rooster, then known as Rooster Soup Co., in 2017, they were doing something that hadn’t been done before: opening a mission-driven, for-profit restaurant that would donate all profits to a charitable partner. This Saturday, that experiment will come to an end.

“As you might expect, the cause is financial,” the partners wrote in a letter to supporters today. “Although the restaurant started strong two and half years ago, for well over a year we have been funding losses out of pocket in an effort to buy time for the Rooster to find its footing. For a restaurant whose fundamental premise is to generate funds for our non- profit partner, this has become an untenable and counterproductive situation.”

The idea behind Rooster Soup Co. started all the way back in 2014, when Federal Donuts launched a Kickstarter campaign — which eventually drew more than 1,500 backers — to open what was originally conceived as a gourmet soup restaurant that would utilize unneeded chicken parts from the fried chicken and donut concept’s kitchen as the base for its recipes.

Proceeds from the savings were to be donated to Broad Street Ministry’s Radical Hospitality program, which serves free, restaurant-quality daily meals to Philadelphia’s most vulnerable citizens in a dignified setting with real cutlery, tablecloths, and volunteer waitstaff.

The reality remains that Philadelphia is the poorest large city in the country, something that confronts us all on a daily basis. Broad Street Ministry (BSM), through its Hospitality Collaborative, is dedicated to meeting the needs of all of its guests with dignity, compassion and a sense of hospitality that is not just reserved for those of us that can afford to pay for it. BSM’s Executive Director, Mike Dahl, confirmed that the value of The Rooster went far beyond just the dollars raised: “We will always be so grateful to all of the generous people who helped to launch The Rooster—a first of its kind collaboration, to the Rooster staff for helping to teach us what radical hospitality really means, to all of the patrons who supported social justice through their patronage, and to Mike and Steve for their genuine compassion for and sacrifice on behalf of our most vulnerable neighbors. The Rooster has and will continue to serve as a beacon for what can be accomplished when creative minds across sectors come together to solve our community’s problems.” If we accomplished anything at The Rooster these past few years, we hope it was to amplify awareness of BSM’s work across a wider audience. (Pt. 3/4)

Rooster Soup started out strong, earning accolades from national outlets like Bon Appétit, GQ, and Food & Wine for its menu and mission after it opened in January 2017. But last year, we started to see signs of possible trouble: the restaurant experienced some chef turnover, then rebranded as a Jewish deli to better serve customers, who weren’t always in the mood for soup during the summer months.

Though the Rooster is closing, Solomonov and Cook are leaving the door open to future collaborations with their nonprofit partner.

“We are so proud to have helped make the Rooster a reality and we are actively exploring opportunities to keep its mission alive outside of the restaurant setting,” the owners wrote. “In the meantime, we will continue to use our platform to support and draw attention to the vital work that BSM and its tireless staff are doing on behalf of all of us.”

The Rooster will close for good after service concludes at 7 p.m. this Saturday, June 8th. No word yet on what might be next for the space.