Who knows croissants better than the French? 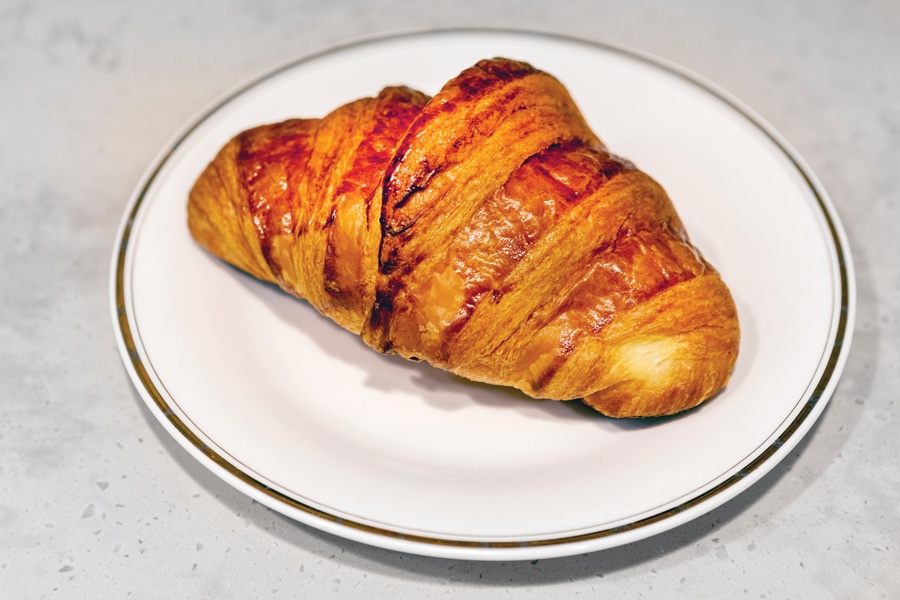 The judges agree: this is the best croissant in town. Photograph by Jared Gruenwald

There’s a reason you’ve been eating a lot of croissants lately. Sure, they’re hard to resist. But also, they’re around. Everywhere, really — because Philly has a new generation of bakers taking the craft very seriously. And they’re all really, really good.

But this is Best of Philly, so we set out to find the crème de la crème. (We know; our jobs are hard.) To do this, Philly Mag’s food team identified the best plain croissants being produced by this new cadre of bakeries: the offerings from J’aime French Bakery in Midtown Village, Hungry Pigeon in Queen Village, Machine Shop Boulangerie in East Passyunk, Kettle Black in NoLibs, and Delice et Chocolat in Ardmore. 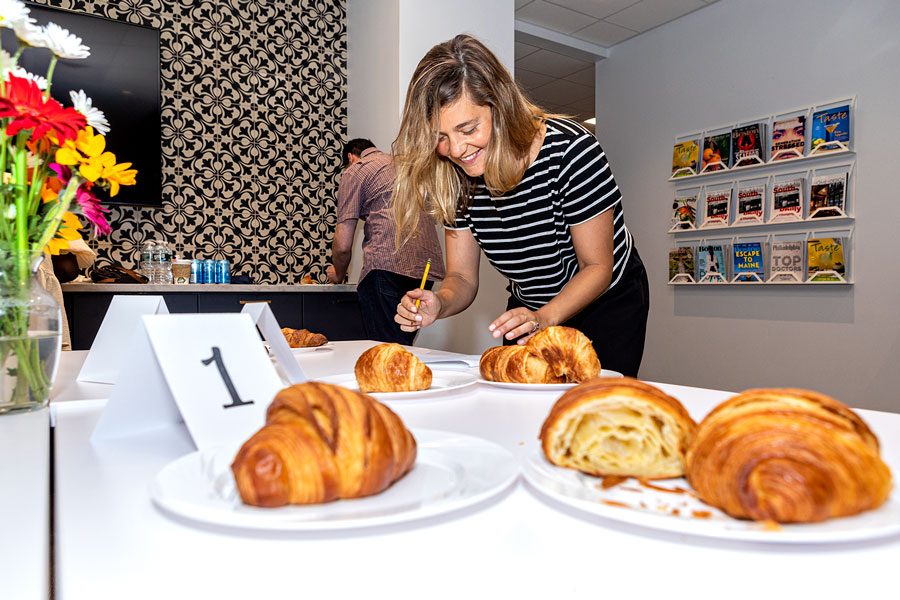 Then we amassed a panel of the only judges in town fit to assess such a serious competition — Philadelphians who are actually French — and gathered them in our offices on June 21st for a blind test. They tasted, smelled, prodded, debated lamination and flaking, then went back for seconds. Charles Aznavour played in the background. It took an hour. There was much deliberation — and a lot of words that we didn’t understand.

All five judges agreed that the Kettle Black croissant was the prettiest — “the best-looking croissant on the table,” according to Cedric Barberet — and that Machine Shop’s was layered beautifully. Delice et Chocolat’s was the one that brought them back to France. (Chloé Grigri called it “the kind of croissant you’d find in a village boulangerie.”) J’aime’s had the perfect amount of salt and a nice crust. And then there was Hungry Pigeon’s. Pierre Calmels said that if he saw it in a window, he’d buy it on the spot. The Grigris loved its crispy ends. Barberet said it was well developed, with great lamination. Sonia Adamson said it reminded her of her childhood.

In the end, it was unanimous: Hungry Pigeon makes the best croissant in Philly. But you already knew that, non?

Published as “Who Makes the Best Croissant in Philly?” in the August 2019 issue of Philadelphia magazine.