This summer, members can finish their evening with a sweet sip at the South Philly private club. 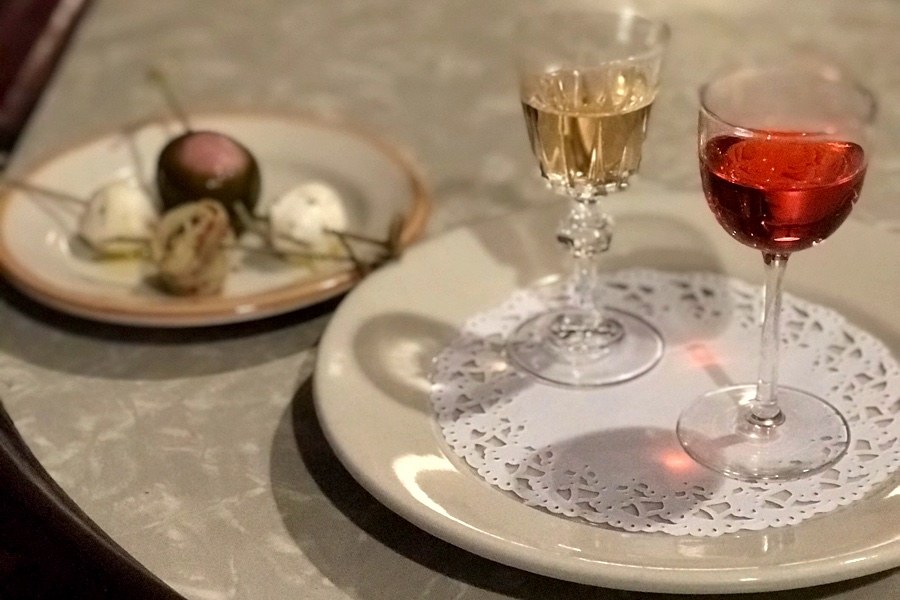 If you belong to Palizzi Social Club, they’re about to roll out yet another reason you’re lucky to have a membership.

Owner and club president Joey Baldino got the idea while he was going over old membership logs and read about colorful shots that members had enjoyed there. They’d come by the club after work for a beer and a shot — a sort of an Italian take on the Citywide. Baldino’s grandfather, who owned a restaurant two doors down from the club, also served them.

So he decided to introduce a slate of what they’re calling colpo artiginale — artisanal shots — featuring traditional flavors from Vasto, the Italian town from which the club’s original members hailed. The recipes were developed by Palizzi’s lead bartender Jorgen Eriksen and bartender Gabrielle Fenerty.

The shots blend different liqueurs, amari and spirits — think Grand Marnier with crème de menthe or smoky scotch mellowed with the hazelnut flavors of Frangelico. Guests can order any two shots to get $1 off, with a plate of mixed antipasti thrown in to share. There’s also the Cynar Shot Ski, a set of three shots of the artichoke-based amaro, for friends to do together.

The shots, meant to serve as a sort of dessert-nightcap combo, are only available in the wee hours on Friday and Saturday nights — 1:30 a.m. to 3 a.m. — so plan accordingly. You can get them starting Friday, July 12th, and they’ll be around all summer long.

Check out the shots menu below (click to embiggen). 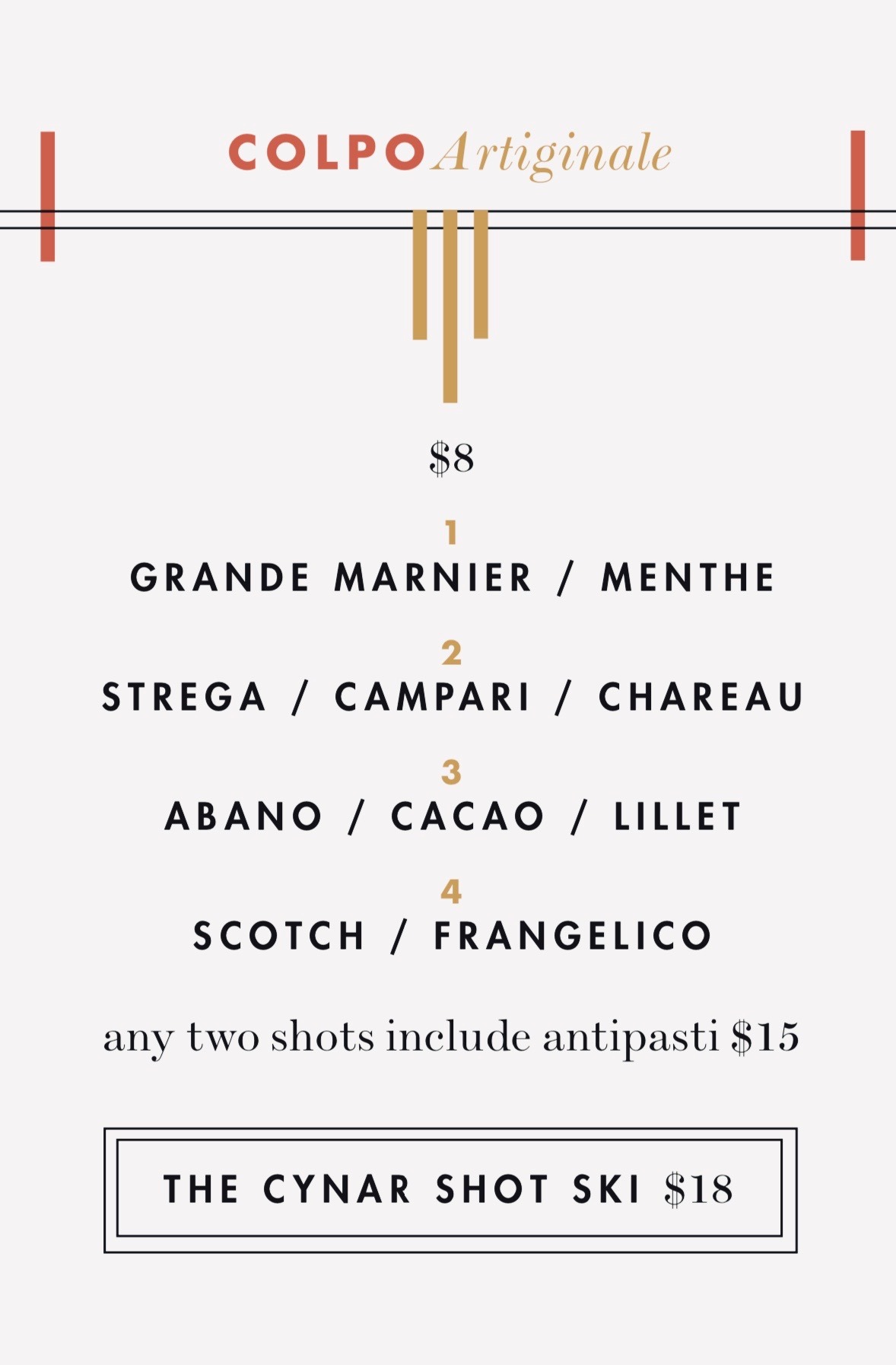