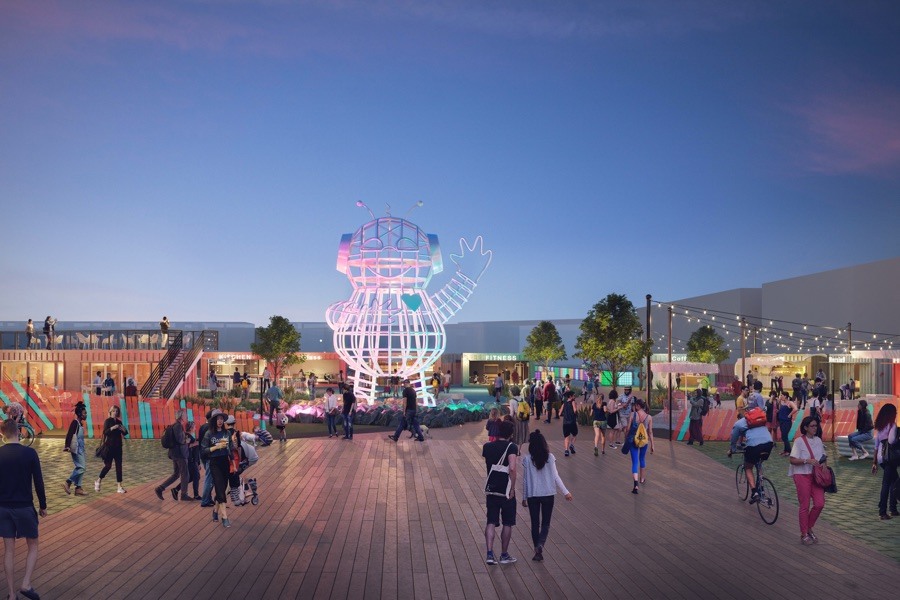 The park was developed by Post Brothers, who acquired the Piazza and Liberties Walk in 2017. With the Pod Park, the company hopes to shift the focus away from the Piazza’s troubled central plaza in favor of the more visible and accessible outdoor space along Germantown Avenue.

Outposts of New Liberty Distilling, Port Richmond-based Mama Maria’s Italian Ice, Spread Bagelry, and Urban Village Brewing Company are also among the first round of vendors popping up in the park. Additional vendors will be announced soon. 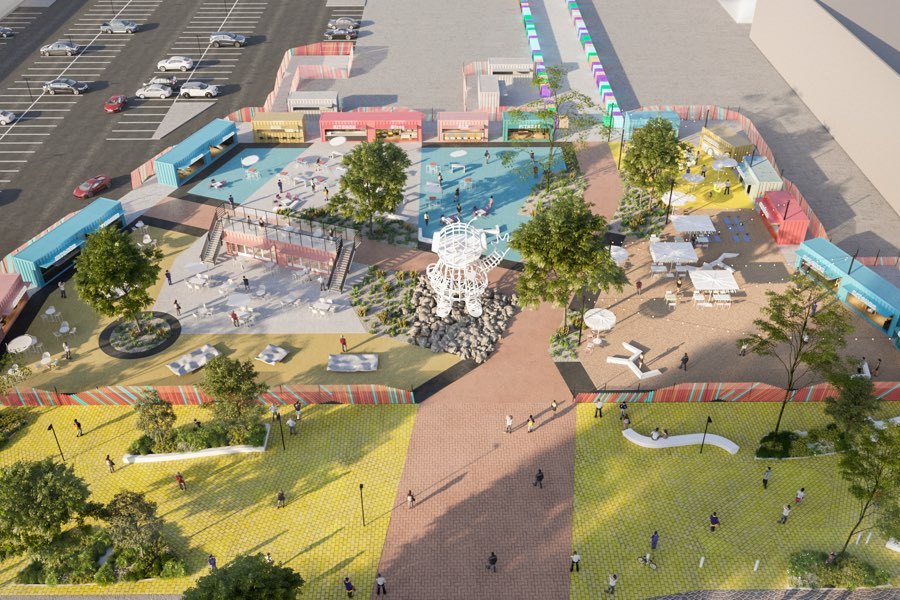 Food vendors at the park will operate out of repurposed shipping containers, each with its own climate control and speaker system. The space will feature 300 seats for al fresco dining once it’s fully open, as well as a bi-level, enclosed “dining pod” with climate control and a roof deck at the center of the park. Festivals, markets, live broadcasts of sporting events, movie screenings, and other events will also be held in the space.

The Piazza Pod Park will feature two large-scale art installations: BEBOT, the 33-foot-tall robot sculpture erected in January, and Think Cubes, 800 feet of illuminated cubes made from more than 185 interconnected water storage containers and 100,000 LED lights, lining a pathway on one side of the park. Both originally debuted at Burning Man.

In addition to play areas for families and retail spaces made from 14 recycled shipping containers that will ring the sculpture and the dining pod. In addition to pods housing restaurants and retail, there will be three “family pods,” including a flower-covered pod specifically for nursing moms.

The Piazza Pod Park is set to open in early May, almost exactly 10 years since developer Bart Blatstein debuted the original Piazza. The park will be open from 7 a.m. until 10 p.m. Sunday through Thursday and 7 a.m. until midnight on Friday and Saturday.