The menu items you need to try, ranked. 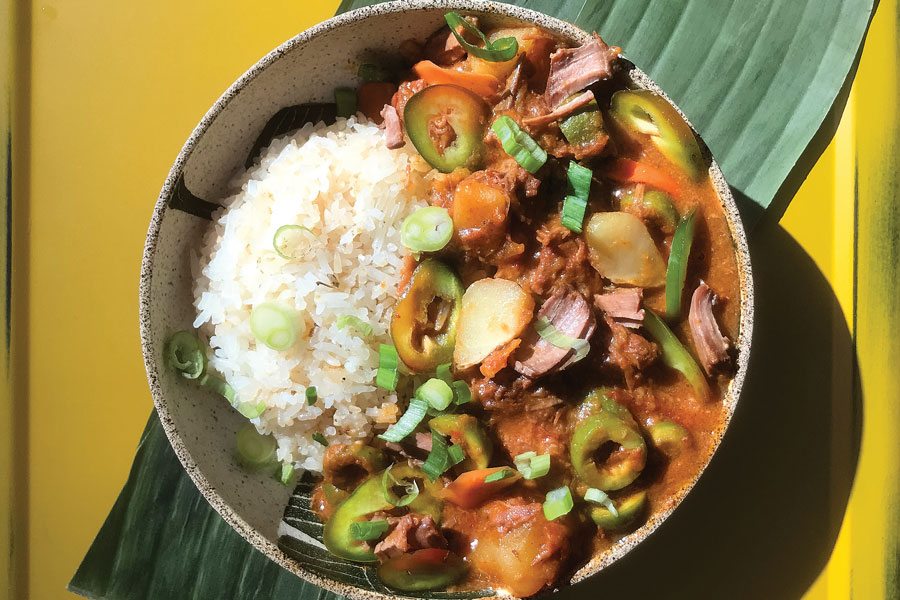 Certified humane pizza and this stew from Lalo are must-eats this month. Photograph by Neal Santos.

The menu at this noodle shop is so simple that when a new item drops, you pay attention. And their take on this ubiquitous sando is, indeed, a standout. A boneless chicken thigh is layered with all sorts of spicy, sweet and sour things. You’ll be ruined on plain ol’ BBQ sauce forever. 1935 Chestnut Street, Center City.

2. The oysters-and-champagne menu at Eddie V’s

Well-heeled Main Liners are flooding this fine-dining chain, probably for this delightfully over-the-top menu; you can get a half-bottle of Krug Grande Cuvée with six oysters for $218, and Petrossian caviar service. (But skip the tableside beef tartare.) 670 West DeKalb Pike, King of Prussia.

You’ll never be able to replicate chef Cristina Martínez’s lamb tacos at home. But now that she’s selling her masa — the dough she uses to make tortillas — you can get closer. If you’ve seen Martínez’s Chef’s Table episode, you know she went to great lengths to get the right Mexican corn seeds to a farm in Lancaster, where they’re grown to her specifications. 1140 South 9th Street, East Passyunk.

The first small-batch mezcal from a company headquartered in Philly; Dock Street Brewery makes it from high-quality agave milled by donkeys. In the U.S. since 2014, it’s finally in state stores. Don’t see it? Ask. Fine Wine & Good Spirits employees like to keep the good stuff in the back.

Winter isn’t quite finished with us yet. Soothe your soul with stew from this delightful Bourse food-hall stall: It’s a mix of olives, veggies, liver pâté and chili oil that’s spooned over garlic rice. 111 South Independence Mall East, Old City.

6. The Whole Hog at Oath Pizza

This outpost of the nation’s first certified-humane pizzeria has an unusual crust that’s like a cross between chapati and bhatoora and seared in avocado oil. We were suspicious, but our panel of tasters loved every bite of this pork-topped pie. 59 St. James Place, Ardmore.

Don’t let the setting — a shopping center in Drexel Hill — fool you; this thoroughly modern eatery offers fresh versions of classic breakfast, brunch and lunch fare. The Tank — eggs, potato hash, sausage, bacon and peppers, served in an iron skillet — will keep you full all day, while the fact that some profits go to environmental charities will warm your heart. 1011 Pontiac Road, Drexel Hill.

Published as “The Menu” in the March 2019 issue of Philadelphia magazine.