With the opening of Fishtown's Da-Wa, Joe Kim realizes a dream 22 years in the making. 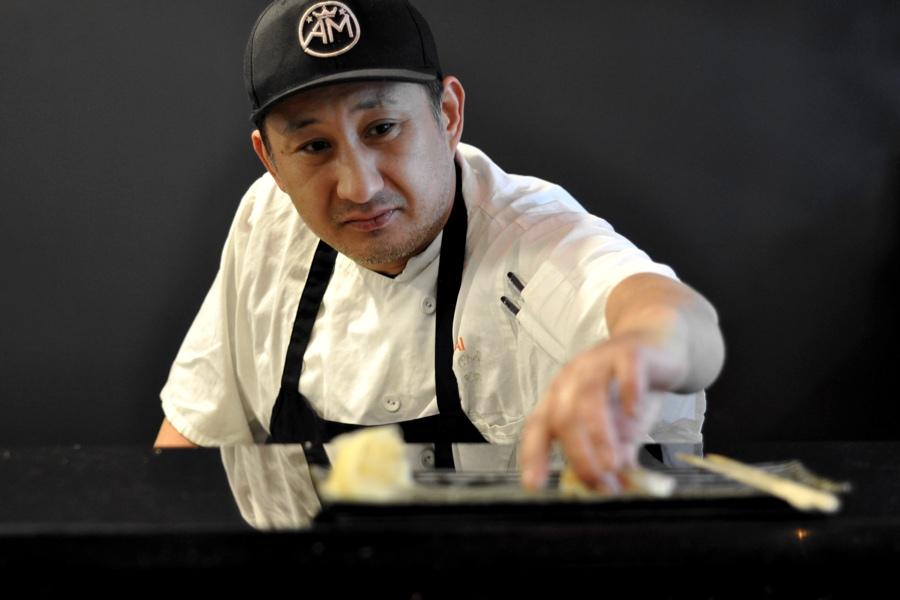 Philly’s seen a wave of high-end sushi spots and omakase specialists announced and opened in recent months. But none have captured our attention like Da-Wa, Joe Kim’s no-frills sushi and ramen shop. Maybe it’s because of the top-quality seafood he sources, or the scandalously affordable $59 omakase you can reserve for weekend evenings. Or maybe because it’s the first decent sushi spot in a bustling, food-obsessed neighborhood that clearly needed one.

Kim — who spent two decades learning the craft of sushi and leading kitchens at fine dining spots in Philly, New York, Austin, Washington D.C., and the Hamptons — is planning to expand into the former transmission shop next door, tripling the restaurant’s footprint; he hopes to have the expanded space open sometime in March. I spent some at Da-Wa’s chef’s counter in conversation with the affable, enthusiastic chef (and devouring each glistening, toothsome bite of fish he put in front of me).

Where did you grow up?
I came to Edgewater, New Jersey from South Korea when I was 12. But I grew up right outside Philly, going to bars and clubs here when I was young. I still live 15 minutes over the bridge.

What’s your background as a chef?
Back in 1997, Sagami in New Jersey was booming. When I was young, my mom used to take me there for my birthday as a special occasion thing. The sushi there opened my mind.

I told my mother I wanted to open up a Japanese restaurant. She says, “Joseph, go to culinary school and I’ll open up a restaurant for you, no problem.” I moved to New York, went to culinary school, I came out, I told Mom I was ready. She says, “No, Joseph, you need experience.” That experience took me 22 years. I thought sushi was a very simple thing — good rice, good wasabi, good fish — but the more I learned, the more I realized I needed to learn and keep on learning.

Now, Mom is retired, but she helps out in the back. She wanted to me to do well. It’s a big family business. 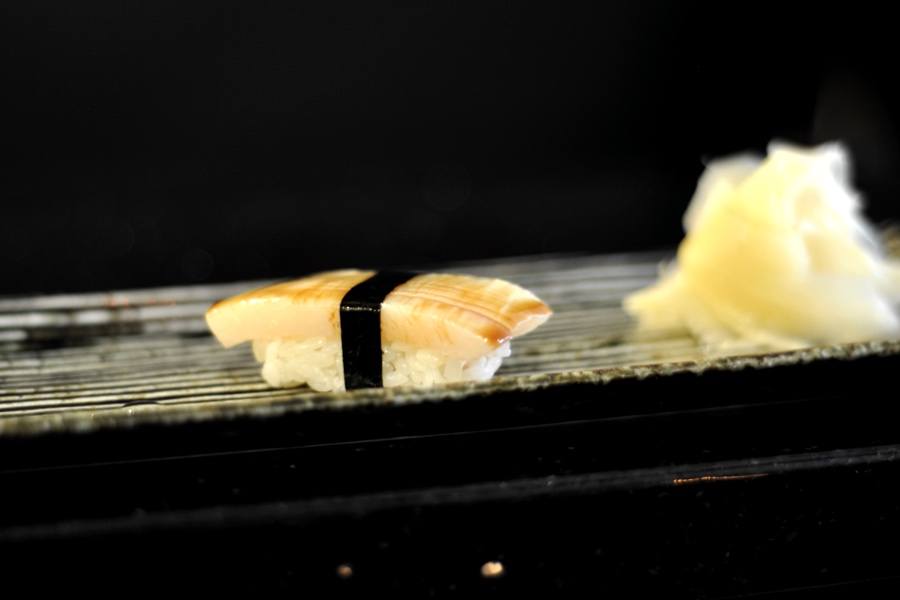 What it’s like to work closely with your family?
I’m not paying them, but they’re really helping me right now. [Laughs.] I have two younger brothers and my mom here every day helping me. My brother Jim used to work on Wall Street, and he builds houses now. My wife Ellie works here. Wednesday she has bible study and Sunday she has church, so she doesn’t come out on those days.

How did Da-Wa come to be?
“Da wa” means “everybody’s welcome.” The rent is very reasonable in Fishtown, it’s not like New York. A lot of people tried to stop me because it’s right next to the subway, but I felt the opposite.

At first I was very scared, because when I opened we were making, like, a hundred dollars a day. Front Street at lunchtime doesn’t look pleasant. But I started making friends with customers in Fishtown. Great people live in Fishtown.

What’s your favorite thing on the menu?
That’s a crazy question. Sometimes sushi, when my new fish comes in. I think it’s the same as every chef — everything on my menu has a little bit of memory. It’s what I like to eat. 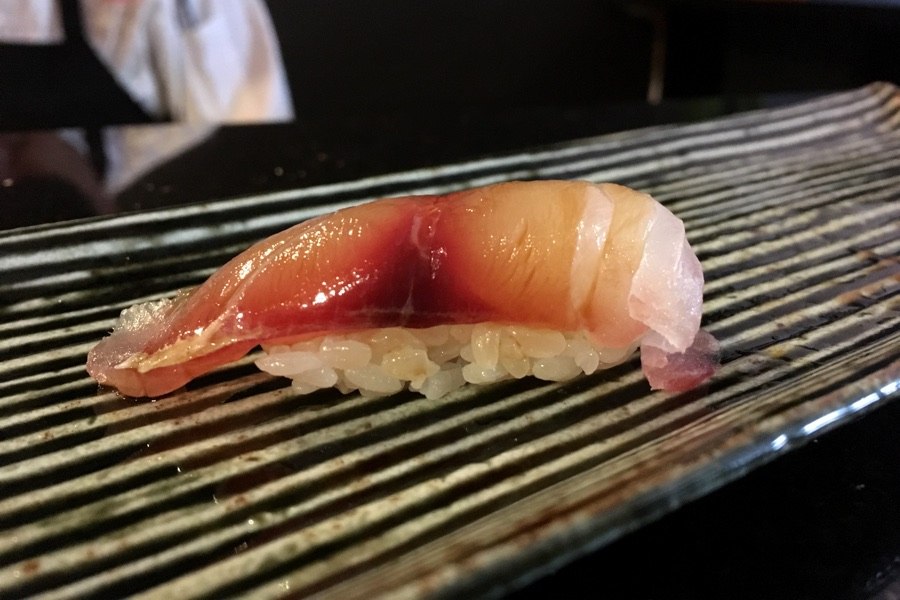 What makes your sushi so special?
When the fish comes in, everybody stops working. Everybody focuses on the fish, because we want to prep it as fast as we can and get it back into the refrigerator. When fish comes in, those are my happy days, because I feel so confident. If I give you a piece of sushi, I’m not ashamed. I’m very proud to serve you my product.

I source direct from Japan from Yama Seafood and some local sources like Samuels for my king salmon and Mexican bluefin tuna. Yama is what Morimoto uses. The quality is a little more pricey, but it’s worth it.

I have a chef friend named Takeshi. He works at Morimoto on the weekdays and on the weekends, he works with me. He says, “Joseph, you’re crazy,” because the quality of fish that I use in this restaurant is top notch. The price here is also very excellent, because it’s a family owned business.

How do you decide how to serve each type of fish you bring in?
I sleep on it for a week. That’s my homework every time I go home. I don’t want to do the same thing all the time. It depends on the customer, too — if they’ve had the omakase, I don’t want to give them the same thing the next week. You can learn some crazy stuff in 22 years. 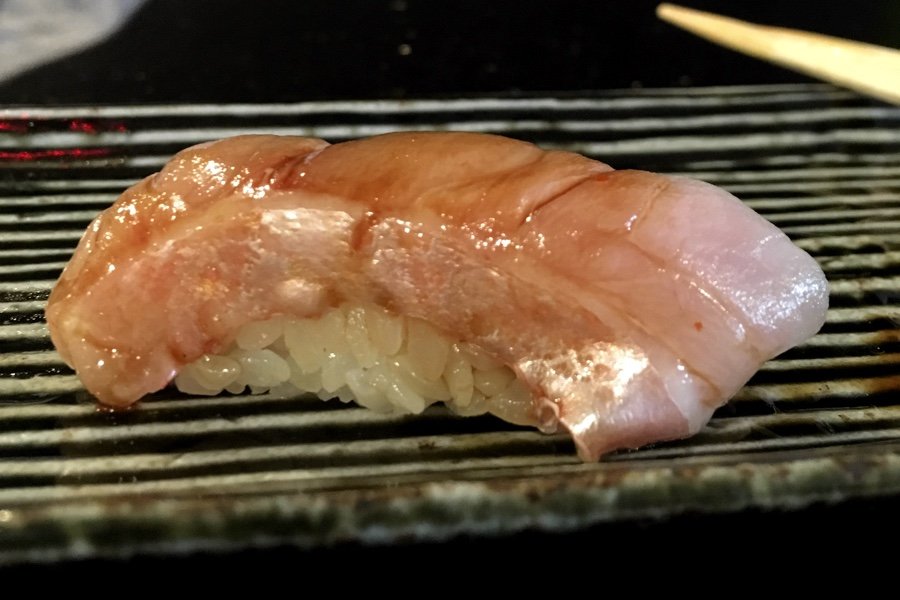 Japanese concepts are blowing up in Philly right now, especially omakase-focused sushi spots. What is it about the omakase experience that’s so appealing?
Sushi is all about timing. The rice is fresh, the fish is fresh. When a customer comes in to have my omakase, we are serving for that customer for two hours. It’s an intimate experience.

But I want people to know that this is not a fine dining restaurant. This is a casual, local sushi bar. You don’t come here and spend three or four hundred dollars. But our sushi is not cheap, because the tuna we use here is only bluefin, and we use only king salmon. That’s why it costs more, and that’s why I pay more.

What inspires you to do this work?
That’s a hard question. This is the only thing I’m good at.