Philly Restaurants and the Outsourcing of Authenticity

How do you turn a big, moneymaking enterprise into an attractive restaurant? 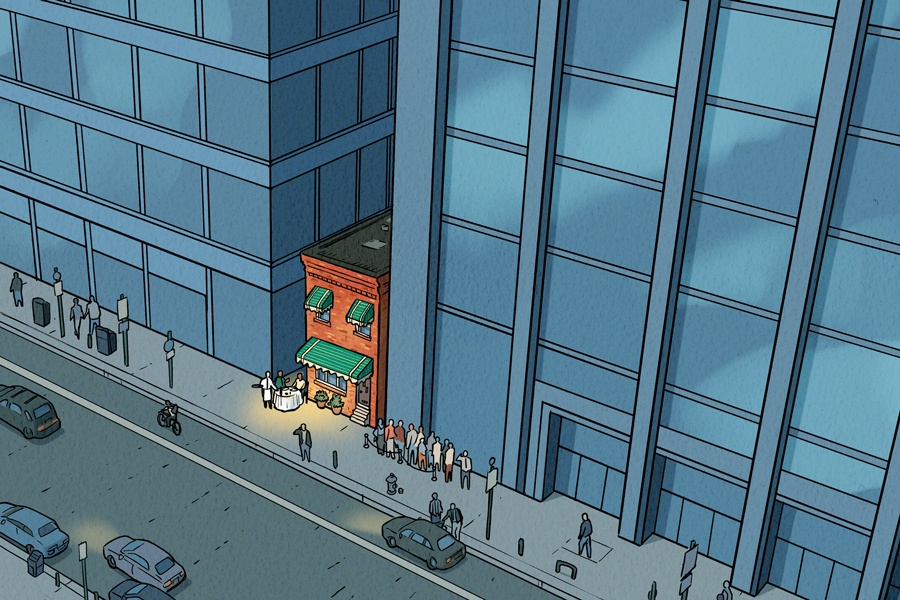 I’m inside Giuseppe & Sons on its opening day in November, and owners Michael Schulson and Nina Tinari are showing off the restaurant’s collection of antique amari: heavy, dusty, warped bottles of Campari and Zucca. Sinatra is crooning from the speakers, the booths are tufted, and my tongue is poking around my mouth for any leftover bits of Vince Termini Sr.’s famed tripe parmigiana.

I’m having very complicated feelings about this restaurant, because I know the inspiration behind it is Mr. Joe’s Cafe, the Termini family’s tiny, beloved eatery in South Philly. I also know a million Mr. Joe’s Cafes could fit inside Giuseppe & Sons, and at Mr. Joe’s Cafe, the wine is free with lunch. This restaurant — physically impressive — is nothing like Mr. Joe’s. But I know the Termini family was heavily involved, having partnered with Schulson on this venture, and that’s enough not only to keep my eyes from rolling, but to convince me of its promise.

There was a time, not too long ago, when all a chef or owner had to do was find a location and drop in a concept. That concept could literally be anything, as long as it was novel enough to our still-developing foodie brains. That’s how we ended up with Buddakan, Sampan and Lolita — restaurants with no real connection to anything other than, well, a carefully calculated theme. And we loved those restaurants — for all the reasons that feel a little lame to us today.

Our tastes evolved. We got more worldly, more political. We dug deeper. We craved a story: Who’s running this restaurant? Where do the ingredients come from? What’s going on in the kitchen? The most notable restaurants to open in the past decade — Vernick, Laurel, Saté Kampar, South Philly Barbacoa — all deal in authenticity, in one form or another.

So where does that leave the restaurateurs with the funding to open big moneymaking eateries?

Giuseppe & Sons could never have worked without the Termini family. The father-and-son team of sushi masters Matt and Jesse Ito were scooped up by restaurateurs David Frank and Stephen Simons to make Royal Izakaya’s $130 omakase price tag palatable. Suraya would be an entirely different place if it didn’t have co-owner Nathalie Richan, who wove her family’s Lebanese heritage into every element of the restaurant.

It’s that little bit of thoughtfulness that goes a long way. That distinguishes soul from theme — a restaurant from just a concept.

Published as “Soul-Searching” in the February 2019 issue of Philadelphia magazine.