From those kinda-wet plastic-wrapped soft pretzels to the ... um ... clam chowder?! 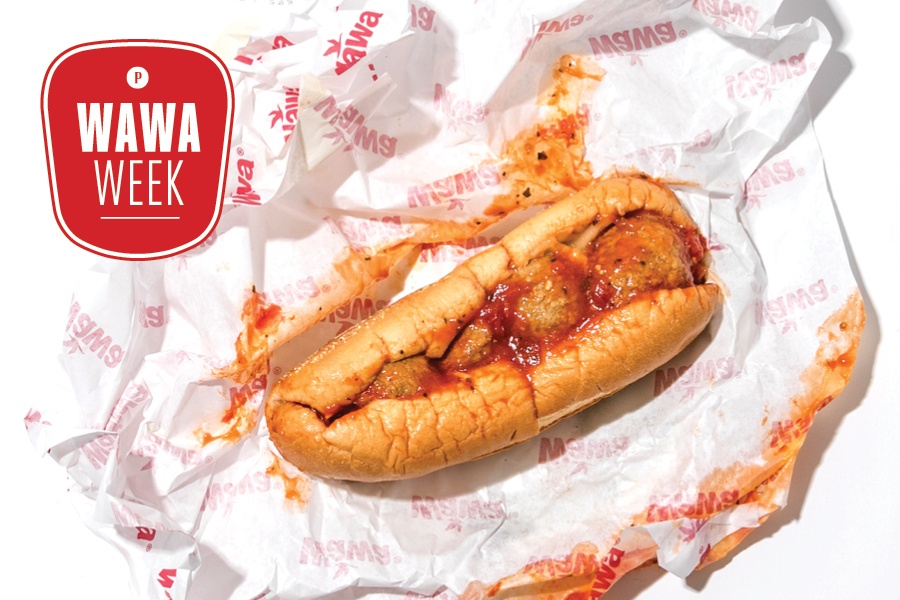 The meatball Shorti at Wawa

There are opinions about the Wawa menu that are wholly uncontroversial. It’s not like you’re going to say “Hey, I love a good Wawa turkey Shorti now and then” and someone is going to start throwing things at you in a fitful rage. But there are other Wawa menu items that are far more polarizing. We asked the Philly Mag staff to tell us about the Wawa menu items that they love, even though they know they shouldn’t. 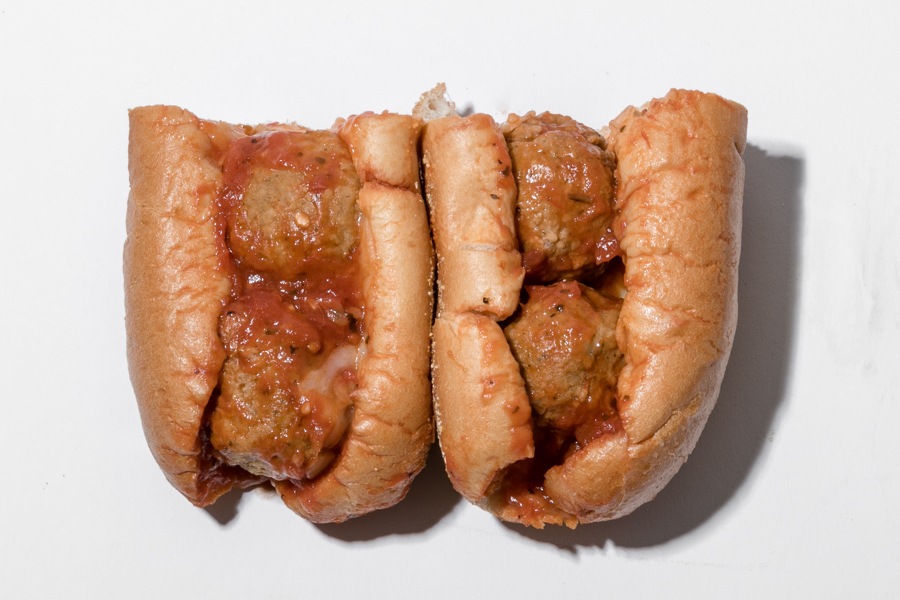 Because my last name is Fiorillo, people assume two things about me: that I am Catholic and that I make great meatballs. They are correct about one of those things. (I’m Presbyterian.)

I think when I was a baby, my Italian grandmother used to put meatballs in a blender and feed me the resulting pork-veal-beef sludge. I’ve been eating meatballs forever. And I’ve been cooking them for as long as I’ve been cooking. They are probably the first thing that I ever learned to make. I make the best meatballs. I will put my meatballs up against anybody’s meatballs. Yes, including you, Mr. Marc Vetri. And obviously the lady in South Philly with her vegan meatballs. I mean, c’mon. Let’s be real here.

Yeah, the rolls used to be better, fine. But as an overall sandwich, I find nothing at Wawa even close to as satisfying as a meatball Shorti with “parmesan” cheese, oregano and provolone. Granted, I am almost always drunk when I make this decision, but it is a decision that I never regret. I have no idea who is making these meatballs. I have no idea where they are being made. I am guessing they are frozen in some factory. They may be made in a test tube for all I know. And I really don’t want to know. But give me a Wawa meatball Shorti or give me nothing. That is all. —  Victor Fiorillo 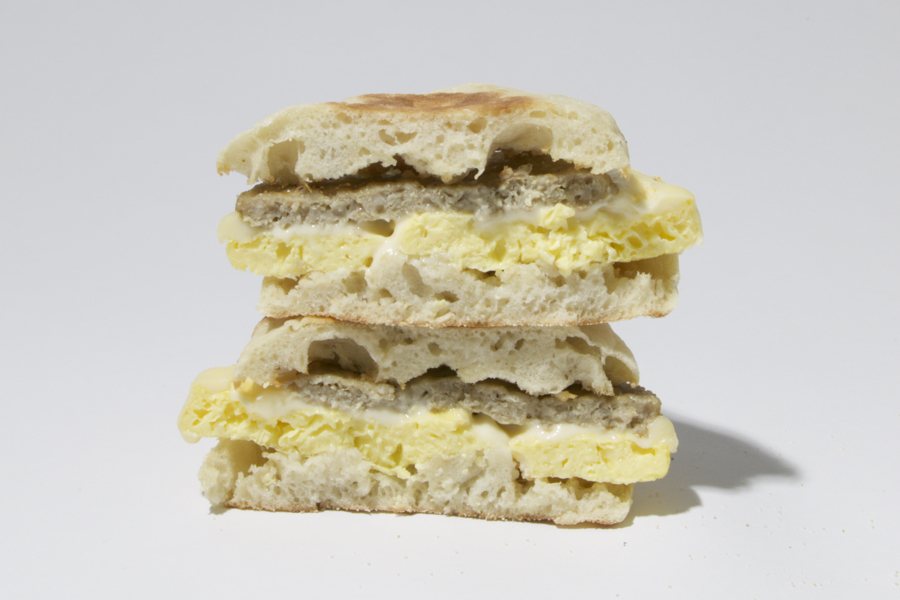 My relationship with the Sizzli began when I was commuting by car to Kensington from West Philly, perpetually running too late to eat breakfast before working a physically demanding job selling, ironically, local produce. I started hitting up the Aramingo Avenue Wawa, first out of desperation, then out of love.

No way in hell was I, short on sleep and probably a little hungover in that wonderland of quick-serve, prepackaged goods, going for a “healthy” meal of granola bars and pineapple chunks. I’d give myself the gift of salt, fat, carbs, plastic cheese, and way too much caffeine in an impulse somewhere between indulgence and self-destruction, and be much more equipped to start my day than when I’d arrived.

But not just any Sizzli will do: the sausage biscuit, with its slick of melted American cheese, fluffy egg, savory seasoned patty, and biscuit tender to the point of falling apart (my one complaint about this wonder food) is my favorite, followed by the English muffin and the croissant. The bagel, typically leathery from its steamy cardboard box, is a 10:59 a.m. last resort; as for the egg whites and turkey bacon option, you’re better off just grabbing a pretzel (see below). Eaten at my desk, sitting in the parking lot, or haphazardly behind the wheel, I love it. No guilt in this pleasure. — Alexandra Jones 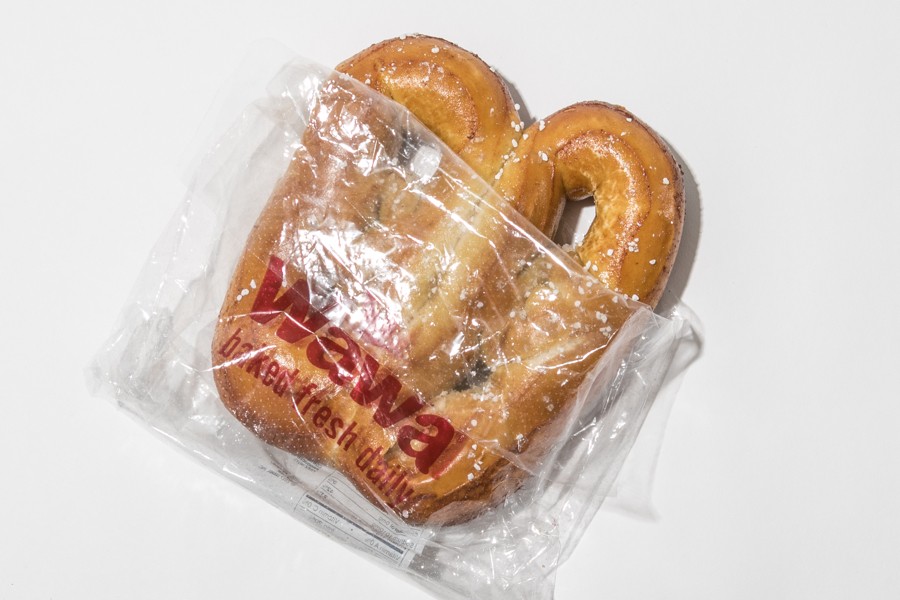 There seems to be some kind of pervasive, asinine notion that anyone who likes Wawa’s soft pretzels isn’t a real Philadelphian. But here’s the thing: While I understand the cultural value of hitting up a street vendor for some Philly Pretzel Factory goodness at an Eagles game once in awhile (and really, I do), nine times of out 10, if I’m in the mood for a nice hunk of dough on the go, I’m going to opt for Wawa.

Their soft pretzels taste exactly how soft pretzels should: evenly salted, with a firm outside and a soft, cushy, I’ll say it, moist center — it’s like a little cloud of carbs in your mouth. To those who say they’re too doughy, I respond: Is there really such a thing? I’m not ashamed. I’ll devour a double pack in one sitting. And I’ll tell you what, they’re filling. I eat one, and I’m good to go for a few hours. Then I’m back for another. — Claire Sasko 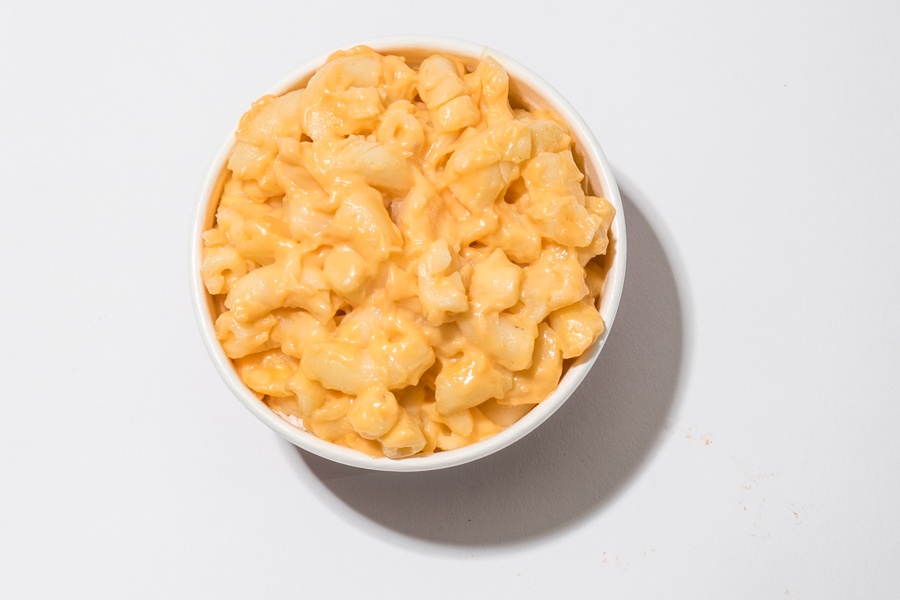 Wawa mac ’n’ cheese is noisy. If the company had more national appeal, if it weren’t a perishable product, Nickelodeon could have probably sold it during commercial breaks in the ’90s.

It’s tacky and creamy and the bits of macaroni are the opposite of al dente — all of it one, uniform, sludgy texture. There are no breadcrumbs for crunch, no nubs of meat, no peppers, no tomatoes. Just yellow-ass mac ‘n’ cheese that makes a lot of sticky noise when you stab it with a fork.

And yet, no matter your order — lunch, dinner, hell, even breakfast — no meal from Wawa feels complete without it. It is the weird treat that comes after your actual meal. Savory dessert. — Alex Tewfik 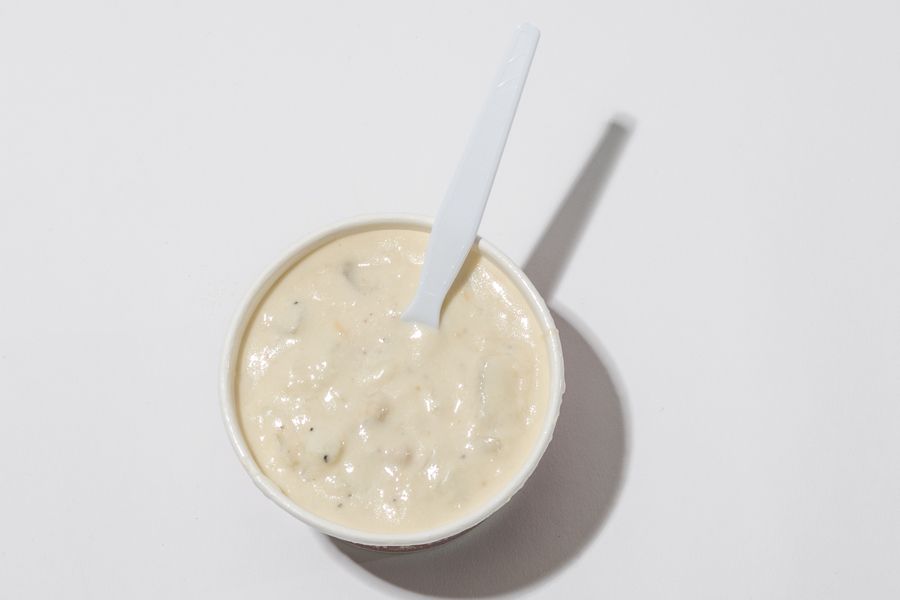 I’m from the heartland, where they don’t know from clams. So my first exposure to clam chowder came when I landed in New England for college. Good New England clam chowder — I prefer that thick, creamy stuff to the minestrone-with-clams that Manhattanites for some reason choose to identify with — has lots of clams in its savory, chunky roux.

A lot of the clam chowder that you get from delis here in Philly tastes like clam-flavored wheat paste with potatoes. And that’s why, when I want a decent, cheap cup or bowl of chowder, I go to Wawa.

For starters, the Wawa clam chowder has actual clams in it – you can taste, feel and even see the quahogs in almost every spoonful. And for another, you can get it seasoned with Old Bay, the Baltimore spice that makes everything from the ocean taste better.

Sure, I’ll get better clam chowder at the Oyster House, and with Original Trenton Crackers on the side, too. But I won’t get better for as little as it costs at Wawa, where I also don’t have to wait 30 minutes for a table. — Sandy Smith